A couple turned their unusual vision into a reality by converting a Cold War era nuclear missile silo into a vast 18,000-square-foot castle.

Their extraordinary creation 25 miles west of Topeka in Kansas is now on the market for $3.2 million (£2.5 million).

Underground missile silos are used for the storage and launching of intercontinental ballistic missiles (ICBMs). The structures typically store the weapons some metres below ground, for safety reasons.

This property housed an Atlas E intercontinental ballistic missile with a 4 megaton warhead in its protective underground cavern.

The couple reclaimed the property from ruin and have transformed it into a haven of peace and tranquility, but kept its old missile bay where the weapon would once have stood, in a nod to its ominous history.

Ed and Dianna Peden spent no less than 33 years renovating the former silo and transforming it into a huge underground castle.

After renting out their home on Airbnb for years, the Peden’s have decided to sell it on to one lucky buyer, but the property is not for the faint-hearted.

The couple have enlisted the help of friend and property manager Matthew Fulkerson, who got married on the property.

The underground mansion, which the couple have dubbed a ‘subterra castle’, is ‘turn-key,’ meaning it can be bought and moved into with no extra work.

The historic site has even been featured on many domestic and foreign television shows.

A view of the underground property from above, with a castle turret visible and poking through the ground. The property is built on 34 secluded acres outside of Topeka, Kansas. Ed and Dianna Peden have dubbed their unusual creation a ‘subterra castle’ 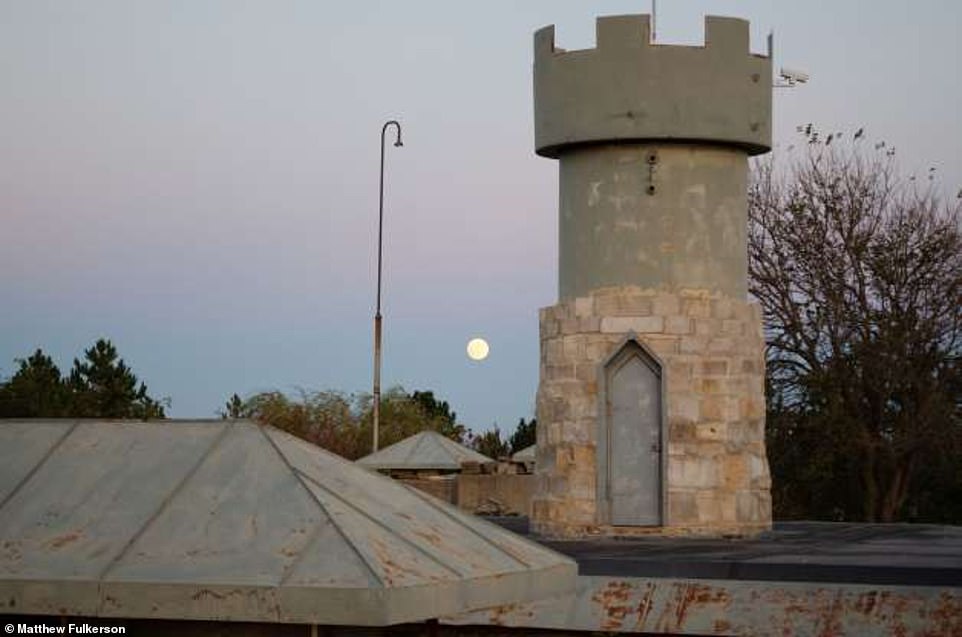 While most of the property is underground, the home is complete with two castle observation towers and features high-tech security to keep inhabitants secure inside their $3.2 million home 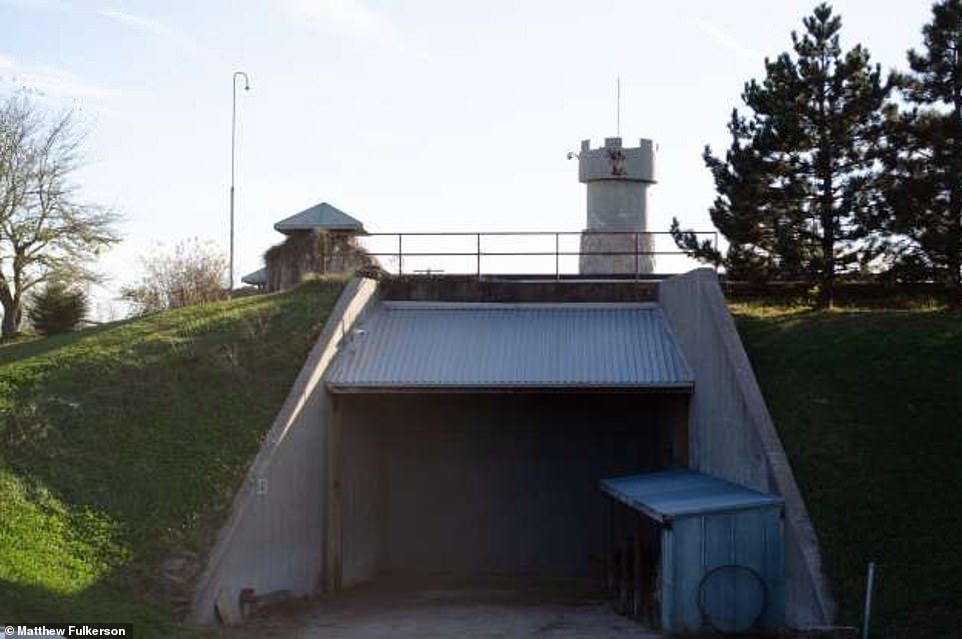 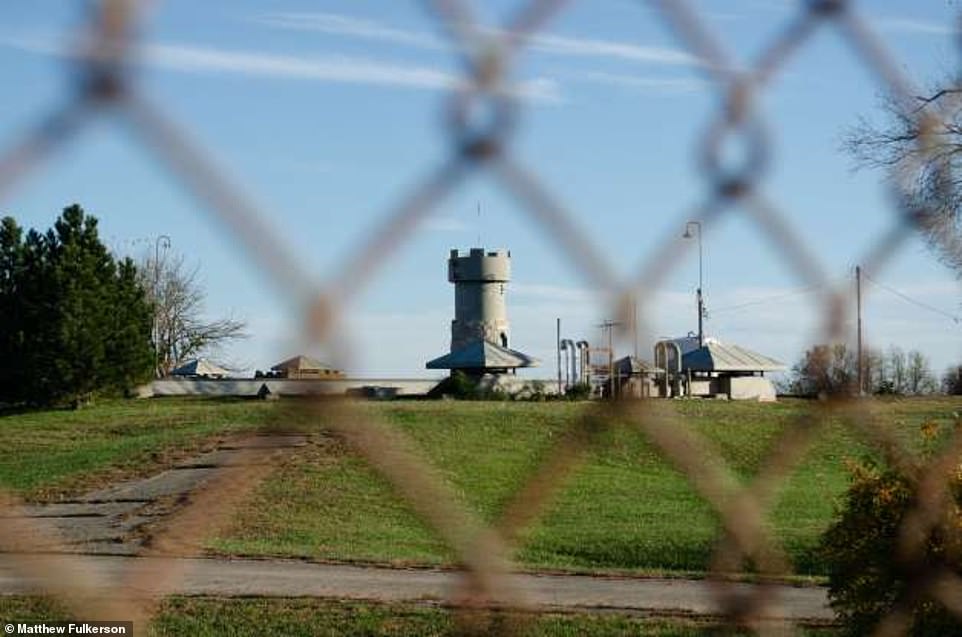 Security is a key feature of the property and as well as castle observation towers, the dwelling is surrounded by an 8-foot security fence to help keep out intruders 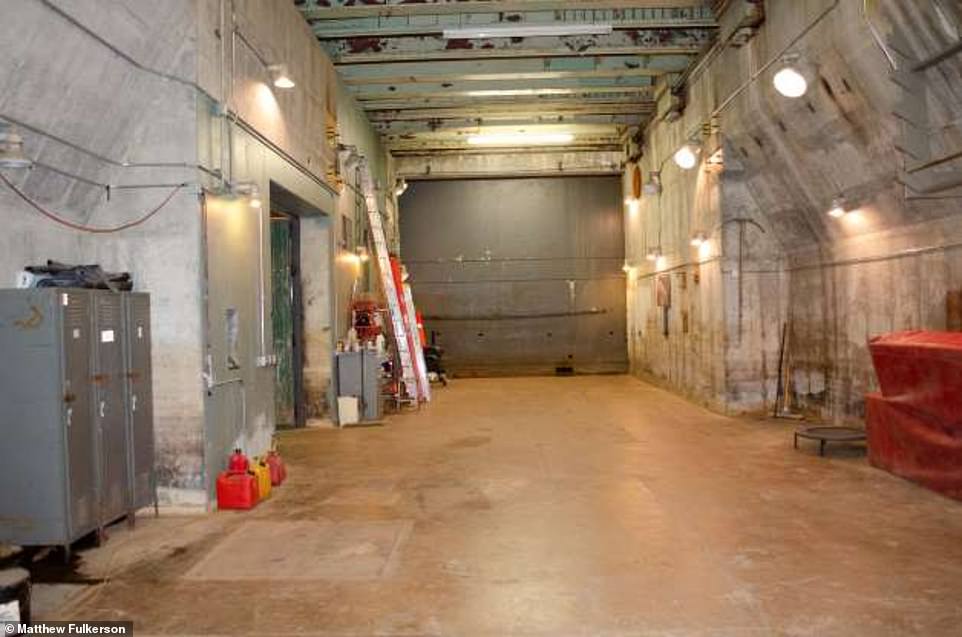 The couple deliberately retained some parts of the property, like the old missile bay, where the Atlas E intercontinental ballistic missile with a 4 megaton warhead would have been stored. The bay still looks like it did when the space was in use.  Meanwhile other rooms have been totally renovated and are now unrecognizable 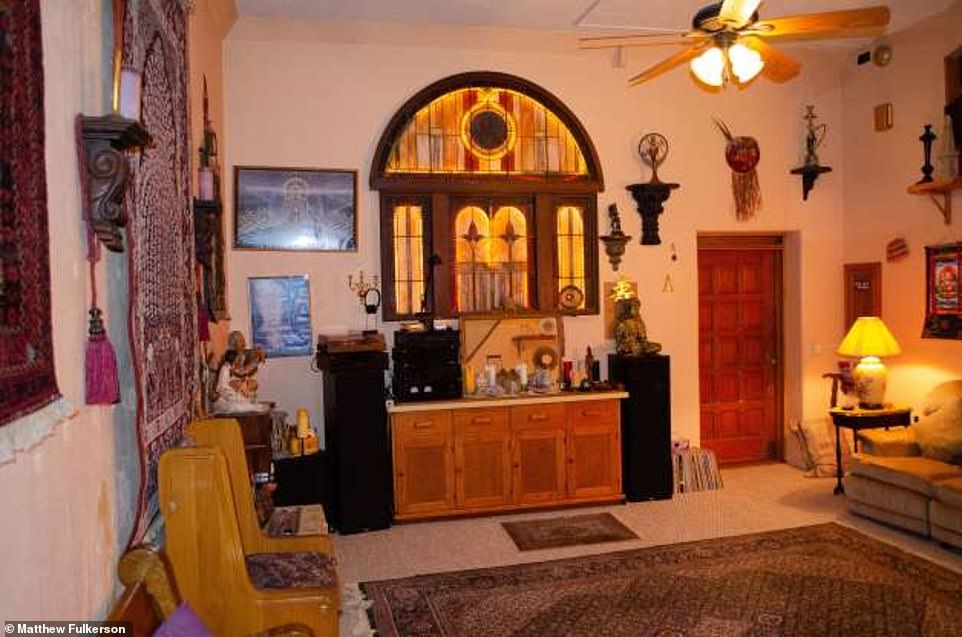 The former silo has been adorned with a homely design including plush white carpet, comfortable lighting and dressers. The castle has several entertainment centers, and the furniture is available to purchase along with the property, making it a ‘turn-key’ property that can be bought and moved into with no extra work 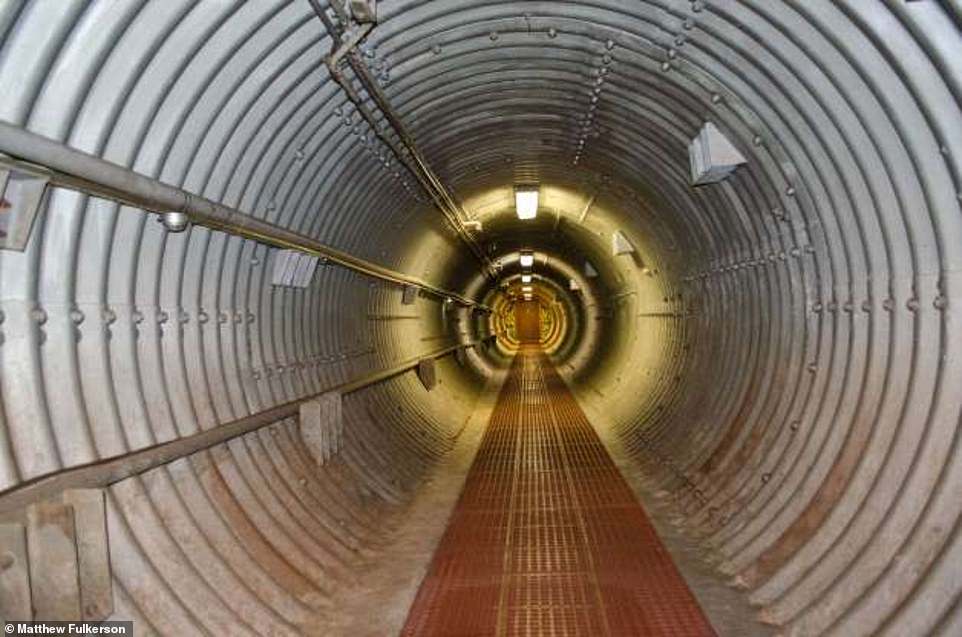 Underground entry tunnels made from a metal structure have been preserved from the property’s days as a missile silo, giving the building a somewhat eerie feel. After renting out their home on Airbnb for years, the Peden’s have decided to sell it on to one lucky buyer 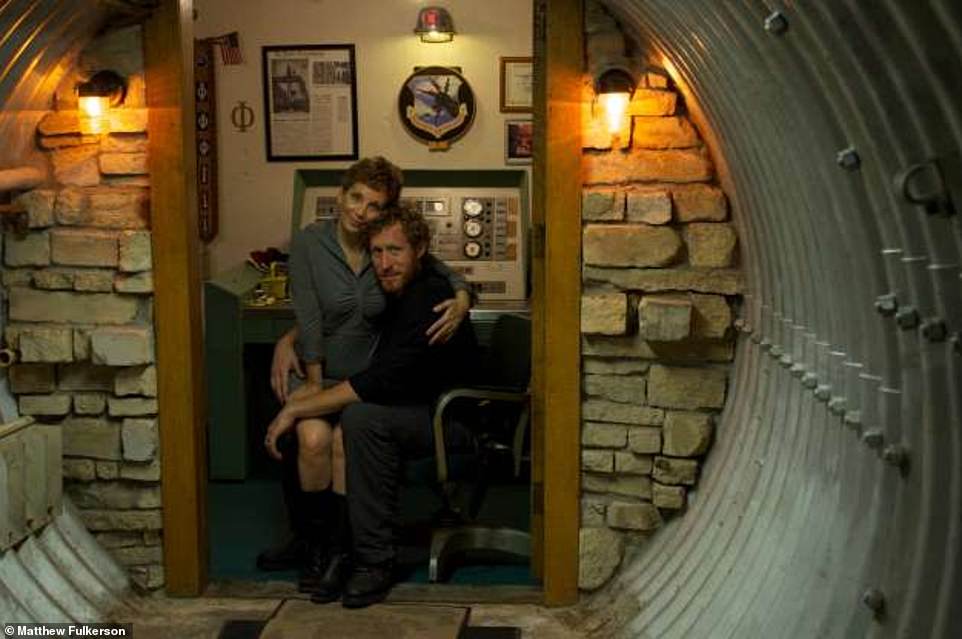 Ed and Dianna Peden, who spent no less than 33 years transforming the silo into a liveable home. Here the couple are pictured sitting at the property’s original launch control desk 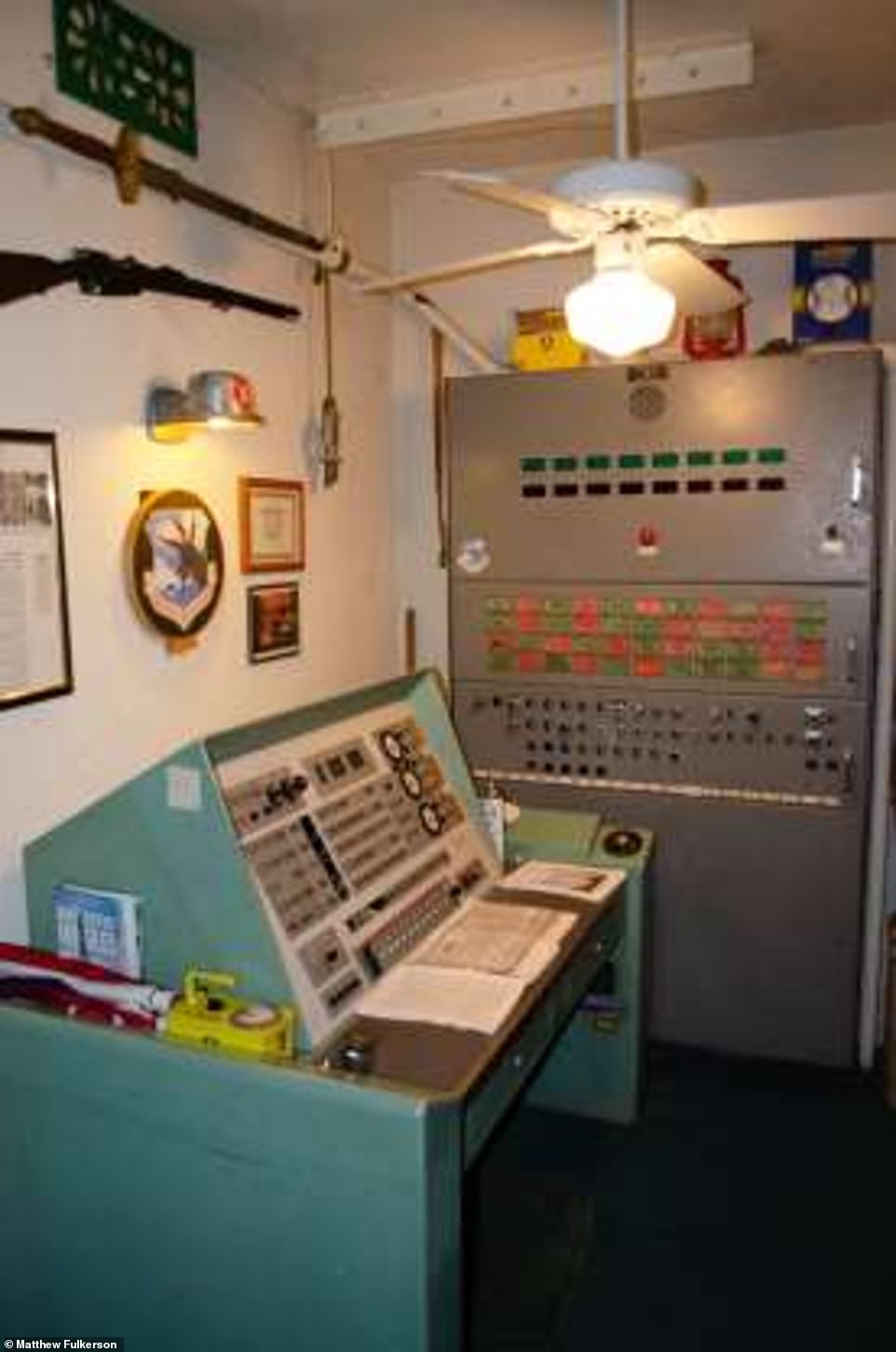 The nuclear missile silo control desk still sits proudly in its original spot. It is from here that staff would have been able to monitor the complex and oversee the handling of the missiles 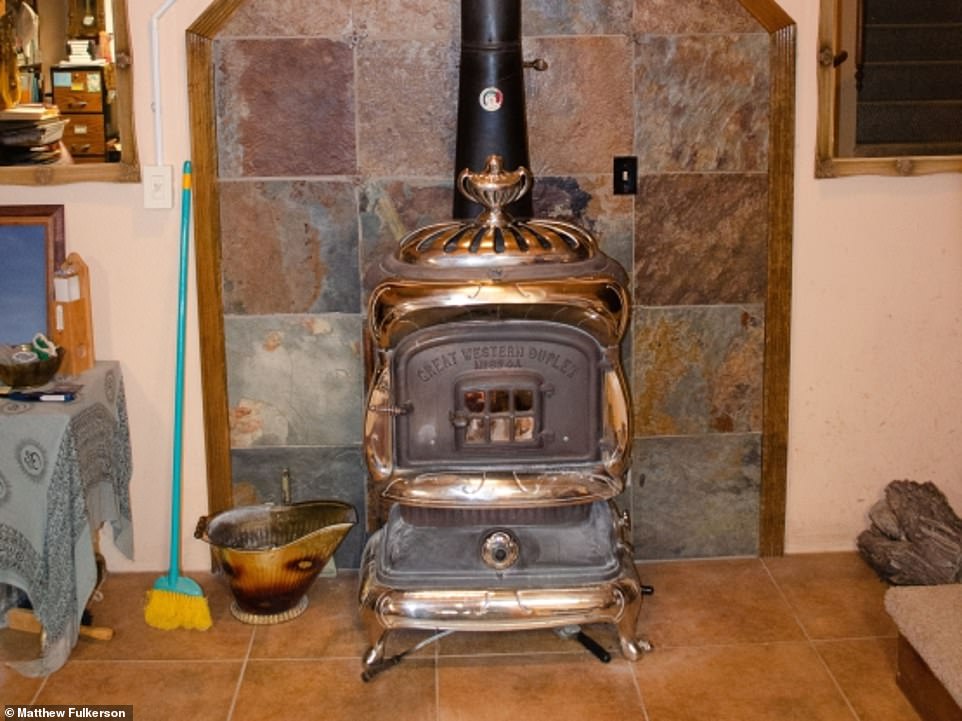 Homely charms: The castle features old fashioned fireplaces like this one to help heat the huge property’s spacious rooms and add a cosy feel to the otherwise vast and somewhat harsh environment 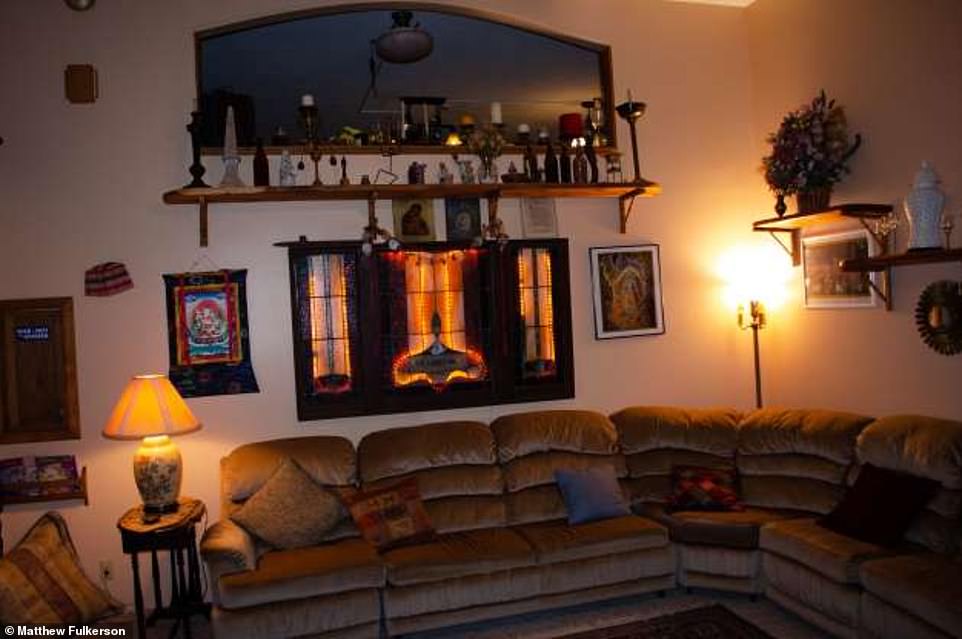 The couple have managed to give the property’s living quarters a comfortable and friendly atmosphere. A guest might forget that they were underground among these plush sofas, cosy lighting and homely decor 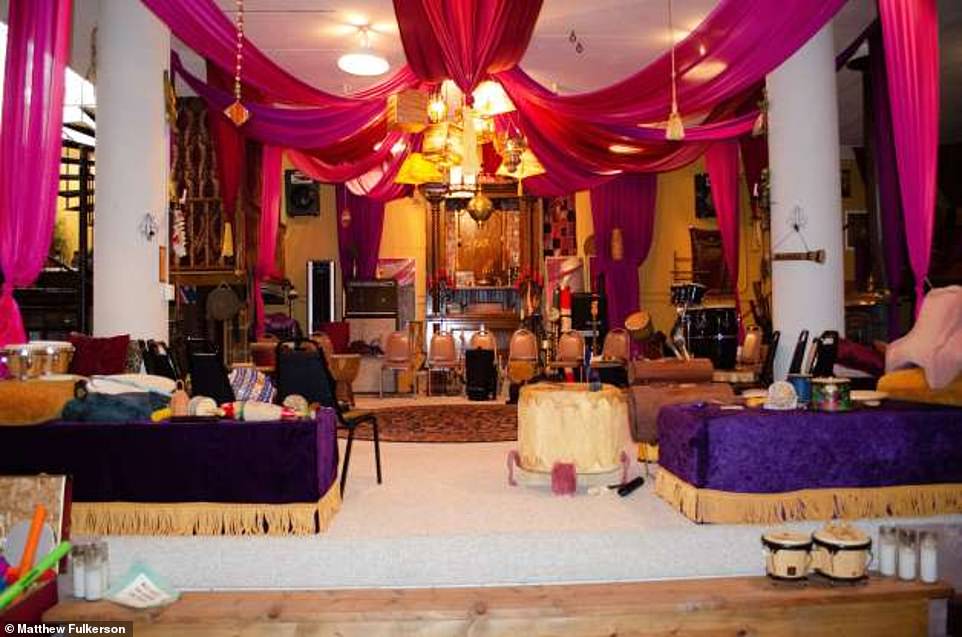 The property boasts a gigantic 3,500 square foot living room with plush decorations fit for a queen. It is complete with a stage, ideal for entertaining guests with live performances 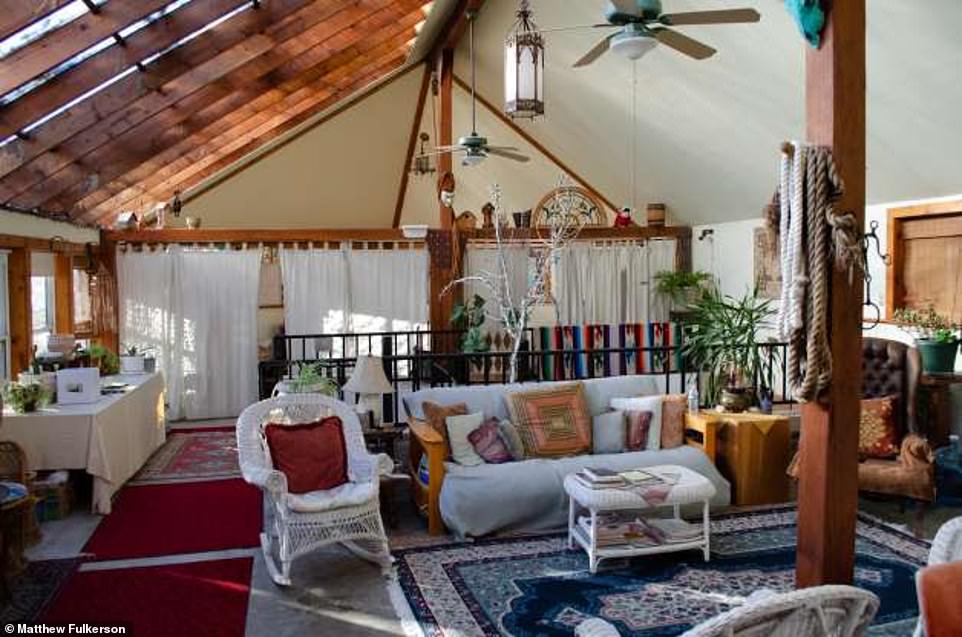 This bright and sunny above-ground greenhouse features a glass-paneled roof and is one of the only rooms in the property that allows the daylight to flood in. The greenhouse is entirely powered by solar energy 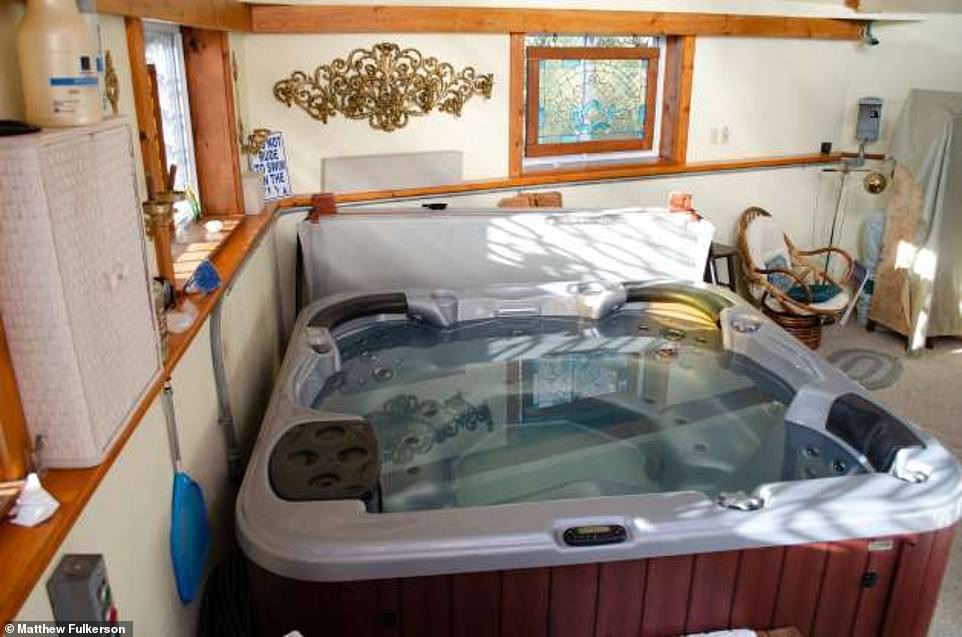 Hot tub hideaway: This is a feature that certainly wasn’t around when the Peden’s took over the silo. No luxury property would be complete without a hot tub and this one is no exception. Inhabitants can kick back and relax with a glass of wine or warm up in the winter months. 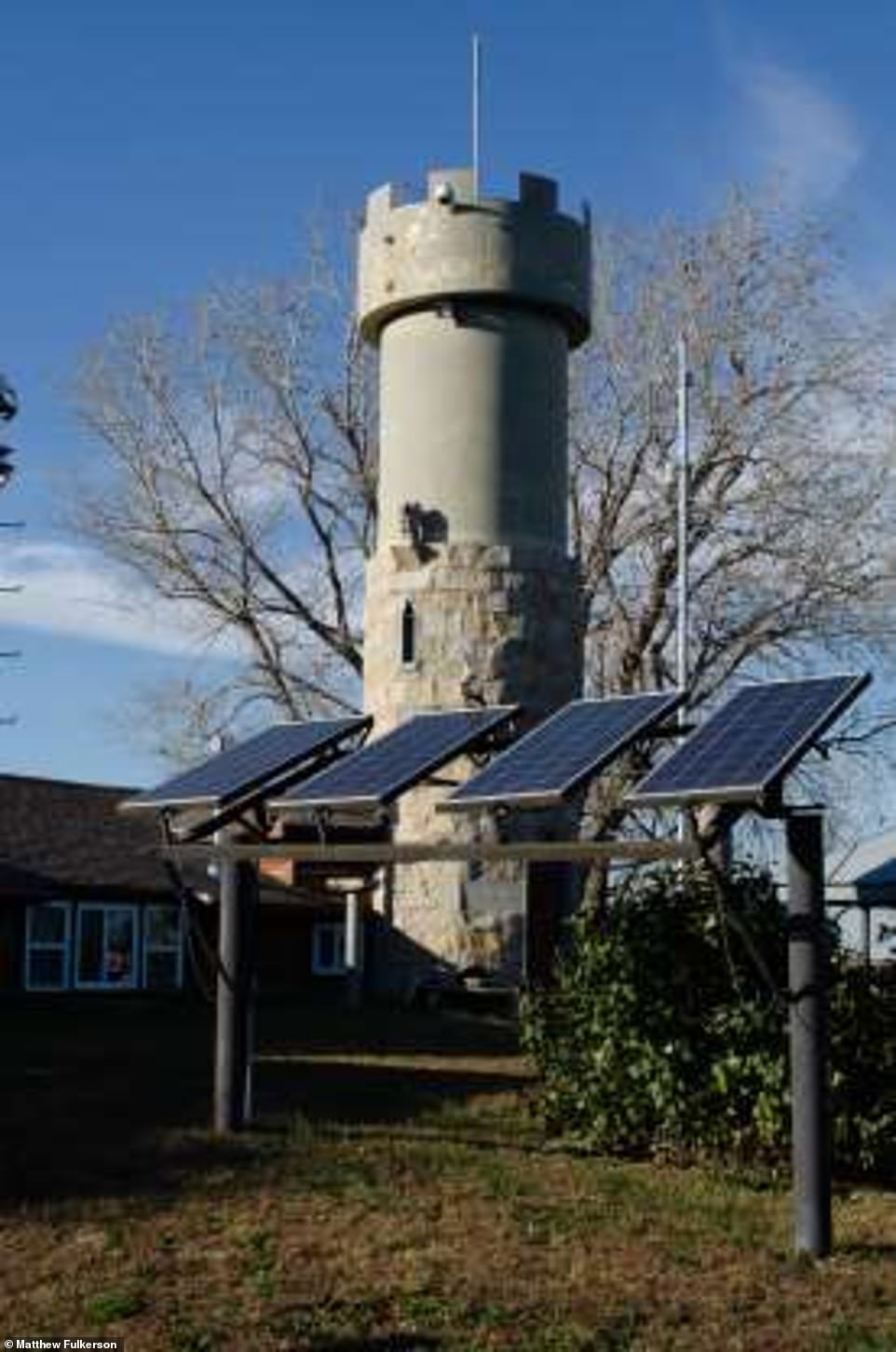 Alongside a diesel generator, the couple have sought to make the property environmentally friendly and have established two sets of four solar panels that contribute to the property’s energy 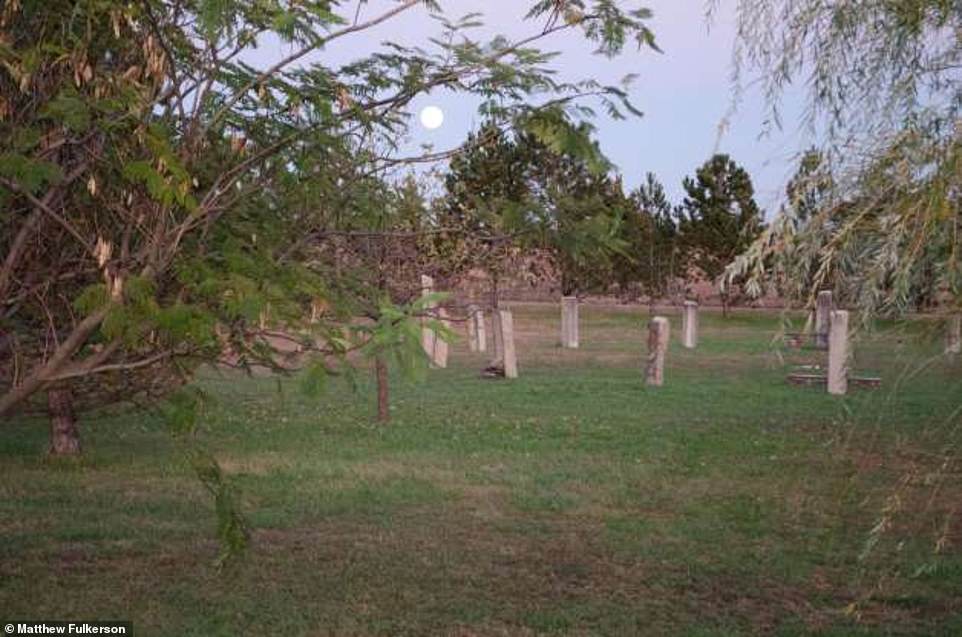 The peculiar underground mansion is ‘turn-key,’ meaning it can be bought and moved into with no additional work. After renting out their home on Airbnb for years, the Peden’s have decided to sell it on to one lucky buyer, and have enlisted the help of friend and property manager Matthew Fulkerson, who got married on the property