Three Coldstream Guards are being questioned by police after becoming embroiled in a fight with royal footmen.

The Guards, often seen wearing their famous red jackets and bearskin hats, have a special ceremonial role guarding the Queen and her household at Windsor Castle and Buckingham Palace.

The Queen is also their ceremonial Colonel in Chief.

Three Coldstream Guards are being questioned by police after becoming embroiled in a fight with royal footmen. Pictured: The Queen inspects the guards in their famous red jackets and bearskin hats

Yet directly contrary to their duties, a group of the soldiers is said to have assaulted several of her footmen within yards of her London home.

The Queen has been made aware of the incident and sent her best wishes to those injured in the attack, the Mail understands.

Last Friday, a group of footmen, some of them women, went to a leaving drinks gathering at the Greenwood Sports Pub, just minutes away from their accommodation in the Royal Mews, Buckingham Palace.

But the evening escalated into a ‘full-scale punch-up’. A source told the Mail: ‘The footmen were outside the bar at about 11.45pm when a bit of banter developed with a group of Coldstream Guards outside, about four of them. The soldiers seemed to have been drinking in the street. 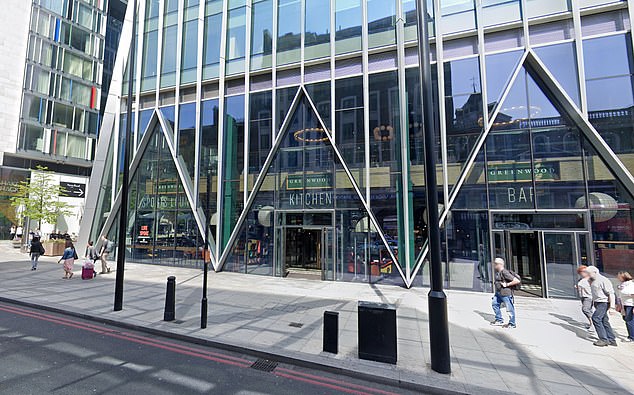 Last Friday, a group of footmen, some of them women, went to a leaving drinks gathering at the Greenwood Sports Pub, just minutes away from their accommodation in the Royal Mews, Buckingham Palace

‘But it went beyond banter when one of the Guards grabbed hold of one of the female footmen – and a male footman stepped in to stop him.

‘All of a sudden it was a full-scale punch-up. And the soldiers were more used to fighting than the footmen are. They got quite badly injured.

‘One of them, a 20-year-old man, got a fractured eye-socket and got a lucky escape from being run over by a bus in the melee.

‘Another has a fractured jaw and needed stitches in his tongue.

‘Two others were hurt but not as badly. The footmen reported the assaults to the police and officers visited them on Wednesday to take statements.’

It is not clear whether or not the soldiers were also customers at the pub. The source went on: ‘The Queen’s been told about it and has sent her best wishes to the four injured.’ 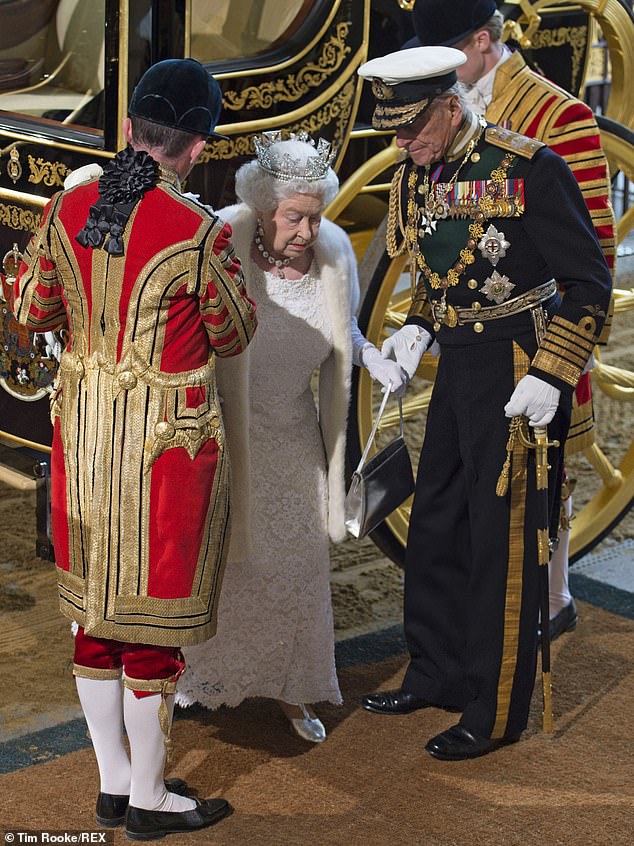 A source told the Mail: ‘The footmen were outside the bar at about 11.45pm when a bit of banter developed with a group of Coldstream Guards outside, about four of them’. But after a short confrontation it became a ‘full-scale punch-up’

The Guardsmen were identified after analysis of CCTV and it was confirmed that they are serving soldiers in the Coldstream Guards, it is understood.

The Army source said it was up to the men’s commanding officer if they would be removed from Palace protection duties. It could be felt that it was unwise for them to come into contact with the allegedly beaten footmen again.

The source said: ‘There are bust-ups in pubs every Friday and Saturday night and we may not quickly get to the bottom of what happened. The police have to investigate, and it is a matter for the unit commanding officer to decide what he’s going to do about these individuals.

‘But my understanding is they’re helping the police with their inquiries.’

Last night a security guard, who had been working at the pub but asked not to be named, said: ‘Both groups had been drinking here earlier in the evening.

‘Two men who had been quietly drinking in the sports bar left just before midnight to get a kebab from a takeaway across the road.

‘They were then approached by a group of at least four other people outside the kebab shop before the fight broke out at around midnight.’

A worker at Cappadocia Kebab and Sandwich Bar outside where the fight happened said the full-scale brawl involved ‘around 15 guys’. A number of the men had been inside buying food beforehand, he said.

A spokesman for the Metropolitan force said: ‘Police are investigating an assault on 24 July in Victoria Street, SW1.

‘Two men aged 20 and 21 were taken to hospital. Their injuries are not life-threatening or life-changing. An investigation is ongoing and there have been no arrests at this time.’

A spokesman for the Queen said: ‘This is a police matter and not appropriate for us to comment.’

The Coldstream Guards are the oldest regiment in continuous existence in the British Army, dating back to 1650. They have played major roles in the First and Second World Wars, and more recently in Iraq and Afghanistan.

Thirteen ‘Coldstreamers’ have been awarded the Victoria Cross.