A Coldstream Guards soldier has been found guilty of raping a drunk young mother in the shadows of Windsor Castle after offering to walk her home because she was feeling unwell.

After only two hours of deliberation a jury found Connor Brayley, 24, guilty on two charges of rape and one of sexual assault.

They cleared him of a fourth charge of attempted rape.

Brayley faced allegations that he dragged his victim down an alleyway less than 200 yards from the famous royal residence, before allegedly raping her close to a park.

Judge Cutts remanded Brayley in custody and ordered him to be brought back before the same court on July 6 where she will sentence him on all three guilty counts.

He showed no emotion as he was led away to the cells. 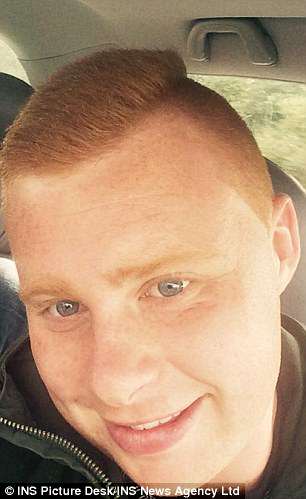 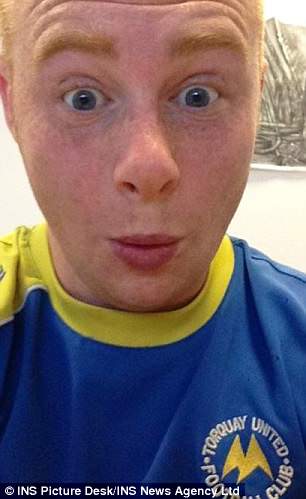 The assault was said to have taken place in the early hours of December 14 last year, following a night out involving Brayley and other soldiers based at Windsor’s famous Victoria Barracks.

The jury had heard how the defendant had taken cocaine and drunk eight or nine pints that night.

Brayley met the alleged victim near a McDonalds fastfood restaurant in central Windsor and offered her his coat before saying he would escort her home as she was not feeling well.

The route Brayley took went down two alleyways to an area known as Batchelor’s Acre, just 50 yards from the Royal Wedding procession route.

Brayley frequently used this route as it was the quickest way back to his barracks, the court heard. 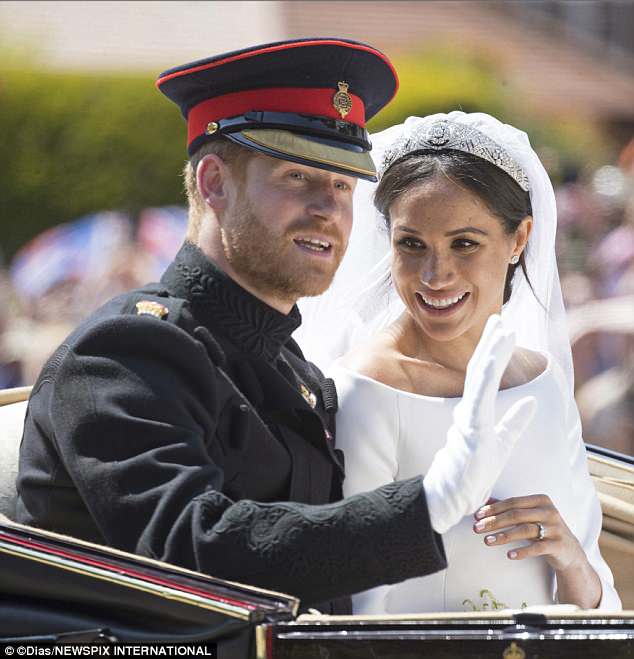 Brayley took his victim down two alleyways to an area known as Batchelor’s Acre, just 50 yards from the Royal Wedding procession route (pictured Harry and Meghan in that area) 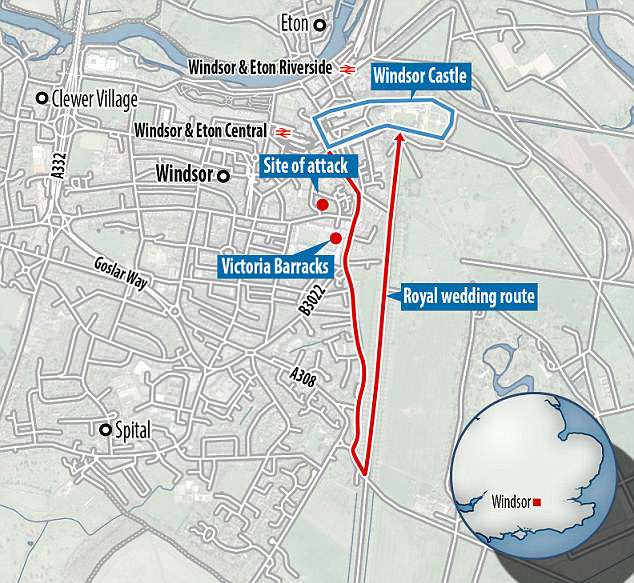 But as the pair walked towards Bachelors Acre park through a dark alleyway, his mood changed and he dragged the woman into an alley to a bench where he raped her and threatening to kill her if she resisted

Alan Blake, prosecuting, told the jury that Brayley dragged the alleged victim down a dark alleyway close to a branch of Shakeaway where he then became more aggressive.

‘In her account, she said someone held her and said ‘stop pulling or I will kill you,’ said Mr Blake.

Turning towards the defendant he went on: ‘She also said that you were dragging her, saying ‘if you scream I will f**king kill you, you will not make it out of here alive.’

Mr Blake also told the jury that in his police interview, Brayley told detectives he would not do something like this as he had a partner of over six years who he wanted to marry.

‘He said he has had a girlfriend for six years who he intends to marry. He said he felt like he has been stitched up.’ 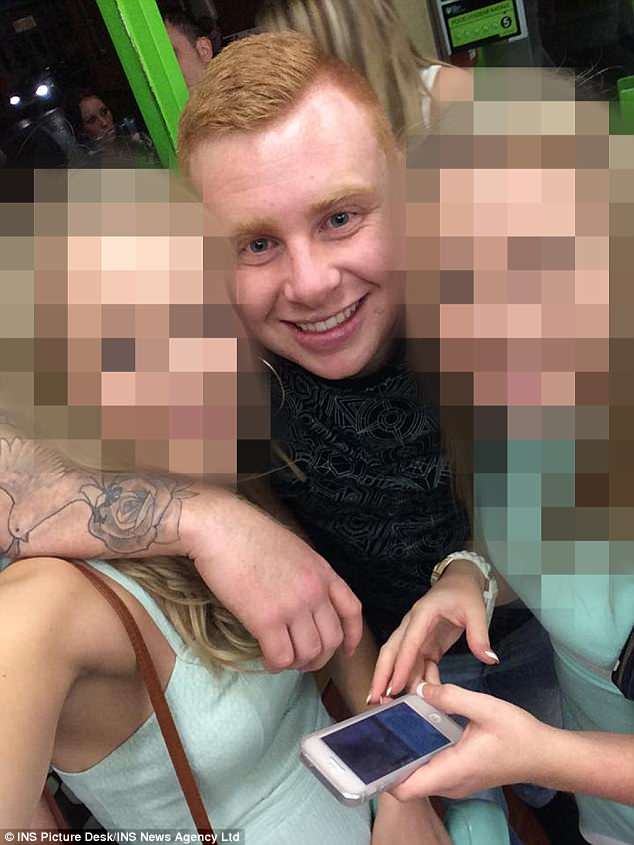 Brayley said he has had a girlfriend for six years who he intends to marry but in the month before the rape, Brayley searched on Google for brothels and prostitutes local to the Windsor, Slough and Maidenhead areas and had been talking to other girls on the dating app, Tinder 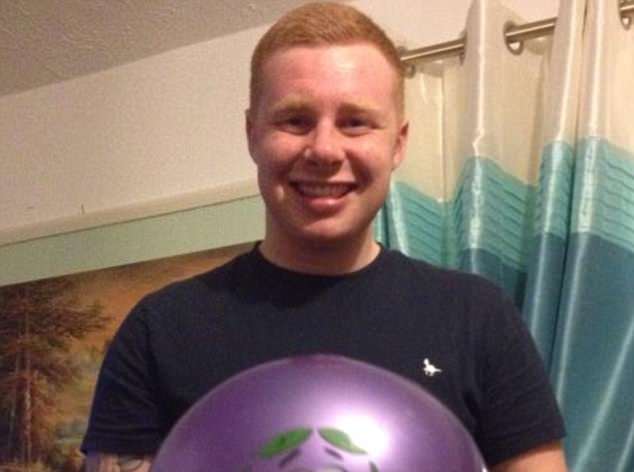 However, the jury was later told that in the month before the rape, Brayley had searched on Google for brothels and prostitutes local to the Windsor, Slough and Maidenhead areas and had been talking to other girls on the dating app, Tinder.

Brayley, of Victoria Barracks, Windsor, Berks., told the jury that searches online for brothels and his usage of the Tinder app was ‘just for banter with the lads.’ 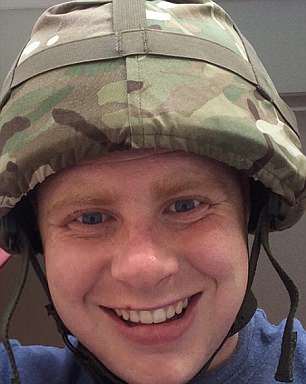 As part of the prosecution case, a pair of jeans that belonged to the defendant were shown to the jury with a considerable rip in the crotch region.

Also shown to the jury, sitting at Reading Crown Court, was a pair of green knickers that belonged to the alleged victim, which were ripped completely down one side.

Both of the exhibits were seized on the day the rape was said to have taken place.

DNA tests were also carried out by forensic scientists and Mr Blake read the results to the jury.

He said: ‘Mixed DNA of a male and female were found heavily on the bra and knickers of the complainant, as well as on the vaginal area of the victim.’

Giving evidence about the alleged rape, Brayley denied all allegations of rape and sexual assault.

He told the jury that he had consensual sex with the alleged victim for two minutes before he stopped and said he could not continue as he had a girlfriend.

He was asked by his defence barrister, Giuseppina Silvioas, why he did not tell police officers he had had consensual sex during the first two interviews at the police station. 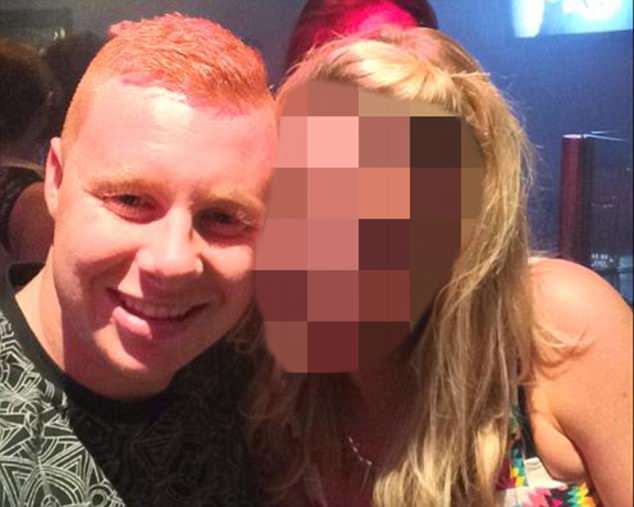 Wearing a blue shirt and tie, the soldier who had served for three years, said: ‘I could not say, I was ashamed. I realise I should have said it, but I didn’t.

‘I didn’t have anything else in my head apart from that I had cheated on my girlfriend. I was panicking and shocked at what I was being accused of. I knew it was wrong, cheating on my missus’.’

Ms Silvio asked the defendant about his Google searches for brothels and prostitutes in the Windsor area and also why he used Tinder if he had a girlfriend.

He replied: ‘I don’t use it for that purpose. I just use it for a bit of banter with the lads. A lot of them at the barracks have a missus.’