Coleen Rooney and Christine Lampard left the kids at home on Thursday afternoon as they joined host Tanya Bardsley at the Mental Mummies charity luncheon in Cheshire.

The working mothers were on hand to raise a glass or two with the Real Housewives star ahead of her milestone 41st birthday, held in conjunction with the domestic mental health organization, on April 29.

Arriving at The Bridge restaurant in Prestbury, mum-of-four Coleen, 36, caught the eye in a a tasteful cream top with puff sleeves, teamed with matching high-slung trousers.

Day out: Coleen Rooney left the kids at home on Thursday afternoon as she joined host Tanya Bardsley at the Mental Mummies charity luncheon in Cheshire

In good company: Christine Lampard (L) was also in attendance as host Tanya Bardsley (R) celebrated ahead of her milestone 41st birthday, held in conjunction with the domestic mental health organization, on April 29

The wife of Derby County boss Wayne Rooney showed no sign of strain as her bitter libel case with Rebekah Vardy rumbles on with no sign of a satisfactory resolution.

She was joined by Irish presenter Christine, who appeared to be enjoying an afternoon away from her husband, beleaguered Everton manager Frank Lampard, and their two children.

The 43-year old looked typically stylish in an emerald green trouser suit with a belted waist as she posed for photos inside the intimate venue shortly after making her way inside.

She added to her look with a pair of strappy heels, while a smart black leather handbag appeared to be her only notable accessory. 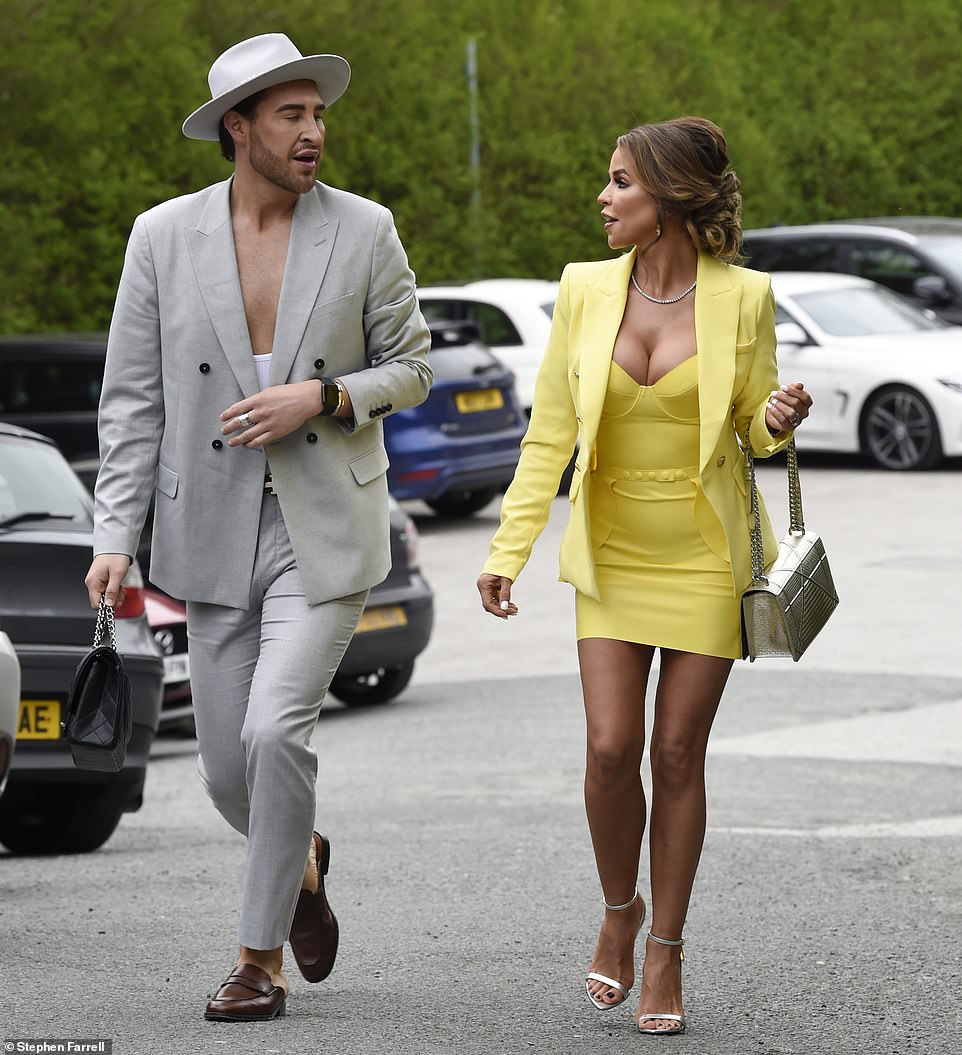 Make way: Tanya was joined by fashion stylish friend Ryan Kay as she made her way inside Prestbury restaurant The Bridge

Tanya, who co-hosted proceedings with on Thursday afternoon, ensured she commanded her own share of the spotlight by opting for a tasteful lemon yellow minidress that drew attention to her cleavage.

The wife of Burnley footballer Phil Bardsley added to her ensemble with a pair of strappy silver heels, while a matching handbag rounded things off as she made her way inside with fashion stylish friend Ryan Kay.