Her team have claimed a ‘2-1 victory in the semi final’ as a judge ruled largely in her favour in the latest stage of her Wagatha Christie legal battle against Rebekah Vardy.

And on Wednesday morning, Coleen Rooney, 35, woke her kids by playing ‘It’s Coming Home’ ahead of England’s Euros game, taking to her Instagram Stories to show off the special wake-up.

The Liverpudlian beauty filmed her sleeping children while blaring out Thee Lions (It’s Coming Home) and added laughing emojis to her videos.

Morning! On Wednesday morning, Coleen Rooney woke her kids by playing ‘It’s Coming Home,’ taking to her Instagram Stories to show off the special wake-up

On Wednesday, Mrs Justice Steyn rejected Rebekah Vardy’s lawyers’ bid at the High Court to issue a summary judgement on one part of Coleen’s defence to the long-running £1million libel suit against her.

Although the judge did agree to strike out some sections of the Rooney defence – including a claim Mrs Vardy stole a seat behind Mrs Rooney at Euro 2016 to boost her profile – it left the majority of her case intact, and will only result in two paragraphs being removed, rather than the 12 demanded by Rebekah’s lawyers.

Crucially, an application to strike out Coleen’s ‘public interest’ defence was also rejected.

As England face Denmark at Wembley tonight, a source close to Coleen declared: ‘This is the equivalent of a 2-1 win in the semi finals without the agony of extra time or a penalty shoot-out.’ 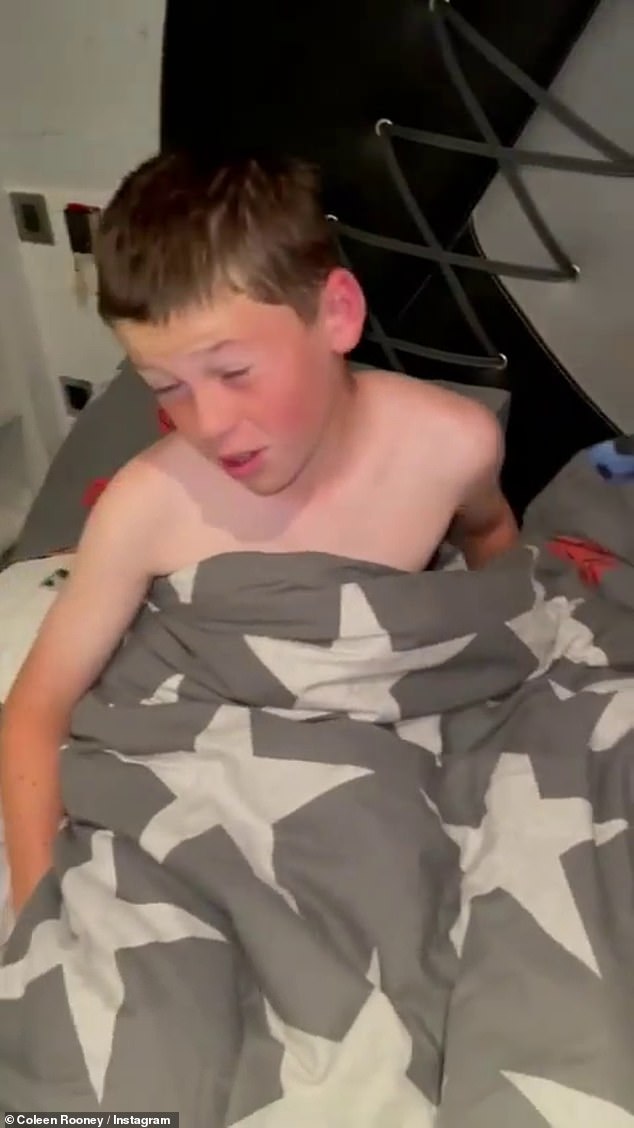