A Coles Mother’s Day cake fail has the internet divided – with some certain the ‘childish’ cakes were decorated that way on purpose.

A video of the iced chocolate cakes with the caption ‘Hagrid is working at Coles’ quickly went viral as millions across Australia celebrated Mother’s Day.

The cakes had hearts and messages for mum scrawled on the top in a display that made even the most novice cake decorators squirm. 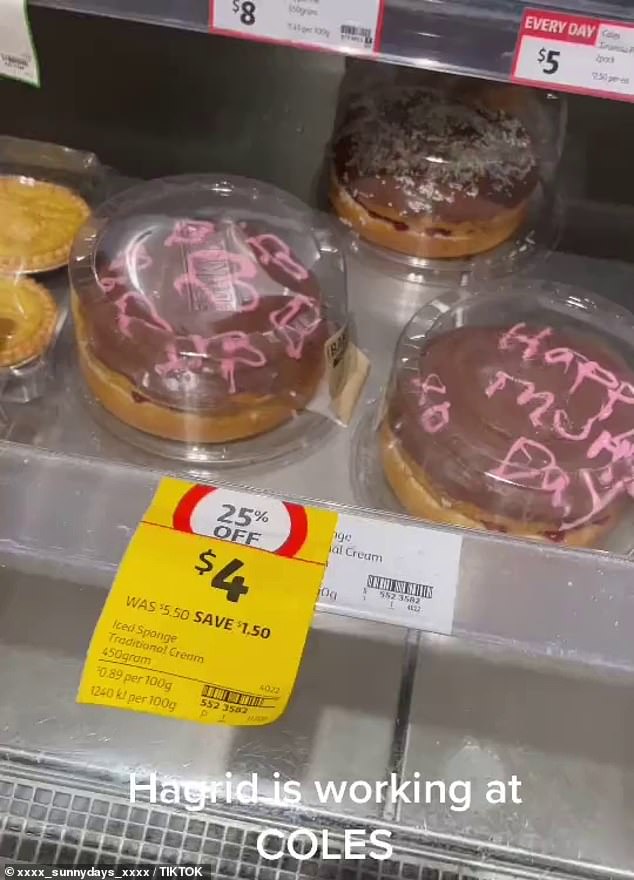 A video of the iced chocolate cakes with the caption ‘Hagrid is working at Coles’ quickly went viral on Sunday, as people around the world celebrated Mother’s Day

‘Whoever did those lied on their resume,’ one woman laughed.

‘I saw these and all of the hearts were so bad,’ another woman said.

Others tagged their friends and laughed that all of the cakes would look like this if they worked there.

Do you think the cake is ‘bad’ on purpose?

‘That is so sad,’ said another woman.

But most people seemed to think the cake was ‘ugly’ on purpose with one woman describing the move by Coles as ‘really clever’.

‘No one would believe that was professionally made,’ she said.

With others agreeing the the ‘amateur design’ is part of a genius plan to help out dads and kids.

‘That’s so hubby can say he made it,’ one woman laughed.

‘Yep, so dad can tell you he and the kids decorated it with love,’ agreed another.

Others laughed and said it looked like it had been sat on or dropped.

The video creator dropped in to clarify her caption. 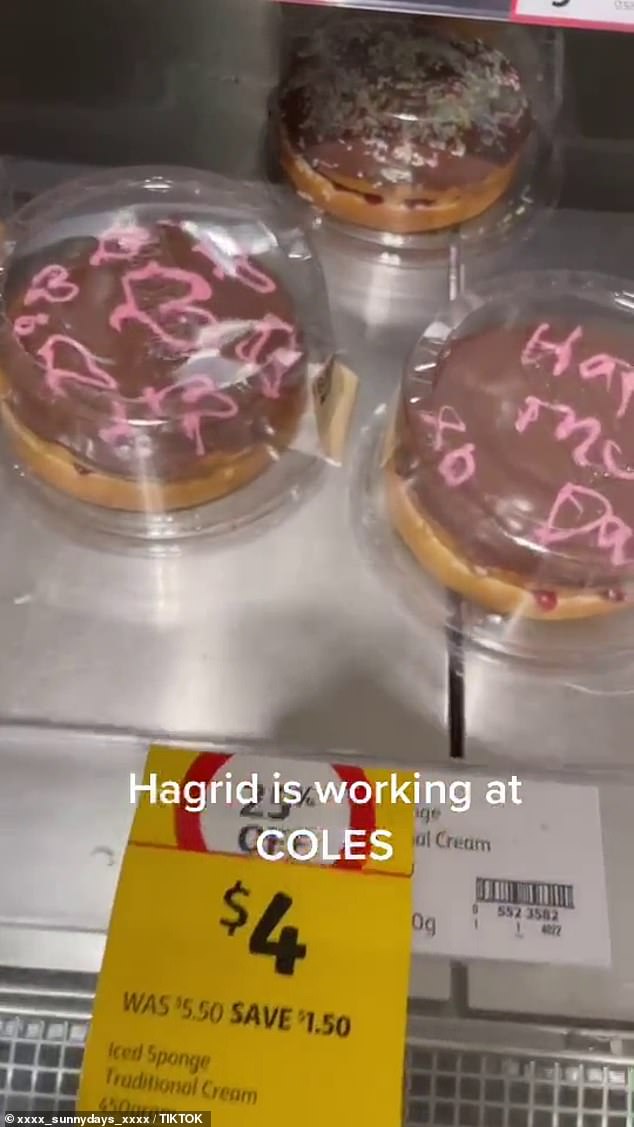 ‘I know it is for the kids and everything but when I saw it it just made me think of Harry’s birthday cake straight away,’ she said referencing Harry Potter.

Others laughed and said there must be a lot of kids and dads now caught out in a lie.

Another said she couldn’t stop laughing at the cake while one woman commented it looked like someone made them at the end of a big night.

Some people said they wouldn’t pay for something ‘that bad’ but many disagreed and said it was lovely.

The video has had more than 23,000 shares in just 18 hours and attracted hundreds of comments.

The cakes were on sale for $4 by the time the video was made – which indicates a 25 per cent discount.

Daily Mail Australia has reached out to Coles for comment.