Thousands of shoppers queued up to get their hands on the Coles Little Shop collectibles when supermarkets opened at 6am this morning.

Stores around the country had long lines at the front and staff members quickly found they were handing out several crates of the toys.

Pictures taken by Seven News showed snaking queues outside one store in Perth as dozens eagerly awaited their first glimpse of the new collectibles.

Stores in Sydney suffered a similar rush with workers at the Wynyard supermarket in the CBD describing ‘pure chaos’. 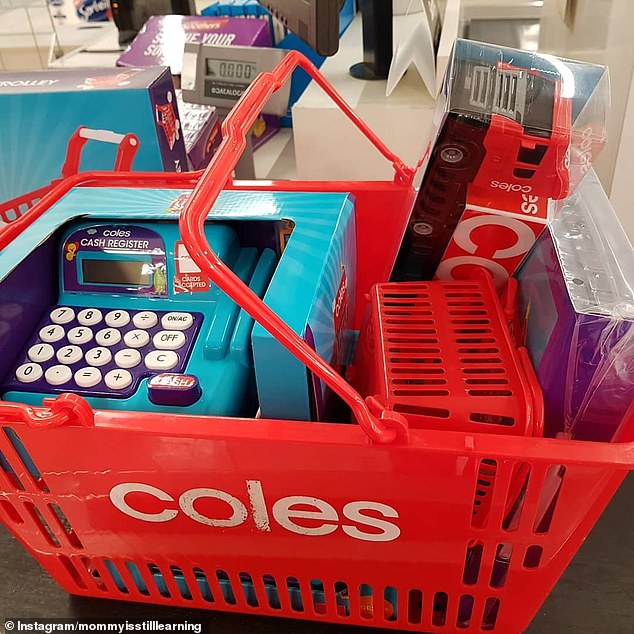 One member of staff told the Seven Network: ‘We went through 640 boxes in less than half an hour.’

The worker said staff were down to their last supplied cage of boxes by 9am – just three hours after opening.

Coles acknowledged the rush and a spokesman said bosses did not expect the toys to sell so quick.

‘We have lots of collector cases available and our team members are working hard to keep stock on the shelves,’ the spokesman said.

‘Some of our new items, including Coles trucks and registers, are selling more quickly than anticipated and we have extra stock on the way from our warehouses to stores’.

It comes after campaigners called for a boycott of Coles Little Shop toys because they are made of plastic – before the supermarket hit back. 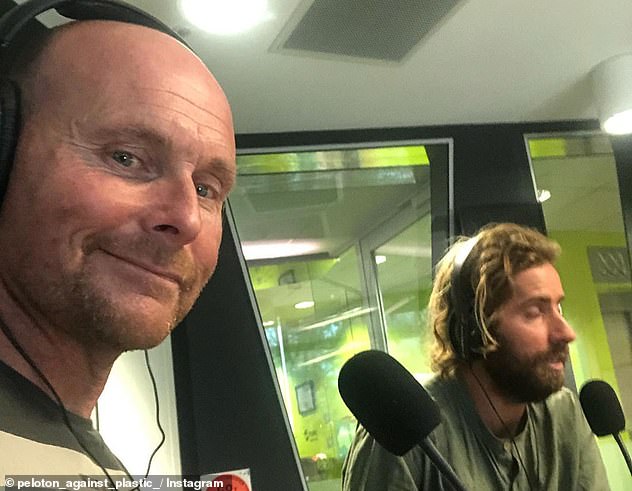 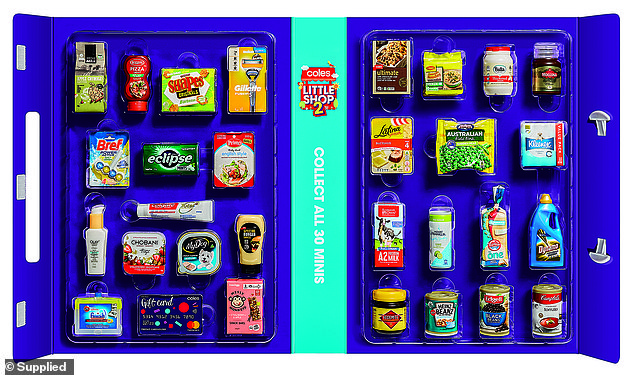 After months of speculation Coles have confirmed that its Little Shop will return on Wednesday, with 30 new miniature collectibles up for grabs (pictured)

Two prominent anti-plastic eco-warriors are campaigning to stop the fun scheme where customers get a toy for every $30 spent.

Paul Hellier and Jamie Lepre, who have just made a documentary about plastic waste, released a statement on Tuesday criticising Coles.

‘The hypocrisy of Coles is outrageous,’ Mr Hellier said.

‘It started off Plastic Free July by boasting it had diverted 1.7 billion single-use plastic bags from landfill over the past 12 months, with its data claiming seven in 10 of its consumers now remember to bring a reusable bag when they shop.’

The film maker also pointed towards items from the Little Shop collection washing up on shores as far as Bali in November last year.

Mr Hellier said consumers needed to push back against the ‘ridiculous promotion’ and share their dissatisfaction online.

‘This madness will only stop if we send Coles and the associated brands a message that will hurt them most – at the cash register. That’s why we are calling for a boycott to all the items involved in the promotion.’

The pair are launching a documentary on plastic waste called Peloton Against Plastic, were they cycled through some of the world’s most polluted countries to break down the environmental impact, which set to be released in late July.

Coles fought back against the claims that the Little Shop collectables were quickly discarded by customers.

‘Rather than throwing them out, our customer research shows that of the customers who collected minis last year, 94 per cent have either kept them or given them to family or friends who were collecting,’ a spokesperson from Coles said. 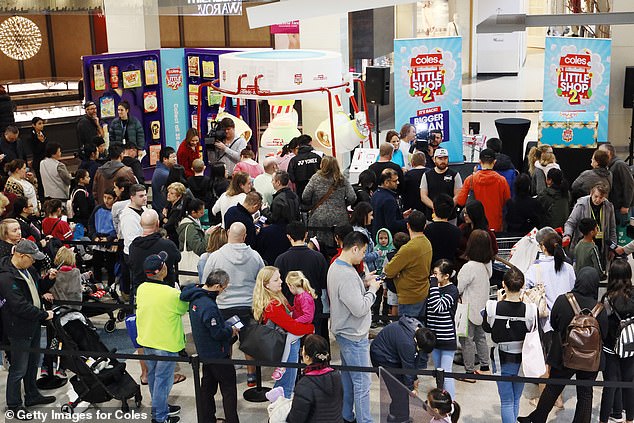 ‘The campaign only runs for a limited time and customers who choose to collect them are able to recycle the wrappers at their nearest Coles through our in-store RedCycle program.

The supermarket giant added customers having their items delivered could take part in recycling by handing the packaging to the driver.

‘As part of our commitment to better environmental outcomes, RedCycle allows customers to recycle soft plastics in provided bins at their nearest Coles store to be repurposed into outdoor furniture for pre-schools and primary schools,’ the spokesperson said.

Customers spoke out against the anti-plastic campaigners who they felt were interfering with their fun. 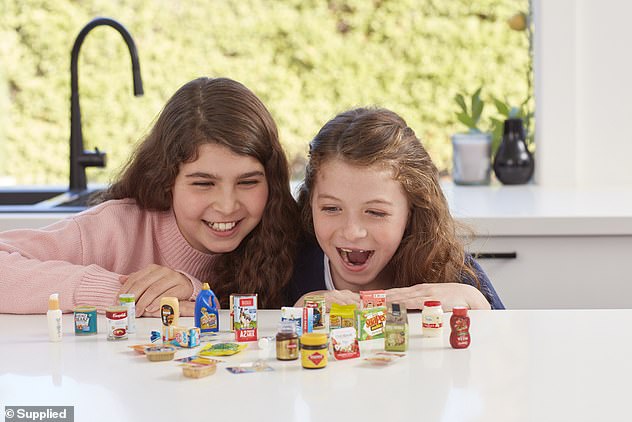 Little Shop 2, available from July 17, will add 30 new miniature supermarket items to the existing line up

Obsessive collecting from fans saw rare examples or complete sets sold online for as much as $1,000 on Gumtree.

Shoppers received one collectible for every $30 spent in store which they then picked from blind bags at the checkout.

‘The first campaign was embraced by customers of all ages and brought to life the traditional hobby of collecting enjoyed by all generations,’ Ms Ronson said.

Ms Ronson said Coles was ‘inundated’ with requests to bring Little Shop back.

‘We have worked with our suppliers to make this year’s campaign even bigger and better than ever before and we think customers will be excited to find out about additional surprises we have in store for them,’ she said. 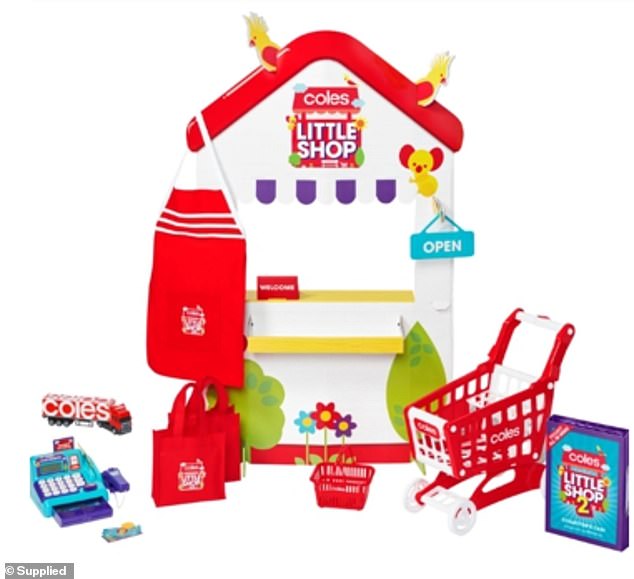 Tip Top The One Bread