Coles Stikeez rare new collection that will make you a FORTUNE

Coles has revealed its four super rare Stikeez – as the Australian supermarket chain brings back its wildly popular collectables.

For every $30 spent at checkout, shoppers can get their hands on the figurines, based on the essential food groups, including fruits, vegetables, dairy, proteins and grains, from Wednesday, February 12.

The latest collectables comes after many shoppers tried to cash in on the super rare ‘Golden Billy Banana’ on eBay last year, with some listings fetching up to $20,000.

Coles has revealed its four super rare Stikeez, including a glittery Connor Corn, a silver Buster Burger, a glow-in-the-dark Chip Cheese, and a bronze Ella Egg 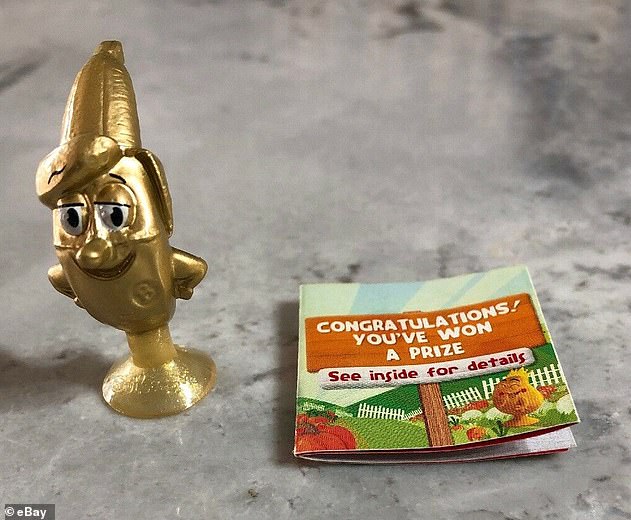 The latest collectables comes after many shoppers tried to cash in on the super rare ‘Golden Billy Banana’ (pictured above) on eBay last year, with some listings fetching up to $20,000

And now environmentally conscious shoppers can recycle any unwanted or spare Stikeez so they can be turned into useful products such as mats for Coles stores.

The launch comes after the supermarket sparked criticism when its promotional plastic Stikeez were found washed up on some beaches last year.

But this will no longer be an issue as Coles’ chief marketing officer Lisa Ronson confirmed the Stikeez, including last year’s collectables, can now be recycled at all supermarket stores.

‘We wanted to bring this healthy eating program back but in a more sustainable way. Customers can now return any duplicate, old and spare Stikeez back to Coles supermarkets to be recycled,’ Ms Ronson said. 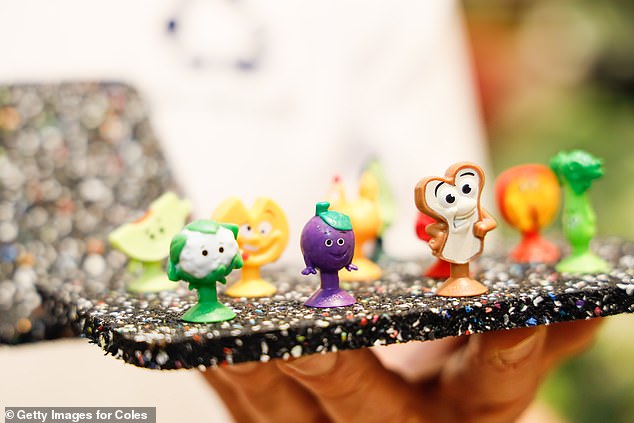 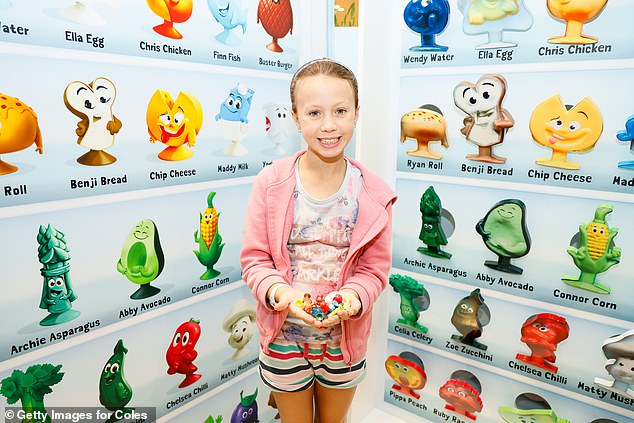 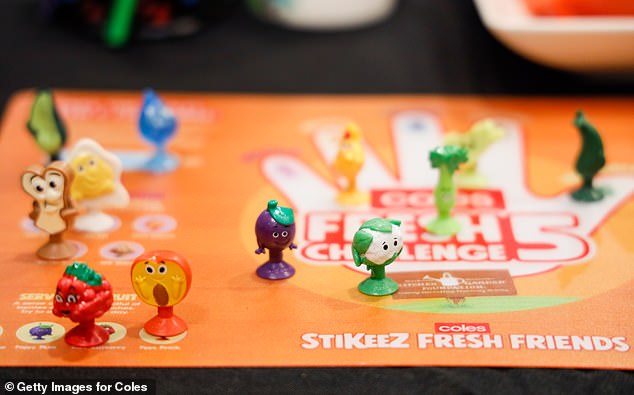 Coles has confirmed the Stikeez range, including last year’s collectables, can now be recycled

Save Our Soles founder John Elliott said Stikeez will be recycled through the same process he has used to recycle footwear in Australia since 2010.

‘It’s really good to see Australians care so much about reducing waste and we are delighted to be working with Coles to find another purpose for Stikeez that customers no longer have use for,’ he said.

‘We have just launched a sporting industry recycling program with the Australia Sporting Goods Association and anticipate that we will save approximately 250,000 pairs of sports shoes going to landfill in 2020.

‘It’s great news that Stikeez can be recycled in the same way. We reduce the product to a 4mm crumb, then mixed with recycled Australian tyres to create products like anti-fatigue mats, gym matting, retail flooring and carpet underlay.’ 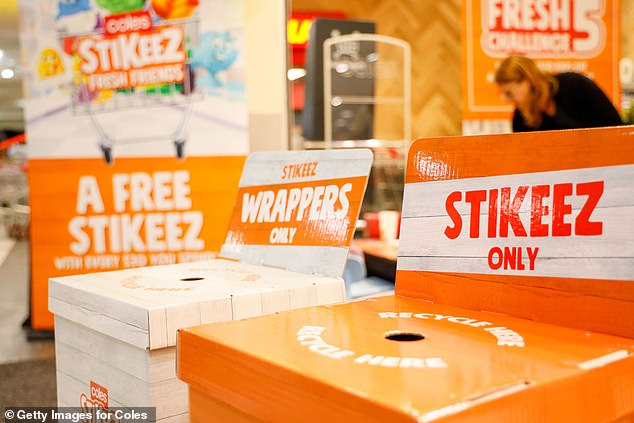 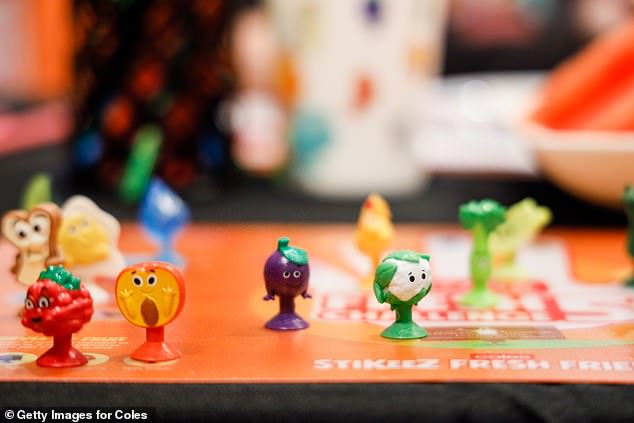 The Stikeez characters have been given some of the most popular Aussie names such as Abby Avocado, Benji Bread, Chloe Cauliflower, Ella Eggs and Will Walnut

Endorsed by the Stephanie Alexander Kitchen Garden Foundation, the initiative allows kids to track the different food groups they have tried.

‘Our research showed that 31 per cent of customers who collected the first Stikeez range increased their purchases of fruit and vegetables and 50 per cent bought a wider variety of fresh produce,’ Ms Ronson said.

‘Kids who had never touched broccoli or tasted a fresh tomato found it fun to challenge themselves to eat foods of all colours of the rainbow.’

The new collectibles are part of the Coles Fresh Five Challenge which encourages kids to eat all the Five Food Groups daily by introducing a ‘reward’ system.

The Stikeez characters have been given some of the most popular Aussie names such as Abby Avocado, Benji Bread, Chloe Cauliflower, Ella Eggs and Will Walnut.

There is also a range of exclusive Stikeez merchandise available including collector cases and collector tins for $4 each, plates for $3, bowls and tumblers for $2 each and drink bottles for $5.