Forty years have passed, but Colin Barrett describes his goal against Liverpool in the European Cup as if he’s still on the pitch. Volleying in with three minutes left of Nottingham Forest’s debut in the competition, Barrett gave his side an unexpected 2-0 advantage over the holders and ushered Brian Clough along the path to greatness.

‘It breaks down on the halfway line, I block one through pass, then another,’ Barrett says. ‘It goes to Garry Birtles down the left and I start to gallop forwards.

‘Martin O’Neill, who is a substitute, tells me afterwards that Clough is going absolutely ape-s***. “Where is that f****** Barrett going? Get back!” Birtles crosses it, Tony Woodcock heads down, and I smack it in. Clough punches the air, “Oh great goal son!”

‘After the game Peter Taylor was being interviewed and was asked, “What do you think about Barrett’s goal?” He says: “We always encourage our full backs to get forwards…”‘

Forest’s magical story has been told often but Barrett’s personal tale less so. That is partly because 10 days after the most treasured moment of his career came a tackle that ultimately ended it.

Cruelly, Barrett missed two European Cup finals and the associated fame after a serious knee injury. Having watched the pinnacle of Forest’s achievements from the sidelines, he was forced to hang up his boots aged just 29.

Barrett eventually became a successful painter-decorator, but he still gets recognised by supporters for his football and inquisitors are invited into his house for a cup of tea and a chat.

An integral member of the Forest team that won the title 40 years ago this April, Barrett tells them about Clough’s genius, chip butties before games, and mid-season breaks to Benidorm. He talks car-park training sessions, salt-and-pepper-pot tactics and how, in an amusing snapshot of life back then, his wife taped over his precious recording of that European Cup goal to find out who shot JR.

There is pathos in the way his time in the game ended prematurely — including an anecdote of an unproductive trip to the dole office that first Monday out of work — but mainly the love Barrett retains for the game at 65 years old shines through.

For this interview he has returned to a place of great significance. ‘I pulled up there in my Capri,’ he says pointing to a spot along the A523 that runs beside Leek Town’s stadium. ‘Then Brian Clough arrived. He said, “Get out that car, get in mine.” Because he had a Merc. We drove to the pub, literally 50 yards away, and had some lunch.’

It was March 1976 and Clough was persuading Barrett, a versatile defender, to leave Manchester City to join his Second Division side. Leek acted as midpoint between their homes in Stockport and Derby. 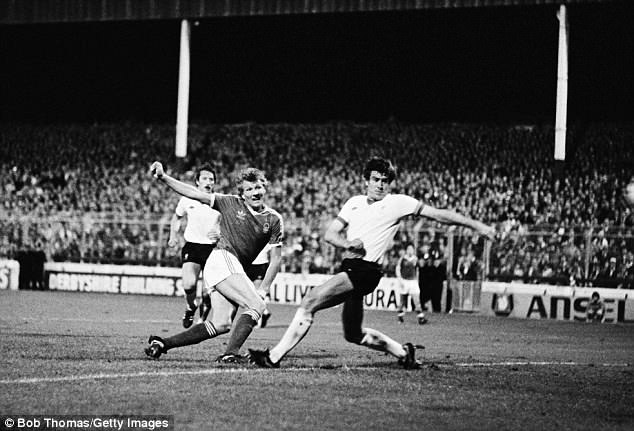 Back for the first time since, Barrett sips a coke as he recalls Clough’s pitch. There was stronger stuff on offer when he walked into the City Ground before his debut. ‘Clough said, “Nice to see you son, now, do you want a drink?” I said, “Hopefully not Mr Clough, I might be playing.” He said, “Oh you’re playing but if it makes you play better, have a drink”.’ Barrett declined.

Clough’s impression on Forest will for ever be measured in the major trophies but his first piece of silverware was the Anglo-Scottish Cup, won in December 1976.

Barrett scored twice in the final against Leyton Orient and his assessment speaks volumes. ‘Clough’s philosophy was there was no point entering a competition if you don’t go with the intention of winning.’ 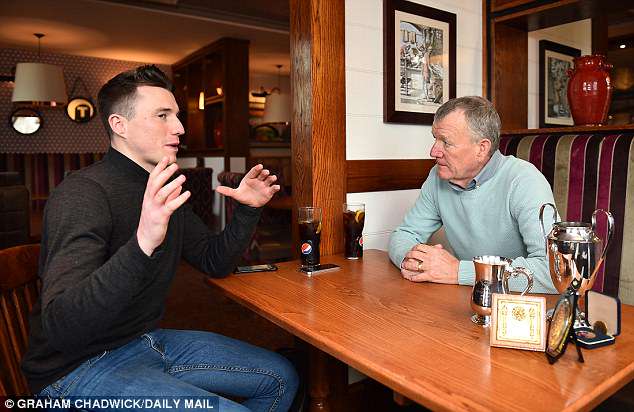 His first full season finished with promotion sealed on the final day when champions Wolves beat Bolton to give Forest third place by a point. ‘We were on a plane going to Mallorca. The pilot came over the Tannoy and said, “I would just like to inform you that Forest are up”.’

Expectations were of a relegation battle. But the top flight was in for a rude awakening.

‘We never thought we would win the league,’ Barrett says. ‘You had the European champions in Liverpool, then Man City, Man United, Everton, Arsenal, Leeds. You think, “We’re not going to be anywhere near.” Then we started to play.’

Barrett would alternate across the back line with Frank Clark, Viv Anderson, Larry Lloyd and Kenny Burns as circumstances dictated and played 35 times in the league. ‘We were solid, quick, and played football over the park, like Man City do now,’ Barrett says. ‘We really started to believe after the 4-0 (win) at Old Trafford in December. Clough took us to Benidorm afterwards for four days away. From Christmas onwards we didn’t play as fluently. It was a case of battling.’ 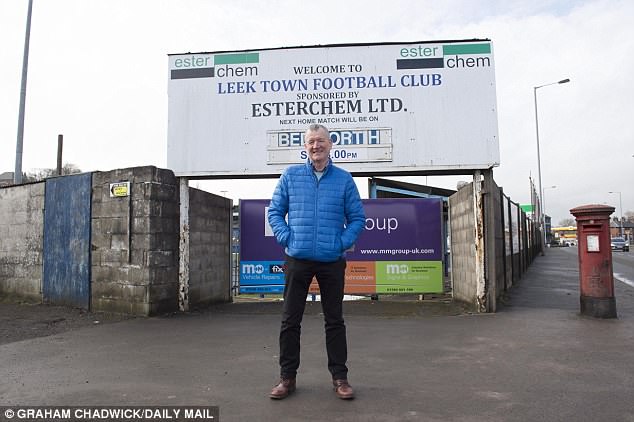 Clough’s unconventional approach kept energies and spirits high: regular days off and jogs beside the Trent. ‘Sessions would only be five-a-side matches,’ Barrett says. ‘But they were cup finals: high intensity; no holds barred. We would go in the car park round the back of the East Stand and it was all cinder. Crazy.

‘The social element was brilliant. On a Monday, Frank Clark and myself would go to Bill’s cafe for a cup of tea and to chew the fat. On a Friday at one o’clock you’d go in for a chip butty. Or a chip cob they called it. All of us would be there with the salt and pepper pots talking tactics. As it progressed we went to Uriah Heeps, a wine bar. Our diet would be frowned on now but we were sensible enough before a match.’

Barrett cites the League Cup win over Liverpool in March as vital in spurring Forest over the finish line, even though he missed the match with a stress fracture. ‘I cried. Again,’ he says. ‘I’d missed out on two finals with Man City, having played the semis. Ron Saunders dropped me against Wolves, and they lost that one.

‘Then I was injured when they beat Newcastle with Dennis Tueart’s overhead kick. I always wanted to play at Wembley. A week before the first Forest final I couldn’t walk so I had to drop out.’ 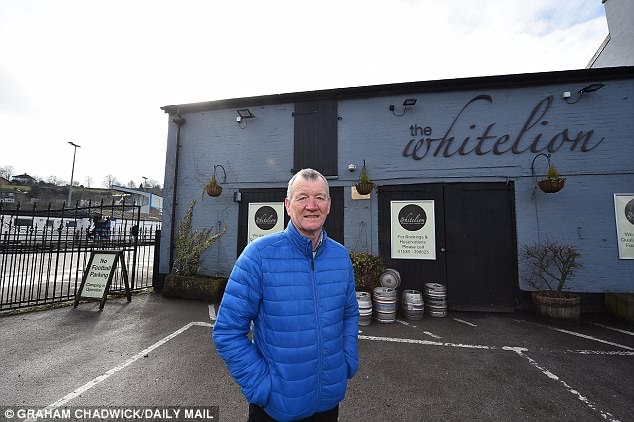 Barrett was back as Forest confirmed an implausible title with a draw at Coventry on April 22. They had not lost in the league since visiting Elland Road in November and were well on the way to a 42-game unbeaten run that has been bettered only by Arsenal’s Invincibles.

‘Supporters now say, “You don’t know what it was like waking up every Saturday and know you weren’t going to get beat”. The belief was in the whole city.’

Not that any players had predicted such an outcome. ‘Before the season we had signed the bonus sheet without paying attention,’ Barrett says. ‘It was only halfway through the season we looked and realised, “We haven’t got anything for winning the league here!” The directors were rubbing their hands.’

Satisfaction came in other ways. Barrett finally got to play at Wembley in the 5-0 Charity Shield win over FA Cup winners Ipswich and then in September he scored against champions Liverpool in the first round of the European Cup. 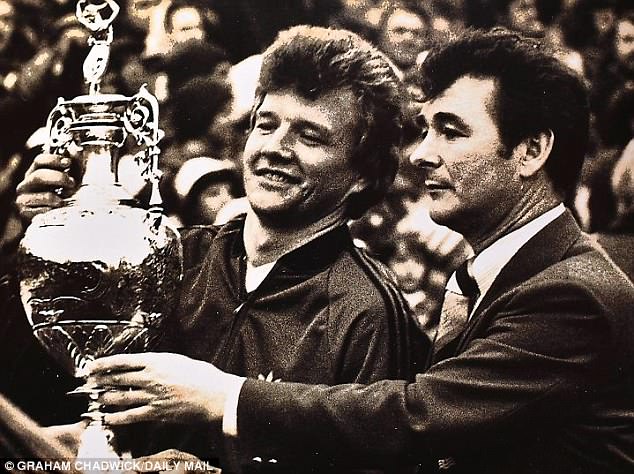 Barrett knew the highlights were worth saving for posterity. ‘I’d got it on tape and I would watch it occasionally over the next couple of years,’ he says. Unfortunately, his wife Sue had different priorities when an alternative story engrossed the nation, as Barrett discovered after pushing in the cassette for another watch.

‘My missus loved Dallas and she had taped over my goal for who shot JR!’ Barrett laughs heartily. ‘I thought that was it, I’d never get to see the goal again. We didn’t have all this modern technology. “What have you done that for?” I said. She wasn’t apologetic. ‘Well, it was JR…’

That blissful period is inextricably linked to pain too, though. Almost in the next breath Barrett mentions the incident that would end his career.

‘It was the Saturday before the second leg at Anfield and we played Middlesbrough,’ he says. ‘I pushed the ball out and stretched for it, and John Mahoney hit me from the side. I tried to walk because Cloughie is shouting, “Get up”. Then the ball came to me, I put it from right to left, and I just fell over, collapsed. I didn’t know how serious it was. In the hospital they told me my knee ligaments had gone and I was having surgery at Harlow Wood near Mansfield. 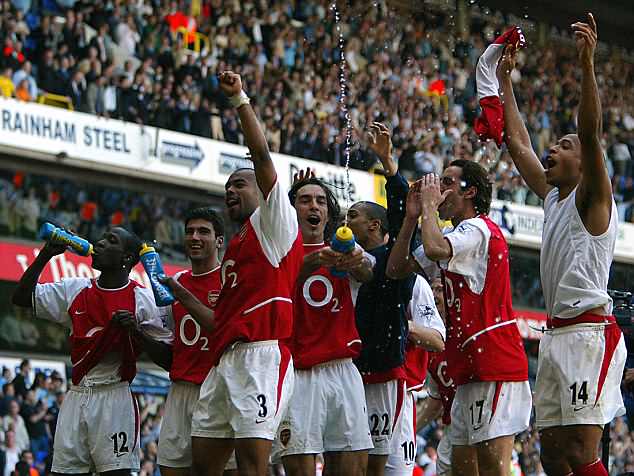 ‘I had my leg in plaster for six weeks, which they did in those days, then went for a week’s rehabilitation. I tried to come back and it was too soon. It kept going.’

Barrett was able to return for the victorious League Cup final against Southampton to realise a long-held dream and also two European Cup ties, the first away to Grasshoppers and then the 3-3 draw at home to Cologne. ‘The greatest game ever seen at the City Ground,’ he says. ‘And on a mudbath by the way.’

But after that match, the doctors had a message. ‘We think you should pack in for this season, give it a rest,’ they said.

‘There were two months to go before the final, so I thought I might still get fit,’ Barrett says. ‘Then I realised I was on the edge of having to retire.’

Barrett was in the dressing room at the Olympic Stadium in Munich but didn’t feel part of celebrations after the 1-0 win over Malmo. ‘When you miss finals, I’ve said this a million times, you might as well be sitting at home,’ he says. ‘All you want to do is play. I say, “I’ve not won the European Cup.” Everybody says, “Why?” I have this feeling that if you don’t cross that white line in the final you’ve not won it. It is old-fashioned.’

Forest did recognise Barrett’s contribution however and he has a medal and miniature trophy to show for it. He was in Madrid for the 1980 European Cup final but this time at a different hotel to the team and at the end of that season he left on a free transfer.

He joined Swindon but knew his playing days were over. ‘Finished at 29,’ he says. ‘I went down to the dole office and signed on. “What sort of job are you looking for?” they asked. “Well I have been a professional footballer”.

He moved back to Southwell with Sue, a schoolteacher, and their two baby girls because Nottingham had been ‘where times were good’.

After working in a pub, making snooker tables ‘at the height of the craze’, and ‘hating’ a job back at Forest on the commercial team selling lottery tickets, he started to paint the outside of his house.

‘Then a neighbour said, “I need mine painting”. Then another. So I carried on and became a painter-decorator,’ Barrett says.

He has put down his pots now but loves talking football and only recently showed his medals to the chap who had come to mend the gutters and knew his name.

Jonny Owen’s 2015 film, I Believe in Miracles, earned due reverence for Forest’s achievements and brought a few of the old team closer together. ‘We all meet up and still put the salt and pepper pots out!’ Barrett chuckles.

They also discuss one of Barrett’s first games, a 3-2 Second Division defeat by York in March 1976 that featured seven of the side who went on to lift the title and conquer Europe. Barrett adds: ‘You just think, how did that happen?’