Colin Firth is perfectly good but comes close to unbalancing the story in Kursk: The Last Mission

Like many, I vividly remember the real-life horror of the Kursk, when a badly damaged Russian submarine – rocked by explosions – sank to the bottom of the Barents Sea in August 2000 and nobody knew whether its 118 crew were alive or dead.

For nine days, amid reports of tapping being heard from the hull but with the Russian authorities turning down foreign offers of help, the world held its breath and waited for news of a miraculous rescue.

Now, again like many, I come to this new dramatisation galvanised by the phenomenal success of Chernobyl on TV and the belated realisation that there was far more to these headline-grabbing disasters than incompetence, financial stringency and technical obsolescence. 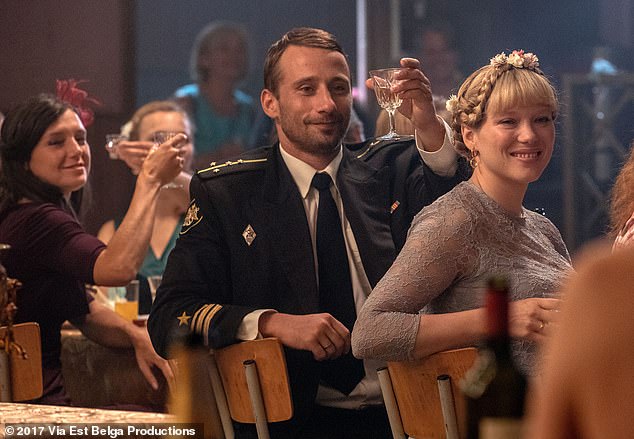 Matthias Schoenaerts takes the lead here as Mikhail, the popular commanding officer of Compartment Seven. He has a devoted pregnant wife (played by Léa Seydoux)

Heroism, sacrifice, duty, human fallibility, a deep-seated fear of bucking the party line – all were also there. And they are there in Kursk: The Last Mission too… only a little less so than perhaps I was expecting, or hoping for, especially for a film made by European art-house favourite Thomas Vinterberg, the man responsible for both The Hunt and the fabulous retelling of Far From The Madding Crowd.

Matthias Schoenaerts, the Belgian actor who played Gabriel Oak in that Thomas Hardy adaptation, takes the lead here as Mikhail, the popular commanding officer of Compartment Seven, the only part of the Kursk to survive more or less intact when an ‘angry’, chemically unstable test torpedo explodes in its rack, setting off a catastrophic chain of secondary explosions, fires and floodings.

Already, the parallels with Chernobyl are becoming apparent. Like the doomed Ukrainian fireman in the TV series, Mikhail lives on a bleak, Soviet-era housing estate and has a devoted pregnant wife (played by Léa Seydoux) who will soon lead the increasingly angry fight for the Russian authorities (at the time of the accident Vladimir Putin had been president for barely three months) to release more information. 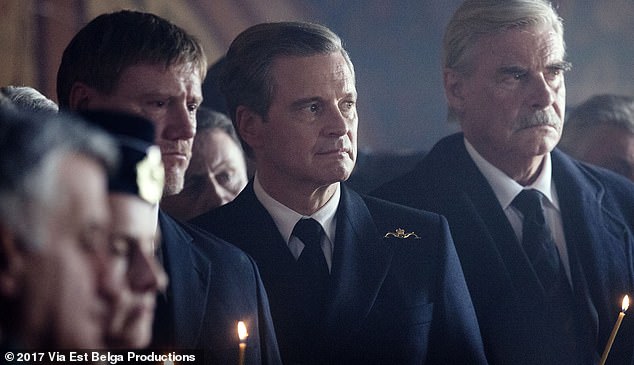 And just like with the stony-faced party apparatchiks in Chernobyl, it soon becomes clear that to do so is more than their careers or lives are worth.

But an important difference is also becoming obvious too. Unlike Chernobyl, which took huge pride in its historical veracity, Vinterberg and his main writer, Robert Rodat, who wrote the screenplay for Saving Private Ryan, admit they have taken dramatic liberties with the story.

It’s still based on Robert Moore’s book A Time To Die: The Untold Story Of The Kursk Tragedy, but children have been introduced where there were no children, the timeline has been played with to heighten dramatic tension and, perhaps to justify employing Colin Firth as the sort of senior submarine officer at the Admiralty that Kenneth More might once have played, we Brits appear to have been given an increased role.

It’s about now you remember that the film is produced by the beleaguered French film-maker Luc Besson, a populist who favours drama over truth at every turn, and start to think ‘hmmm’.

The deaths of 14 Russian submariners in a fire on the Losharik less than a fortnight ago, however, undoubtedly lends the film an awful relevance and resonance.

Vinterberg is a proven class act, and while this undoubtedly represents something of a departure for him, he looks unexpectedly at home with both the film’s visual and special effects, and his distinguished cast certainly don’t let him down.

Schoenaerts and Seydoux are unshowily effective in their central roles, while 90-year-old Max von Sydow does a splendid, granite-faced job of representing ageing Soviet intransigence.

As for Firth, he’s perfectly good but, through no fault of his own, comes close to unbalancing the story. Sometimes a lesser star is more.

I absolutely love Ron Howard’s new documentary of the larger-than-life Italian tenor. It somehow manages to communicate what the star never quite managed to convey himself – his journey from a humble upbringing in Modena to a globally famous artist with a passion for food, family and women.

It says much of Howard’s tact, and of Pavarotti’s enduring charm, that the film contains contributions from both his wives, at least one mistress and all three of his adult daughters. But it’s the music that shines through. 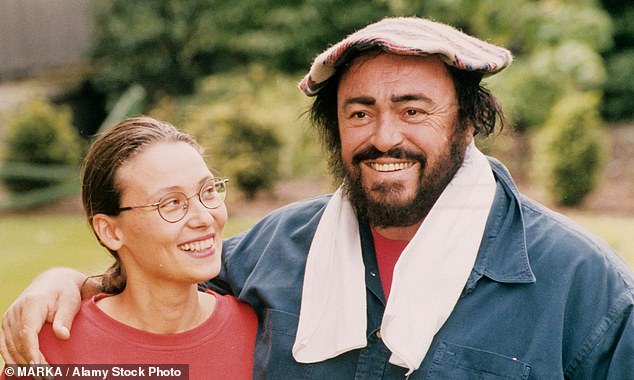 The film contains contributions from both Pavarotti’s wives (including second wife Nicoletta Mantovani), at least one mistress and all three of his adult daughters

Look out for il maestro’s wonderful performance on the stage of the Manaus opera house in the Amazon jungle and the truly spine-tingling moment when all the Three Tenors rip into Nessun Dorma. 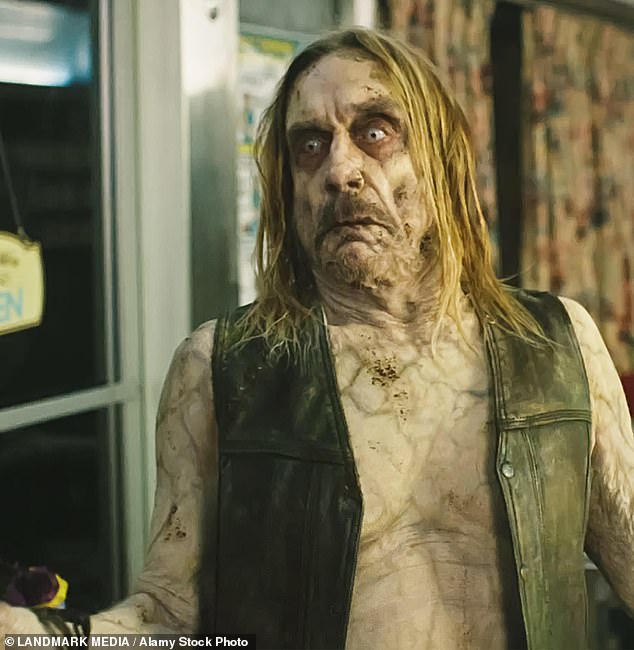 Jim Jarmusch’s zombie spoof sees a generous handful of the director’s favoured regulars deadpanning their way through this downbeat drama. (Above, Iggy Pop as a zombie)

Some sort of anti-Trump satire may be intended here but it’s neither clever enough nor funny enough.

Dave Bautista tries to show there is acting life after Guardians Of The Galaxy in this uneven comedy-thriller.

With Bautista’s Guardians co-star Karen Gillan (clearly doing a mate a favour) bowing out after only a few minutes, it’s left to Bautista and Kumail Nanjiani to fill the void. The former is cast as a dogged Los Angeles detective, while the latter is Stuart, a part-time taxi driver.

Vera Farmiga and Patrick Wilson turn up as the demon-hunting Warrens just long enough to honour contractual obligations, presumably, leaving most of the running time of this third film in the Annabelle franchise to their psychic daughter, Judy (Mckenna Grace), and her two teenage babysitters.

Foolishly, one of them has opened the cabinet containing the possessed and murderous Annabelle doll. Will frighten a teenage audience in the end.