Colin Kaepernick wants to play in NFL again, would consider playing for the Patriots, lawyer says

Colin Kaepernick still wants to play in the NFL again claims his lawyer and says he would consider an offer from the Patriots, after settling his lawsuit for an undisclosed amount

By Maxine Shen and Marlene Lenthang For Dailymail.com

Former 49ers quarterback Colin Kaepernick could make a return to the NFL, according to his lawyer.

Kaepernick and former teammate Eric Reid reached a confidential settlement with the NFL Friday regarding a grievance Kaepernick filed in October 2017, accusing the league and its 32 teams of blacklisting him and preventing him from being signed in retaliation to his kneeling national anthem protest against police brutality.

Now that the settlement has been reached, Kaepernick’s lawyer, Mark Geragos, believes that his client could be snapped up by an NFL team within two weeks.

Hot on the heels of an undisclosed settlement with the NFL, Colin Kaepernick (in 2018) is said to be eager to return to playing with an NFL team 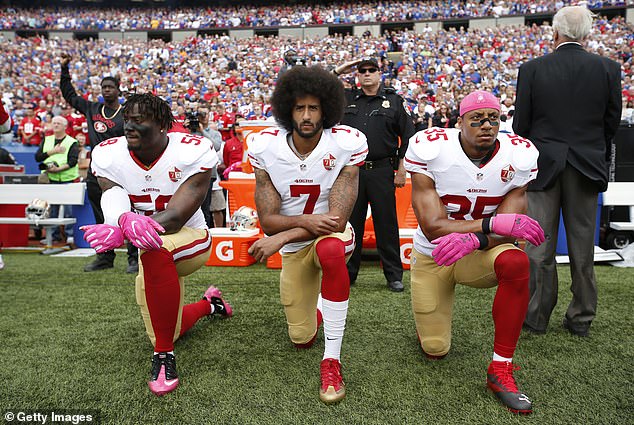 Just days after the AP reported that Kaepernick asked for $20million or more to considering playing with the newly debuted Alliance of American Football, Geragos said that Kaepernick ‘absolutely wants to play’ in the NFL.

‘He wants to compete at the highest level,’ Geragos told CNN Saturday. ‘This is a competitive young man.’ 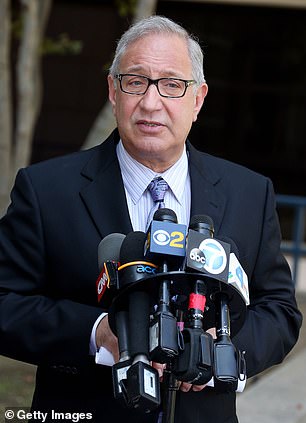 Kaepernick’s lawyer, Mark Geragos predicted his client would be snapped up by a team within two weeks

Geragos told ESPN that he had spoken with Kaepernick on Saturday about the fact that he wants to play in the NFL again and predicted that a team would snap the quarterback sooner rather than later.

‘I think you’re going to see … within the next two weeks that somebody is going to step up and do the right thing,’ Geragos told ESPN.

As for which team it would be, Geragos suggested the Carolina Panthers — a ‘natural place’ considering Reid currently plays for the team — but then added that ‘it would not surprise me if [Patriots owner] Bob Kraft makes a move.’

Kraft is known for being a ‘bridge-builder’ within the NFL and may be looking for a replacement quarterback to take up Tom Brady’s mantel, according to ESPN.

Brady, 41, has said that he intends to keep playing until he’s 45, leaving just four years for the Patriots to find a new star quarterback.

The Panthers, meanwhile, are also in need of a strong quarterback, as current QB Cam Newton’s status is unknown following his January shoulder surgery. 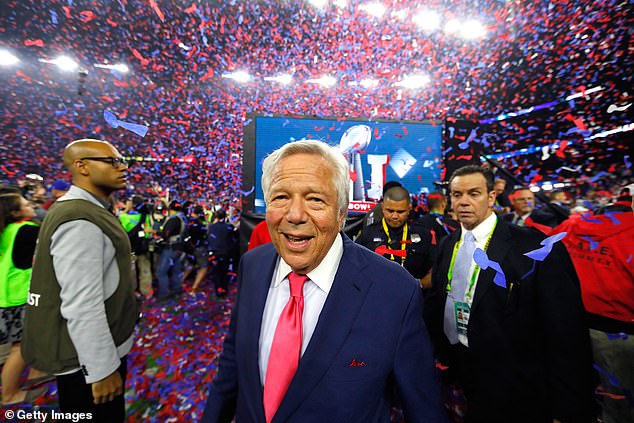 Geragos speculated that the team would be either the Carolina Panthers or the New England Patriots. Patriots owner Bob Kraft (pictured) is said to be a ‘bridge-builder’ within the NFL 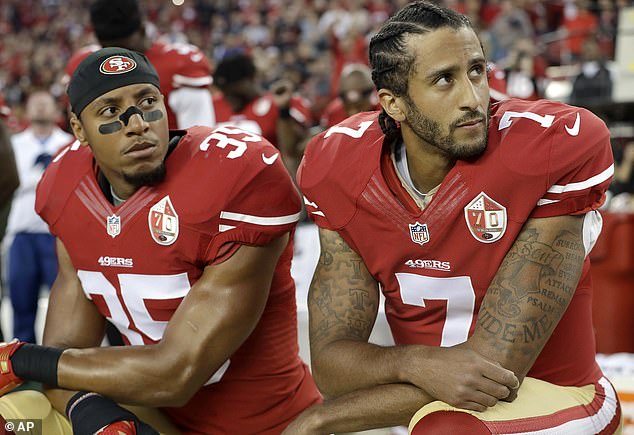 Kaepernick (right) and Reid (left) played with the 49ers from 2013 to 2017. Kaepernick then became an unsigned free agent while Reid signed with the Panthers

Geragos also told CNN that some former Patriots coaches could also be interested in Kaepernick, although declined to name names.

Kaepernick played with the 49ers from 2013 to 2017, when he severed his contract with the team to become a free agent. He then went unsigned during the offseason.

Reid also played for the 49ers from 2013 to 2017, but was signed by the Carolina Panthers during the 2018 season, recently signing a three-year, $22million deal to stay with the team.

The terms and details of their settlement with the NFL has not been disclosed, but Bleacher Report NFL columnist Mike Freeman tweeted Friday that NFL team officials have speculated to him that Kaepernick could have pocketed between $60million to $80million in the agreement.