Devastated friends, family and colleagues of PC Andrew Harper are showing their solidarity with the fallen officer through ‘thin blue line’ social media pictures – and have raised £10,000 to help support his grieving family.

Facebook and Twitter users have been displaying their support for officers after PC Harper, 28, was mown down by a ‘getaway van’, thought to be a Seat, on Thursday night while responding to reports of a burglary near Reading, Berkshire.

Messages of support and condolences have been flooding in for those close to the officer, who was described as ‘a hero until the end’.

Variations of a ‘thin blue line’, representative of a saying that refers to the police as the guarding force between order and chaos, appear on several online pictures of those paying tribute, including PC Harper’s friends and relatives.

In addition, a JustGiving page was set up following the officer’s death, and Thames Valley Police Federation have so far raised £10,000 for the family of PC Harper, who ‘tragically gave his life on duty protecting the public on 15 August’. The page currently has a target of £25,000.

Tributes poured in for PC Andrew Harper, pictured with wife Lissie, whom he married just four weeks ago 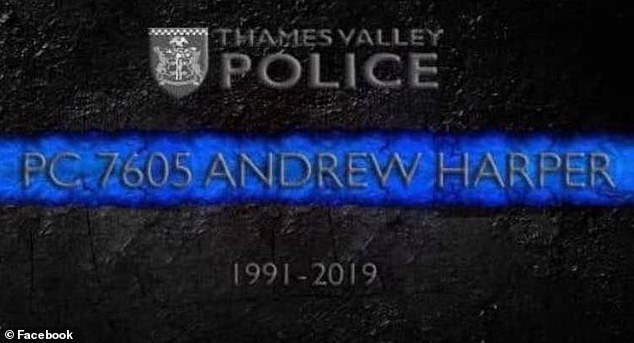 One of PC Andrew Harper’s colleagues, Melissa Todd, posted this tribute to the fallen officer 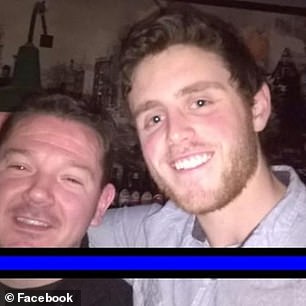 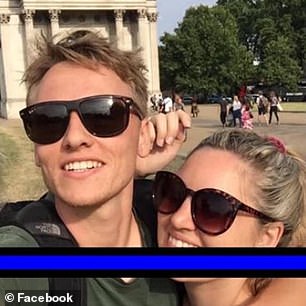 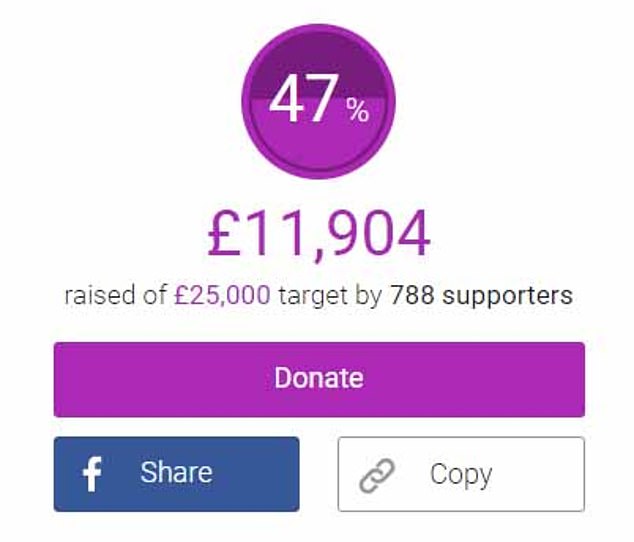 A JustGiving page for PC Harper was set up to support his family – which has so far raised more than £10,000

The page reads: ‘Police officers all over Thames Valley and the rest of the UK go to work each and every day to do their duty. We are courageous, caring and compassionate. We confront danger on a daily basis. We know there is a risk when we put on the uniform but we do so as we are proud to protect the public.

‘Sadly on very rare and horrendous occasions a colleague makes the ultimate sacrifice. We will ensure that heroism is never forgotten. All our thoughts remain with Andrew’s wife, family, friends and close colleagues.

‘The family of PC Harper will decide how money raised through the page is used.’

Since being set up following his death, more than £5,000 has been raised.

PC Harper had set up a page on the Virgin Money Giving site in aid of Children with Cancer UK.

The page has seen a huge influx of donations since the officer’s death, with more than £10,000 – 2118% of the original £500 target – contributed to the officer’s charity of choice. 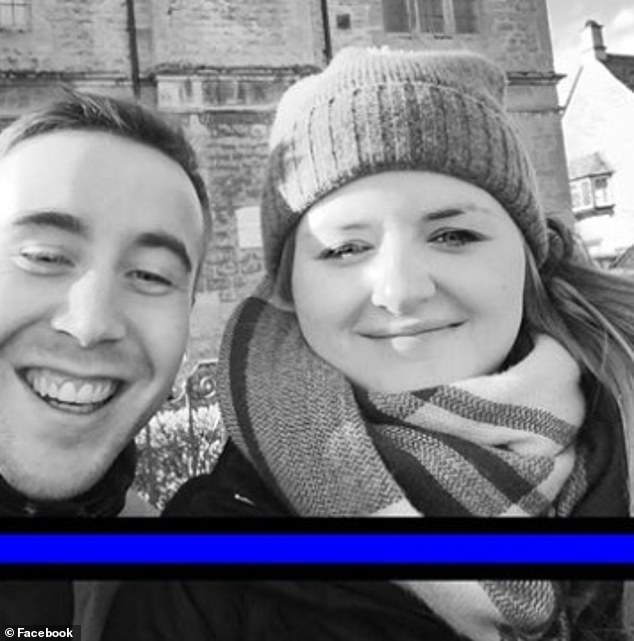 One friend, Gareth Jones, joined in the tributes, adding the ‘thin blue line’ to his display picture

Variations of a ‘thin blue line’, representative of a saying that refers to the police as the guarding force between order and chaos, appear on several online pictures of those paying tribute

He had written on the page: ‘Nobody deserves to experience the devastating impacts of cancer, but especially not children. Thankfully I’ve never had to experience the effects of child cancer but there are many who are not so lucky…

‘Every day 12 families in the UK receive the devastating news that their child has cancer. Through funding vital specialist research, Children with Cancer UK give children the best chance to survive.

PC Harper had written that he had ‘never been much of a runner’, but decided to run a 20-mile, 200-obstacle course route in 2020 to ‘try and help save the lives of children with cancer and keep families together’.

‘Even if only one child benefits then it will be well and truly worth it,’ the officer wrote. ‘Wherever possible, please support me in this goal and help us fight for those who can’t fight for themselves. Thank you.’ 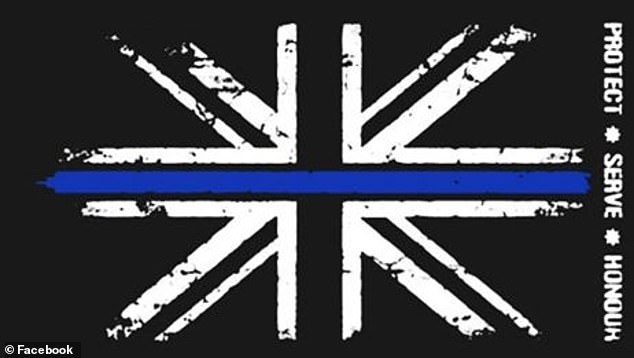 Pictured: A variation of the image imposed over the Union flag was uploaded by a friend of PC Harper’s family 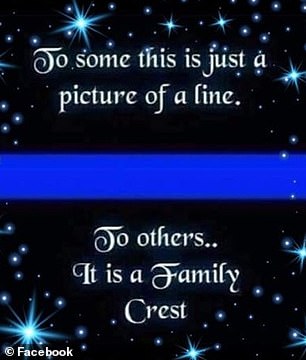 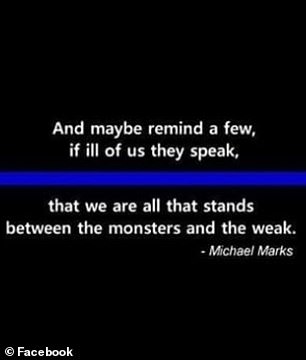 Tributes to the fallen PC flooded in following news of his death on Thursday near Reading (pictured: More ‘thin blue line’ tributes to PC Harper)

Among those changing their profile pictures  to the ‘thin blue line’ was Melissa Todd, who said of PC Harper: ‘An amazing friend and colleague. My thoughts are with his family.’

Former colleague Fred Swanborough added: ‘God bless, such a lovely bloke, had the pleasure of working alongside him for a short period last year. Thank you for your service PC Harper, RIP.’

Writing to PC Harper’s wife Lissie, whom he married just four weeks ago, former officer Amanda Jane said: ‘We are all devastated to hear of your loss. He made the ultimate sacrifice and I hope you get a small comfort from knowing that all the police family are standing with you. I’m so sorry for you and all your family xxxx’

Sara Ann, also paying tribute to the fallen officer in her picture, said: ‘I’m so sorry for your loss, he was a true hero my thoughts go to you and your families R.I.P PC Harper x’.

Margaret Hickey, whose display picture shows an angel hovering above the thin blue line, said: ‘So sorry for your loss…myself and my family work for the force. So proud of our officers… words fail me.’

One well-wisher said: ‘Cannot begin to imagine what she’s going through right now, plus everyone on his team who are probably all back in again tonight’.