A newly-hired college football coach who used his first interview with the campus newspaper to praise Adolf Hitler’s leadership abilities has resigned.

Morris Berger, who was hired as offensive coordinator for Grand Valley State University in Michigan on January 20, announced his resignation Thursday.

It comes a week after he told student newspaper The Lanthorn that Hitler topped the list of historical figures he would like to have dinner with.

Morris Berger, newly-hired offensive coordinator for the Grand Valley State University football team, has resigned 11 days after he got the job

As a history graduate from Drury University, Berger was asked in the interview on January 23 to name three historical figures he would share a meal with.

‘This is probably not going to get a good review, but I’m going to say Adolf Hitler,’ he responded.

‘It was obviously very sad and he had bad motives, but the way he was able to lead was second-to-none.

‘How he rallied a group and a following, I want to know how he did that. Bad intentions of course, but you can’t deny he wasn’t a great leader.’ 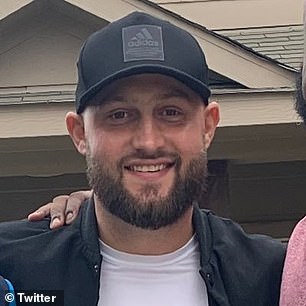 Berger went on to name JFK and Christopher Columbus as his two other choices.

The interview was published the same day, and caused outcry among the student body before catching national media attention.

Berger was suspended on Monday as university officials said they were ‘conducting a thorough investigation.’

The university announced his resignation on Thursday, saying it was effective immediately.

‘Over the last 11 years I have taken great pride in the responsibility and privilege of being a teacher, coach, mentor, and a valued member of the community,’ Berger said in the statement.

‘I was excited and proud to be at Grand Valley, and am disappointed that I will not get the opportunity to help these players in 2020.

‘However, I do not want to be a distraction to these kids, this great university, or Coach (Matt) Mitchell as they begin preparations for the upcoming season.’

The statement was followed by an open letter which he posted on Twitter, apologizing for his actions. 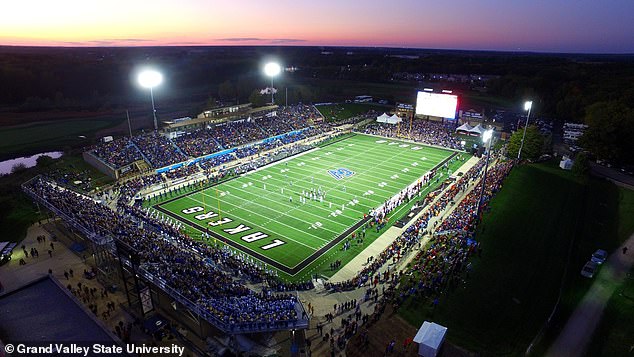 Berger said he did not want to be a ‘distraction’ for the team in their upcoming season, while apologizing for his ‘absurd’ answer (file image)

He added: ‘In a poor effort to give an out-of-the-box answer to a question, I mistakenly communicated something absurd.

‘There is no justifiable excuse. It was insensitive and not my intent.

‘I failed myself, my parents, and this university. The answer I attempted to give does not align with the values instilled in me by my parents… nor represent what I stand for and believe in.’

He also pledged to work ‘to regain the trust and respect of everyone I have let down’.

Head coach Matt Mitchell added: ‘Nothing in our background and reference checks revealed anything that would have suggested the unfortunate controversy that has unfolded.

‘This has been a difficult time for everyone. I accepted Coach Berger’s resignation in an effort for him to move on and for us to focus on the team and our 2020 season.’