College headteacher under fire after she spent £150,000 on expenses including nights in luxury hotel

The principal of a ‘poverty-hit’ college spent £150,000 on her company credit card over four years as she splashed out on luxury hotels, boozy lunches and designer headphones.

Stella Mbubaegbu ate lobster at a Michelin-starred restaurant, stayed in lavish accommodation, bought gifts, books and a dishwasher while staff’s pay was frozen, it was revealed today.

The head of Highbury College in Portsmouth, Hampshire, warned this year’s budget would be ‘the hardest for many years’ but paid for 30 flights using the college-issued credit card with prices ranging from £200 to £6,000, reaching a total of £70,000.

Stella Mbubaegbu (pictured) at lobster at a Michelin-starred restaurant, stayed in lavish accommodation, bought gifts, books and a dishwasher while staff’s pay was frozen

It is understood that the transactions she made using the card were expenses that were ‘approved and authorised’.

Details from a Freedom of Information by FE Week request show her extensive spending over the course of four years included two days in London, during which time she spent almost £1,100.

That included a stay at the £280-a-night Hilton Hotel in Bloomsbury, paying an extra £33.25 for room service at the four-star venue, and a night at the five-star Conrad St James hotel in Westminster at a cost of £369 for the room and £16 for an ‘accommodation supplement’.

Using the credit card with a £20,000 limit, she also splashed out on a lavish meal at Michelin-starred restaurant Quilon, where the night ended with a £356 bill at 11.22pm, which included £111 drinks. 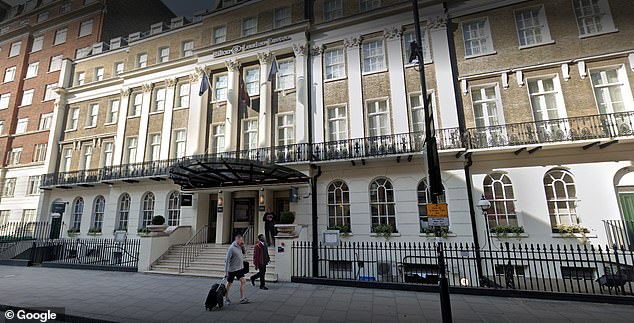 She stayed at the £280-a-night Hilton Hotel in Bloomsbury (pictured), paying an extra £33.25 for room service at the four-star venue 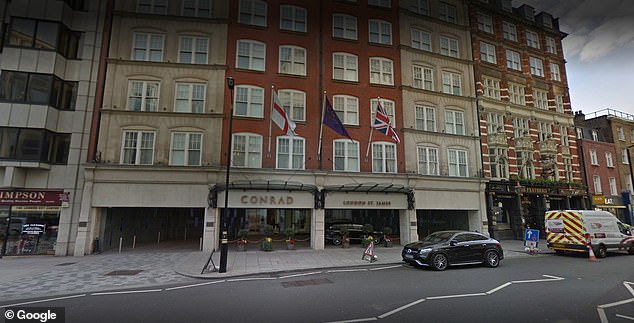 During the meal, diners shared a £26 mango chicken starter, one enjoyed a £45 lobster dinner, and others had a £22-a-piece lamb biryani and chicken roast.

She and her companions drank two mojito cocktails costing £14 each, £14 a pop margaritas, three Mongoose beers at £7 each and two £11 non-alcoholic ‘Zingy’ cocktails.

A receipt shows £1 was donated to charity.

The University and College Union’s Moray McAulay today slammed her spending, describing it as ‘galling’ and added the expenditure ‘sends a damaging message about the college’s priorities’. 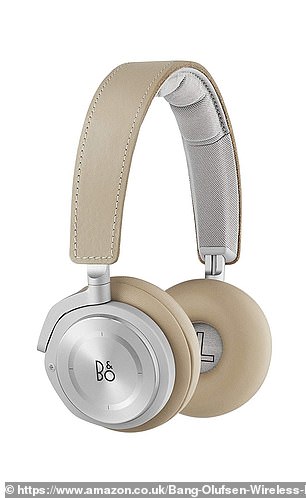 Rules at the college were finally tightened in May to stop alcohol and lunch from being claimed by staff.

At that board meeting, a proposal was agreed that the principal’s credit card should have a £2,000 limit – down from £20,000 – and that all foreign travel would need to be authorised by the chair or vice-chair and be second class unless authorised.

The spending comes as the college has been forced to axe its A-Level department, with 20 jobs lost as it focused on practical courses such as bricklaying.

It is also embroiled in legal battle with the Nigerian state after it sunk £1.4million into an education project, during her tenure, which did not work out.

Minutes from a recent governors’ meeting reveal Ms Mbubaegbu warned the 2019/20 budget would be the ‘hardest for many years’, adding: ‘There was a very limited safety net if cash ran out.’

Yet, between 2014 and 2018, the college paid out £60,000 on stays at hotels around the world, sometimes four but mostly five-star, including trips to America, Dubai, Saudi Arabia and China.

There was even a bill for a stay at the Marriott Hotel in Portsmouth just ten minutes from the college. 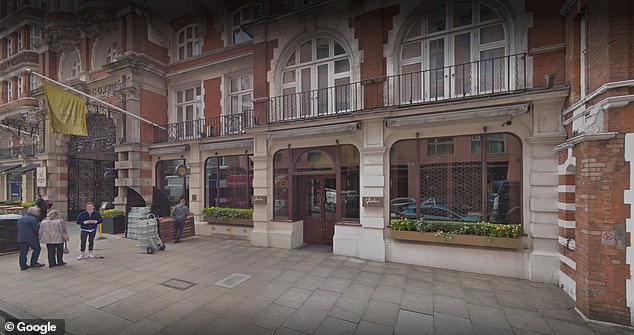 Using the credit card with a £20,000 limit, she also splashed out on a lavish meal at Michelin-starred restaurant Quilon (pictured), where the night ended with a £356 bill at 11.22pm, which included £111 drinks

Among her £70,000 travel expenses bill were receipts for two taxis on the same day in November 2017, when, after landing at Heathrow, she took an executive car to Birmingham, while putting only her luggage in a taxi back to Portsmouth.

Spending also included £33.70 on a personalised ‘wave cut’ engraved whisky set for Parviz Daneshvar, a long-serving governor who quit in 2018 on July 12.

The same day £30.95 was spent on a pink Prosecco gift set from Thorntons chocolatier.

What did Ms Mbubaegbu spend the money on?

A week later Ms Mbubaegbu charged £302.53 to her Barclaycard for 16 books from Amazon – including one on financial management.

Another of the books, Extreme Ownership, by former US Navy Seals, gives lessons to organisations on how they can use military insight to ‘achieve the highest level of success’.

One lesson detailed in the book – called: Check The Ego: Operate –  with a high degree of humility by admitting mistakes and taking responsibility.

But Ms Mbubaegbu has slammed a local newspaper report regarding her spending.

She said claims were ‘exaggerated’, arguing that her spending had been for the sole aim of enabling the college to ‘flourish’.

As chief executive of the college, she claimed the pressure to balance budgets in further education establishments is ‘extreme’ and ‘the past few years have been difficult for all of us who work within the sector’.

Ms Mbubaegbu insisted the ‘sole purpose’ of her foreign travel was to increase Highbury’s reputation overseas and create ‘additional sources of income’.

She did not explain why it had been necessary to purchase first class air travel.

Today the college refused to reveal how much Ms Mbubaegbu is paid. In 2017, she reportedly had a salary of £96,000 a year. 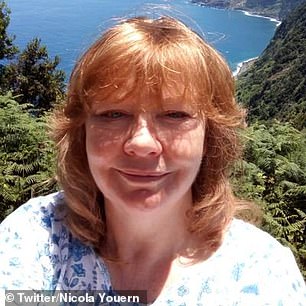 In a statement, Ms Mbubaegbu today said: ‘The [newspaper report] contains exaggerated claims about my expenses. For example, many of the items listed, including a dishwasher from Curry’s and dozens of copies of certain books, were clearly for college use.

‘The story has attempted to paint a picture of me as a flagrant spend-thrift using College funds for my own personal gain.

‘A large focus seems to be around the amount of international travel I have undertaken.

‘I would like to state that the sole purpose for my international work has been with the aim of increasing the College’s reputation overseas in order to create additional sources of income.

‘Over the last four years the College has earned in the region of £2.5million of additional income from international business development activities, income that has been vital in protecting both student services and the quality of education.

‘In its entirety, the expenditure incurred furthered the operational and strategic goals of the College.

‘The College has a robust and thorough process to review, approve and control any expenditure incurred by the Principal or any other member of staff.

‘The expenses referred to were approved and authorised correctly and are also subject to independent audit in accordance with College procedures.’

As head of the college, Ms Mbubaegbu also holds the role of accounting officer and signed off the college’s 2018 financial statement, in conjunction with the chairwoman Ms Youern.

Ms Mbubaegbu added: ‘Chief Executives of further education colleges have found ourselves under fire in recent years within a context in which there is extreme pressure to generate income to survive.

‘The pressure to deliver in order to balance the budget and to generate income so that we can do the vital work we do is extreme, the burden a heavy one as we seek to enable our colleges and students to thrive.’

The University and College Union’s Mr McAulay said: ‘The principal’s spending on Michelin-starred meals and high-end hotels sends a damaging message about the college’s priorities.

‘It is all the more galling given that the college has been pleading poverty on pay – staff have not received a pay rise since 2013 and the college has cut jobs in recent years.

‘Investing in students and staff to ensure the local community can benefit from high-quality learning should always be the college’s top priority for spending.’

A Highbury College spokeswoman said expenses were ‘approved and authorised and were then subject to independent audit, as is usual practice’.

She added: ‘The college maintains continuous review of its procedures.’