A footy star played the ‘don’t you know who I am’ card on a hospitality venue operator after she refused his request to host his wife’s 30th birthday party.

Dayne Beams, who played for AFL giant Collingwood until his retirement last year, reached out to the owner of the Olinda Yarra Estate in Victoria’s Yarra Valley about the party due to be held in June.

However, after he and the operator Shelley Hughes went back and forth about numbers for the celebration, Ms Hughes abruptly turned down Beams’ request – claiming he was trying to talk down the prices.

The ex-footy star sent a series of messages to the venue owner in response, boasting about his 100,000 social media followers.

Dayne Beams, who played for Collingwood up until his retirement last year, had reached out to Shelley Hughes who owns the Olinda Yarra Estate in Victoria’s Yarra Valley to host his wife Kelly’s 30th birthday party (Beams and wife pictured)

In a series of text messages the pair are seen discussing the number of guests at the event, with Beams asking if additional children could come along for free.

Ms Hughes said the prices were set at $80 per person for a minimum of 50 guests and said children under two had free entry, while those between three and 12 were at half price.

She then asked how many children in each age group would be attending.

Beams responded asking if he could have 40 adults and 20 kids for the same cost as 50 paying adults, before his event was abruptly cancelled.

‘I’m no longer interested in your booking Dayne,’ Hughes said.

‘You seem to be changing numbers and not transparent. We are a large venue with WorkSafe and covid-safe policies and require guests to be upfront with all details of their booking. I suggest you find elsewhere, regards Shelley.’ 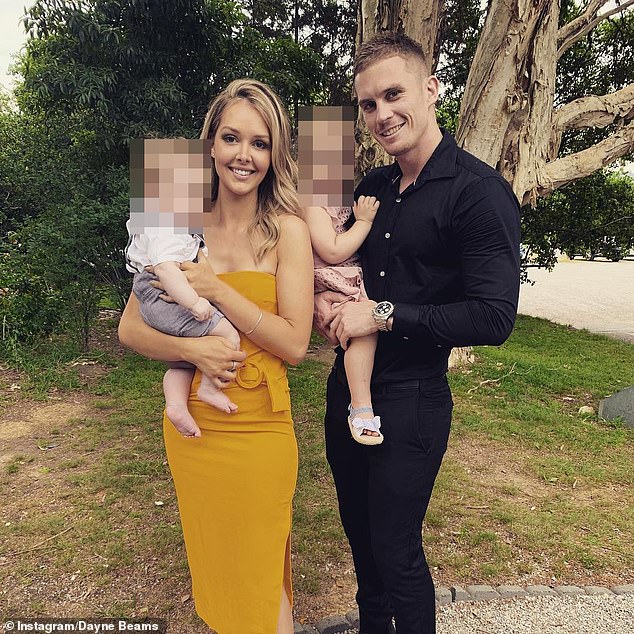 Beams said he was shocked by her ‘unfair’ and ‘disappointing’ response and offered to speak to her about it over the phone, saying he was just trying to confirm numbers.

‘The way I was just spoken to was just rude IMO (in my opinion) and I would hate for this to reflect badly on your business and venue so I’m willing to give you another chance with this and just move on.’

Speaking to Daily Mail Australia, Ms Hughes said she thought Beams was using his sporting status as ‘leverage’ to secure the event and was shocked at his barrage of texts.

‘I wasn’t being unreasonable, I was being professional,’ she said.

‘I felt like he was not being upfront with sorting the numbers and because of our policy we had to be accurate.’

Beams confirmed to Daily Mail Australia he had since booked another venue and said he believed he was being ‘reasonable’ and was simply trying to confirm numbers.

‘The messages I sent after that was trying to give her another chance because I didn’t like the way I was being spoken to. I just wanted to get clarification around the numbers,’ he said. 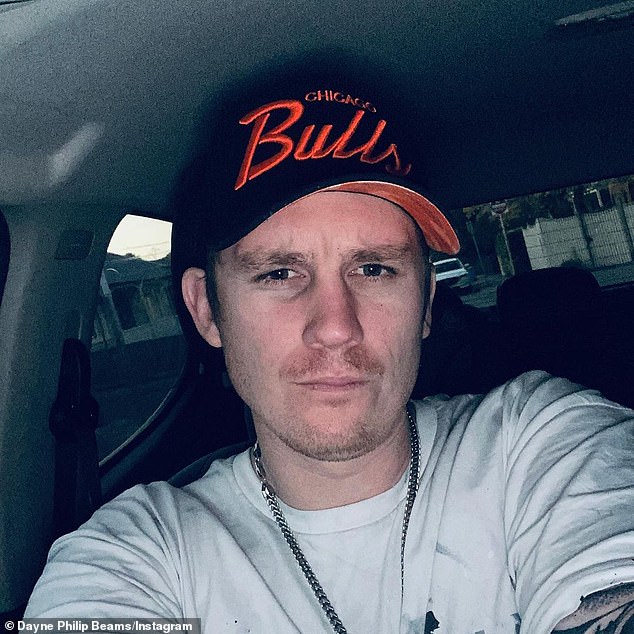 After the text messages Beams left a very blunt and scathing review on the Facebook page of the estate labelling her ‘rude’.

‘I was shocked to say the least, this was an extremely poor way to treat someone,’ he wrote.

‘My mental health and confidence around organising this has taken a hit because of it and I think Shelley should be ashamed.’

Ms Hughes said his review was ‘unwarranted’ and ‘over the top’.

‘I thought ”oh my god you can’t speak to people like this”,’ she said.

She added his behaviour had tarnished her business and admitted she was doubtful the issue would have ever been resolved.