Christian Cueva looked terrified when he stepped up, so it wasn’t a surprise when he launched his penalty kick high over David Ospina’s goal.

The MetLife Stadium exploded, Colombia supporters feeling a mixture of relief and excitement, fresh off the hook and heading to the Copa America Centenario semi-final. Their team had failed to press home the clear advantage in quality they had and ended up facing the near coin-flip that is penalties.

Arsenal goalkeeper Ospina, who saved Christian Ramos’ header in stoppage time at the end of the game, denied Miguel Trauco, who fired down the middle but saw his effort blocked by the Colombian’s trailing foot. 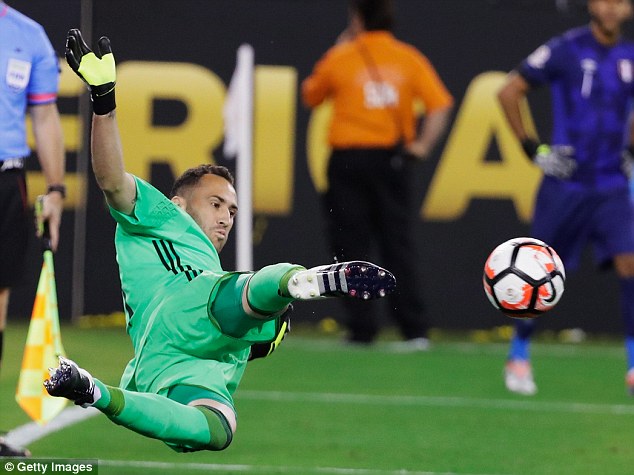 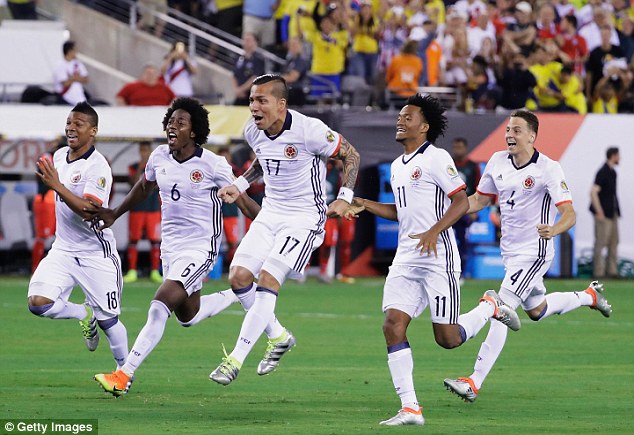 James Rodriguez, Juan Cuadrado, Dayro Moreno and Sebastian Perez converted for Colombia, while Raul Ruidiaz and Renato Tapia scored for Peru, but Ospina’s save and Cueva’s ballooned effort ended what had been an impressive Copa America charge, his team having beaten Brazil and Haiti and drawn with Ecuador in the group.

The pattern of the game was clear from the start, with Colombia driving forward and Peru looking to keep them at bay primarily, with a secondary aim of breaking to try and hit them on the counter-attack.

With Colombia players zipping around, particularly Juan Cuadrado, at times the only means Peru had of stopping them was to trip them. There were a dozen fouls before the game had reached 20 minutes, most of them on Los Cafeteros. 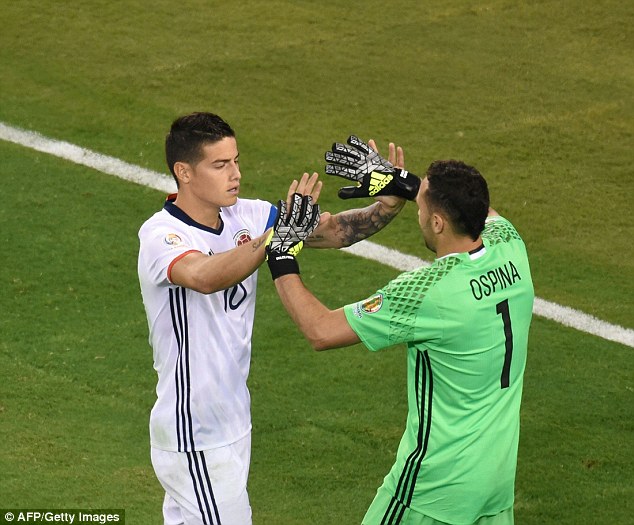 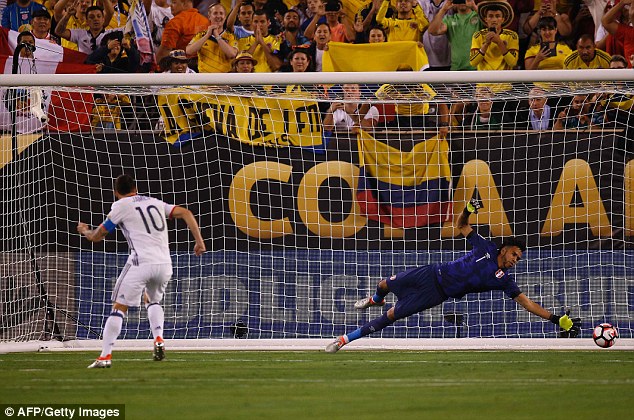 In the 22nd minute they should have opened the scoring, when James surged forward and curled a low effort from the edge of the box that struck the inside of Pedro Gallese’s post and bounced out. The goalkeeper was frozen, rooted to the spot, but when the ball span back to Carlos Bacca, the AC Milan striker hit the side netting.

At the other end Peru were quiet, bar an Edison Flores header from Paolo Guerrero’s cross which sailed over the crossbar. They had their first sustained period of possession after half-an-hour, but failed to create many chances.

Referee Patricio Loustau was notable before the game because he was taking charge of it 27 years after his father Juan Carlos officiated this clash in the 1989 Copa America, but he soon was being talked about for his leniency.

As bad tackles flew in, with Colombia also draw into aggressing, his cards remained firmly in his pocket. Half-time was reached without any goals, more surprising was that there hadn’t been any bookings either, given the 19 fouls.

The game grew tenser in the second half, with Colombia less willing to fling men forward and Peru retaining their defensive structure. While it became a grey affair, the fans provided the colour in the stands of New Jersey’s MetLife Stadium. 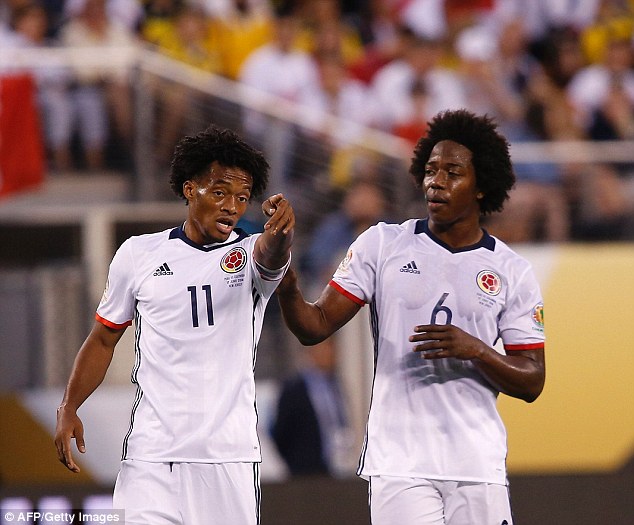 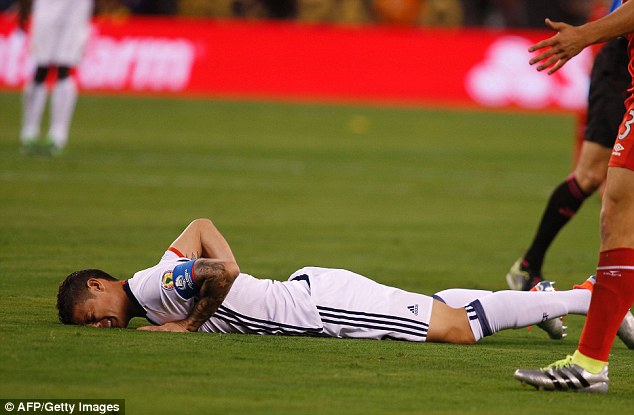 From the parking lot barbecues and DIY discos to the balloons being batted around during the game, both Colombia and Peru fans dazzled—an area where at times the tournament has suffered because of large stadiums which didn’t sell out.

This match was, and even though there were patches of empty seats, presumably from fans of other countries like Brazil or the USA who thought they might have been in this game, they were barely noticeable. 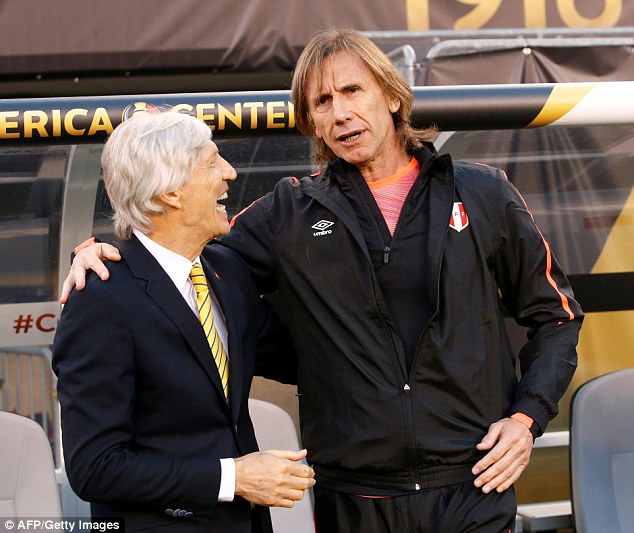 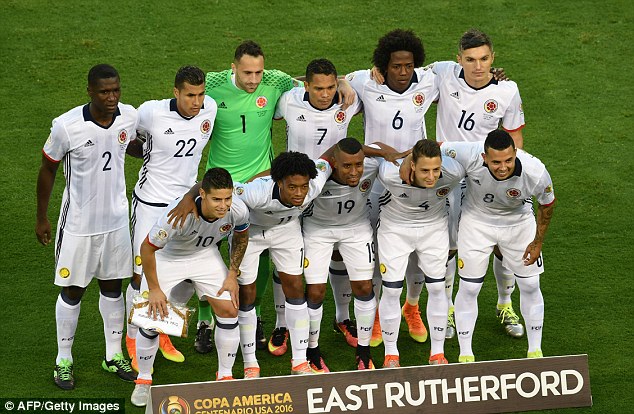 Rather like the two teams in the second period, cancelling each other out, most chances stopped before they developed into true opportunities.

Peru had a last-gasp chance in stoppage time, with Ramos’s header tipped over well by Ospina, who went on to be the hero in the shoot-out.

Reaching penalties after 90 minutes was something it seemed Peru would have been happy with from the start—but they certainly weren’t happy by the end.

Colombia live to fight another day, but will need to create more and finish better when they take on either Chile or Mexico in Chicago next week.