Carlos Valderrama, Alexi Lalas, Jorge Campos and Mario Kempes have come together to celebrate what promises to be a truly special Copa America this summer.

The footballing legends, who each have their own history with the tournament, are official ambassadors for the centenary event.

They took responsibility in February to draw the four groups of four which will compete in the United States as holders Chile look to defend their title. 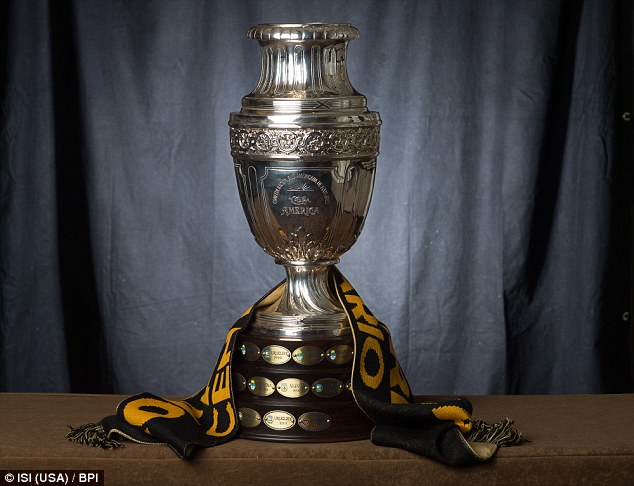 The trophy has been in existence since the first edition of the Copa which took place in 1916, in Argentina

Despite glittering careers, none of the quartet ever managed to get their hands on the piece of South American silverware, something they were quick to change ahead of June’s showpiece.

One by one they posed with the impressive trophy whilst draped in a Copa America Centenario scarf to mark the 100th anniversary of the world’s oldest international football competition.

Former Colombia midfielder Valderrama, one of the game’s truly iconic figures, was named the Most Valuable Player in the 1987 version of the Copa.

Kempes’ crowning moment came spearheading the Argentina attack in 1975, scoring twice in an 11-0 thrashing of Venezuela. 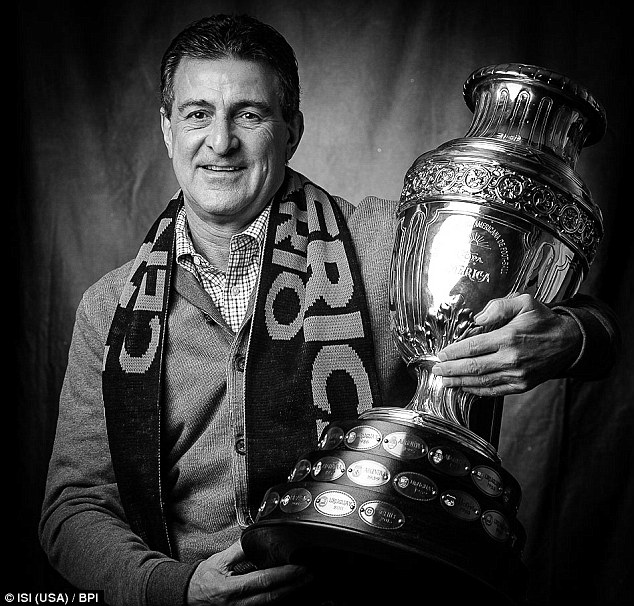 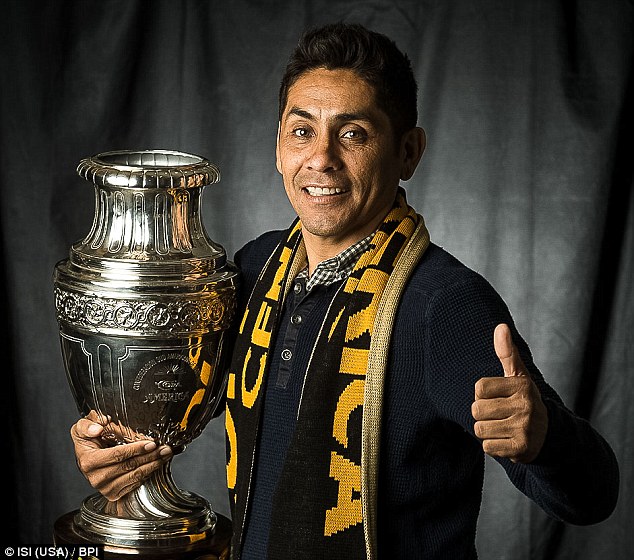 Unforgettable Mexican eccentric Campos, who will be remembered for his tendency to switch roles between keeper and forward, helped his team reach the final in 1993.

Lalas will have less fond memories, his only foray coming as the United States finished bottom of their group in 1993.

There have been 44 Copas so far, the Centenario is the 45th. The competiiton is usually held every four years, with Argentina hosting it in 2011 then Chile in 2015.

La Roja won on home soil last summer but won’t stay champions for long unless they can pull off another success in the coming weeks. 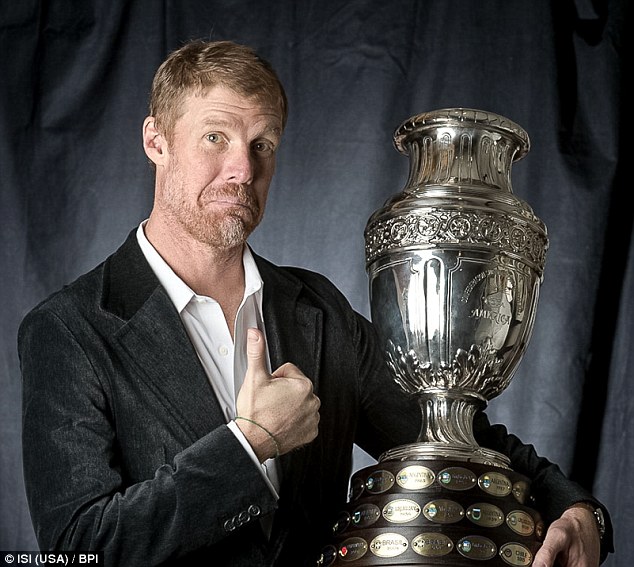 The tournament will be held outside South America for the first time, in Alexi Lalas’ home nation of the US 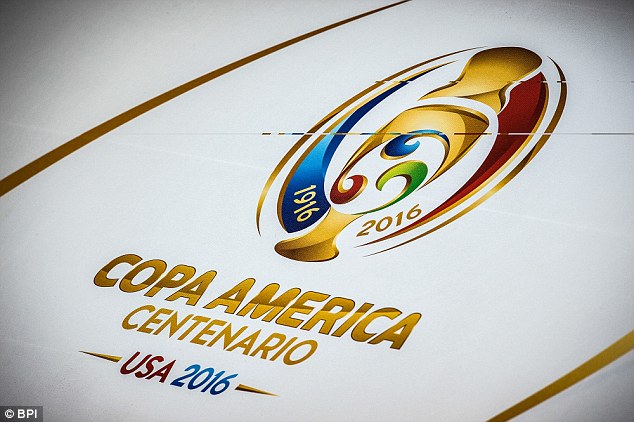