This is the awkward moment a singer tries to win back his ex-girlfriend on a busy train – but she rebuffs him and throws water on his face.

On a packed carriage with the band playing behind him, Mateo looks at the woman as he sings to her in Spanish.

But she seems uninterested as she flicks her hair and remains facing the other way.

The passengers on the train – between Industriales and Poblado station – sit uncomfortably and watch the scene unfold.

Mateo speeds up at a particularly passionate part of the song and points at the woman a number of times. 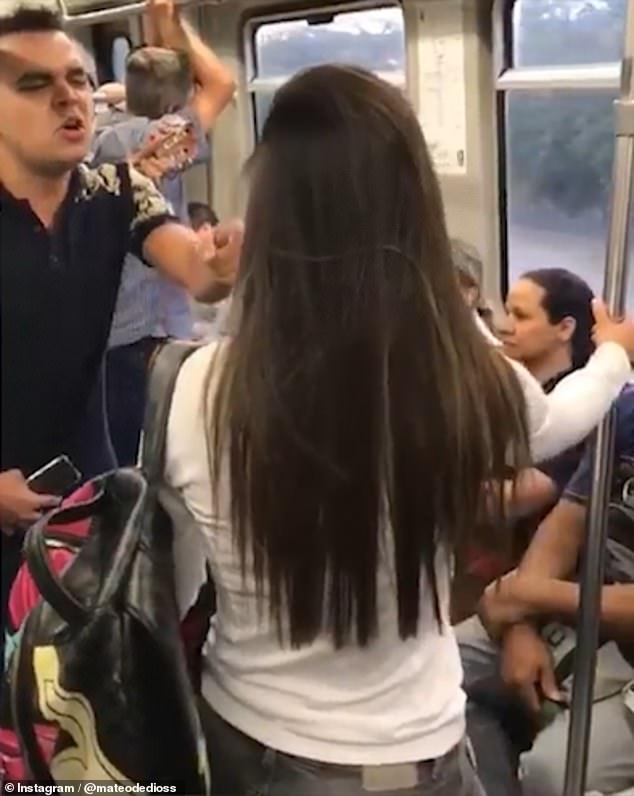 He sings: ‘From branch to branch, from stick to stick, and when you want you’re going around.’

To this, his unnamed ex-partner pulls out a water bottle and douses it over Mateo’s face and chest.

She stomps off, leaving the singer glaring after her longingly as he paces on the spot. 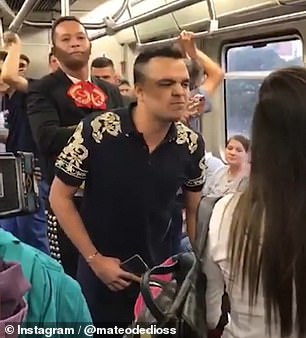 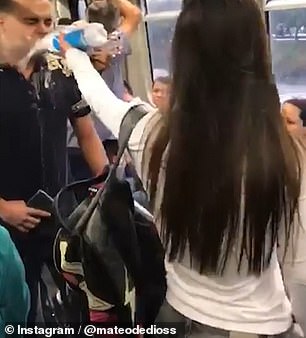 He sings: ‘From branch to branch, from stick to stick, and when you want you’re going around.’ But his ex-partner is unimpressed and whips out a water bottle and douses him with it 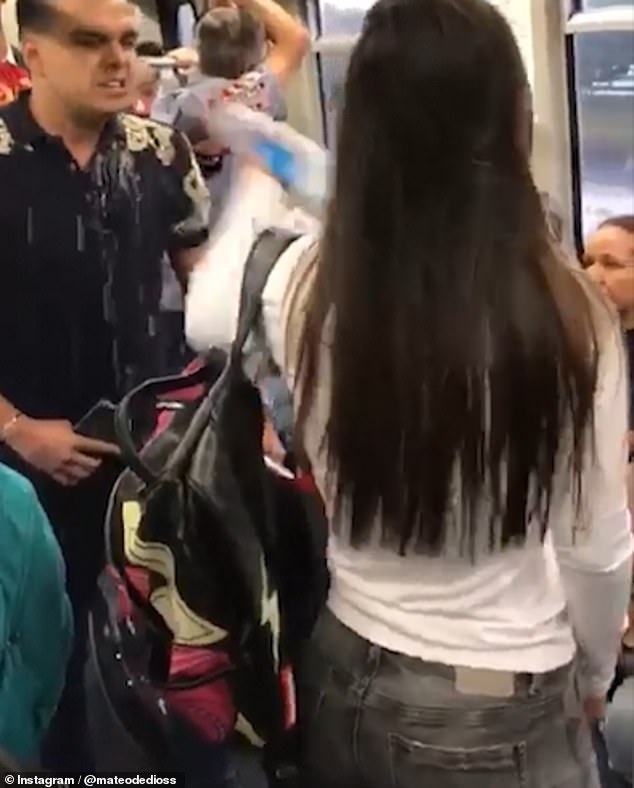 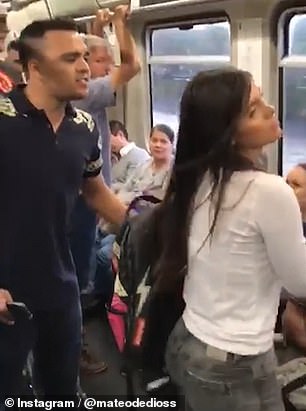 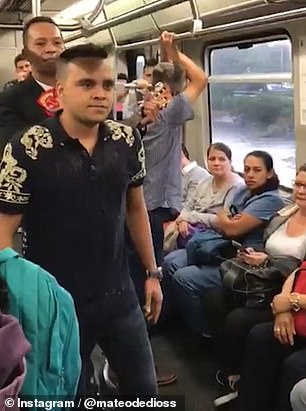 She stomps off, leaving the singer glaring after her longingly as he paces on the spot

Mateo turns to his mariachi band and signals for them to stop and the passengers on the metro continue to gawp awkwardly at him as the video ends.

He posted the clip on his Instagram account yesterday with a caption that translates as: ‘Here I leave the serenade of the Metro, firsthand! @ytrocket @ 2heart @roberdavilao @pabloarango_ we’re going in the same car.’

The post has been seen by more than 50,000 people and comments flooded in.

Many complimented the singer’s ex-partner, with one saying: ‘What a beautiful butterfly, she showed off with the model. And the subject is very sticky. From branch to branch, from stick to stick and when you want it flies away.’

And another added: ‘The song sounds super but as I sing it in the subway, the real one is not so good – it’s not so sticky.’