It’s not advice people would expect to hear.

But residents of Colombia’s Santa Marta have been told to abstain from sex during the city’s sweltering heatwave.

Perhaps unsurprisingly, he was greeted by a mixture of ‘laughter and disbelief’, according to reports.

Hilariously, Mr Salas said if people struggle to control themselves, they should at least wait until night time as ‘it is better to do it at night when the ambient temperature is lower.’

But he added: ‘If you have a good air conditioning, there is no problem.’

The unconventional guidance was offered alongside a number of other temperature-reducing tips, including staying hydrated and wearing loose-fitting clothing.

Salas’ suggestions were prompted after local medical facilities were ‘overwhelmed’ by patients complaining of heat-related conditions, such as heat stroke and sunburn.

Located in the Caribbean Sea, the 600,000-strong port typically enjoys warm summers, but this year’s has exceeded forecasts.

The heatwave, which began in June, will continue for the coming weeks, with temperatures consistently hovering above 30 degrees celsius. 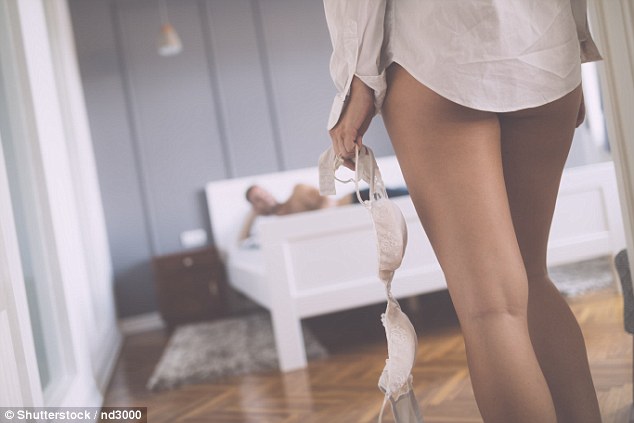 Demand: Salas’ suggestions were prompted after local medical facilities were ‘overwhelmed’ by patients complaining of heat-related conditions, such as heat stroke and sunburn

According to the American Heart Association, sex is only a moderate physical activity, causing as much strain as walking up two flights of stairs.

Sex is even a natural painkiller and could help combat insomnia, according to California-based doctor, Sherry Ross.

‘Regular sex makes for a stronger immune system, fighting off common illnesses such as colds and having less sick days from work,’ Dr Ross said.

DOES SEX SLOW THE SIGNS OF AGEING?

Having sex at least once a week slows aging in women – even if they do not enjoy being intimate, research revealed in July 2017.

Being active between the sheets increases the length of women’s telomeres, a study by the University of California in San Francisco found.

These ‘cap’ the end of DNA strands, with longer lengths being associated with slower aging, longer lifespans and improved overall health.

Women’s telomeres lengthen with regular love making regardless of whether they are sexually satisfied in their relationship, the research adds.

Researchers believe sex may aid aging in women by dampening stress and boosting their immune system.

The scientists analysed physical intimacy, as well as partner support or conflict, overall relationship satisfaction and stress in 129 mothers in long-term relationships.

Blood samples were taken from the study’s participants to determine their telomere length.

The study was conducted over one week.