Severely colorblind man, 44, breaks down in tears as he sees a rainbow of vivid colors for the very first time while wearing special $350 glasses given to him by his sons for Father’s Day

FOOTAGE captures the emotional moment a dad sees color for the first time in his life.

Dan Brogger, 44, from Stockton, California, had his world changed as he put on the pair of special EnChroma glasses gifted to him by his three sons Peter, 17, Ben, 16, and Sam, 14, for Father’s Day.

The glasses which cost $350 allow people like Dan who are colorblind to be able to see colors vividly – with the specs giving many of those people the chance to actually view colors for the very first time. 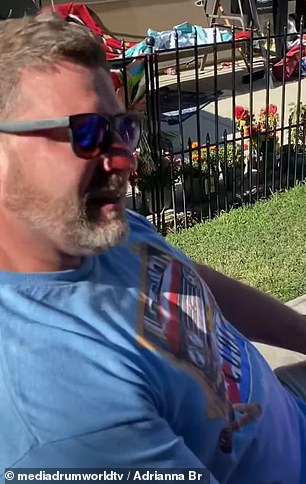 New day, new dawn: Colorblind father Dan Brogger broke down in tears as he saw in color for the first time thanks to a pair of special glasses 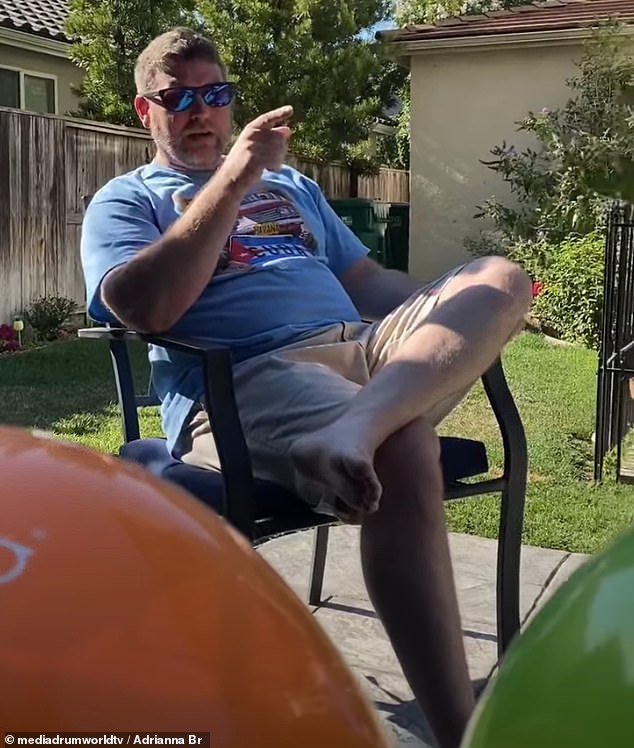 Red and yellow and green and blue: The California dad couldn’t hold back his emotion as he pointed to different balloons and identified their colors

Before trying the glasses, Dan had never been able to see or identify colors before – but remarkably in the video, he is suddenly able to list off the shades of every balloon in front of him, as well as see the beautiful flowers in his garden.

Overwhelmed with emotion at seeing such incredible colors, Dan couldn’t help but shed a few tears of joy in the process.

‘Are you crying?’ his wife Adrianna asks as Dan reels off all the different colors of the balloons she was holding up – prompting him to insist, ‘no’, while wiping away tears.

‘Oh Dan I love you, isn’t that so cool?’ Adrianna then says.

Speaking through his tears, Dan continues to identify all the different colors around him, pointing to balloons and then flowers as he tearfully points out every different shade around him.

‘I guess I never knew I lived with such severe colorblindness until now,’ he then remarks.

Speaking about the unique experience, Adrianna admitted it was an emotional moment for the whole family. 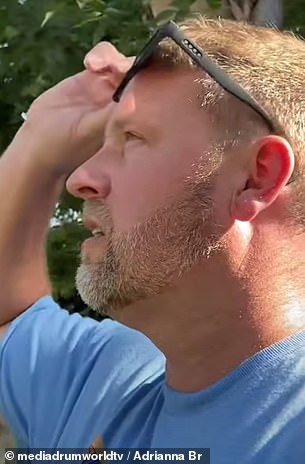 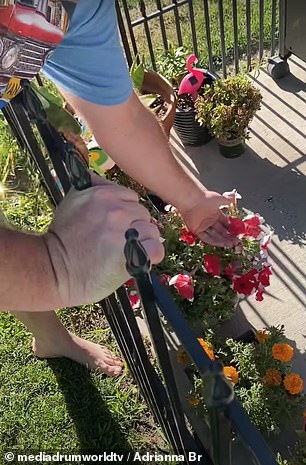 Shock: ‘I guess I never knew I lived with such severe colorblindness until now,’ he remarks in the video, after looking at some vibrant flowers in his yard 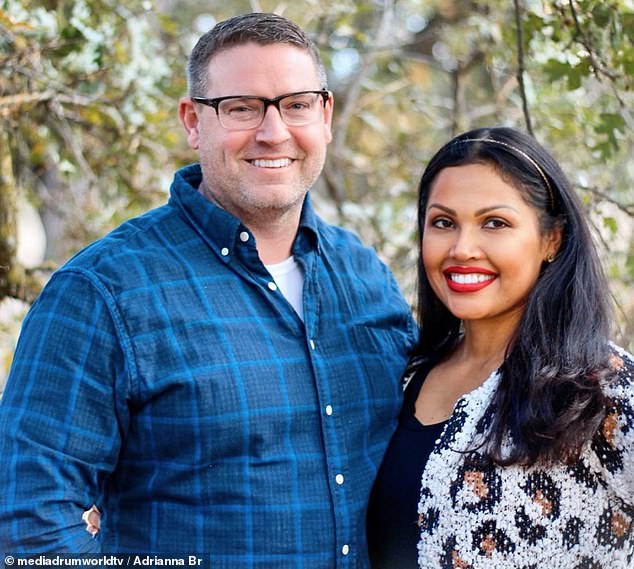 Emotional: In the video, which was recorded by his wife Adrianna, she is seen holding up balloons for her husband to look at while wearing the special $350 glasses 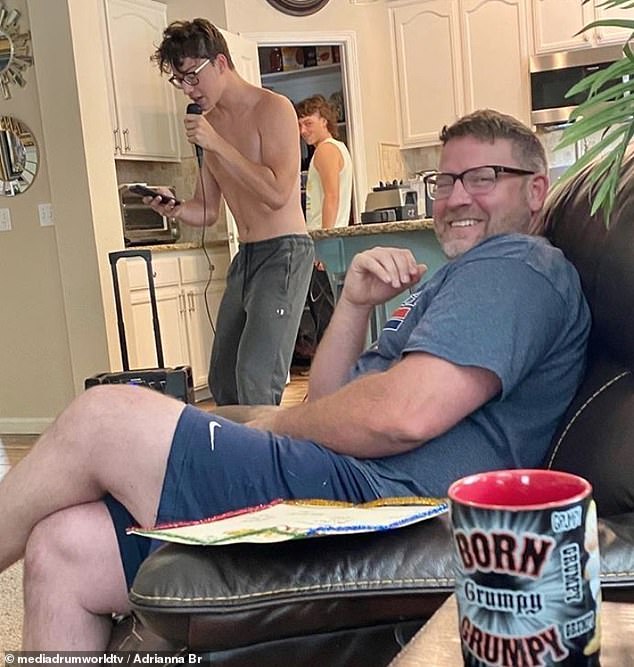 ‘It was incredibly emotional for all of us to watch Dan experience color for the first time,’ she said.

‘Dan has been in his backyard countless times before and had planted some of the flowers that we see in the video, but to see him actually see the colors for the first time as the rest of us see them, was amazing.

‘The gift was intended for Dan but the rest of us also got a gift that day. We all felt incredibly grateful and humbled.’

And the novelty of color certainly hasn’t worn off for Dan, who has worn the glasses every day since he received them.

‘Since the video was taken Dan has discovered so much more. His normal everyday drive to work was a whole new experience with the colorblind corrective glasses on,’ added Adrianna.

‘With so much chaos going in the world right now this gift was a reminder to slow down and be grateful for the things that we do have.’