A colorblind woman has revealed how she goes shopping for clothes when she can only see in black and white.

In a viral video on TikTok, Natasha Caudill, from Chicago, explained she relies on a color-naming app to find out the shade of an item she’s selected, and also asks her friends for their opinions and if the items match.

She added she also tend to select a lot of clothes with pattern, because she can enjoy them even in black and white, and also revealed she sometimes wear clothes not knowing which color they are, because she liked the material.

Natasha shared two versions of the same video on TikTok; one was in black and white and the other was in color. 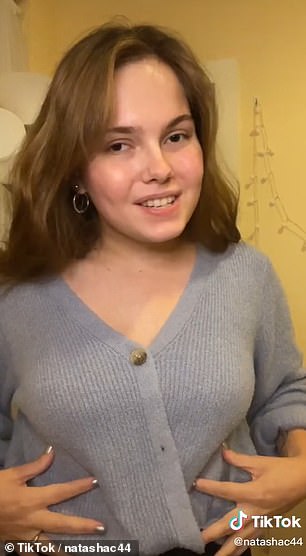 Natasha Caudill, from Chicago, who can only see in black and white, shared how she picks her clothes in a viral video on TikTok. She shared what she sees in a black and white video, left, and what other people see in a color video, right

Natasha lives with monochromatic vision, which means she only see black and white and cannot perceive colors.

Monochromacy occurs when people cannot see any of the three color cones – green, blue and red – which means they see in black and white.

In the first back and white version, she explained she usually likes to buy clothes which have patterns on them, because she can ‘enjoy them even though [she] can see the color.’

She added that if a shirt she likes is in a solid color, she uses an app which which name the hue of the item. However, she said the app is not always reliable, and that she won’t buy the item if she is not sure what the color is. 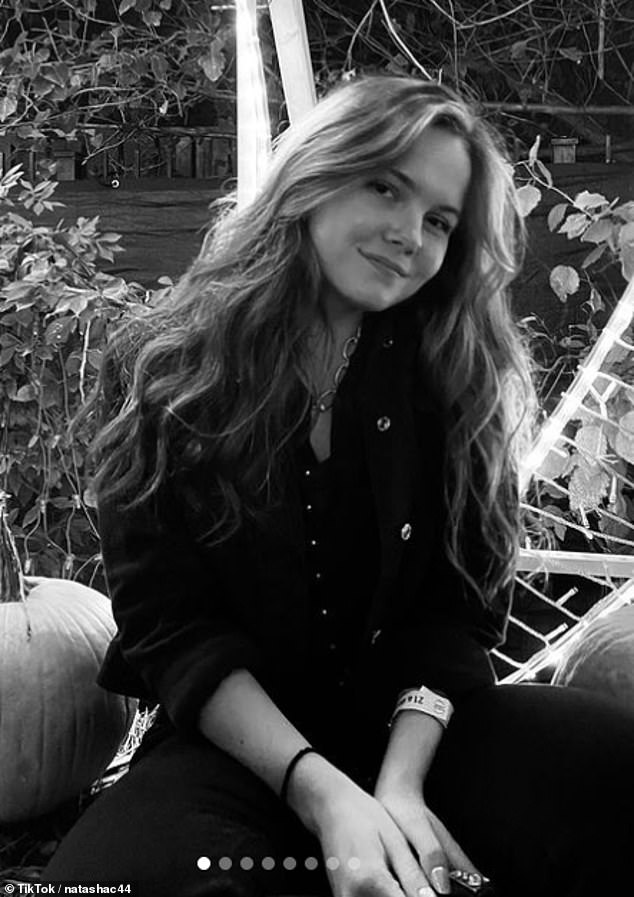 Natasha said she usually buys clothes with patterns, and uses a color naming app for items which come in solid colors 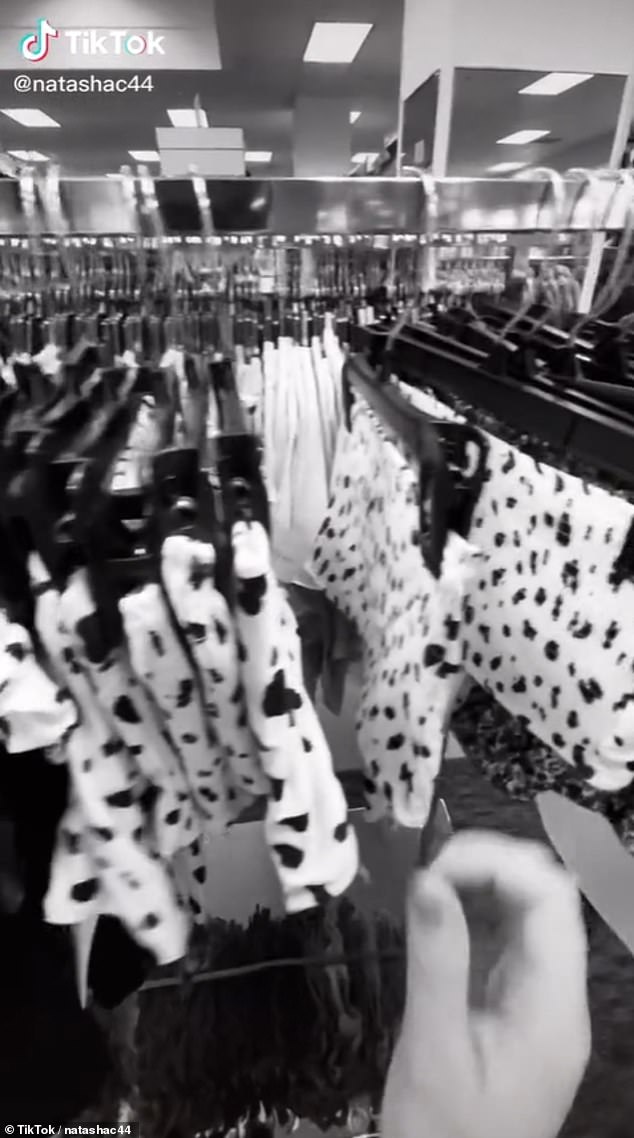 Natasha said she can enjoy patterns on clothes even though she does not see their color, but also buys plain clothes

The different types of colorblindness and how they affect people

There are several types of colorblindness.

Normal color vision sees all three types of light cones (blue, red and green) correctly and is known as trichromacy.

One type of colorblindness is called Anomalous Trichromacy.

This occurs when a person can perceive all three cone types, but one is perceived out of alignment, which can affect the vision in three different ways:

– Protanomaly, which is a reduced sensitivity to red light,

– Deuteranomaly, which is a reduced sensitivity to green light, thee most common form of colorblindness

– Tritanomaly, which is a reduced sensitivity to blue light and very rare.

Another type of colorblindness is Dichromacy.

It occurs when people can only see two types of light cones out of three. For instance, blue or red, or green and blue

Monochromacy occurs when people cannot see any of the three color cones, which means they see in black and white.

At the end of her shopping trip, Natasha revealed she bought a shirt with black dots, which she thought was white and black.

She also said she bought a sweater not knowing which color it was, simply because she liked the fabric.

She added that when it comes to shoes, she buys black and white ones to keep things simple.

The color version of the video showed the top she bought was indeed black and white, and the sweater was grey, which worked well with Natasha’s black shoes.

People said Natasha’s black and white video put things into perspective, but others were confused as to how she can know what colours look like.

‘The color app thing is so smart. I never realized color blind people could use that,’ one said.

‘I can’t lie, this video was frustrating because I couldn’t see the color. Really puts things into perspective,’ another wrote.

‘I would not trust my friends to tell me the colour if I was colour blind,’ one said.

‘But how do you know the colors when you’re colorblind?’ one asked.

Natasha also revealed she counts on he friends’ advice when shopping, and will send them pictures of items she sees in store so they can tell her which color they are.

‘This is why I really like clothing that actually has the color name listed,’ she said.

On her Youtube channel, Natasha revealed she can see which colors are darker than others, even though she cannot see their actual hue.

She shares videos of herself painting, coloring and picking her makeup, explaining that because makeup companies do not always name the actual color of their products, there s a lot of guesswork involved in her beauty routine. 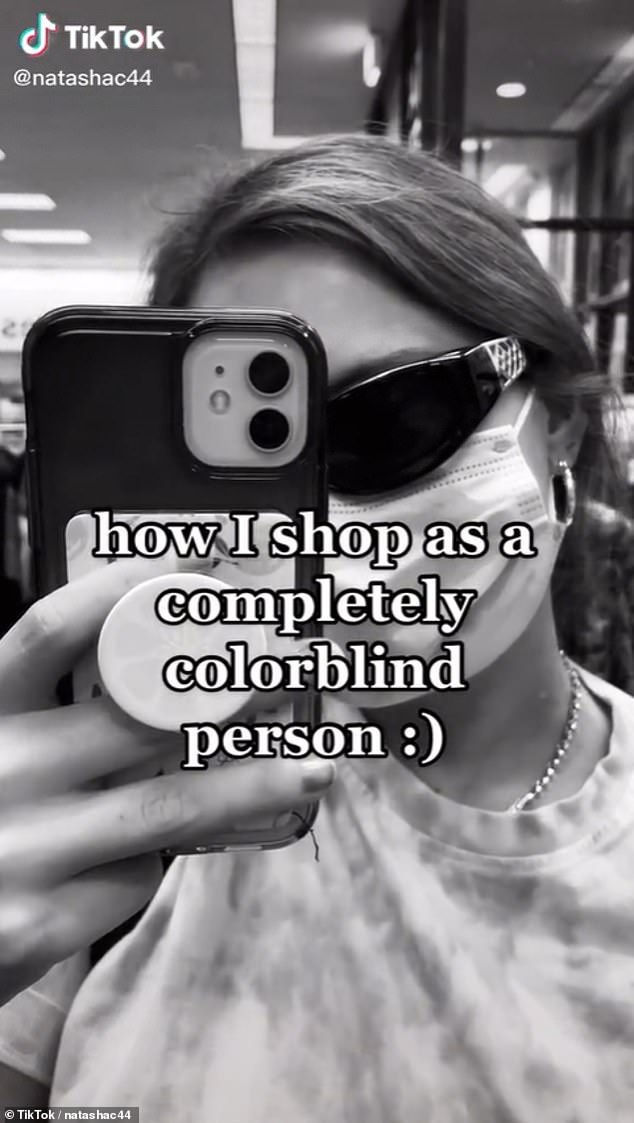 The TikTok user, pictured, said she uses an app to name the color of the items she likes, but added she does not buy an item when she is not sure of the color 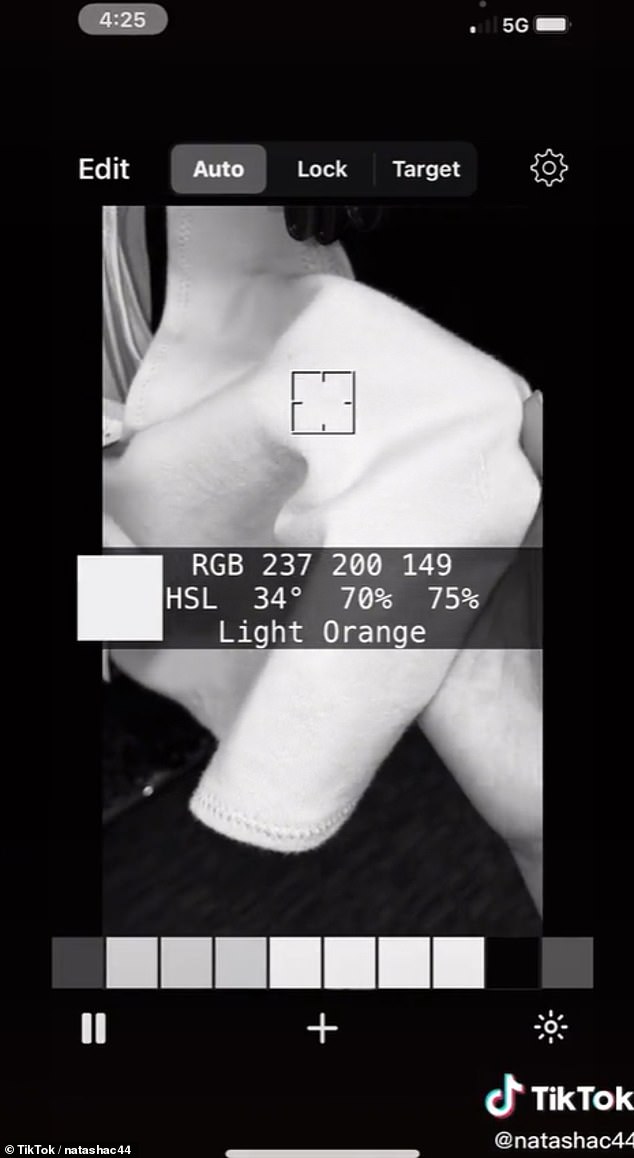 Natasha relies on a color naming app to find out what color the clothes are. However, it sometimes does not work 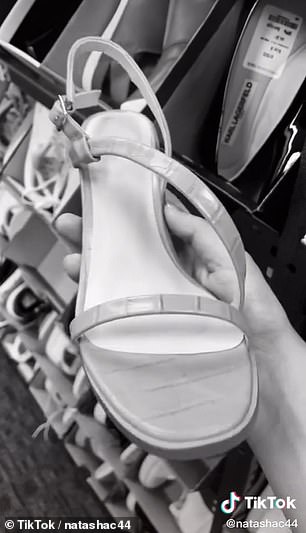 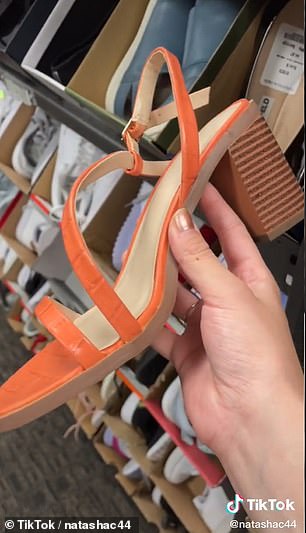 In the video, Natasha explained she sometimes asks her friends for their opinion. Because of her monochromatic vision, she could not see that the shoes on the left were actually orange

Some people said Natasha’s black and white video put things into perspective. Other asked how she differentiate between colors she likes and dislikes when she is colorblind