The weird, wacky and wonderful were on display as the Australian outback hosted the world’s strangest boat regatta.

Visitors flocked to Alice Springs this weekend to join hundreds of locals for the annual Henley-On-Todd Regatta.

Unlike any other regatta, there is no lake in sight as the nearest large body of water is 1,500 kilometres away. 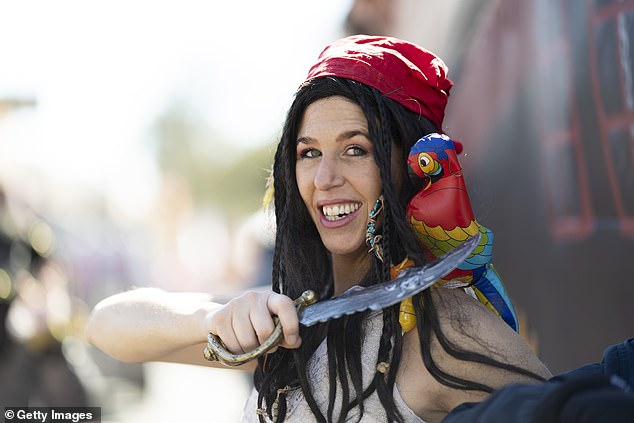 Plenty of pirates were keen to join in the fun, including this woman and her parrot companion 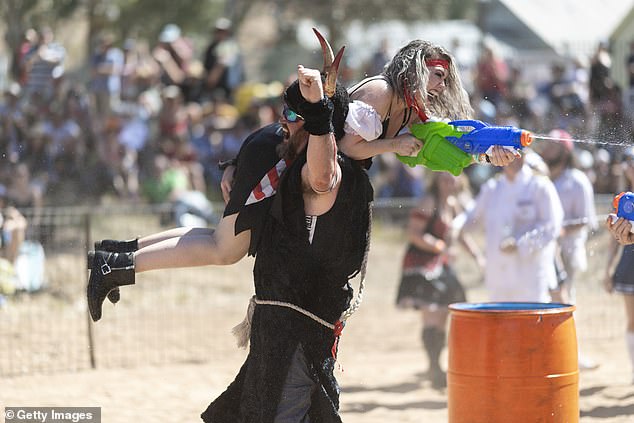 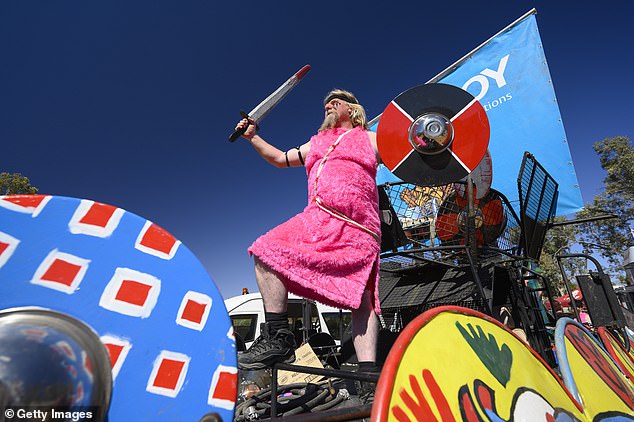 It’s a dry boat race hosted on the sandy bed of the Todd River, where participants race each other in homemade boats in a variety of races to raise money for charity.

Participants competed in ‘boat’ races in the style of the Flintstones: holding a lightweight boat frame and running around the buoy and back to the finish line.

There was no shortage of imagination or creativity as participants went to great extremes to outdo each other’s outfits in the Northern Territory’s longest running iconic event. 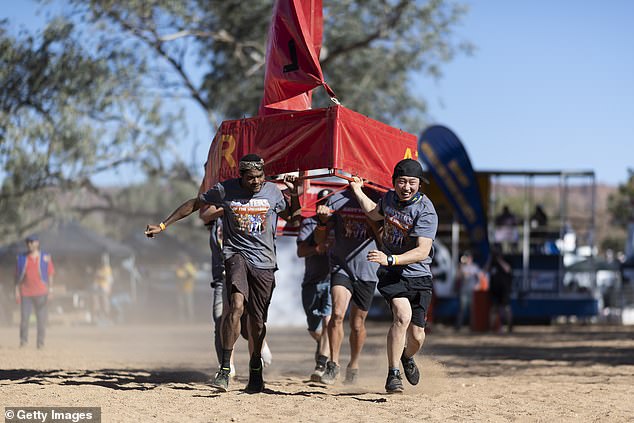 It’s a dry boat race hosted on the sandy bed of the Todd River, where participants race each other in homemade boats 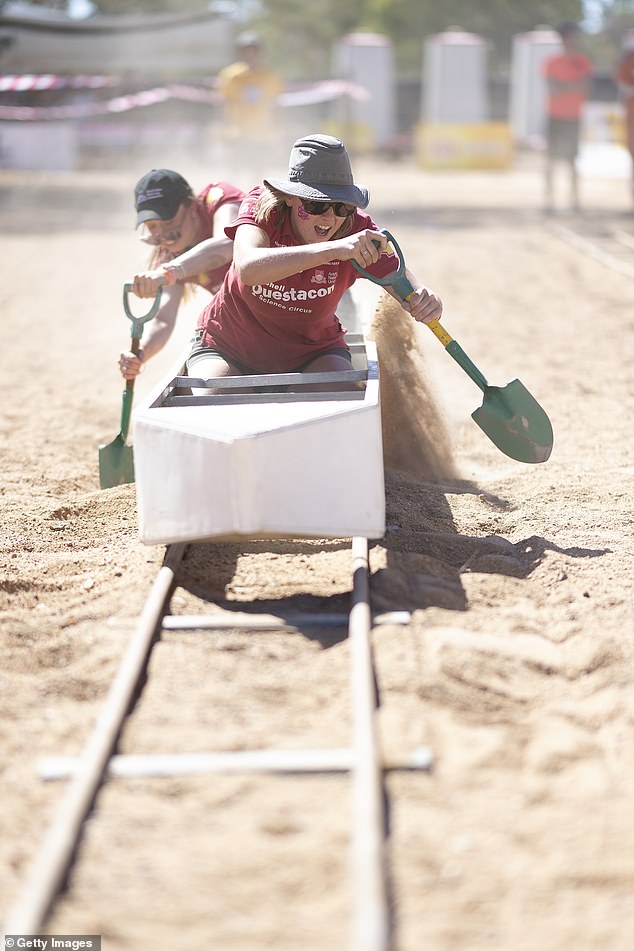 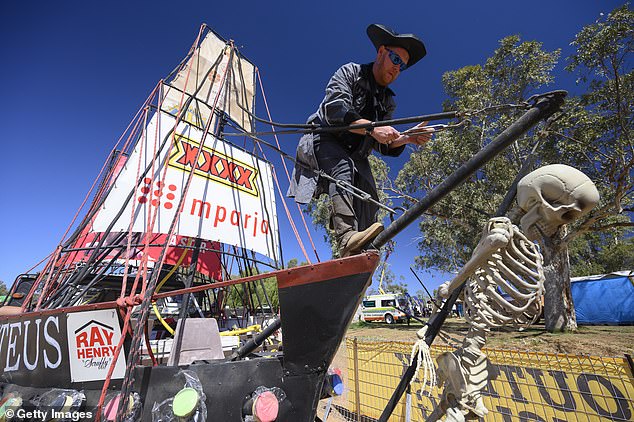 This team of pirates paid homage to Queensland’s favourite beer 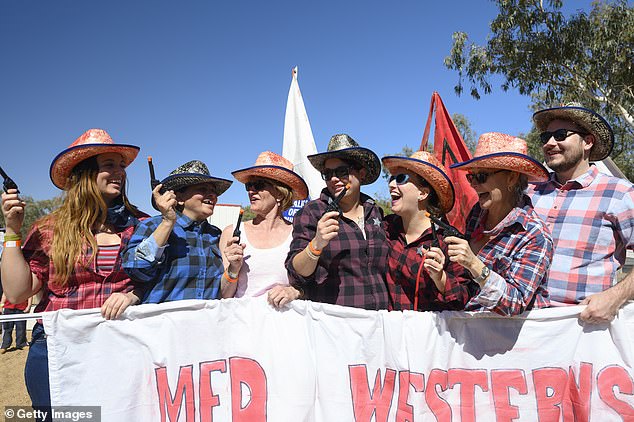 While many donned their best pirate outfit, this group thought dressing for the wild west was a better choice

The regatta attracted a diverse range of crazy and colourful characters, from pirates, parrots and sailors to budgie smuggler-clad men, cowboys and vikings.

A group of inflatable pelicans had no trouble keeping afloat while a group of missionaries were keen to spread the gospel word.

The much anticipated finale of the day is known as the Battle of the Boats with the Hot Navy team going home with the prestigious title.

Established in 1962, the mission of the Henley-On-Todd Regatta is to be bigger, better and bolder than ever before. 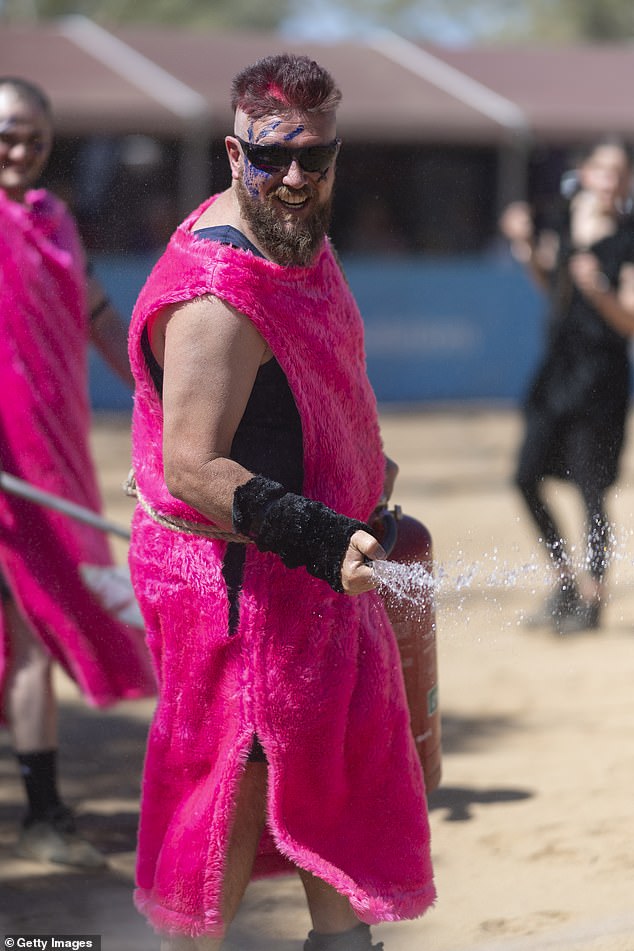 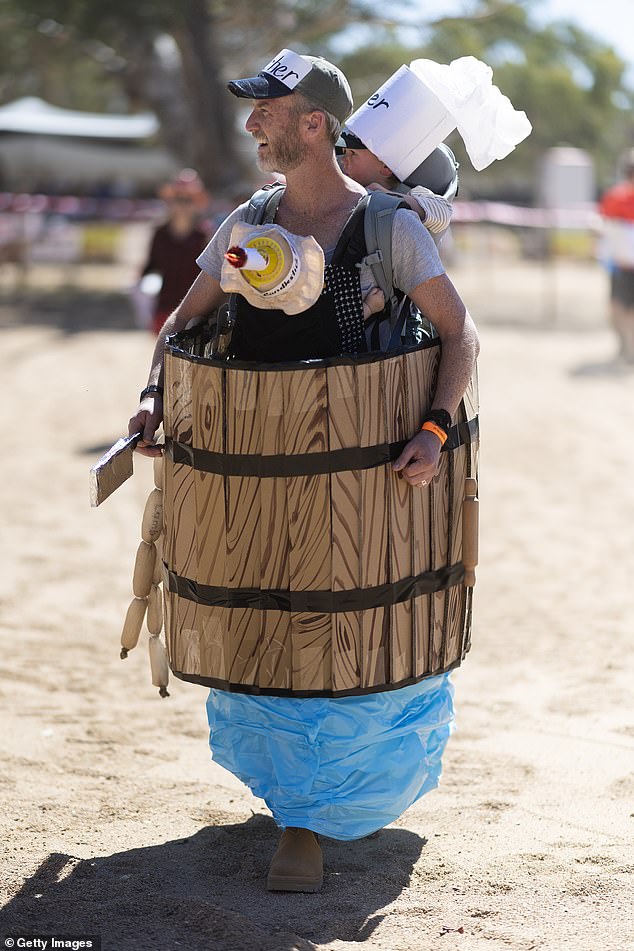 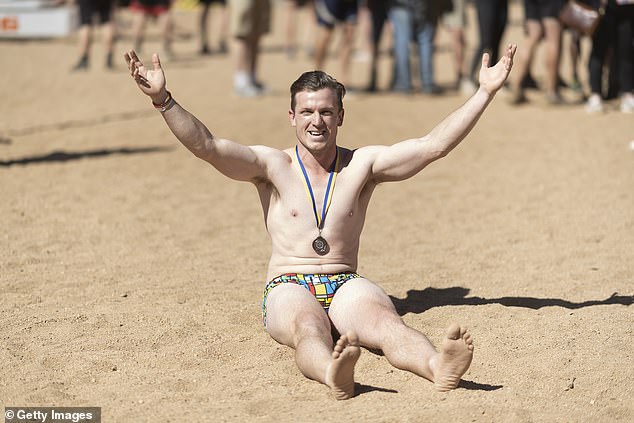 While there was no water in sight, this bloke still chose to throw on his swimwear as he put on a show for spectators 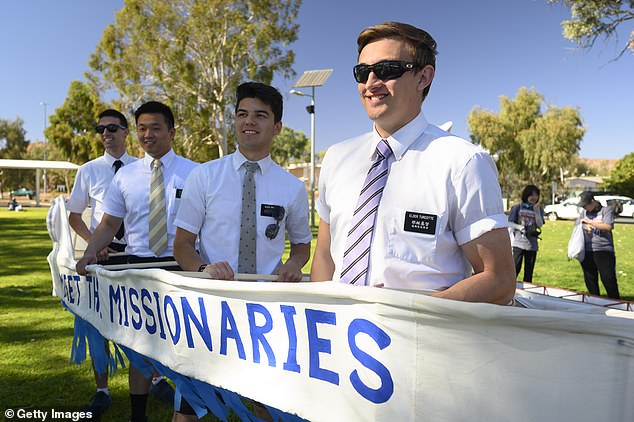