Fascinating images painstakingly converted from black and white to colour show how London looked through the last century.

Artist Marina Amaral selected images taken by the Evening Standard to colourise for her new book.

One striking photograph shows a vendor standing outside Charing Cross Hotel in 1930 bearing the news of a financial scandal. The newly-restored picture shows the smartly-dressed man holding the placard in front of the busy roundabout filled with cars and the iconic-red London buses.

Another image, taken by the paper’s photographer, shows a police officer directing rail passengers in the week after 43 people were killed in a train crash at Moorgate station. In a scene not similar to modern life, an officer holds a megaphone as commuters rush past him.

Other photographs show the moment as heavyweight boxer Muhammad Ali relaxed with his two young daughters after an interview at the Grosvenor House Hotel in London in 1978.

On her website, Ms Amaral described her art as complex and detailed. She writes:  ‘One day I decided to combine my fascination with history and skill using Photoshop. Each photo is made to be realistic by recognizing the value behind each one of them.

‘Every completed work has gone through long and in depth research, and is supported by the opinions of experts in each particular area if necessary, to faithfully reproduce the original colors and atmosphere. ‘ 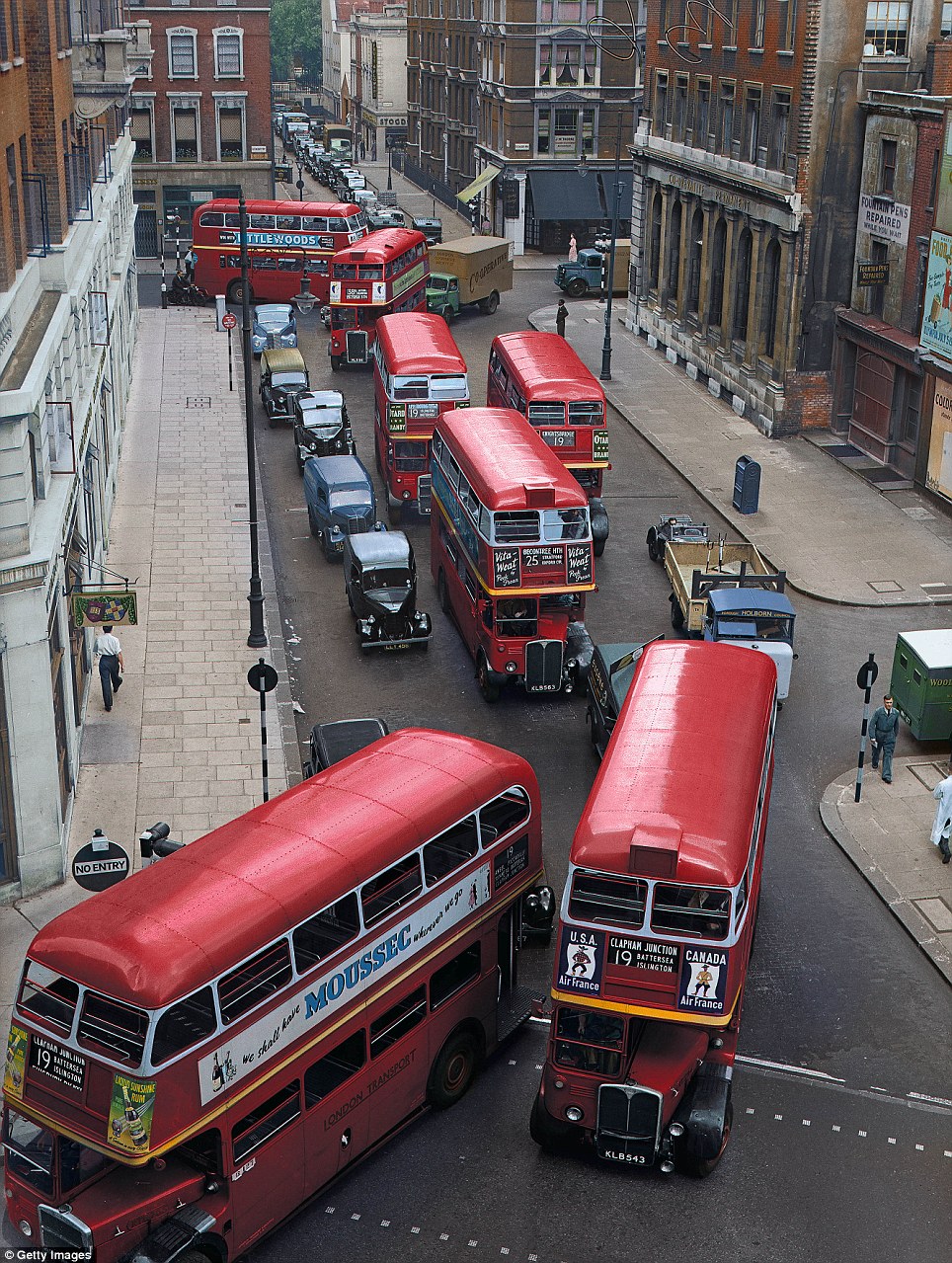 Streets of London: Buses and cars caught in a traffic jam at Bury Place, London, in 1952 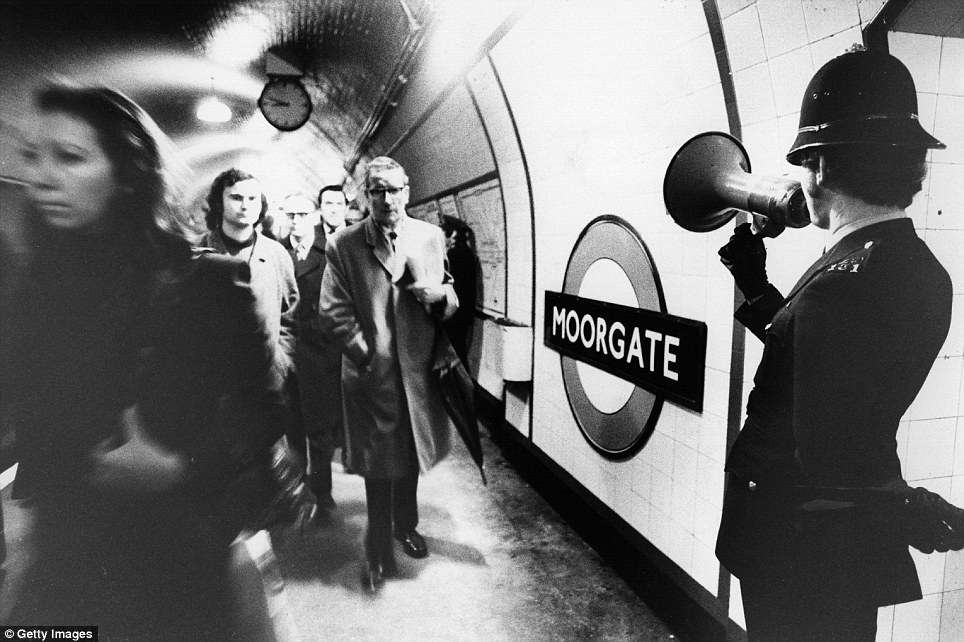 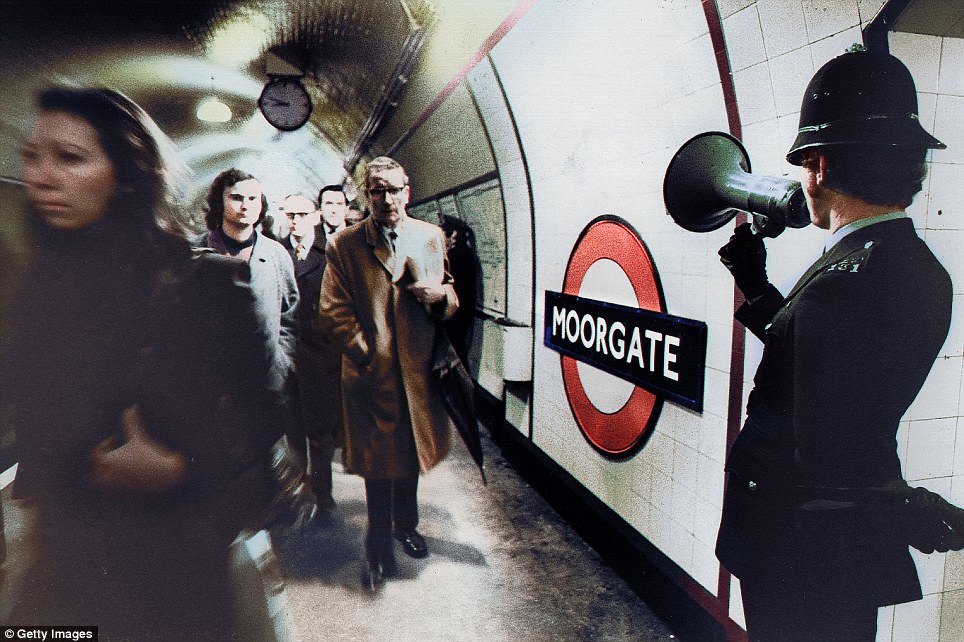 Devastation: A policeman asking for the assistance of passengers from Moorgate Tube station in the days after a train crash which killed 43 in March 1975 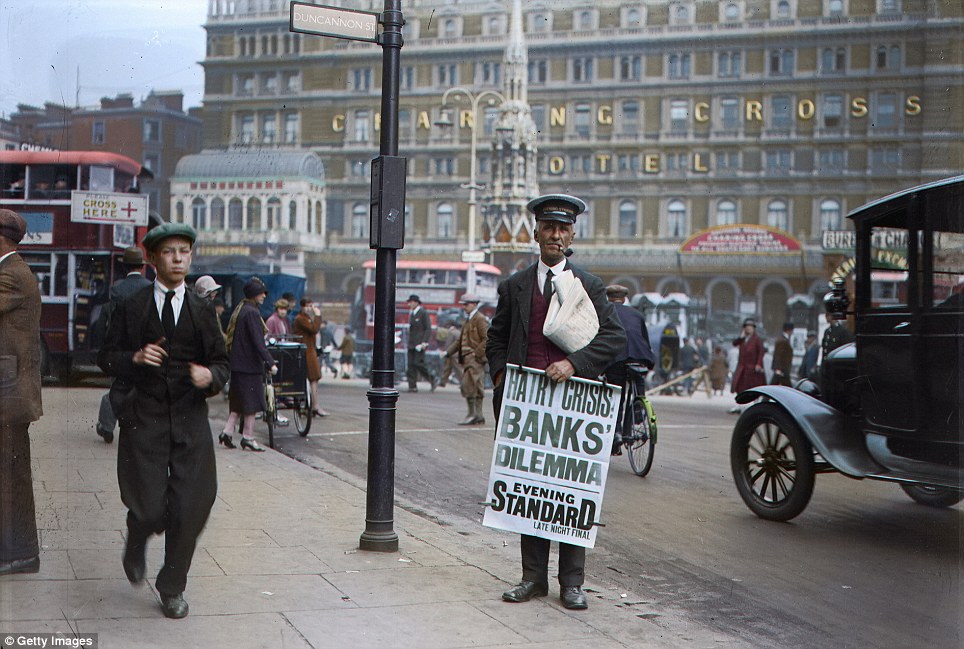 Exposed: A vendor for the Evening Standard pictured outside Charing Cross Hotel in 1930 with a poster breaking to news of the Hatry crisis scandal. The poster referred to the story of financier Clarence Charles Hatry, a self-confessed forger who was sentenced in 1930 to 14 years penal servitude 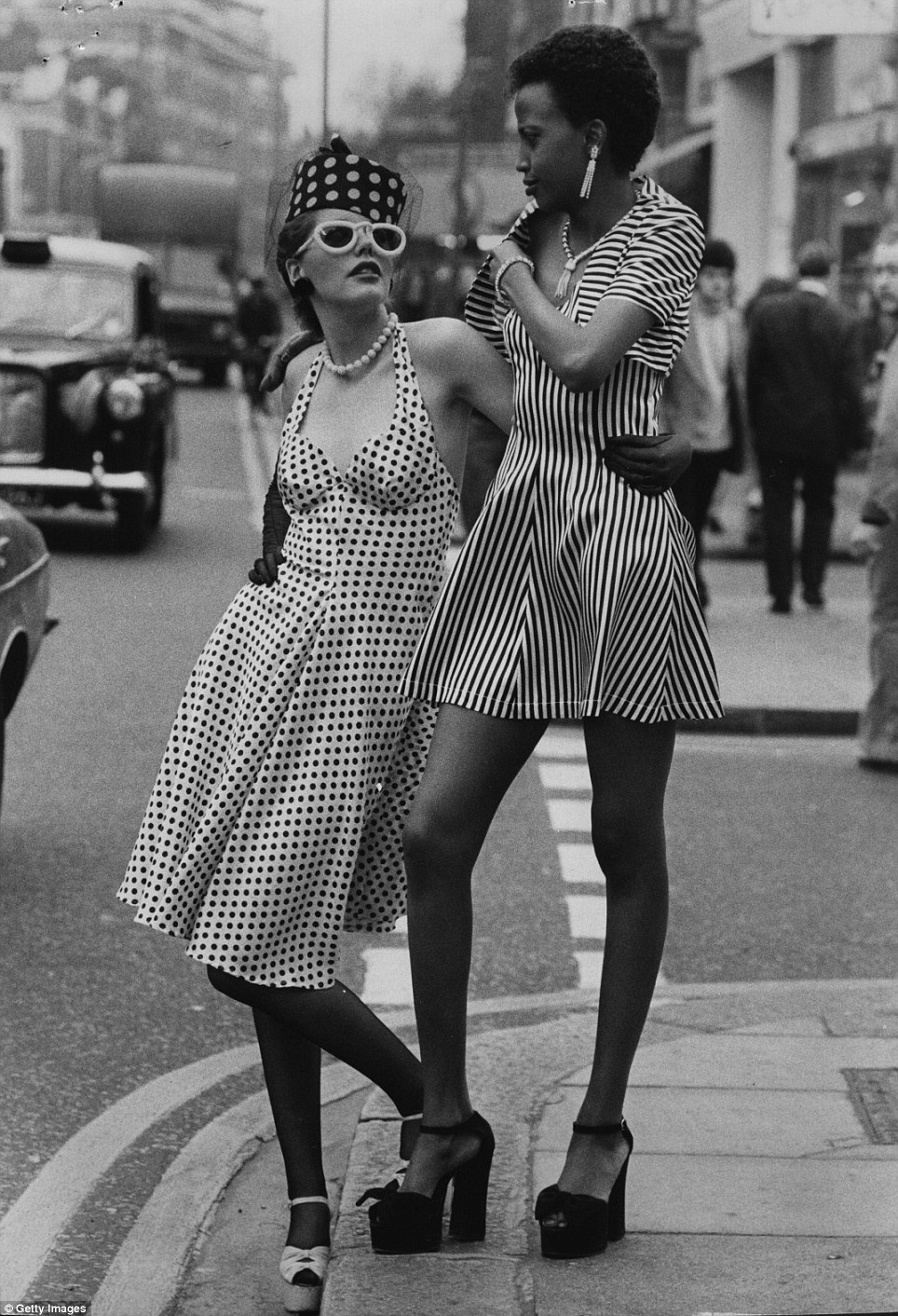 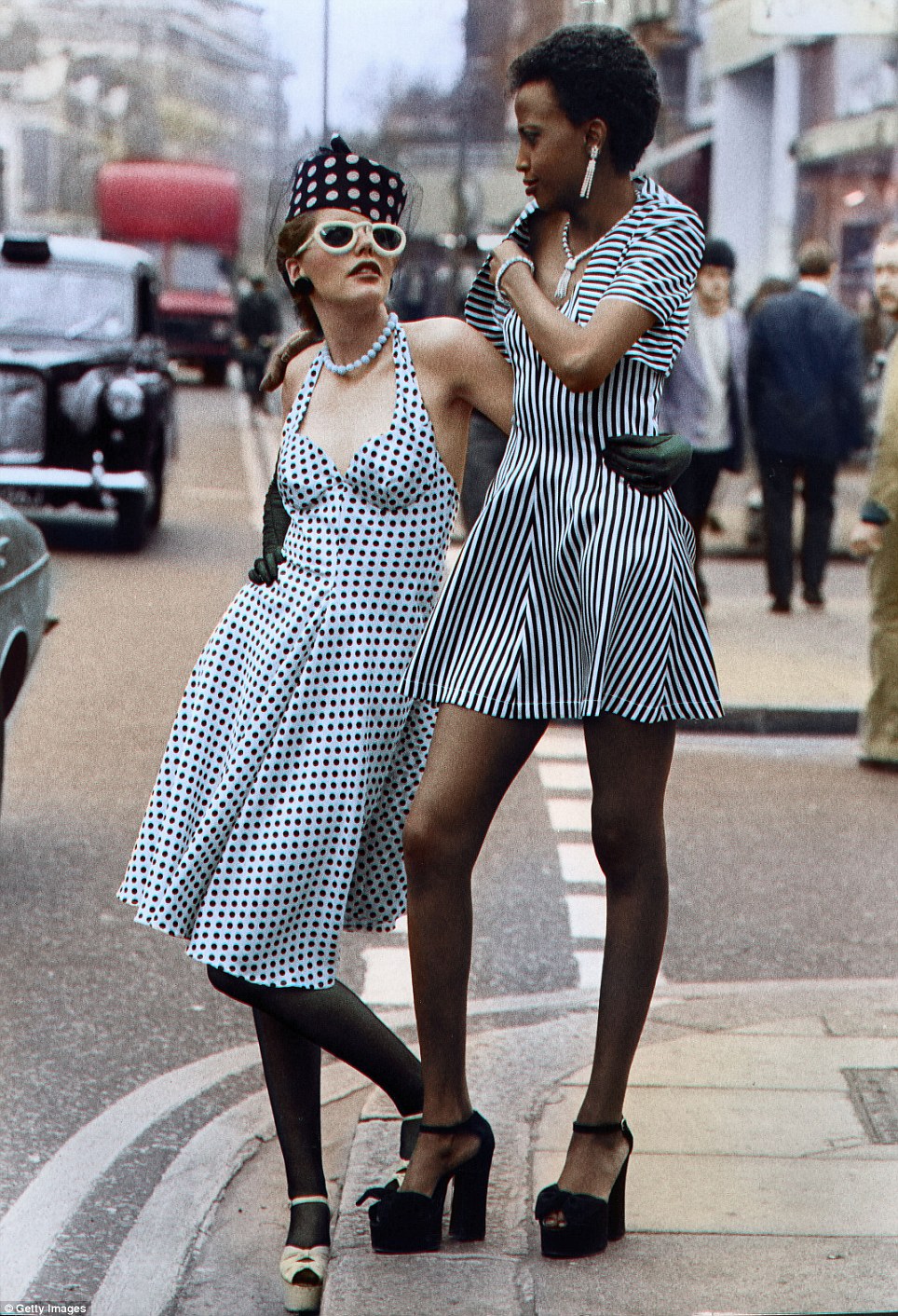 Strike a pose: Models Endy Cartnell (left), in a spotted sundress and hat, and Selina (right), in a striped sundress and bolero with 1950’s jewellery, on the King’s Road, Chelsea, London in 1973 modelling clothes from Mr Freedom boutique 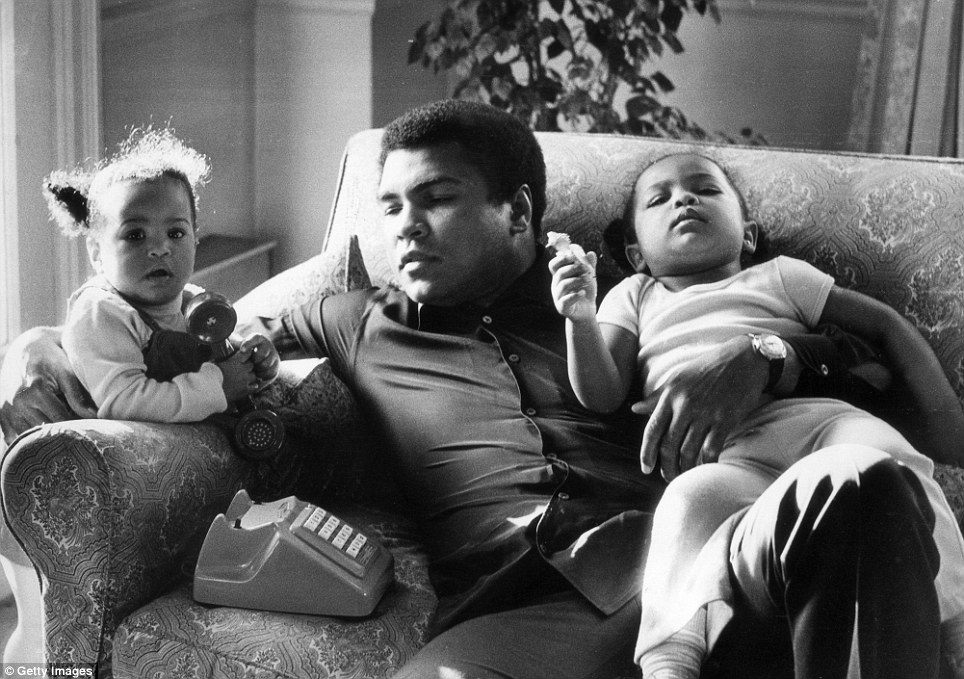 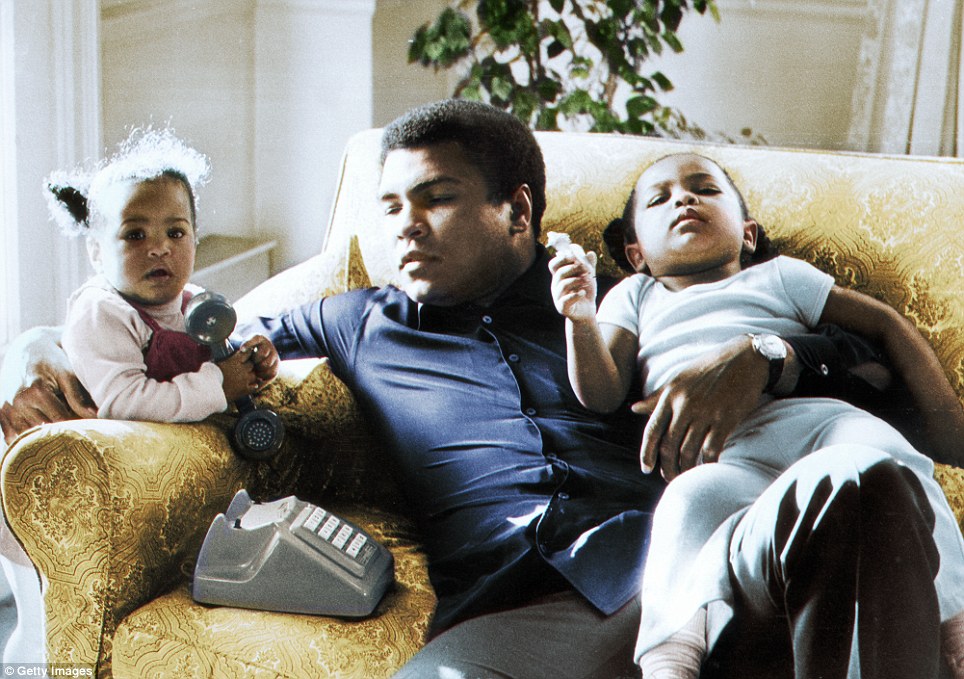 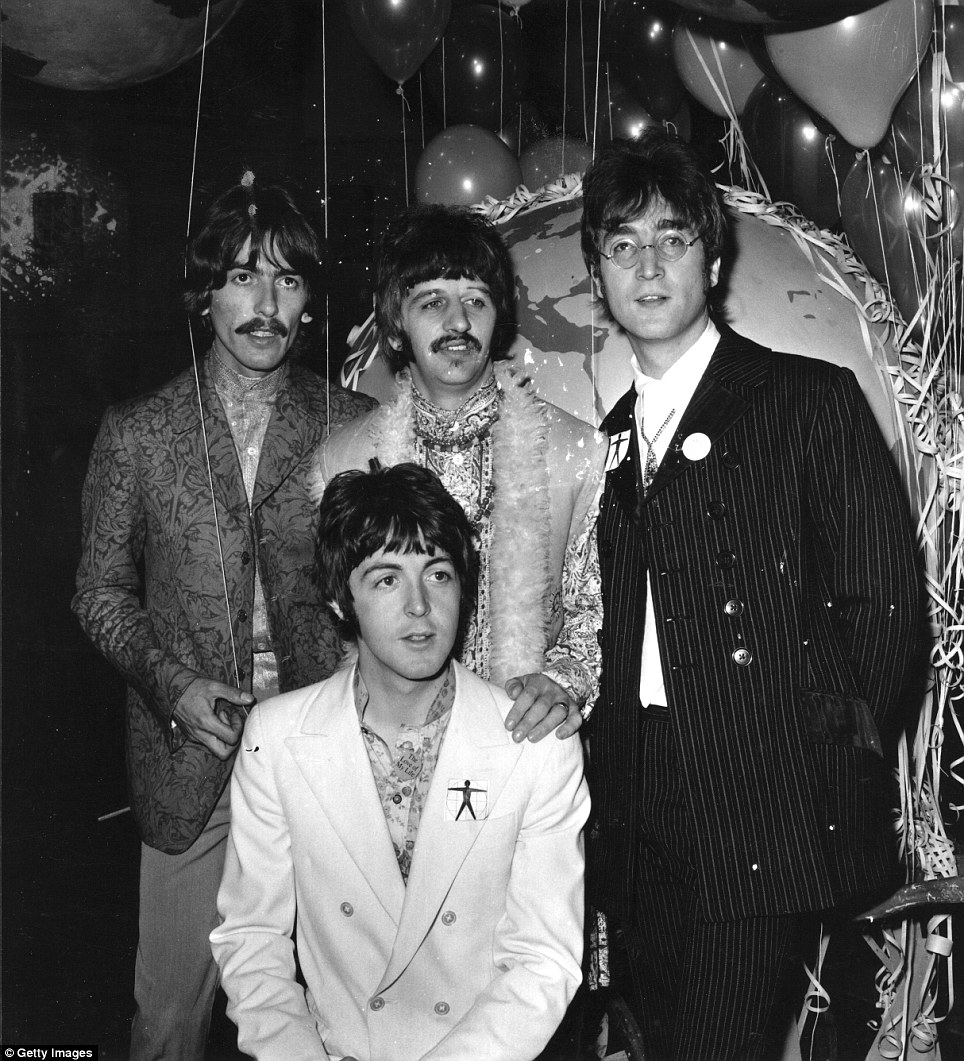 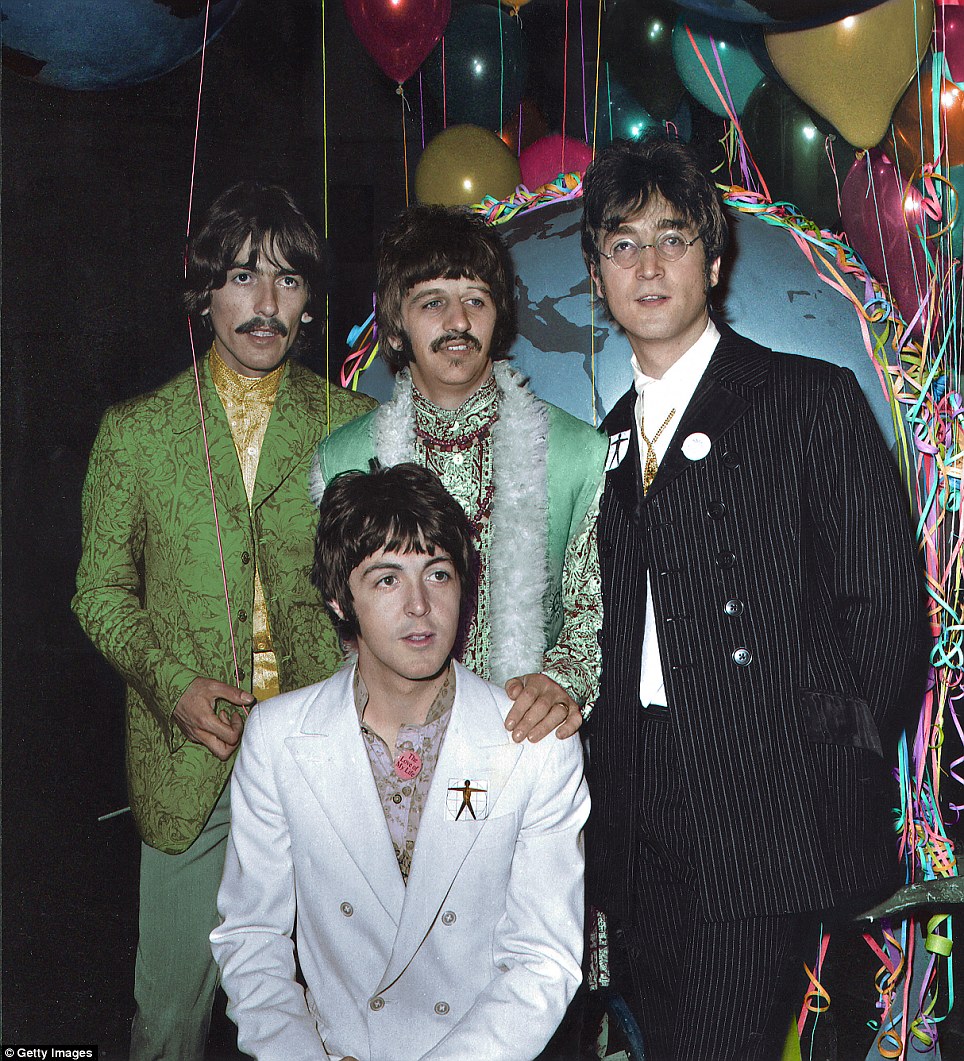 Pictured: The Beatles in a television studio after filming a global broadcast of their song ‘All You Need is Love’ 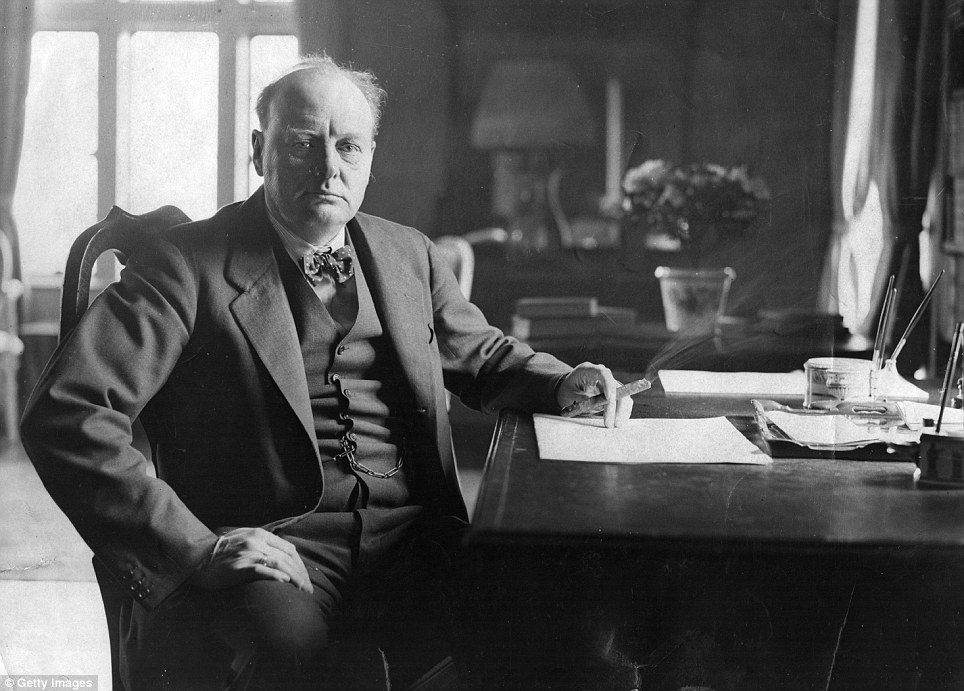 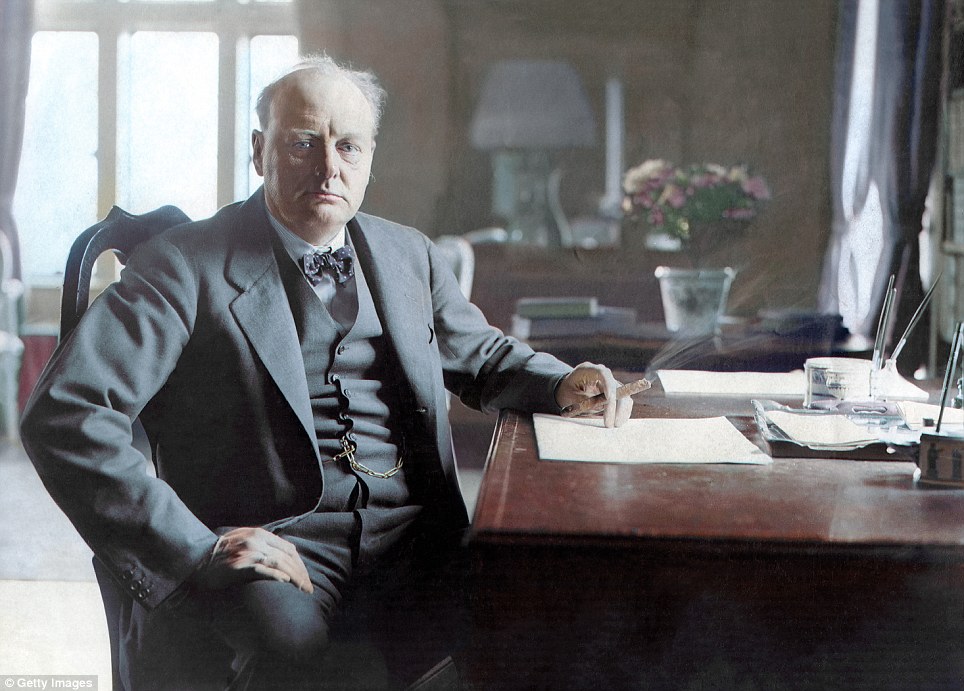 Historic: A portrait of former Prime Minister Winston Churchill (1874 – 1965) seated at his desk at Chartwell while smoking a cigar 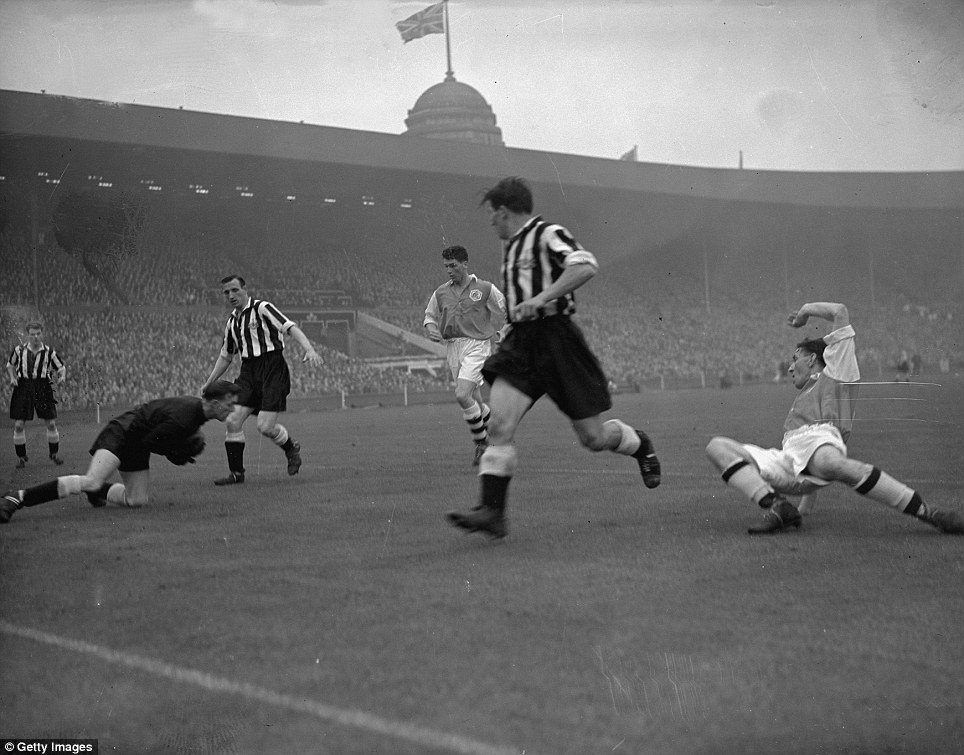 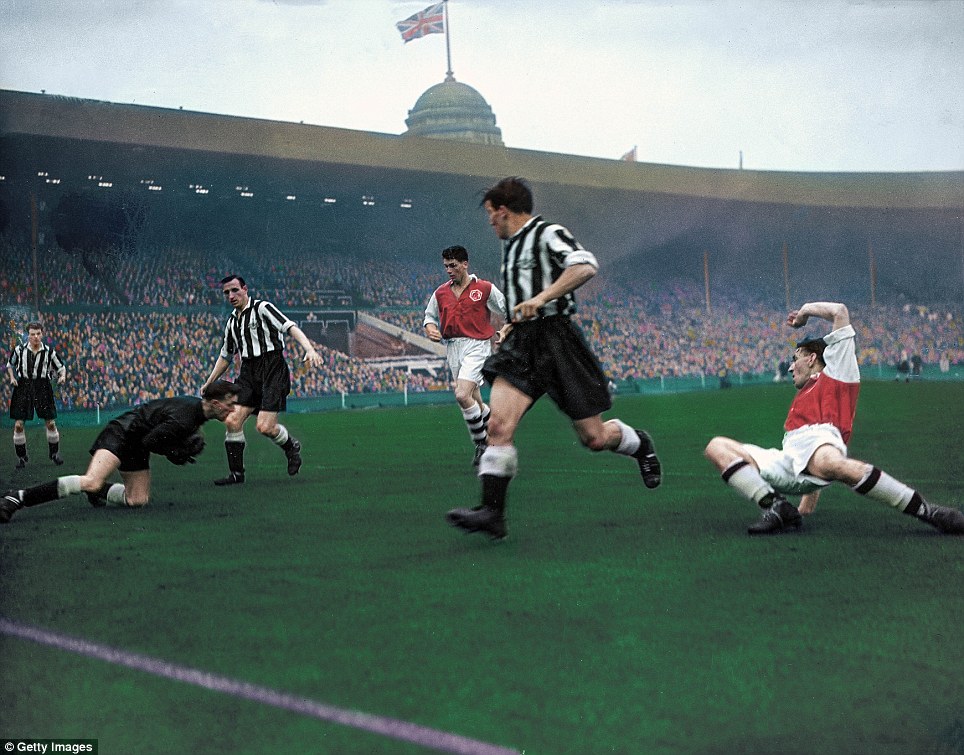 Memorable: The goalkeeper collects the ball during the FA Cup Final between Arsenal and Newcastle United at Wembley in 1952