A 19-year-old Ivy League student has died from an opioid overdose after his high school marijuana habit escalated into addiction that took over his life.

Gage Billetto was found dead of a suspected overdose in his Columbia University dorm room on December 27, according to the New York Post.

He grew up in a wealthy New York suburb and aspired to follow in the footsteps of his successful parents, both Harvard graduates who work in finance and law.

But few of his loved-ones knew his casual drinking and smoking had spiraled into a love of cocaine, painkillers and heroin – while reportedly lying to his psychiatrist to get a higher dose of anti-anxiety medication.

Gage Billetto, 19, was found dead of a suspected overdose in his Columbia University dorm room on December 2

Gage’s mother Kyle was supposed to pick him up from Columbia on December 21, but he never showed up. He didn’t go home for Christmas, the day he would have celebrated his 20th birthday.

‘We figured he was angry with us,’ Kyle told the New York Post. ‘He was always doing this, ignoring us, so we thought he was making a point.’

On December 27, Kyle filed a missing person’s report with the university and stopped by her son’s dorm room. She was met by detectives who informed her of his death.

Police estimate he died alone on December 22, five days before his body was found.

The parents had known about his marijuana and alcohol use, and knew that he was prescribed two stimulants for ADHD, Vyvanse and Ritalin, but had no idea that he had begun using opioids ranging from painkillers to heroin.

‘It was way worse than we had ever imagined,’ Gage’s father Glenn, 59, said. ‘It often isn’t what you see that’s deadly. It’s what you don’t see.’ 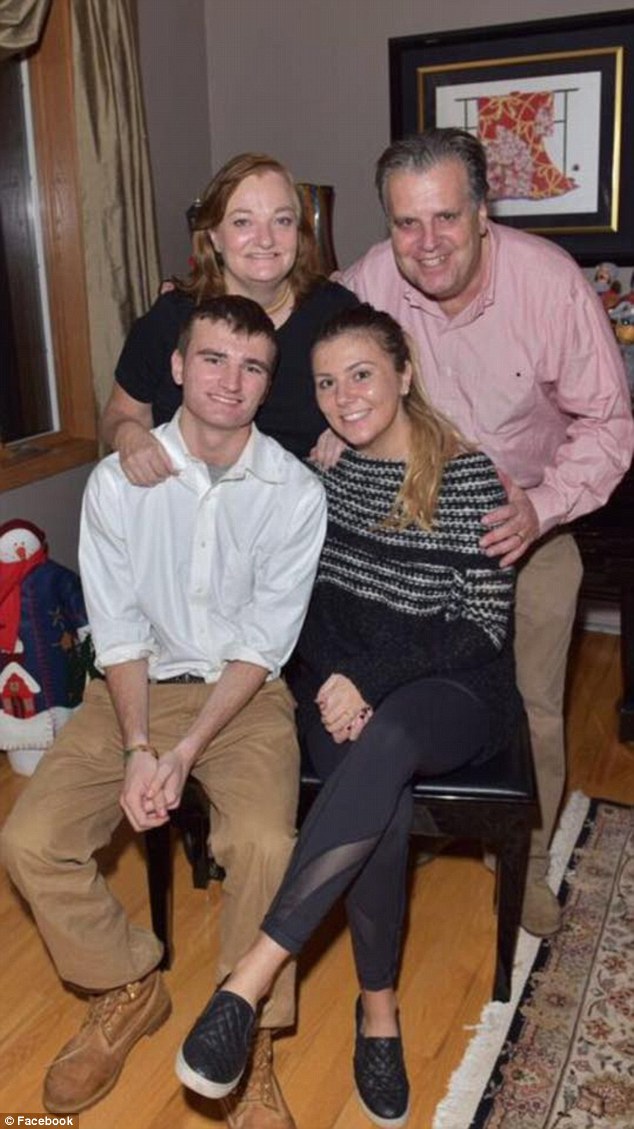 Gage grew up in the wealthy suburb of Bronxville, New York. He is pictured with his parents Kyle, top left, and Glenn, top right, both Harvard graduates, and sister Dale

Gage grew up in Bronxville, New York, a suburb with a median household income of $200,000 per year. His mother is a lawyer and his father is a finance professional.

Gage began experimenting with drugs and alcohol in high school, according to childhood friend Will Rabsey.

He threw big parties when his parents were out of town and smoked weed during his school lunch period.

Gage was also very academically driven. His mom said: ‘When he really set his mind to something, he’d stop at nothing to achieve it.’

After high school he attended Bates College in Maine, but decided to transfer to Columbia after his freshman year because it was more prestigious. 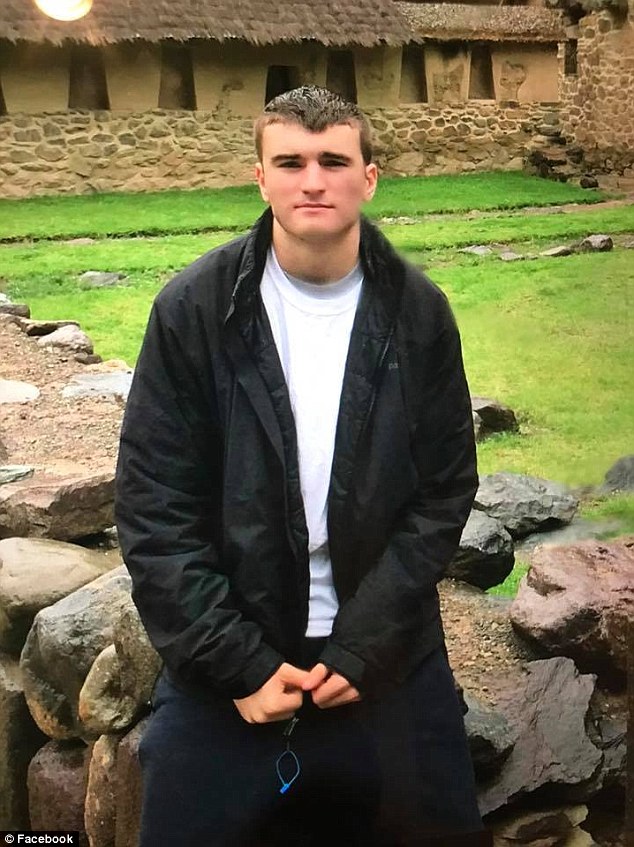 Gage began experimenting with drugs and alcohol in high school, including marijuana and cocaine. In college he began using opioids including painkillers and heroin 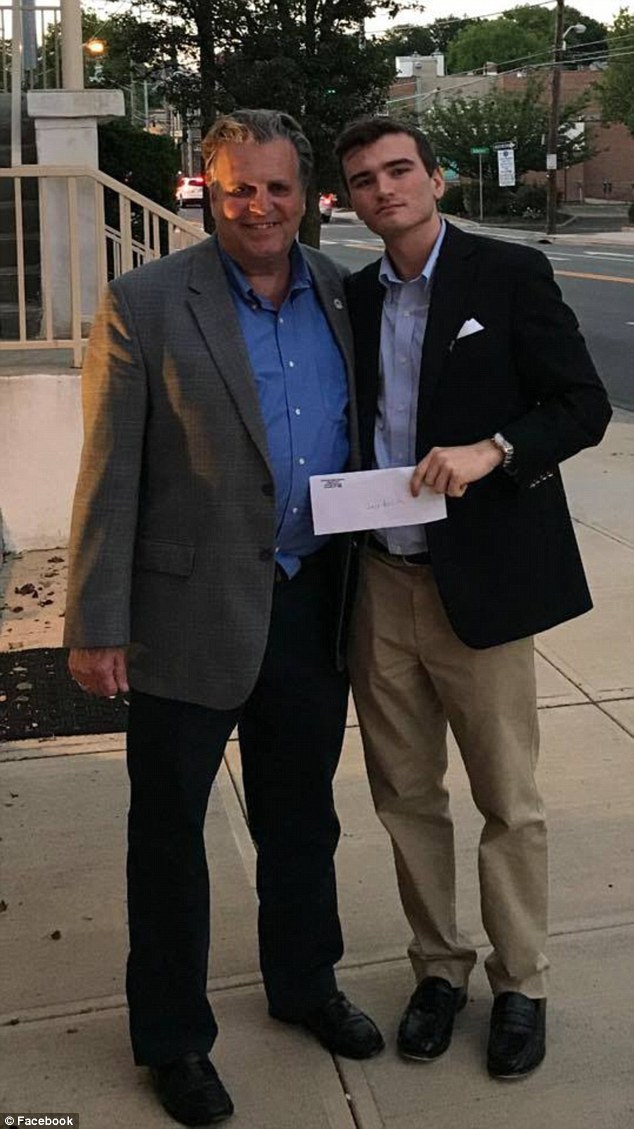 Gage aspired to follow in the footsteps of his parents, both Harvard graduates. After high school he attended Bates College in Maine before transferring to Columbia for his sophomore year because it was more prestigious

When his father picked him up from Bates at the end of the school year in May 2017, he noticed the smoke detector in his son’s dorm room had been wrapped in plastic because Gage had been smoking pot.

As the summer progressed, Gage’s parents noticed a change in his behavior.

‘Whenever I’d try to talk to him about drugs, he’d get really upset and wouldn’t talk to me for days,’ Glenn said.

He became increasingly short-tempered, often telling his parents to ‘f*** off’ and slamming his bedroom door.

He openly smoked weed in the house and left beer cans in the basement.

Rabsey said that Gage was often ‘taking something’: ‘He told me he was so happy he got in that he was just going kind of buck-wild last summer.’

According to the New York Post, Gage lied to his psychiatrist to increase his dosage of Klonopin, an anti-anxiety pill.

He had also been prescribed two medications used to treat attention deficit disorder, Vyvanse and Ritalin. 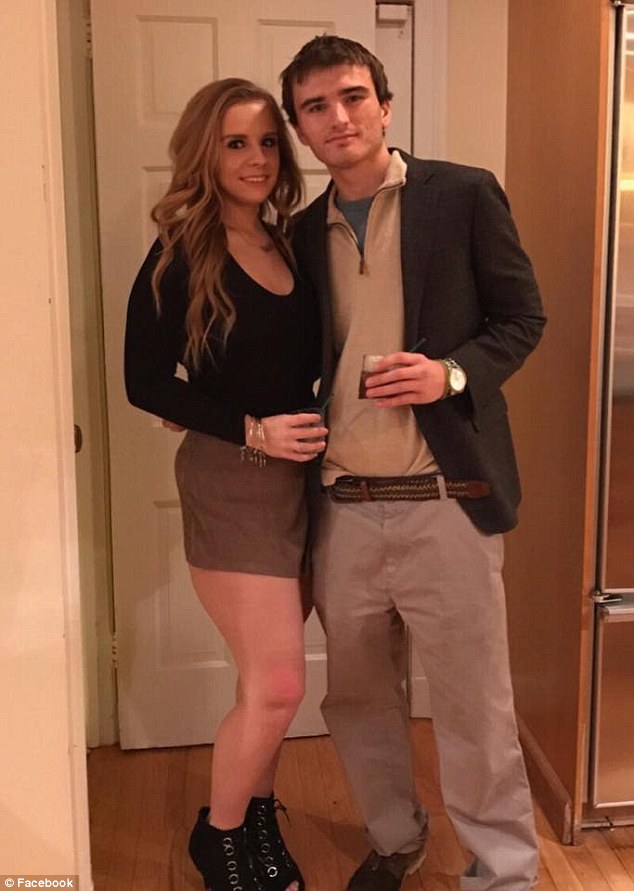 Gage is pictured at age 18 with a drink in hand alongside a friend in December 2016, one year before his death

When he moved into his dorm at Columbia in late August, his drug use got even more out of control.

He lost weight and was basically living on ice cream sandwiches and Coca-Cola, according to Miguel Moya, one of his 12 suite-mates.

‘He got worse and worse and his health completely deteriorated,’ Moya said.

On October 12, Gage collapsed in the dorm’s common room and was taken to the hospital, where doctors told his parents he had taken a ‘dangerous mix of drugs.

Gage refused to sign release papers allowing Kyle and Glenn to see what drugs the drugs were and would not attend an inpatient program.

‘That’s when I took my blinders off and thought: “This is a big problem,”‘ Kyle said.

The parents knew about his prescriptions and his weed and alcohol use, but were not aware that he had been taking opioids.

Police are investigating where Gage got his opioids — ranging from painkillers to heroin — and believe they were obtained illegally. 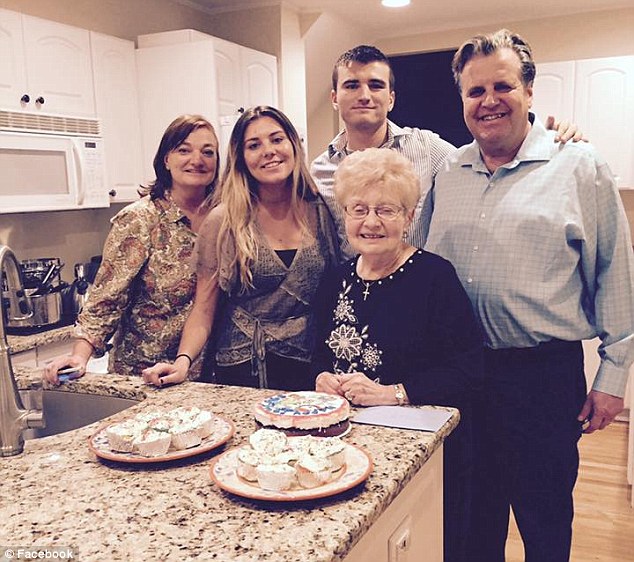 Gage is pictured with his family on Christmas in 2015, also his 18th birthday. He is one of the 67,000 people killed by the opioid epidemic each year

The opioid epidemic kills 67,000 Americans each year, and it’s made its way to university campuses.

About seven percent of US college students have misused non-medical prescription opioids in their lifetimes, according to a national survey by the University of Michigan.

Students at competitive schools like Columbia are at a higher risk of using opioids to cope with the high pressure environment, said Sean Esteban McCabe, a University of Michigan professor and expert on student addiction.

Months before Gage’s death, Jonathan Winnefeld, the 19-year-old son of a Navy admiral, died in a University of Denver dorm on September 7 after overdosing on fentanyl and heroin.