The office of a Jewish psychology and education professor at Teachers College, Columbia University has been vandalized with swastikas and an anti-Semitic slur.

She alerted campus security and the incident is now under investigation by the NYPD. There is no known suspect.

Midlarsky, who is Jewish, is a also a prominent Holocaust researcher who has written a number of articles and papers on the subject.

‘I was in shock,’ Midlarsky told the Columbia Spectator. ‘I stopped for a moment, because I couldn’t believe what I was seeing.’

She added that she is an organ donor recipient who has been battling health issues.

This isn’t the first time her office has been vandalized with anti-Semitic blasphemy.

A swastika was spray-painted on her door and anti-Semitic flyers left in her mailbox in 2007. 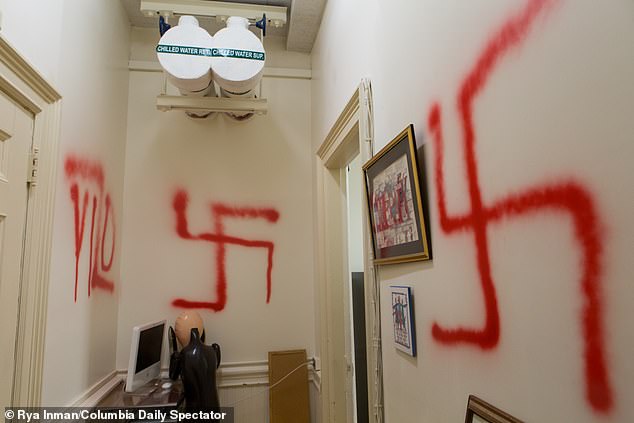 She described the first incident as ‘horrifying but not surprising’ because of her ‘relatively visible status as a Jew’ at the time, the Columbia Spectator reports.

She had become prominent for a number of published papers and articles regarding her Holocaust research.

However, she believes this act 11 years later is due to rising hate crimes and Anti-Semitic views in the US.

‘Anti-Semitism is really in the wind now,’ she said. ‘I didn’t expect to be a personal target right now. I’m not standing up there waving banners. I’m not out there making announcements publicly.’

‘We unequivocally condemn any expression of hatred, which has no place in our society. We are outraged and horrified by this act of aggression and use of this vile anti-Semitic symbol against a valued member of our community,’ Bailey said.

‘Please rest assured that we are working with police to discover the perpetrator of this hateful act. I also want to reaffirm the College’s commitment – and my own – to providing a respectful and welcoming environment for all, and to protecting the safety and dignity of all members of our community.’ 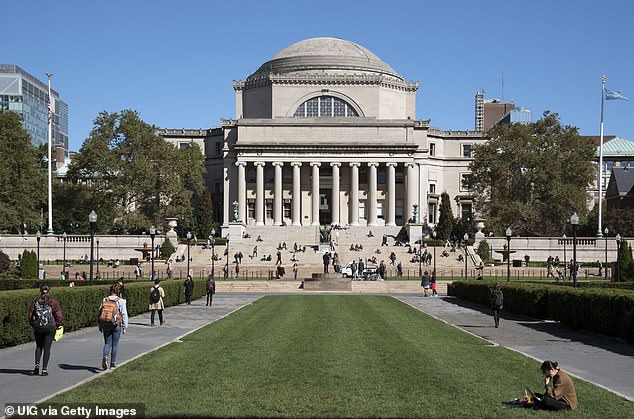 She teaches psychology, education at Teachers College, Columbia University (pictured) and is also a prominent Holocaust researcher and Jewish