In the 36th minute of action against Charlotte FC, Zelarayan lined up to take a quick free kick when he then glanced up and saw goal keeper Kristijan Kahlina about 15 yards off his line.

A beautiful strike of the ball sent it sailing through the air, and over Kahlina’s head into the back of the net.

According to MLS Communications, Zelarayan scored the longest free kick goal in the league since the stat began being kept in 2010 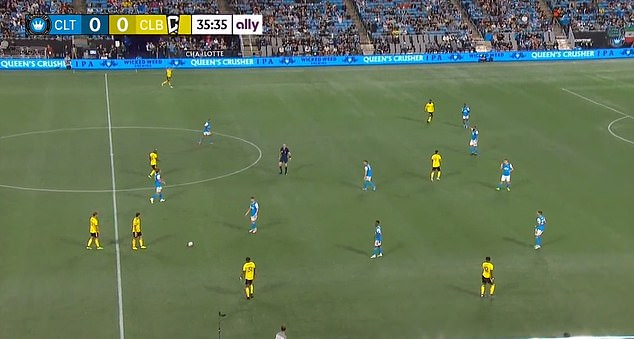 Zelarayan took a quick free kick in the 36th minute that he scored from 56.1 yards out

The previous record was 52 yards, set by Colorado’s Jamie Smith in May 2011.

The 30-year old Armenian international has scored has scored 17 goals from outside the box in regular season play, since joining MLS in 2020.

That number is more than double of any other player in the league during that span. Randall Leal of Nashville SC is second with eight.

For the season as a whole, Zelarayan has scored 10 goals and registered 11 assists. 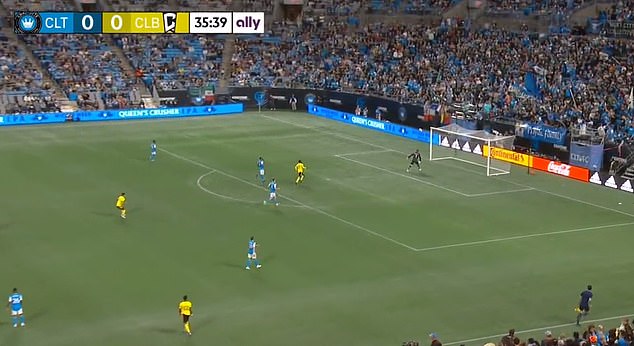 His goal combined with a second from teammate Luis Diaz was not enough to ultimately net Columbus a win however.

Charlotte rallied back in the second half of action to tie the game at 2-2 and secure a draw.

The draw left Columbus in a position to just sneak into the postseason, while Charlotte was officially eliminated from playoff contention.