Come Dine With Me: 14 years of tears, tantrums and…trifles

The way to the nation’s heart is via its stomach, as hit reality show Come Dine With Me has discovered. We go behind the scenes to check out its recipe for success

That’s why we love it. Ostensibly, Come Dine With Me is a simple show about five strangers hosting dinner parties for each other over consecutive nights in a bid to win £1,000. In reality, it encompasses the entire spectrum of human behaviour. It’s a show where big personalities collide with each other, where resentments flare up out of nowhere, where at least one person a week will pretend to know their local butcher by name. Best of all, it’s a show that’s narrated by someone who legitimately appears to hate it. Try to imagine what Come Dine With Me would be like without Dave Lamb’s withering putdowns. You can’t, can you? 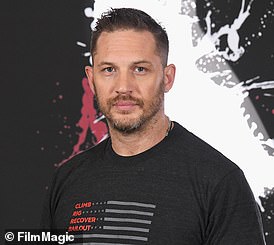 Everyone has their favourite Come Dine With Me contestant. There was Peter from Oxfordshire, the man who threw everyone out of his house when he lost. There was Claire from York, whose pet snake pooed all over her tablecloth. Best of all there was Big Brother winner Brian Belo, whose appearance on a celebrity version of the show saw him trying to juice a lemon with a potato masher as Lamb gravely intoned: ‘Yes, this is really happening.’

Not that every contestant is thrilled with their portrayal. Josh, an environmentalist who took part in the series in 2009, still chafes at the recollection of his episode. ‘At one point I was talking about sustainable farming, and it was quite a lively conversation,’ he says, ‘but they edited in a shot of everyone gazing off looking bored.’ His theory is that the production team paired him up with his polar opposite – a ‘consumerist capitalist’ named Stuart – in the hope that there would be a fight. ‘I don’t think that really happened, but given the amount of footage they had of us, they were able to edit it down to suit their own narrative.’ Stuart won, by the way, despite cooking what Josh describes as ‘bog-standard Wetherspoons food’.

Josh finished second. ‘I took it all on the chin and it was a good experience. The programme was good to watch; I will give them that.’

With a new series of Couples Come Dine With Me just around the corner – promising even more flare-ups, botched dinners and new best friends – we spoke to some of the people responsible to celebrate this beloved institution.

Executive producer Rachel Bloomsdale: ‘It becomes more intense than you can ever imagine’

‘Come Dine With Me is very reflective of what it is to be British. People here are obsessed with status and class and who’s better than who and who’s got what. There’s a very British sense of humour that runs through the show.

THE BEST OF THE WORST DISHES

● Perry, a contestant from Hertfordshire in 2012, created a main dish comprised of two tins of chicken soup poured over a chicken breast, topped with crisps.

● In 2011, Annie Rose in Coventry served up sausages for her starter, main and dessert – including a sausage trifle. 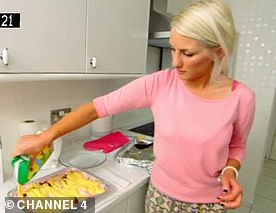 ● Daniel in Perth chose to cook a traditional Scottish menu in 2014, including spaghetti ‘hagginaise’ made with haggis, followed by homemade Irn-Bru ice cream.

● The 2019 Couples series will feature a bacon roly-poly…

‘We’ve seen so many dinner parties and tactics. The worst thing is when contestants say they’re going to be better than everyone else. Even if they do a brilliant dinner, they’ll still lose points because of the way they behaved. Nobody likes a show-off.

‘People often over-complicate their menu. If you’re too involved in the kitchen, then you’re not hosting enough. The food is 60-70 per cent of the scoring and the rest is how good a night they’ve had. If you’re spending all your time with a piping bag, that’s not necessarily going to go down well.

‘Everyone thinks that they know what they’d do if they were on the show. But the reality is you’ve got a camera crew in your kitchen, you’re under pressure and you know you’re going to be scored by a bunch of strangers. It all becomes much more intense than you can ever imagine.’

‘We’ve had many great characters,’ adds series producer Henry Hainault. ‘There was a guy in Salisbury called Chris who served peppers stuffed with baked beans and watered down everyone’s wine to save money. A lady in Cumbria, Katy [who was also the first female winner of One Man and His Dog], had a shepherding display as her entertainment.’

Casting producer Daryl Moore: ‘There’s no such thing as a perfect contestant’

‘We’re always looking for people with interesting things to say about themselves – that’s when the casting team can gauge whether they’re somebody who can sustain five nights of dinner parties. There’s no such thing as a perfect contestant.

‘What makes the show work is when you have people from different walks of life meeting people they wouldn’t normally meet. For example, in a recent Gloucester and Cheltenham episode, Daphne, an 80-year-old otter conservationist, ended up rapping with 37-year-old reggae MC Aisha. In East London and Essex, taxi driver Paul formed an unlikely friendship with Brian, a performance artist from New York. His wife actually wrote to us after filming to thank us for broadening his horizons.’

Contestant Robert Johnston: ‘I haven’t watched an episode since’ 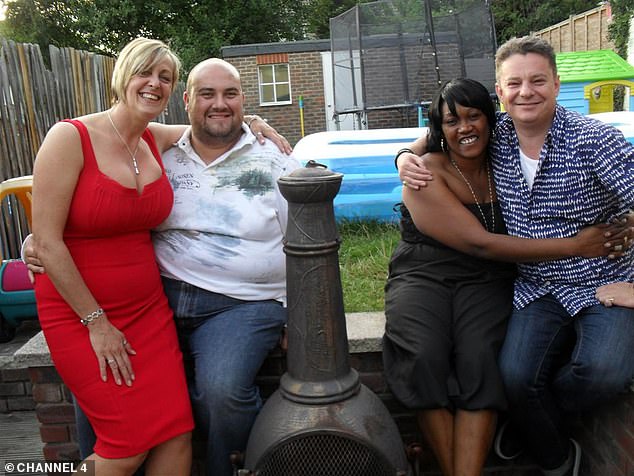 ‘Having been a long-time fan of Come Dine With Me, I decided around ten years ago that I would apply to appear on it. I came up with a random menu that was designed to catch the producers’ attention rather than being nice to eat. I heard nothing for months, and had more or less forgotten about it when I was told they would like to film me in a few days’ time. So, like an idiot, I was stuck with a menu that I had never really tried with disastrous results that saw me come a well-deserved last. After five dinners in five days, all I had to show for the experience was the mother of all hangovers.

‘This was perhaps inevitable, as the other big mistake I made was to serve my guests cocktails on arrival. For some reason, I had decided these should be French 75s – a mix of gin, champagne and lemon juice akin to rocket fuel. The result was we were all half-cut before we even got to the table. There were then endless retakes as we inadvertently came out with swear words.

I genuinely liked my
fellow diners, but it
wasn’t actually a
pleasant experience

‘Mind you, it did make the evening go with a bang and, despite my disastrous cooking, we all had a lot of laughs. I freely admit that my stilton ice cream was repulsive, though now savoury ice creams are a thing. Perhaps I was ahead of my time! Nice try – in truth it was more foul than fashionable. Indeed, months later in a radio ad for a Christmas boxset of Come Dine With Me, I caught my plummy tones pronouncing the word “revolting”. I was actually describing my own food.

‘The catch with reality TV is that the producers believe that for the format to work they have to create tension and feuds. And they may well be right. Five people sitting around a table having a civilised dinner probably wouldn’t make compelling watching. Most of all reality TV looks to create baddies. And their favourite sort of baddie is a posh one.

An episode of Come Dine With Me takes a whole week to film. A morning crew will arrive first at 9am, switching to an evening crew in the afternoon. They will film everything that happens, with the exception of a couple of short breaks.

Each contestant is given £125, but can choose to spend more or less.

Taxis usually pick up the guests from their homes at 4.30pm, although this can depend on the location, and when they arrive at their destination they might have to wait up to 20 minutes before knocking on their host’s door so that each guest can be filmed arriving individually.

It can be a long evening – the host is filmed at various points over the night, while contestants are filmed after the main course and at the end of the evening when they give their scores in the taxi. There can be up to an hour’s wait between courses.

The evening usually finishes with the guests filming their taxi interviews at around 11pm, but if things overrun it can be in the early hours of the morning.

‘I would never describe myself as posh, but it was obvious that this was the role the producers wanted me to play – everything they tried to get me to say on camera was clearly an attempt to make me look like a snob. It was exhausting spending a whole day being filmed while being constantly goaded to say things I don’t believe to get people’s backs up. Even before I had met my fellow diners, I correctly guessed they would have been picked to be as different to me as possible, so it didn’t take long to work out that the only way to avoid being the baddie was to be unfailingly polite and nice.

‘I could tell that my refusal to play up to my intended role was frustrating the crew and by day three they had moved on to trying to whip up a feud (with some success) between two of the other diners instead, leaving me to be the nice bloke on the sidelines.

‘Although I haven’t seen them since, I genuinely liked my fellow diners. Also, having served up muck, I knew I was never going to win so didn’t have to worry about tactical voting. Whether I liked the others’ food or not, I was happy to be generous and give them all high scores.

‘Perhaps the biggest surprise came with the sequence where the guests have to jump into a cab home and have their reactions to the evening filmed. Except it wasn’t a cab home. There is only one cab and the four of you have to wait your turn to be driven around in circles. Only then could we go home. By the last evening we were all on the point of collapse.

‘My main regret is that, having had a glimpse of how the show works, I haven’t watched an episode since. Apart from the chance to enjoy the company of four lovely people, it wasn’t actually a pleasant experience.

‘Mind you, it could have been worse. One of the diners had their piano smashed when a microphone stand fell over. Never let light – or sound – in on the magic.’ 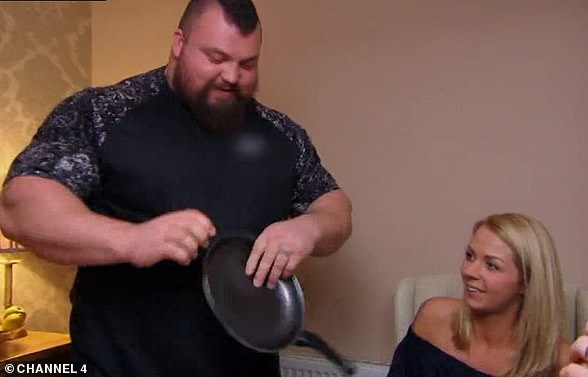