Comedian has his Netflix deal cancelled for a Holocaust joke

Australian comedian has his Netflix deal cancelled for crude Holocaust joke and for telling a Jewish audience member: ‘If you can’t stand the heat, get out of the oven’

A stand-up comedian has had his lucrative comedy special deal with Netflix come unstuck after it was deemed too offensive.

Australian comedian Isaac Butterfield was slammed after a performance at the Melbourne International Comedy Festival on April 11 in which he made jokes about millions of Jews being killed in the Holocaust.

After the show, a Jewish woman, who was part of the audience, emailed him to express her concern at the jokes, to which he replied, ‘if you can’t stand the heat get out of the oven.’

The email from the woman, who did not wish to be named, to Mr Butterfield read in part, ‘Sitting there hearing about Jews being gassed, eight million perished including children, watching family members being gassed or tortured or shot, is not remotely funny,’ according to the The Herald Sun.

Mr Butterfield’s style of comedy is based on pushing the boundaries of political correctness and he currently has close to one million subscribers on YouTube.

He recently negotiated a deal with Netflix to air his comedy stand-up special ‘The Butterfield Effect’, however, the deal fell through when the streaming giant had problems with how offensive the material was.

In a video posted to his YouTube channel, Mr Butterfield pretended to apologise for his offensive jokes before taking it back and defending his right to express his views.

He also claimed that Netflix wanted to cut at least 20 minutes from his stand-up special due to the offensive jokes and that it would be delayed by at least six months.

‘I worked so hard on this comedy special and I don’t want to wait any longer to show you guys,’ he said on his YouTube channel. 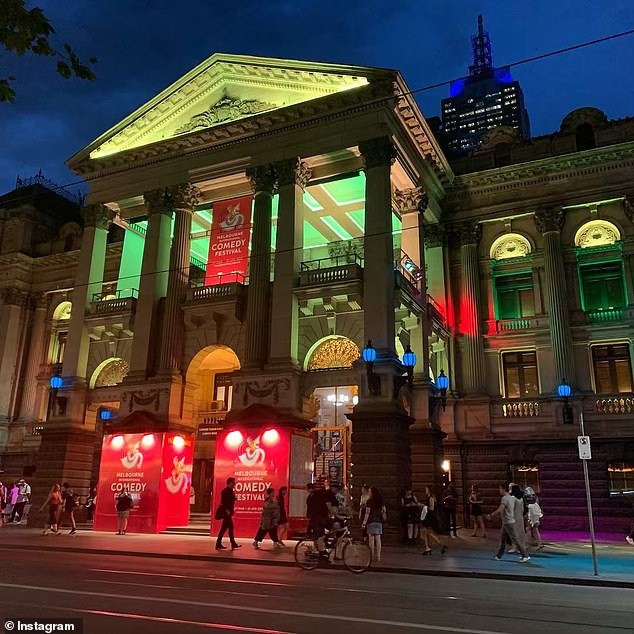 ‘It is beyond shocking to exploit the extermination of six million Jews in the Holocaust to generate despicable jokes,’ he said.

He also urged festival organisers to reconsider whether the comedian should be given stage time at future events.

A spokesperson for the Melbourne Comedy Festival said performers are entitled to free speech.

‘The festival does not censor artists’ work and the annual event represents the individual views, observations and humour of the artists involved,’ the spokeswoman told the Herald Sun.