Comedian Norm MacDonald died on Tuesday after privately battling cancer for the past nine years.

His death was confirmed to Deadline by his management team at Brillstein Entertainment.

The 61-year-old’s longtime producing partner and friend Lori Jo Hoekstra was with him when he passed. He told Deadline that Macdonald had been battling cancer for nearly a decade but remained adamant about keeping his diagnosis from family, friends and fans.

‘He was most proud of his comedy,’ Hoekstra said. ‘He never wanted the diagnosis to affect the way the audience or any of his loved ones saw him. Norm was a pure comic. He once wrote that ‘a joke should catch someone by surprise, it should never pander.’ He certainly never pandered. Norm will be missed terribly.’

The famous comedian was best known for his work on Saturday Night Live where he worked as a cast member from 1993- 1998 and starred as the show’s anchor on its Weekend Update segment.

Norm Macdonald starred as a cast member on Saturday Night Live from 1993 -1998. He was at the helm of the Weekend Update desk for three seasons where he made his biggest impact 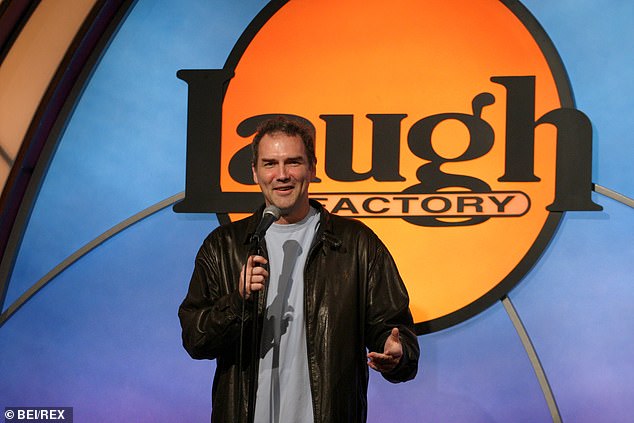 Macdonald began his comedic career performing the circuit of comedy clubs in Canada where he developed his signature deadpan style. He was a contestant on Star Search in 1990 and secured his first television writing job on The Dennis Miller Show.

Chevy Chase, who created SNL’s Weekend Update,  named Macdonald as the best anchor to ever host the segment. Macdonald’s time at the helm of Weekend Update pushed the popular news commentary away from Chase’s slapstick comedy take on to the more politically charged sharp approach that is seen today.

He was noted for his strong commentary on O.J. Simpson despite reported instance from NBC executives to tone it down. His sharp comedic criticism is believed to have led to his firing from the show in 1999. It is also alleged to have been one of the few decisions regarding the show that was not left to producer Lorne Michaels.

The stand-up comedian went on to launch two failed sitcoms in the early 2000s: Norm and A Minute With Stan Hooper. But his career was eventually revived as he went on to star in a long list of popular movies and television shows up until 2020.

Several years go Macdonald became involved in controversy due to remarks he made about the #MeToo movement during an interview with The Hollywood Reporter. 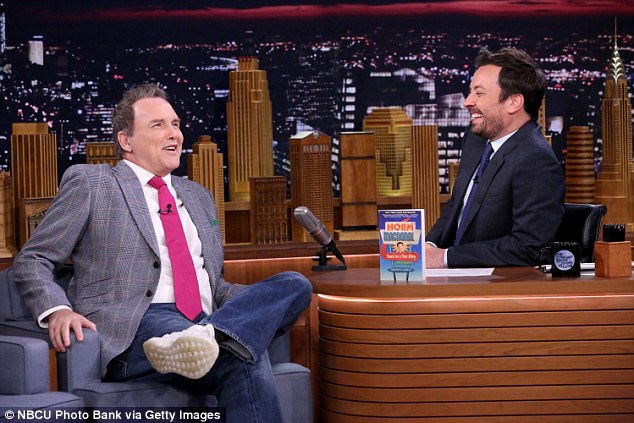 Macdonald said he had arrived early to tape a segment, just hours after he told the Hollywood reporter he wanted Louis CK and Roseanne Barr to get together and commiserate because they had lost everything to the #MeToo movement. These comments made senior producers at the Tonight Show cry, he said 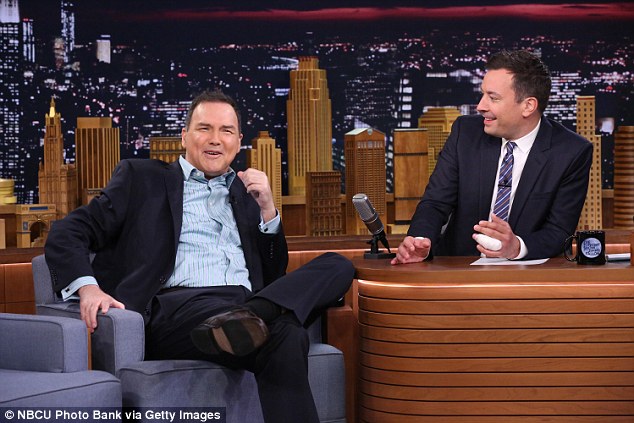 Macdonald said he and Fallon agreed he would not do the show as not to damage the brand, after Fallon revealed the staff’s distress that Macdonald would appear

Macdonald said he had linked up Louis C.K, who was accused of sexual misconduct, and Roseanne Barr, who was fired from her show in May for racist comments, so they could talk about what had happened.

‘There are very few people that have gone through what they have, losing everything in a day,’ he said.

‘Of course, people will go, “What about the victims?” But you know what? The victims didn’t have to go through that.’

Macdonald was slammed online for his remarks, by people who thought he was dismissing those who had revealed themselves to be victims of sexual assault, and by others who saw his comments as trying to defend CK and Barr.

He then went on Howard Stern’s radio show and told him that his appearance on The Tonight Show with Jimmy Fallon had been cancelled because his remarks on the social movement had made senior producers cry.

He later apologized for his comments in a tweet: ‘Roseanne and Louis have both been very good friends of mine for many years. They both made terrible mistakes and I would never defend their actions. If my words sounded like I was minimizing the pain that their victims feel to this day, I am deeply sorry.’

According to his IMDB page, the Canadian star was slated to voice Grandpaws in the ‘animated re imagining of one of the largest wildfire evacuations in Canadian history’ titled Back Home Again which is currently in post-production.

He was scheduled to perform at the New York City Comedy Festival November 11- 14.