An Australian comedian has recreated the ecstatic celebration of Ariarne Titmus’ swimming coach when she won gold at the Tokyo Olympics.

Dean Boxall ripped his face mask off and started bouncing around his box as he punched the air in excitement and shook the glass barrier.

He became an overnight internet sensation with his exuberant display in the stands made into a meme all over social media.

Among the was comedian HiJosh made a video titled A Day in the Life of a Swimming Olympic Coach’ parodying Boxall unable to contain his excitement when Titmus won the 400m Freestyle on Monday.

The comedian put himself in more mundane situations such as shopping in the supermarket, mowing the lawn, taking out the bins, on a walk with a pram, and even at the altar getting married.

HiJosh stops in each circumstance to celebrate and cheer yelling ‘come on!’ and recreate Boxall’s celebratory antics.

The video was a hit online with fans believing he captured the essence of Boxall’s jubilation watching the exciting victory.

One wrote on Instagram: ‘He really gave you something to work with’, while another wrote, ‘I need more of this vibe in my life.’

Another commented on Boxall’s gold winning reaction and the shocked Olympics official in the background of the viral celebration.

‘I think the best part of his performance was the lady off to the side who was having a full blown panic attack at his antics/him stepping into her zone and no clue how to handle the situation! I can’t keep my eyes off her!’ they said. 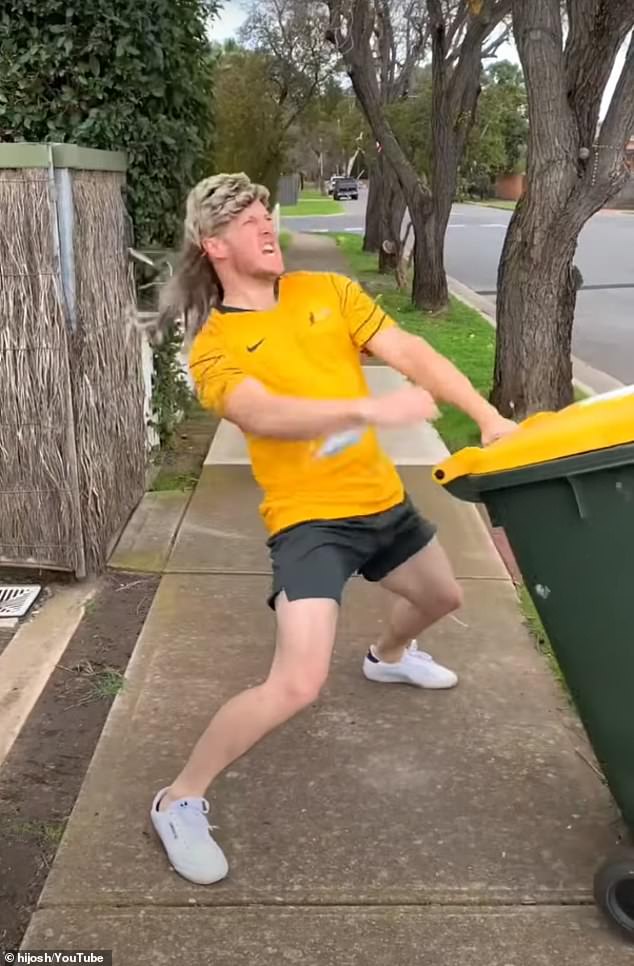 The video which has been viewed over 130,500 times on Instagram sees the comedian completing everyday circumstances stopping each time to celebrate and cheer just like swimming coach Dean Boxall