Comey compliments new FBI chief for not firing his deputy

Former FBI Director James Comey is seemingly impressed that his successor Christopher Wray threatened to resign over being pressured to fire his deputy.

‘Good to read reports of people standing up for what they believe in,’ Comey tweeted Monday night, including a quote from civil rights icon Martin Luther King Jr.: ‘The ultimate measure of a man is not where he stands in moments of comfort and convenient, but where he stands at times of challenge and controversy.’

Comey’s tweet came on the heels of a report that Wray was being pushed by Attorney General Jeff sessions to remove Andrew McCabe, a source of scorn for President Donald Trump, who doesn’t like that McCabe’s wife is, albeit tangentially, connected to Hillary Clinton.

Former FBI Director James Comey (pictured) seems to be impressed with his successor Christopher Wray, after reports came out that Wray threatened to quit his post after being pressured by Attorney General Jeff Sessions to fire FBI Deputy Director Andrew McCabe 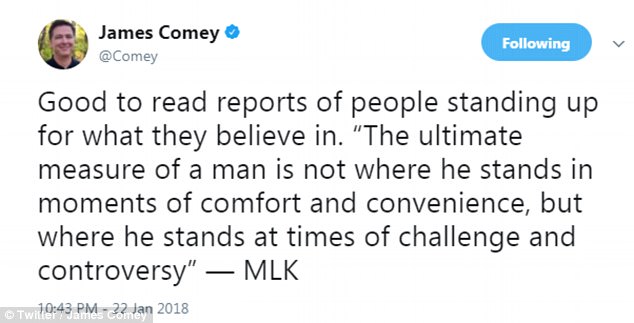 On Monday, night, former FBI Director James Comey sent out this tweet, indicating that he had seen the reports of Christopher Wray’s refusal to get rid of Andrew McCabe, who had served as Comey’s deputy as well 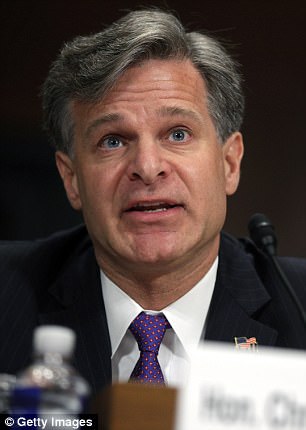 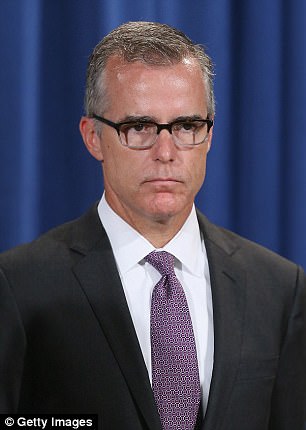 FBI Director Christopher Wray (left) was pressured by Attorney General Jeff Sessions to can his deputy, Andrew McCabe (right). McCabe’s wife took campaign donations in 2015 from an ally of Hillary Clinton’s and so Republicans are trying to cast him as biased 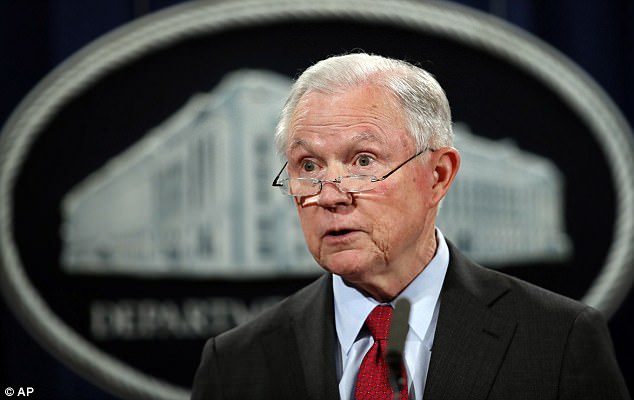 ‘How can FBI Deputy Director Andrew McCabe, the man in charge, along with leakin’ James Comey, of the Phony Hillary Clinton investigation (including her 33,000 illegally deleted emails) be given $700,000 for wife’s campaign by Clinton Puppets during investigation?’ Trump huffed on Twitter in December.

During her 2015 state Senate bid, Jill McCabe, a Democrat, took cash from the Virginia Democratic Party and from Virginia Gov. Terry McAuliffe’s PAC.

McAuliffe, a former Democratic National Committee chairman, is a longtime political ally and friend of Bill and Hillary Clinton.

Republicans remain critical of the FBI’s investigation into Hillary Clinton’s emails, as many believe she should have been charged with a crime for mishandling classified information on her homebrew email server.

Last month, a White House official was quoted in the New York Times alleging that many senior leaders of the bureau were ‘politically motivated,’ touting Wray as the ‘right choice to clean up the misconduct at the highest levels of the FBI.’

But on Monday, Axios quoted three sources saying that Wray, who was sworn in as FBI chief in August, was threatening to quit over Sessions’ pressure to get rid of McCabe.

Sessions then told White House Counsel Don McGahn how upset Wray was, according to Axios, with McGahn telling Sessions that the McCabe issue wasn’t worth losing another FBI director over.

And McCabe stepped in as acting FBI director before Wray’s appointment.

On Monday, White House Deputy Press Secretary Raj Shah said the president believes Wray ‘is a man of true character and integrity,’ though didn’t drop the notion that there’s political bias present in the bureau.

‘As we’ve said, the president has enormous respect for the thousands of rank and file FBI agents who make up the world’s most professional and talented law enforcement agency,’ Shah told Axios. ‘He believes politically-motivated senior leaders including former Director Comey and others he empowered have tainted the agency’s reputation for unbiased pursuit of justice.’

Axios reported Sunday that when Wray came on board Sessions recommended that he clean house, advising that he get a ‘fresh start.’

Among those targeted by Sessions: McCabe and top FBI lawyer James A. Baker, who was ‘reassigned’ last month.

This move prompted a tweet from Trump too, with the president writing, ‘Wow, ‘FBI lawyer James Baker reassigned…’

Sessions may have backed off too because McCabe, according to the New York Times’ sources, is already planning to retire.

He’ll be eligible for full retirement benefits later this year.

But also another high-profile departure at the FBI could spell big political trouble for team Trump.

The president already has had to deal with the consequences of his decision to fire Comey, as it prompted Deputy Attorney General Rod Rosenstein to appoint Special Counsel Robert Mueller, who’s now in charge of the Russia probe.

The latest blockbuster on that front also came Tuesday, as the New York Times reported that Sessions was interviewed for hours by Mueller’s team.

The president almost canned Sessions too, over the attorney general’s decision to recuse himself from the Russia investigation since he worked on Trump’s campaign.