Harry Hill’s wife has hit back at a comedian who criticised the star for organising a charity event with an all-white line-up.

Jimmy Carr, Matt Lucas, John Bishop and Rob Brydon are among the big names on the bill.

Stand-up Lolly Adefope sparked the row last week when she tweeted: ‘Someone’s dreaming of a white Christmas’ and pointed out all 23 comedians in the show are white.

Some of Ms Adefope’s fans joined in the criticism, using words such as ‘shocking’ and ‘disgusting’.

But last night, Hill’s wife Magda Archer said her husband had gone out of his way to get black and Asian stars for the event.

She said: ‘The fact is that he asked people of colour who could not do it. In fact one person had to drop out. When they say no what is he going to do?’

Ms Archer said some of those who had criticised Hill has since apologised.

She said: ‘He has had a lot of apologies from people who stoked it up. He was organising it for this muscular dystrophy charity. That’s what it’s about.

‘The thing is there are people who are at a loose end, who spent a little bit of time mucking about on Twitter. 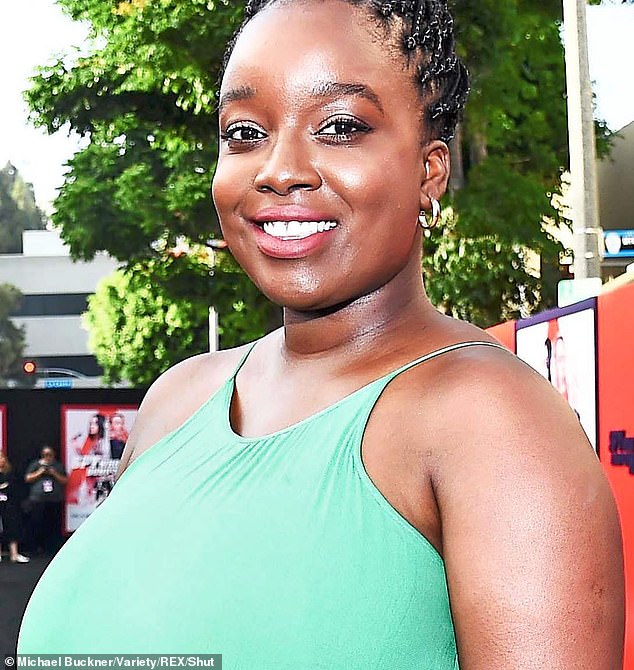 It started off as a bit of a laugh and I think they have come to realise that they have created something that is totally untrue and unfair actually.

I think it is some of these people, who are stoking the fire, they really do need to watch what they say, use their time more carefully.

‘At the end of the day it is a huge accusation… there is a lot of stuff on Twitter that is just not nice stuff.’

Former doctor Hill, 54, is patron for muscular dystrophy charity Action Duchenne and has put together the line-up for the charity’s fundraiser, Comedians Sing The Christmas Hits, on December 4 at London’s Bloomsbury Theatre.

All the stars, including Jo Brand, Stewart Lee, Vic Reeves, Sarah Pascoe and Jason Manford, will perform for free.

In the wake of the criticism unleashed by her tweet, Ms Adefope – who was a guest earlier this year on the ITV show Harry Hill’s Alien Fun Capsule – said even a charity event shouldn’t be immune from criticism.

She said: ‘I think a gig can be diverse and can support a charity and have a great line-up. It’s called multi-tasking. And if diversity isn’t important to you, that’s your prerogative.’

Manford defended Hill, saying Omid Djalili – who was born in Britain to Iranian parents– had agreed to appear but was forced to cancel because of a diary clash.

Manford tweeted to Ms Adefope: ‘It was harsh to call out the all-white line-up. In fairness to Harry, I know for a fact that he asked a lot of his pals of different heritage but people said no, and these are the folks who said yes and didn’t cancel. 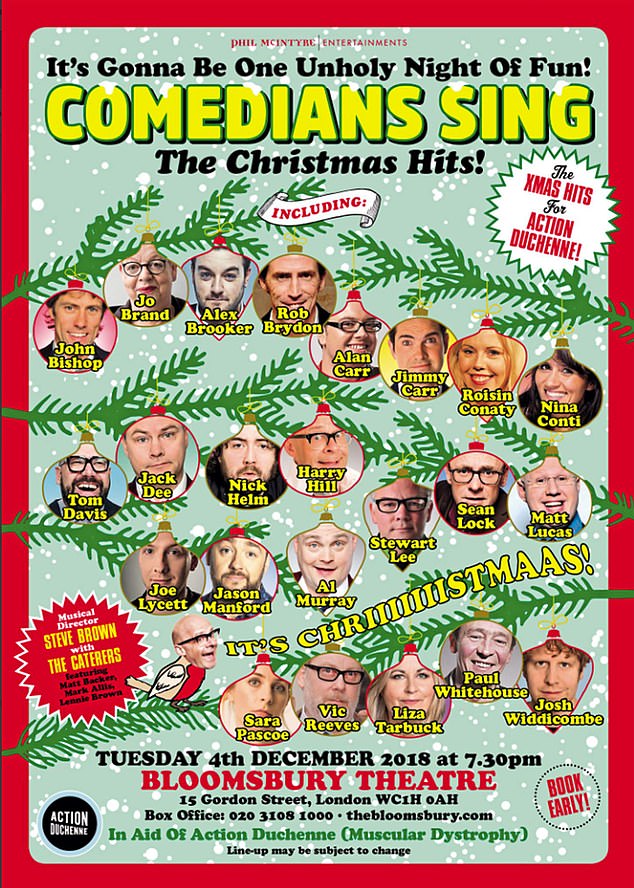 Jimmy Carr, Matt Lucas, John Bishop and Rob Brydon are among the big names to perform at the show

‘I know Omid was scheduled but now isn’t able to. I take your point but it does seem a little harsh.’

Hill was unavailable for comment last night but a spokesman said conversations about the line-up were continuing.

A spokesman for the charity said: ‘Action Duchenne is extremely grateful to our patron, Harry Hill, for organising the event, and to his fellow comedians who have agreed to take part.

‘Duchenne muscular dystrophy is a rare genetic condition that does not discriminate between any races or religions.

‘We are here to support all families who find themselves affected by this severe life-limiting condition. Disability rights are one of our key core objectives and we naturally support diversity and inclusion in all forms.’