Commerce Secretary Ross claims coronavirus will help ‘accelerate the return of jobs to the U.S.’

Wilbur Ross said Thursday that he doesn’t want to do a ‘victory lap’ on economic growth over coronavirus, which originated in China, but proclaims it will help bring more jobs back to America.

‘I think it will help to accelerate the return of jobs to North America – some to U.S., probably some to Mexico, as well’ the Secretary of Commerce told Maria Bartiromo on Fox Business Thursday morning.

The 82-year-old administration official added that the virus gives businesses ‘another thing to consider,’ and claims it could accelerate the return of some factories to the U.S. and Mexico.

The Fox host was quick to agree with Ross on his take on the deadly virus.

Commerce Secretary Wilbur Ross said Thursday that coronavirus could help bring businesses back to the U.S. and Mexico. ‘I think it will help to accelerate the return of jobs to North America,’ he said 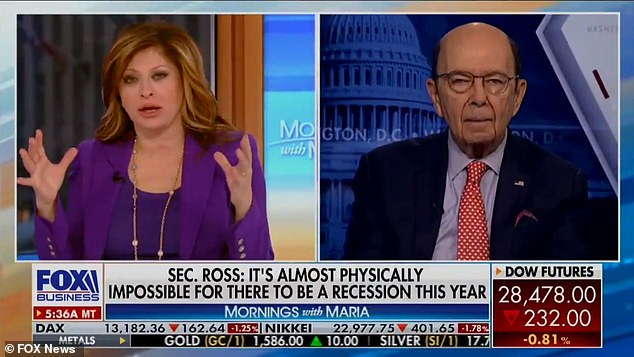 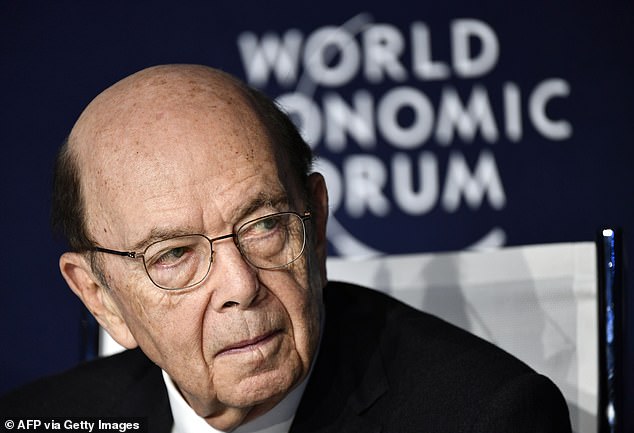 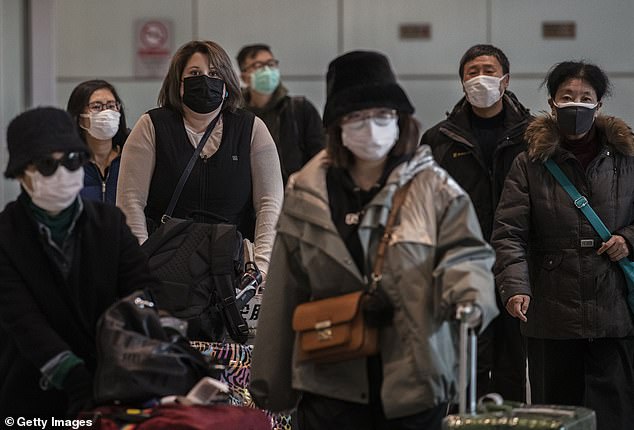 There are now 170 deaths linked to coronavirus and 7,711 cases were confirmed in China as of Wednesday

U.S. companies that operate in China have started to close some of their locations due to the coronavirus outbreak – Google and Starbucks are among those affected. Those companies have also seen a drop in their stock.

Some airlines, including British Airways and American Airlines, have seen a rise in their stock, however, as they have started to ground Los Angeles flights to and from Shanghai and Beijing.

So far, there have been 170 deaths linked to the virus and there are 7,711 confirmed cases in China, authorities confirmed Wednesday.

Fives cases so far have been reported and confirmed in the U.S.

‘You can seriously see the Chinese economy comes to a halt and given the large percentage of global growth that China demands does that threaten [Chinese economy],’ Baritromo posed to Ross.

‘Well first of all, every American’s heart has to go out to the victims of coronavirus,’ Ross said. ‘So I don’t want to talk about a victory lap over a very unfortunate, very malignant disease.’

‘But the fact is, that it does give businesses yet another thing to consider when they go through their review of their supply chain,’ he continued. ‘It’s another risk factor that people need to take into an account.’

In the early morning hours of Thursday, Trump revealed that he has been briefed on the situation.

‘Just received a briefing on the Coronavirus in China from all of our GREAT agencies, who are also working closely with China,’ Trump tweeted.

‘We will continue to monitor the ongoing developments. We have the best experts anywhere in the world, and they are on top of it 24/7!’ he continued, adding four images from his briefing in the situation room. 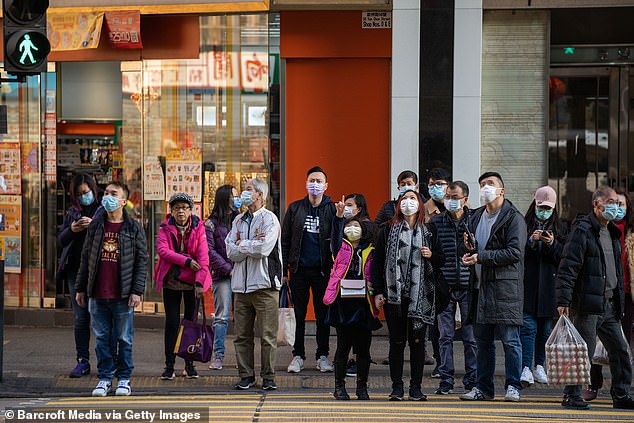 There have been five confirmed cases of coronavirus in the U.S. 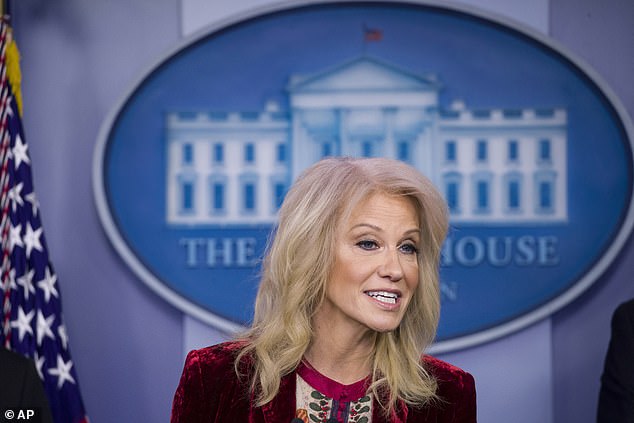 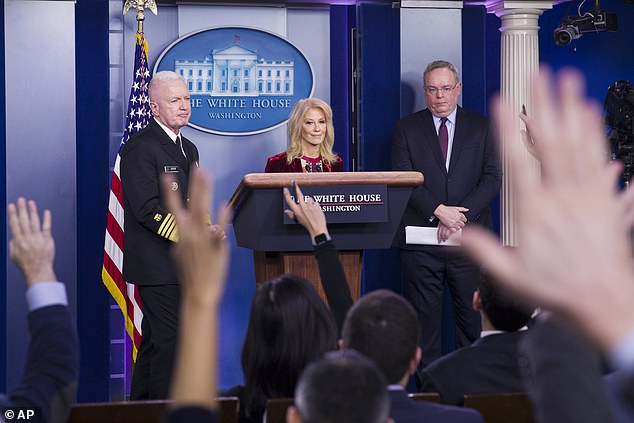 Admiral Brett Giroir (left), the assistant secretary of the Public Health Administration, said ‘This is no cause for urgent panic,’ and claimed: ‘We know the steps to take right now to contain it’

White House Counselor Kellyanne Conway added during a briefing room press conference Thursday morning that a task force has been created to address the growing crisis.

‘So there’s a new task force that’s been created, it’s being led by Secretary of Health and Human Services Alex Azar,’ Conway said when asked about the U.S. response to Coronavirus.

‘As you are probably aware, the president was briefed yesterday in the Situation Room. I’ve been a part of the staff-level briefings… And I won’t make an announcement about that right now,’ Conway said in the first press briefing in 325 days.

She also revealed that Azar could be addressing the issue in the coming days.

The White House ended the daily press briefings about three months before Sanders’ departure, claiming that the president could share his message even more effectively than his surrogates and slamming the media for attacking the press secretary.

Admiral Brett Giroir, the assistant secretary of the Public Health Administration, said addressing the issue is an ‘all-hands-on-deck effort.’

‘This is no cause for urgent panic, in any way, in the United State,’ he insisted from the briefing room podium. ‘This is currently under control. But really, this is a dynamic, rapidly changing event, and the news can change at any given moment.’

‘We know the steps to take right now to contain it,’ he assured.