A man in Rhode Island who accused Brett Kavanaugh of sexually assaulting his friend has been referred for criminal investigation and recanted a statement a day after the Supreme Court nominee denied the allegation.

The person reported an incident where his ‘close acquaintance’ said she ‘was sexually assaulted by two heavily inebriated men she referred to at the time as Brett and Mark’ on a boat in Newport in the summer of 1985.

A new 45-page document dated September 25 reveals Kavanaugh was questioned about it Tuesday afternoon in a telephone call.

Chairman Chuck Grassley sought a criminal review of the actions by a named individual, whose identity was protected.

‘As explained below, I write today respectfully referring Mr. for investigation of potential violations of 18 U.S.C. §§ 1001 and 1505, for materially false statements [the unnamed man] made to the Committee as part of its investigation of allegations against Judge Kavanaugh,’ Grassley wrote in a letter from the United States Senate Committee on the Judiciary on Saturday.

The complaint was made to Senator Sheldon Whitehouse’s office Monday and the Committee spoke with Kavanaugh as soon as the following day for questioning.

Grassley’s letter states the man got in touch about the rape incident that took place on a boat in Newport when he saw a picture of Kavanaugh in his high school yearbook last weekend.

‘At 7:51 pm that same evening, [the unidentified man] “recanted” and apologized for his allegation via social media,’ Grassley added in the letter.

‘The Committee is grateful to citizens who come forward with relevant information in good faith, even if they are not one hundred percent sure about what they know. But when individuals provide fabricated allegations to the Committee, diverting Committee resources during time-sensitive investigations, it materially impedes our work. 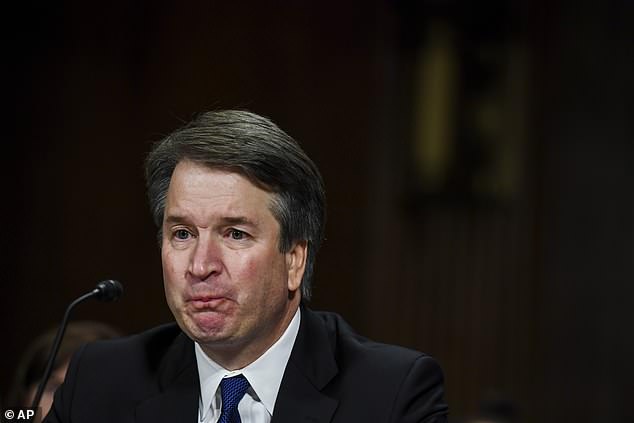 Kavanaugh denied allegations and the accuser recanted his statement saying on Twitter, he had ‘made a mistake’

Despite the name of the person not being officially revealed, Heavy.com linked him to a moniker that posted a retraction on Twitter.

‘Everyone who is going crazy about what I had said I have recanted because I have made a mistake and apologize for such mistake,’ an account using the name Jeffrey Catalan said after the story came out Wednesday.

Other posts on the account that only date back to June 26, show negative views of the Trump administration.

Kavanaugh had told investigators in the transcript: ‘I was not in Newport, haven’t been on a boat in Newport. This is just completely made up, or at least not me. I don’t know what they’re referring to.’ 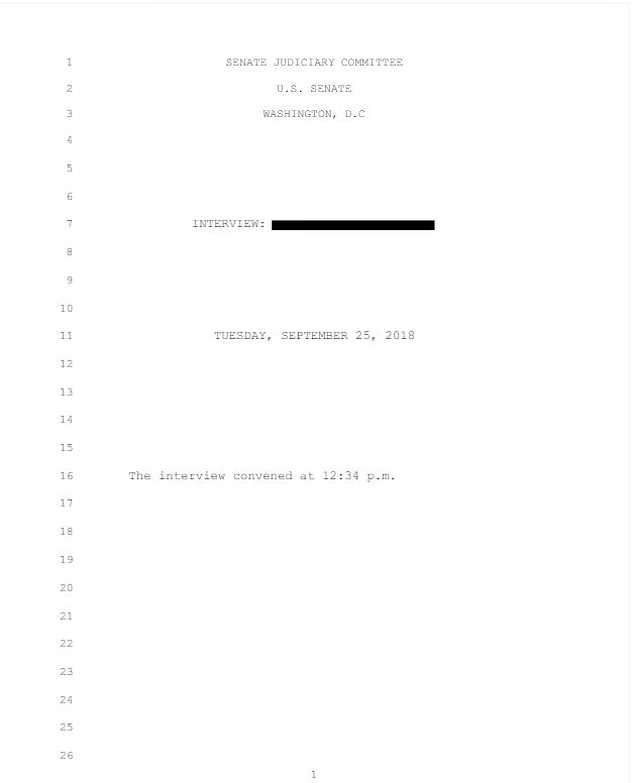 Then in another claim, the judge was said to have sexually assaulted a woman in 1998 at a bar in Washington DC.

‘They were all shocked when Brett Kavanaugh shoved her friend against the wall very aggressively and sexually,’ the transcript reads about a woman complaining in a letter to Colorado Senator Cory Gardner on behalf of her daughter.

‘There were at least four witnesses, including my daughter. Her friend (still traumatized) called my daughter yesterday (Sept 21, 2018) wondering what to do about it. They decided to remain anonymous.’

The woman claims Kavanaugh was dating her daughter’s friend at the time but he denied the recent allegations.

He said in a phone call: ‘We’re dealing with an anonymous letter about an anonymous person and an anonymous friend. It’s ridiculous. Total twilight zone. And no, I’ve never done anything like that.’

Both accusations came ahead of his hearing about Christine Blasey Ford Thursday.

She accused him of sexually assaulting her in the 1980s, which is has denied. He is now the subject of an FBI investigation into his background.