Common antibiotic doctors say could give you organ failure

The threat posed by the overuse of antibiotics is becoming increasingly worrying. Last week, a Public Health England report warned that antibiotic-resistant superbugs – resulting from prolific prescriptions – are now killing more than 2,500 Britons every year.

Given the endless headlines, it’s safe to assume most British patients are now aware that large quantities of the pills are best avoided. But alongside this well-known crisis, there’s another, hidden danger that’s destroying the lives of thousands.

Leading medics have warned that some antibiotics, prescribed to more than a million Britons for chest and urine infections, are resulting in devastating, permanent side effects including kidney failure, chronic pain and damage to nerves in the brain.

Doctors from the European Medicines Agency say the drugs, including ciprofloxacin and levofloxacin, are being dished out far too readily, when they should only ever be used as a last resort.

While they do clear up infections, a growing body of evidence shows the side effects occur more frequently than originally thought – and can be life-changing.

Common complications of these drugs include an inflamed or ruptured tendon, nerve damage in the brain (leading to depression, anxiety and insomnia), digestive problems, fatigue and damage to the major organs and joints.

New guidance, published this month, argues for severe restriction of the drugs – and for both patients and healthcare professionals to be made aware of ‘the disabling and potentially long-lasting side effects’.

The drugs in question are fluoroquinolones and quinolone antibiotics. They work by targeting an enzyme in the cell of a bacteria which stop it replicating its DNA. By not being able to carry out this process, the bacteria are destroyed.

These antibiotics are very effective, but are able to penetrate tissues throughout the body, including those in the nervous and musculoskeletal system. This can cause damage to normal tissues and result in many complications. 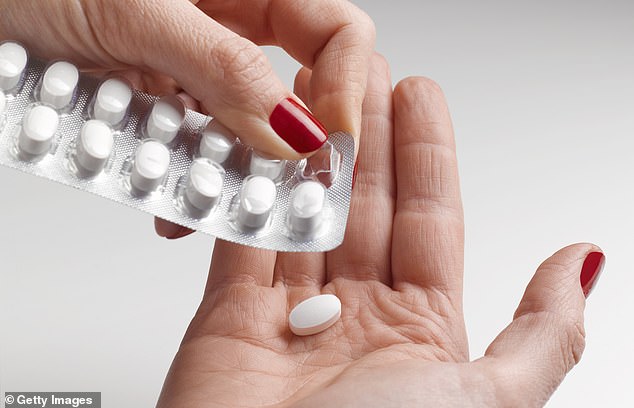 ‘These antibiotics were originally developed to treat major life-threatening infections including sepsis, E.coli and anthrax,’ explains Dr Neal Millar, an orthopaedic surgeon based at the University of Glasgow’s Institute of Infection, Immunity and Inflammation, who spoke at a public hearing held by the European Medicines Agency in June.

‘But common quinolones such as ciprofloxacin and levofloxacin are now prescribed for much more common conditions such as cystitis, prostatitis [inflammation of the prostate gland] and some chest infections. ‘They are not meant for that level of infection and are being vastly over-prescribed,’ adds Dr Millar. Latest figures estimate that last year, more than 675,000 of these drugs were prescribed in the UK by GPs, with a similar number administered in hospitals.

Stark reminder of the danger of over-prescribing

All medicines, including antibiotics, come with risks alongside any benefits. This story is a blunt illustration of this. A medicine with known serious side effects should not be the first option if other options are available, and potential complications should be discussed in detail with patients.

Thankfully, guidelines in the borough where I practice as a GP do not suggest ciprofloxacin in any eventuality: there are five alternative antibiotics used as protocol for urinary tract infections.

Nevertheless, antibiotics are still being over-used and the threat of resistance continues to grow, with ever increasing rates of nasty, antibiotic-resistant infections. Despite the warnings, data from Public Health England show that 38 per cent of people still request an antibiotic from doctors for infections that require no treatment.

Revelations about these serious side effects are a stark reminder of how dangerous an unwarranted antibiotic prescription can be.

Experts say this is concerning given the number of people who appear to suffer sometimes devastating side effects – estimated to be ten to 15 per cent. And this is not a new phenomenon: adverse reactions on the tendons, for example, have been known about since the early 2000s.’

Dr Millar says he speaks to an ever-growing number of patients who have been ‘floxed’ (as they are known in the support group community) and suffered tendonitis – where the cells of the tendon break down. He says: ‘The published literature would say about one to three per cent of complications are caused by these drugs.

‘But I would say that it is more likely to be ten to 15 per cent because GPs or patients might not think the antibiotic was the cause and so don’t report it.’

Miriam Knight co-founded the group Quinolone Toxicity Support UK three years ago when her husband Phil’s health deteriorated after taking ciprofloxacin for a urinary tract infection. The group now has more than 100 members.

‘Most doctors in the UK, Europe and US have never heard of fluoroquinolone toxicity,’ says Miriam.

Another who is only too aware of the side-effects is mother-of-two Debbi Kinrade, 57, from Northamptonshire who for six years has been living with the consequences of taking ciprofloxacin.

She was prescribed the drug in 2012 for a urinary tract infection. After the first tablet of a five-day course she felt run-down. She developed pain in her feet and Achilles tendons, and for a time had to use crutches to walk.

She says: ‘For three years I couldn’t even stand up straight. I suffered appalling headaches, nightmares, panic attacks and anxiety. My hair fell out.’

Debbi slowly got better. But she still suffers with problems ranging from gut issues to losing mobility in her hands that she can trace back to that time. She says: ‘I have had to accept that is who I am now.’