Nutrients found in Brussels sprouts, shellfish and oranges could help fight the early stages of schizophrenia and other psychotic disorders, a study says.

The study, from the University of Manchester and Western Sydney University, showed certain supplements could improve classic treatments for psychotic illnesses, as long as they were taken early.

That means supplements like the amino acid taurine, found in many common foods, could improve mental health – although the reasons why are still unclear.

A researcher from the study is now launching a clinical trial to test the hypothesis.

The team used data from eight independent clinical studies, which looked at nutrient supplementation in 457 young people in the early stages of a psychotic illness.

The antioxidants n-acetyl cysteine and vitamin C were also effective. Researchers believe this is because they help resolve ‘oxidative stress’, which occurs when the body cannot process oxygen regularly.

However, omega-3 – often touted as an important brain supplement – was not conclusively linked with reducing the psychosis symptoms.

‘Nutrient supplementation in the treatment of mental illness is something which can be surrounded by both cynicism and “hype”,’ Firth said.

‘We conducted this review just to see if there is any ‘real evidence’ if such nutrients can actually help young people with psychosis.

‘Certainly, there is early indication that certain nutrients may be beneficial, not to replace standard treatment, but as an ‘add-on’ treatment for some patients.’ 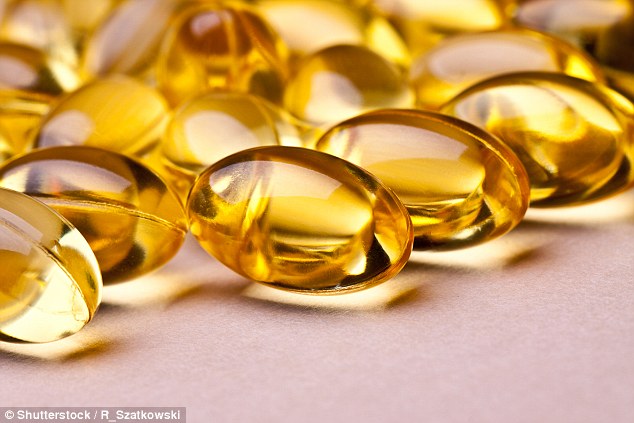 Omega-3, often touted as an important brain supplement, wasn’t found to be effective

Figures suggest around 1 per cent of the world population suffer with schizophrenia, with 220,000 diagnosed in England and Wales and around two million in the US.

Seven in ten hear voices at some point, making auditory hallucinations of the most common symptoms.

These voices, may be ‘heard’ as having a variety of different characteristics, for example as friendly or threatening.

Hearing voices – known as ‘verbal hallucinations’ – is highly distressing and a third of patients do not respond to medications.

The researchers do not think their study is conclusive and are looking at better ways to confirm or disprove their initial results.

‘We have to be careful to replicate the results of these initial studies before jumping to firm conclusions’ Dr Firth said.

His team are launching a clinical trial using a supplement containing all the nutrients they found were effective in the early stages of psychosis.

‘Certain individual nutrients, like taurine, do appear to be beneficial for young people with psychosis.

‘We are now particularly interested in examining if we can combine multiple beneficial nutrients into a single supplement, and give this to young people with psychosis, alongside their regular medications and therapies.

‘We believe this may further support their recovery, and will be testing this approach later in the year.

‘We will be testing this in Sydney, Australia in 2018, to learn more about the potential role of nutrition in mental health for the future,’ Dr Firth told MailOnline.