Commonwealth booze-up: Athletes hit the town as revellers show support (but some celebrate TOO hard)

Commonwealth booze-up: Athletes hit the town as revellers dressed in flags and their nations colours support their teams (but some celebrate a little TOO hard)

Extra police were drafted in to Birmingham city centre last night to look after Commonwealth Games revellers and competitors alike.

One trio of athletes from Barbados, Guyana and Jamaica coolly wandered down the street outside a popular nightclub, while a group of Aussies posed for a happy snap, one wearing a giant pair of plastic glasses.

But many partygoers had to take a rest on the ground after enjoying their night a little too much.

Other revellers were given a helping hand home by their friends.

A trio of athletes from (left to right) Guyana, Barbados and Jamaica are pictured walking past a nightclub in Birmingham yesterday evening, wearing their Commonwealth Games badges. Some revellers needed an urgent helping hand to get home 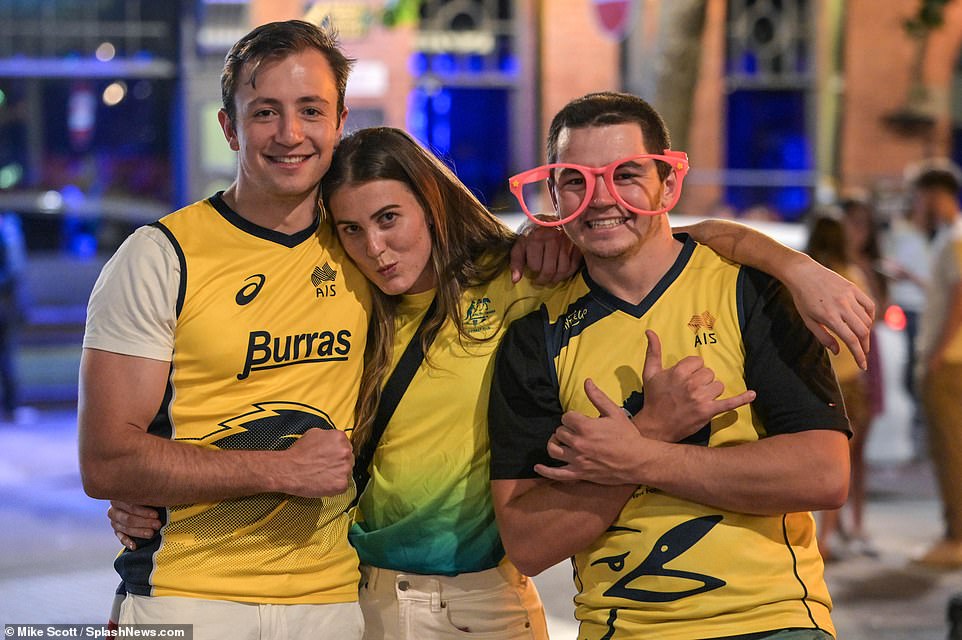 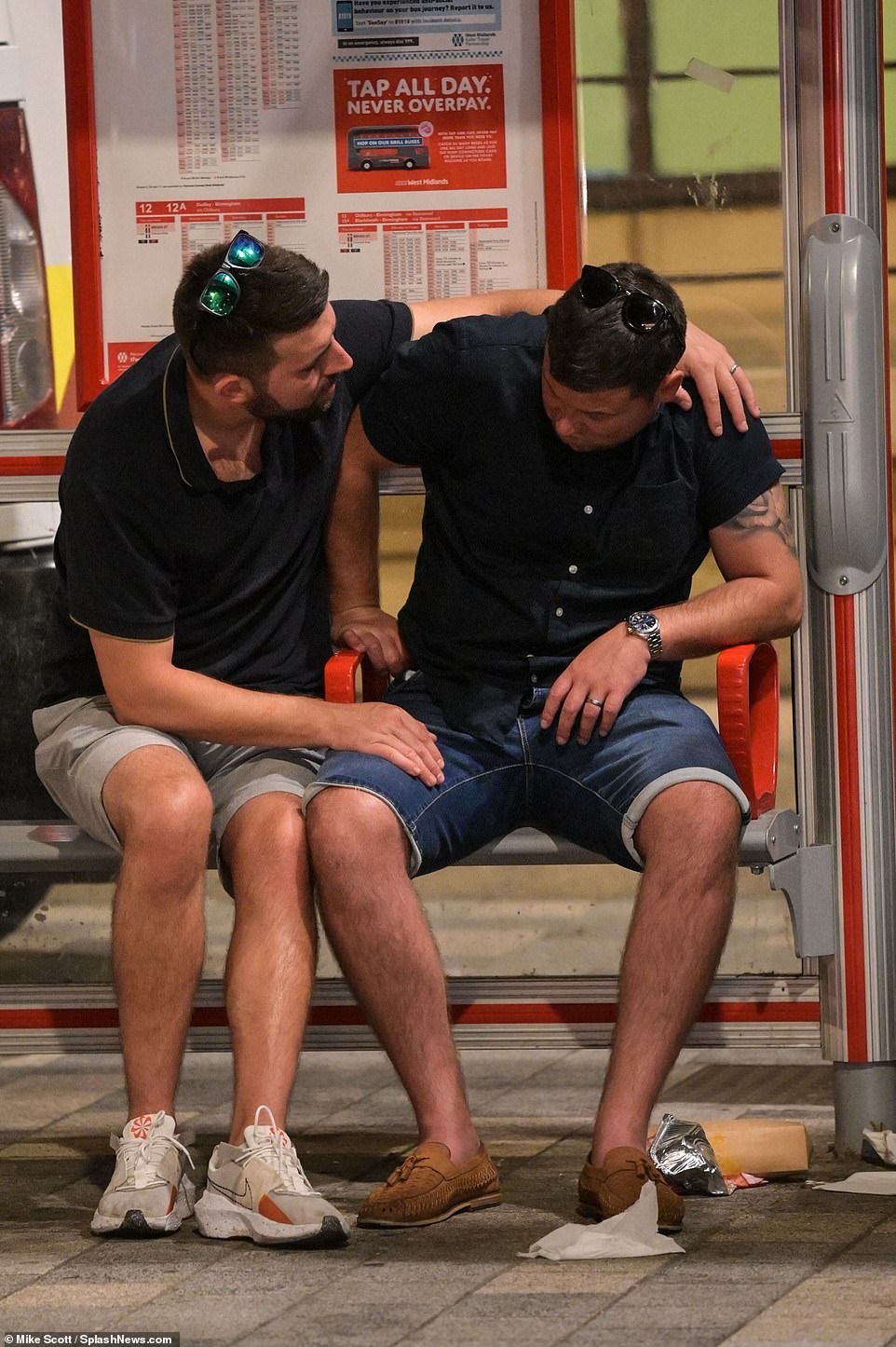 Other revellers struggled to stay in control, with a pair of men at a bus stop pictured having a somewhat hard time yesterday 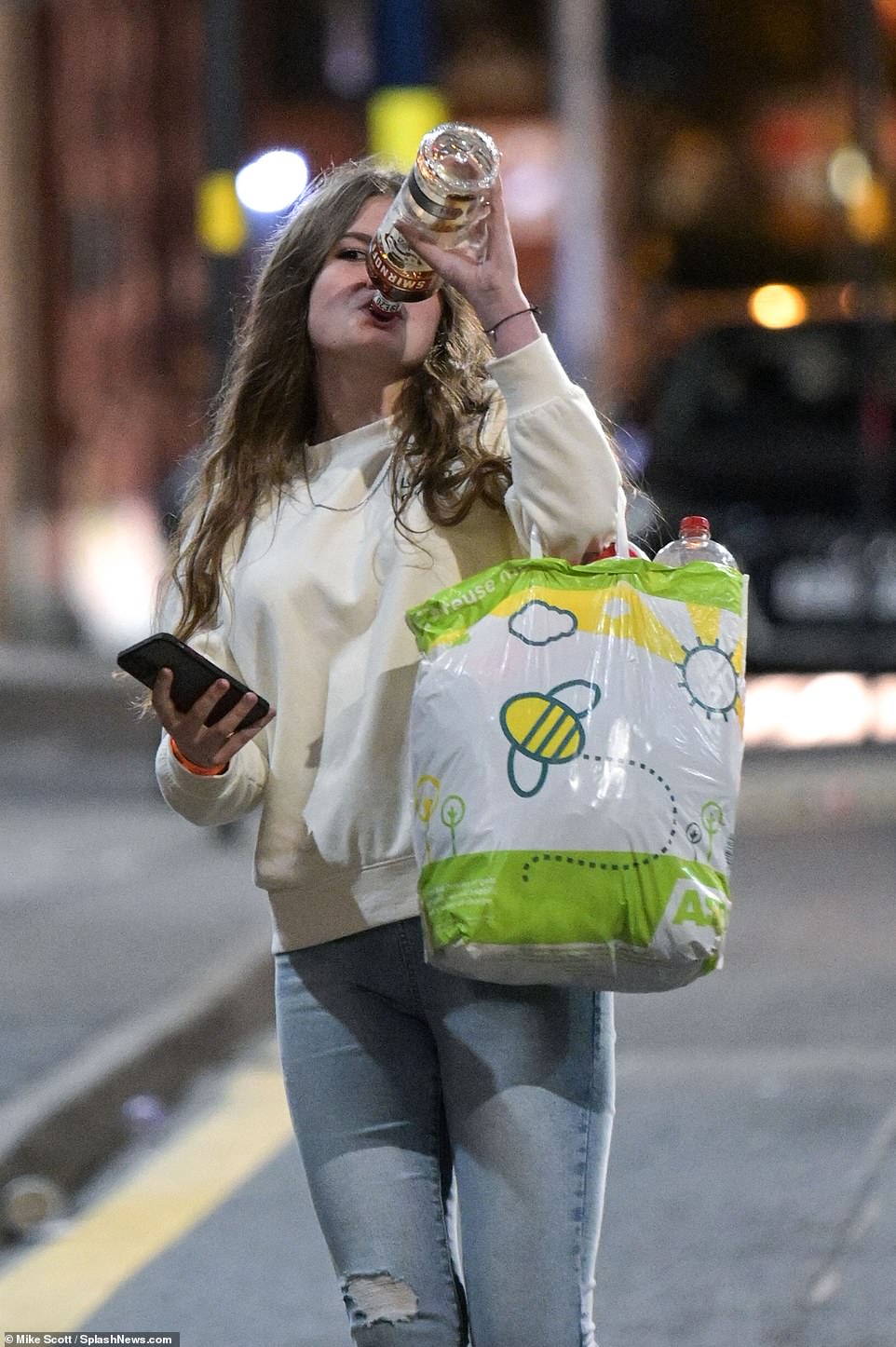 Not all those pictured celebrating the city’s moment in the spotlight appeared to be athletes, with one woman letting loose 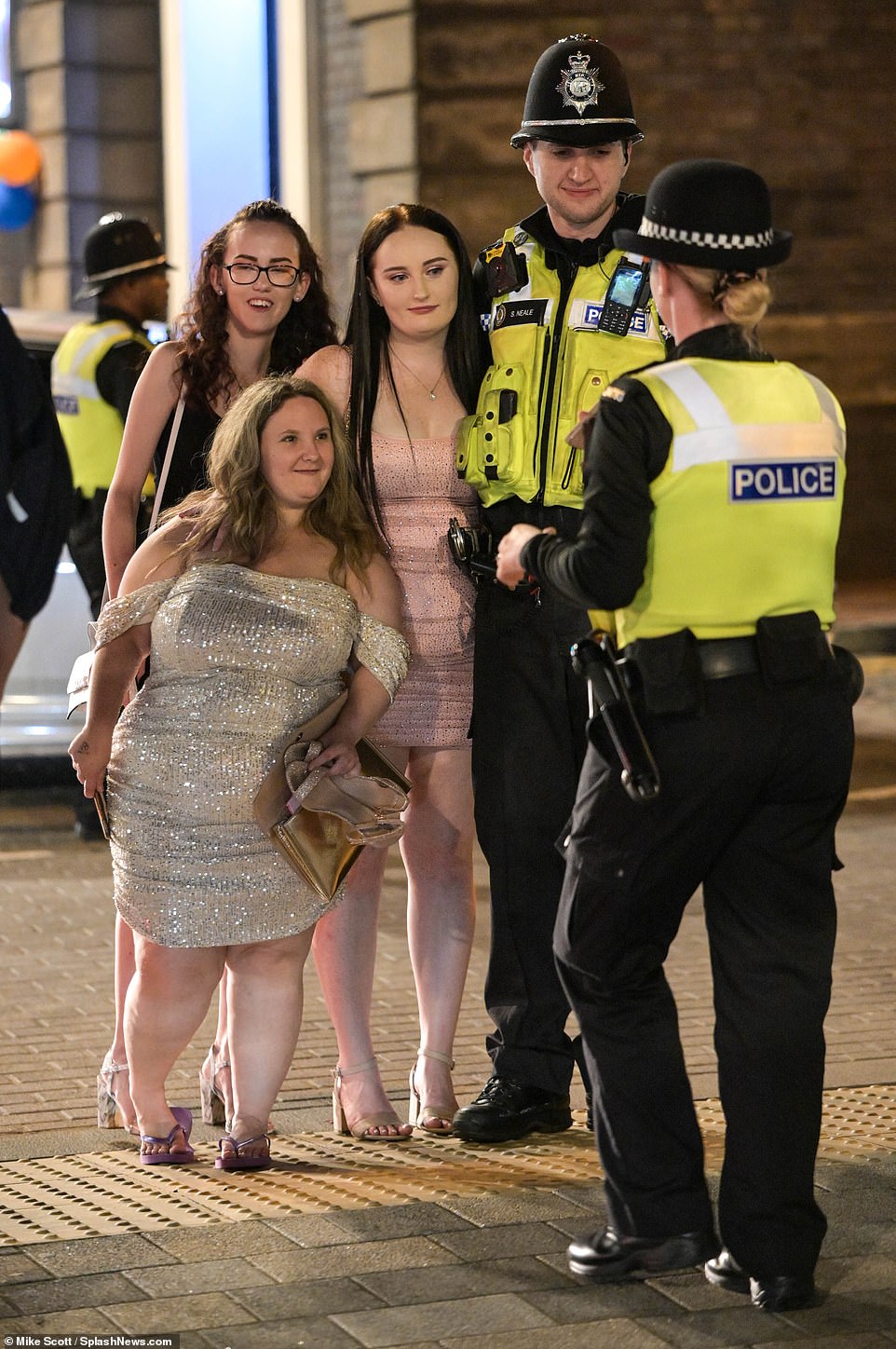 One police officer poses with a group of girls as another takes their picture, showing her phone to check that it’s okay 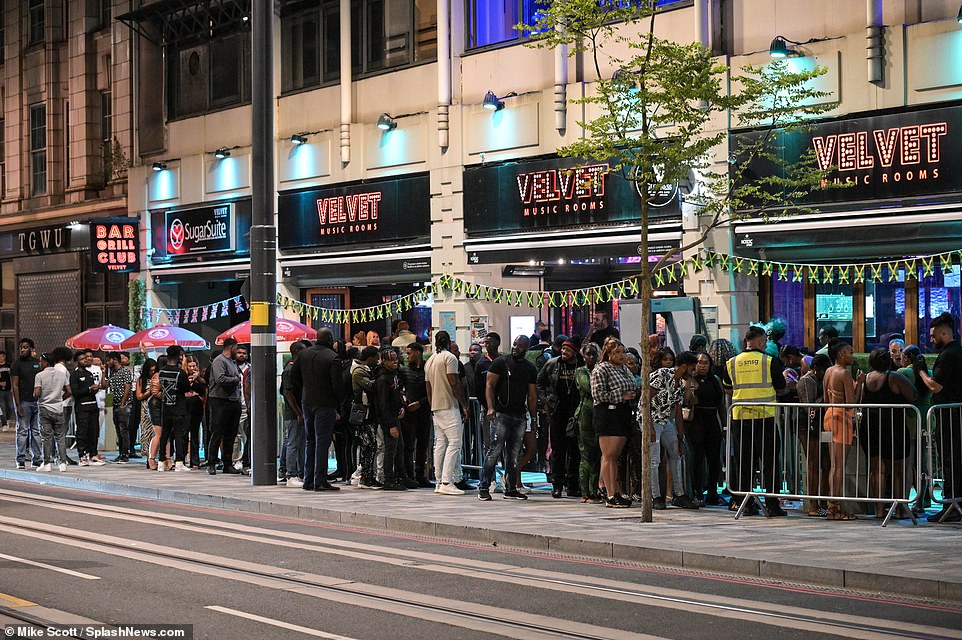 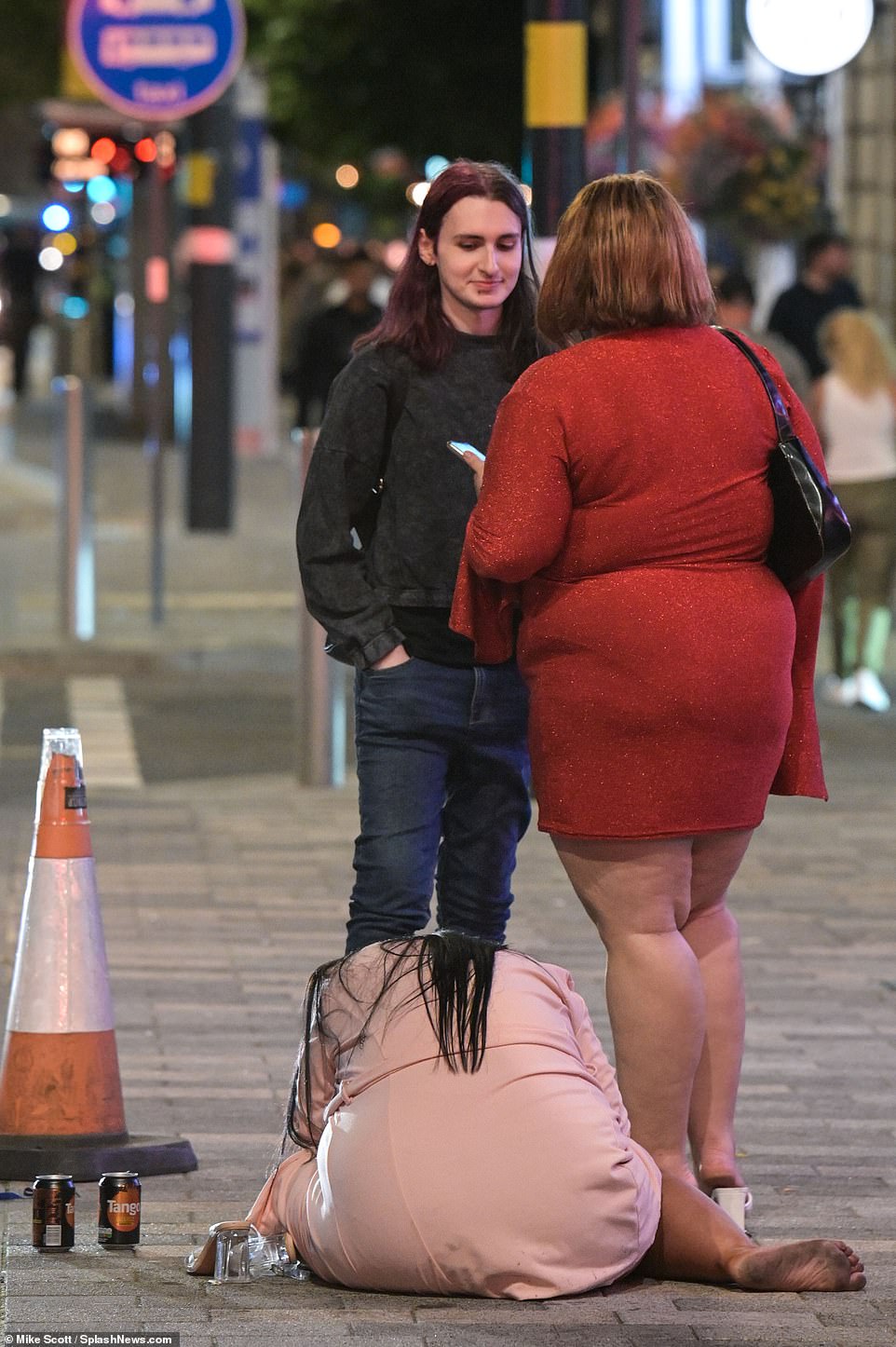 Two cans of Tango accompany an ailing woman who has taken off her high heels late in the night, where revelry was common 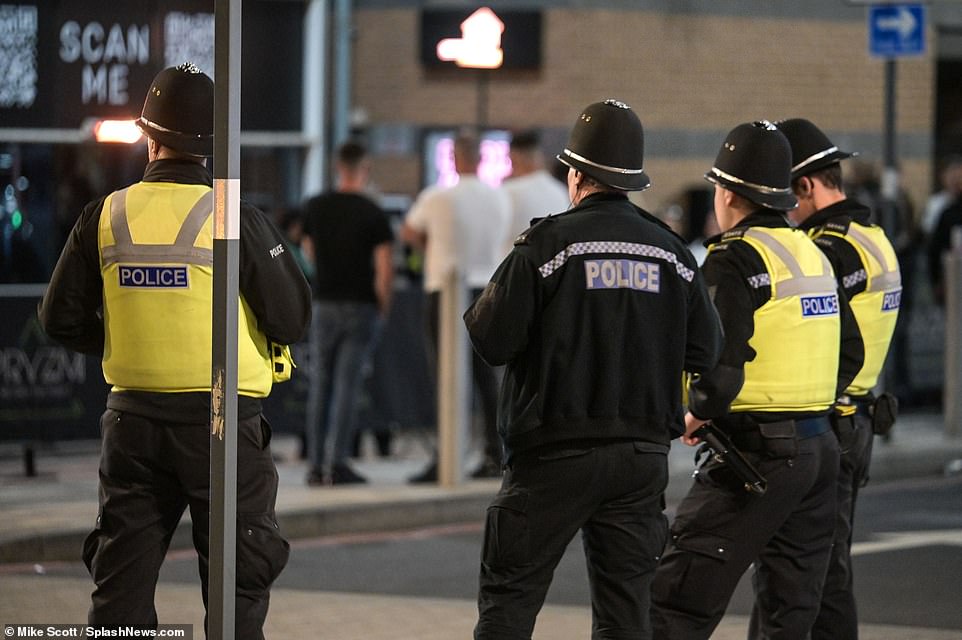 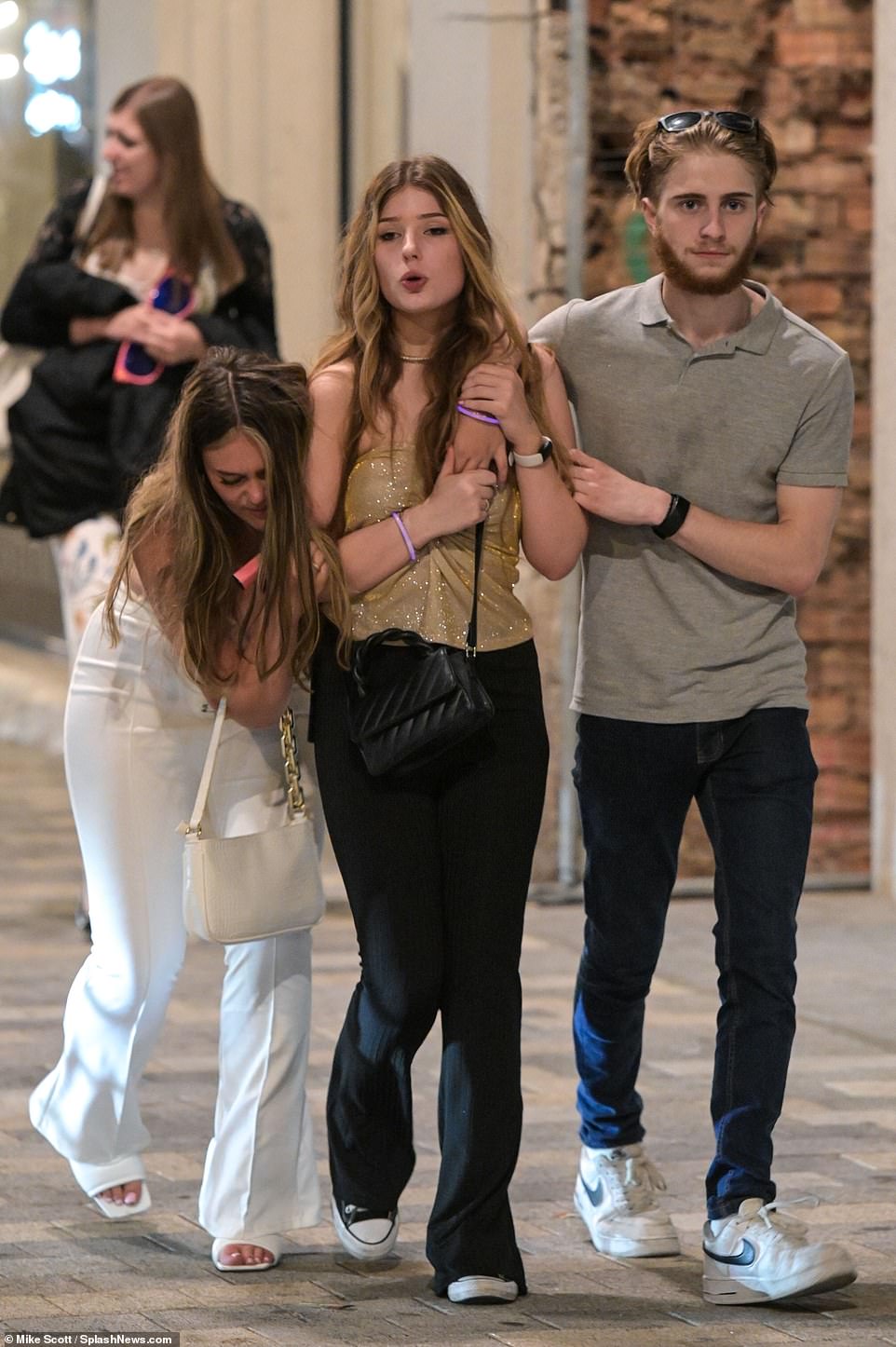 Three youngsters walk home down Broad Street after what appeared to be a heavy night, handbags barely in tow 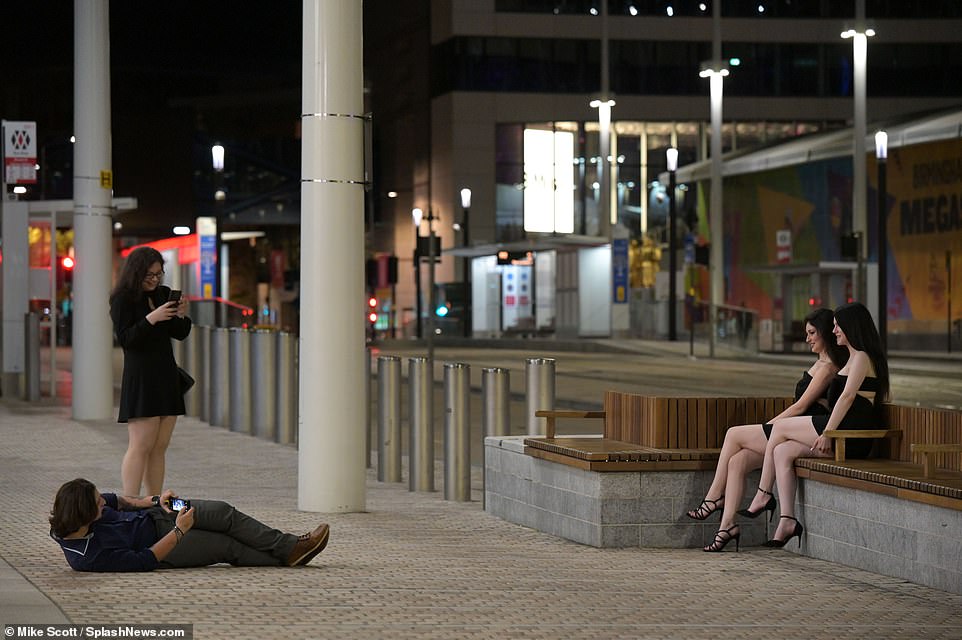 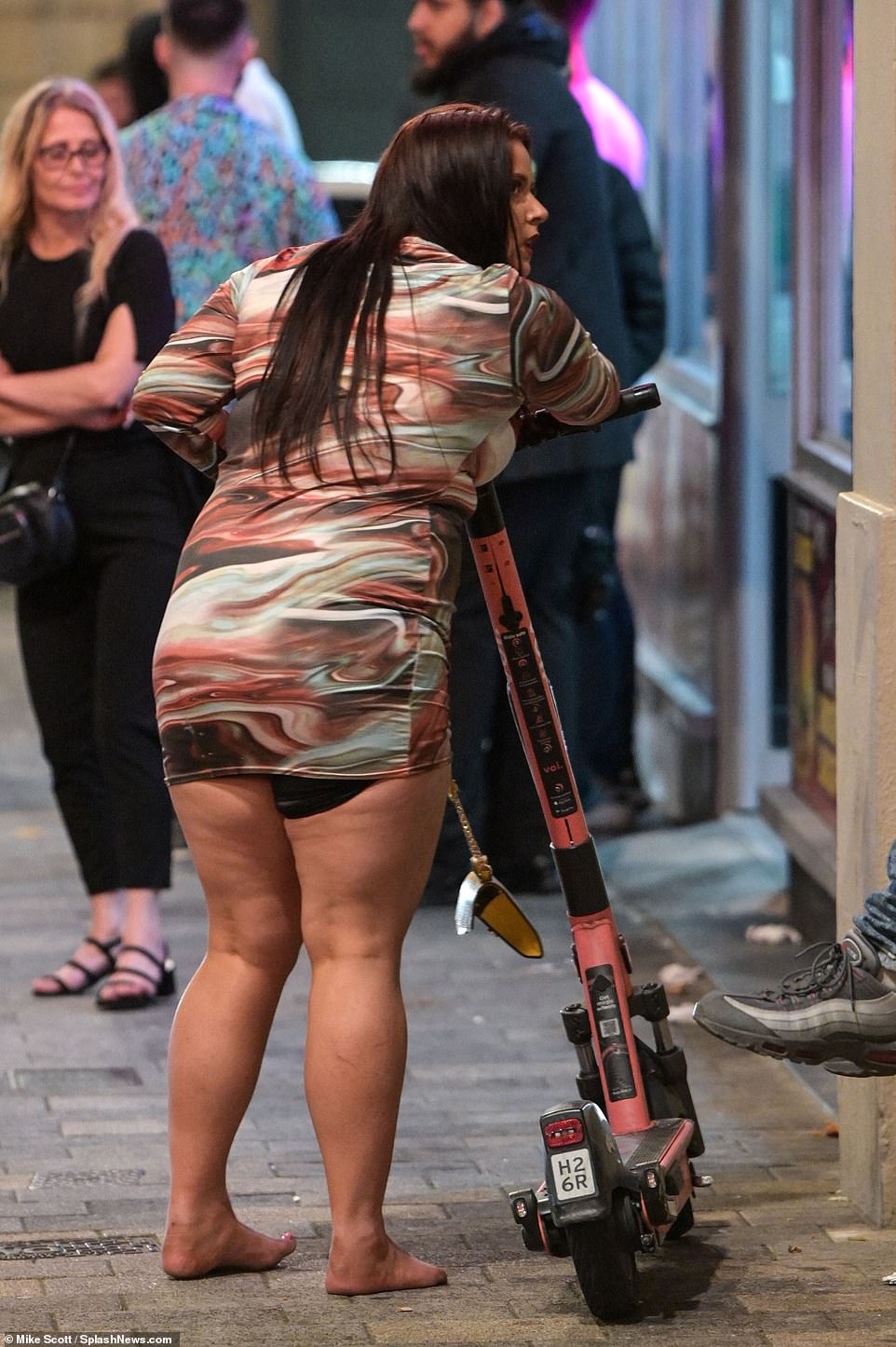 E-Scooters aren’t yet a common fixture of city centre nights out, but this woman, who lost her heels, was an enthusiastic user 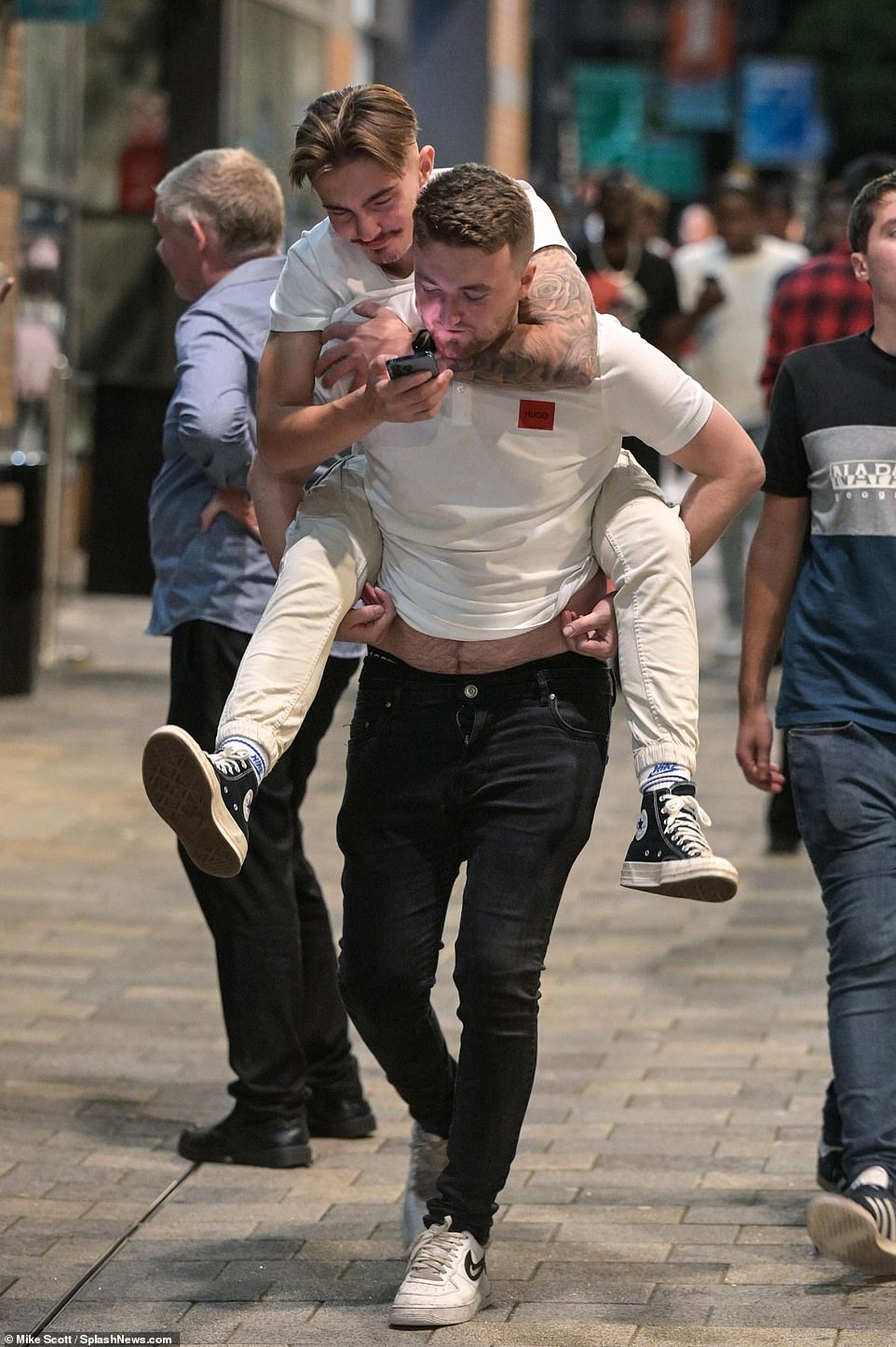 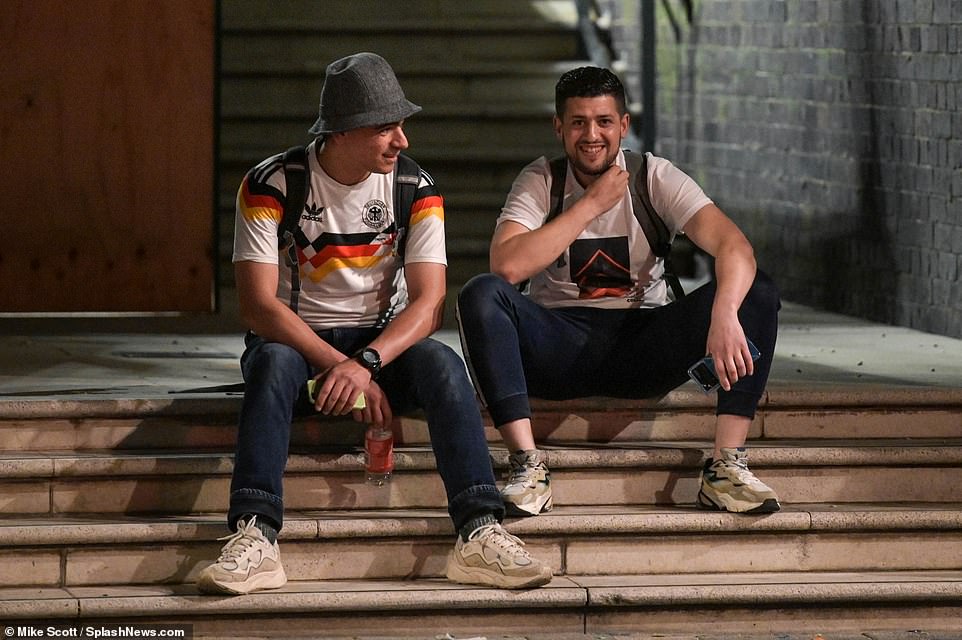 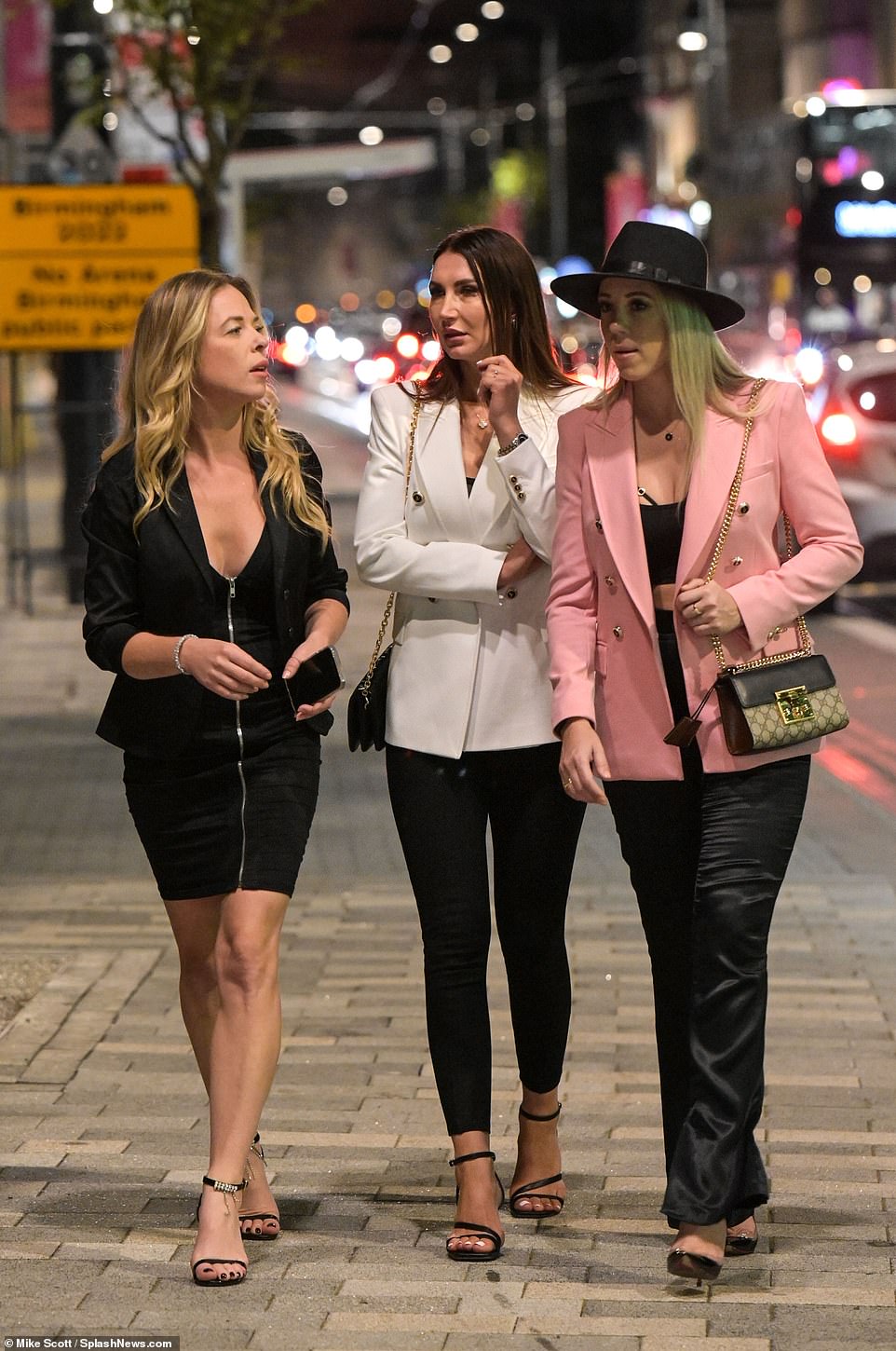 Not all revellers on Broad Street last night were worse for wear, with this trio of well-dressed woman appearing well in control