The Gold Coast Commonwealth games are only five days away but across the nation a last minute nationwide search has been launched to find enough security guards to cover the international event.

Over the last few days advertisements for security guards have popped up across job sites and social media as the frantic search for licensed personnel is posted across the continent.

Some of the adverts offer over $5,000 for three weeks of work with both travel and accommodation covered, The Daily Telegraph has reported. The adverts for security guards have been posted by multiple companies and are targeted at interstate personnel.

‘A great opportunity currently exists for Interstate Security Professionals to be part of the largest sporting event in Australia this decade!’ an advert posted four days ago reads.

‘We need guards registered by Sunday 1 April and fly out on Tuesday 3 April,’ read another posted only a day ago.

‘Guards are required for the entire duration of the games. If you go you will be flown out on Easter Sunday or Monday,’ reads another.

But a furious Games boss Peter Beattie has slammed the last minute ditch effort to keep the games safe.

He said the advertisements raised legitimate questions about security but stressed that enough personal had already been employed for the games and that all of them had gone through rigorous police checks. 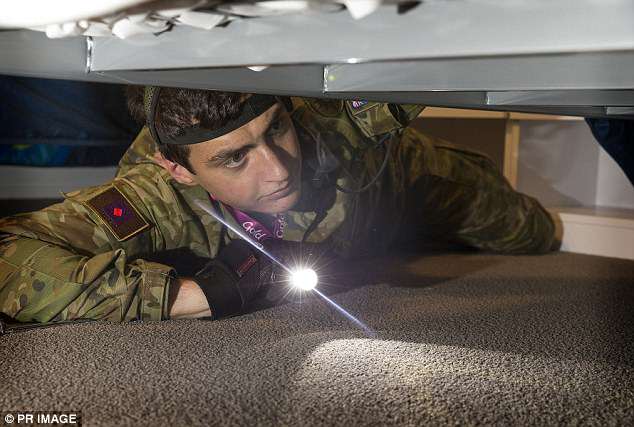 ‘The ads were bloody unhelpful, frankly, and they sent the wrong signal and I’m not very happy with the subcontractors who advertised them,’ Mr Beattie said.

‘They should pull them down because it’s not in the spirit of what we decided. They should nick off. That just sends the wrong impression … they are not consistent with what we need and they’ve been told to take them down.’

While many of the advertisements say that the applicant will be required to start work in the next few days Mr Beattie has said the guards hired in the coming days will be employed to work once the event is over. Guards will be posted in the city for almost a month after the event finishes to ensure the cities transitions back to normal smoothly.

Around 1.5million people are expected to attend the event, making it the biggest in Australia’s sporting calendar.

To protect the spectators about 4,300 security guards are needed and will supported by 2,000 defence force personnel and 3,700 police officers.

71 nations will be competing with more than 6,600 athletes and team officials representing their countries over the eleven day event.