A candlelight vigil will be held for the much-loved miniature pony fatally stabbed 41 times in a sickening attack as the desperate hunt to find his callous killer continues.

The Waitati community near Dunedin in New Zealand has been rocked by the death of 10-year-old pony Star, who was brutally attacked in his paddock on Sunday night and succumbed to his horrific injuries two days later.

Regarded as a cherished community icon who belonged to a little boy, a shrine of flowers and signs have begun to build outside Star’s paddock, where everyone is welcome to attend next Sunday night’s public vigil.

A candlelight vigil will be held on Sunday night to remember Star, a cherished community icon 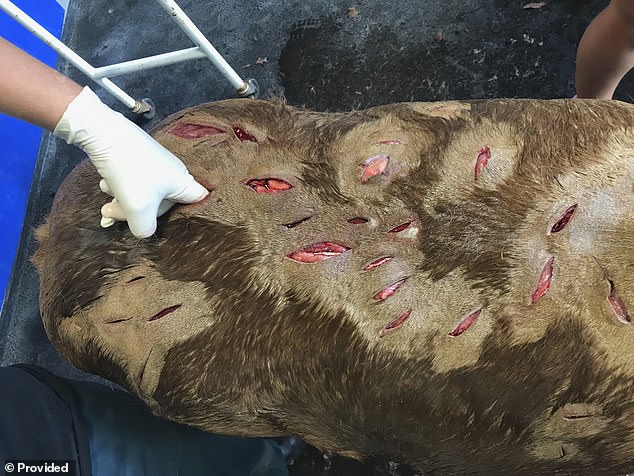 ‘People have been coming to me saying they’re scared and panicked, talking about moving away,’ she told the Otago Daily Times.

Dunedin mayor Dave Cull has since described the incident as ‘grave concern’  for the close-knit community.

The police investigation into the ‘deplorable act’ has been elevated to the Criminal Investigation Branch.

Detectives launched a heartfelt public appeal in their manhunt to track down Star’s killer, who remains on the run.

‘Police wish to thank all those in assisting in the inquiry phase of the investigation into the brutal injury and death of the dearly cherished and loved family pet and Waitati community icon Star the miniature pony,’ Southern District Police posted on  Facebook on Wednesday.

‘The information being provided is aiding the Dunedin Criminal Investigation Branch to progress the investigation into this deplorable act. Someone in the community will know who has done this and we encourage them to come forward directly to police or contact Crimestoppers. We need your help.’ 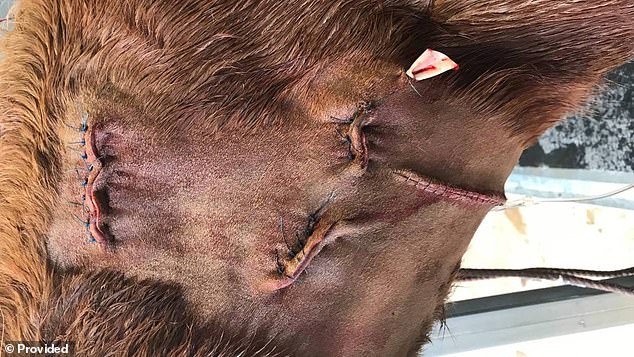 Horrific: The 10-year-old pony named Star (pictured with wounds) was brutally attacked in his paddock on Sunday night in Waitati near Dunedin, New Zealand

‘Please, please do not ever give up looking for the the person/persons responsible for this pure act of evil. That poor wee soul would have suffered like nothing I could ever imagine,’ one woman commented.

Another added: ‘This is one of the most horrendous acts I’ve heard of. I hope the public get them before the law does and deals to them. It’s beyond cruel and wicked.’

A dogwalker followed a trail of blood down a road and found Star whinnying as blood gushed from his 10cm deep wounds on Sunday night.

The terrified animal was untied and had jumped over his fence in fear. 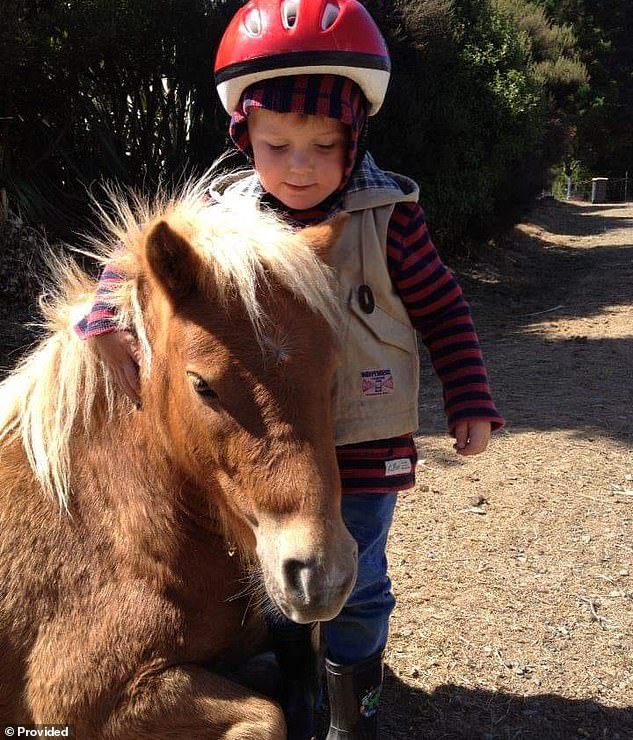 The man contacted the owner, Mandy Mayhem-Bullock, and they rushed Star to the Otago Equine Hospital about 40 minutes away.

The pony was admitted at around 2am on Monday before vets performed surgery for five hours.

Star was stabilised but his condition worsened and he died on Tuesday morning.

She said she had to take her devastated son and daughter out of school to break the bad news. 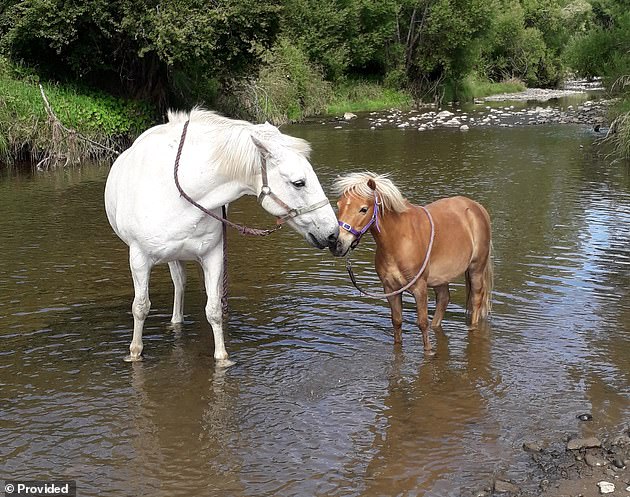 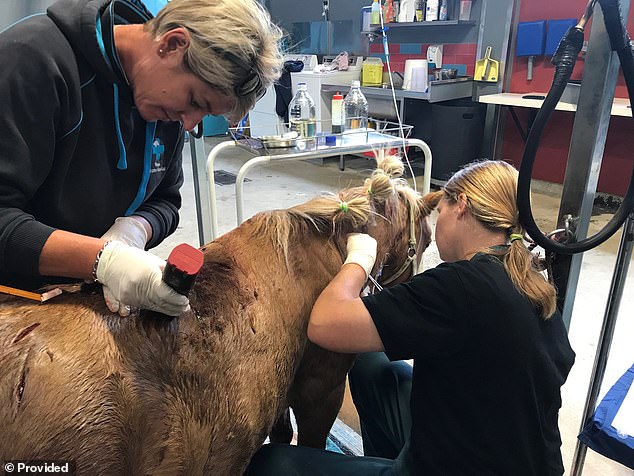 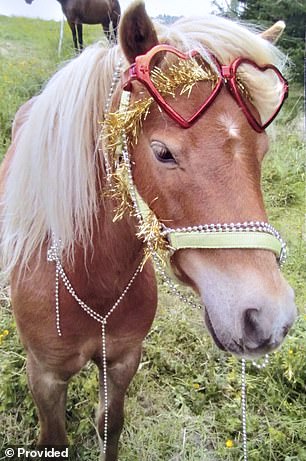 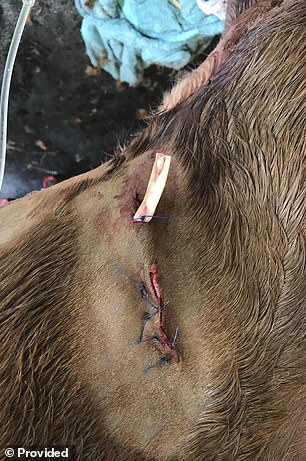 Vet Peter Gillespie said it was the most horrific thing he has seen in his 39-year career.

‘I could see he had multiple lacerations on both sides of its neck and all over his back. It was in shock and had lost quite a bit of blood,’ he told Stuff.

He said he initially thought it was a dog attack but noticed that the wounds were too clean and deep.

He believes more than one person attacked the pony.

‘They tried to sever the horse’s jugular,’ he said.

A vet report seen by Daily Mail Australia read: ‘Star was admitted around 2am for what appeared to be multiple injuries sustained from a dog attack. The pony was in shock having lost a significant amount of blood.

‘IV Fluid therapy was commenced and once he was stabilised, the wounds were dressed and bandaged in preparation for surgery later in the morning.’ 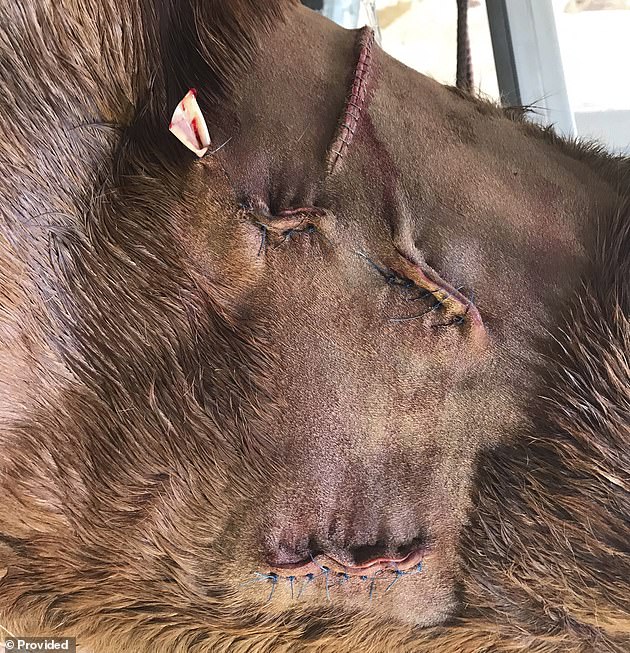 ‘Upon closer examination of the injuries at around 9am, it was apparent that they were not ‘teeth inflicted’ wounds; the wound margins were too straight and clean, meaning they could have only been caused by a sharp ‘knife-like’ instrument.

‘Many of the wounds are quite deep requiring the insertion of Penrose Drains.’

A family friend told Daily Mail Australia: ‘The family is naturally devastated and would like to say they appreciate all the support that has been given at this difficult time.’

Anyone who was in the area of Brown and Pitt streets in Waitati around midnight last Sunday and saw or heard anything unusual are encouraged to call Dunedin Police or call Crimestoppers on 0800 555 111. 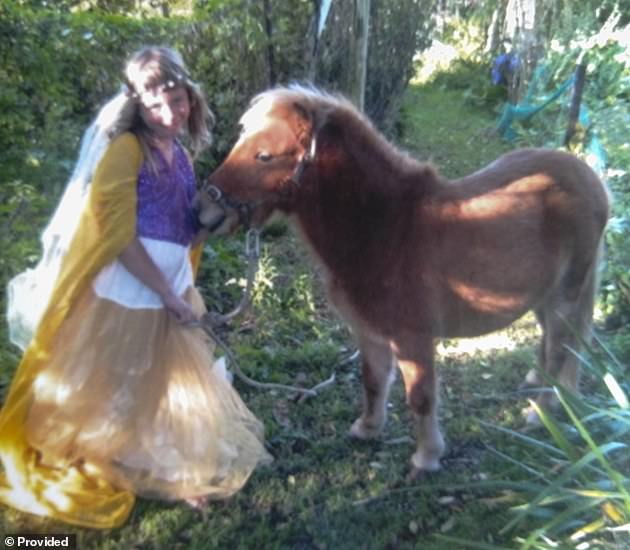 Despite the best efforts of vets, Star (pictured before the incident) died on Tuesday morning