Thousand of furious commuters were left waiting on the platform for as long as two hours after Sydney’s train network went into meltdown.

Passengers leaving work on Monday afternoon were warned of ‘significant delays’ after a train’s brakes malfunctioned near Museum Station.

But commuters were bemused that the delays ended up spanning hours – with many taking to social media to hit out at the public transport network. 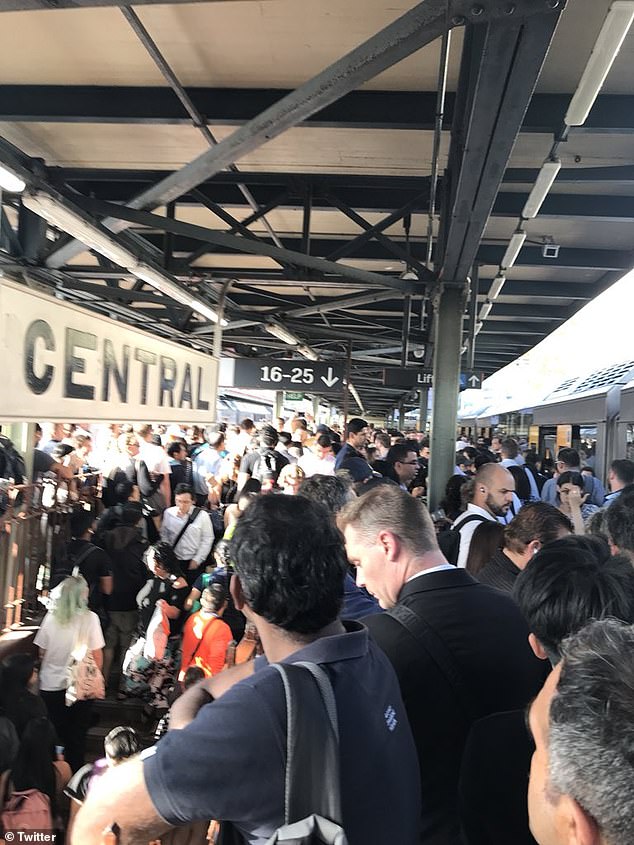 A malfunction saw a train halted near Museum Station, resulting in a massive backlog

The malfunction caused a bank back of other trains.

Passengers were still experiencing delays as late as 8pm, with a backlog of trains slowly making their way out of the city.

One woman wrote on social media that it took an hour to only travel three stops.

Two platforms at Central Station which usually operate City Loop services were closed due to ‘safety concerns’, with commuters overflowing at the station.

‘We are currently experiencing major delays,’ the network’s operators said. 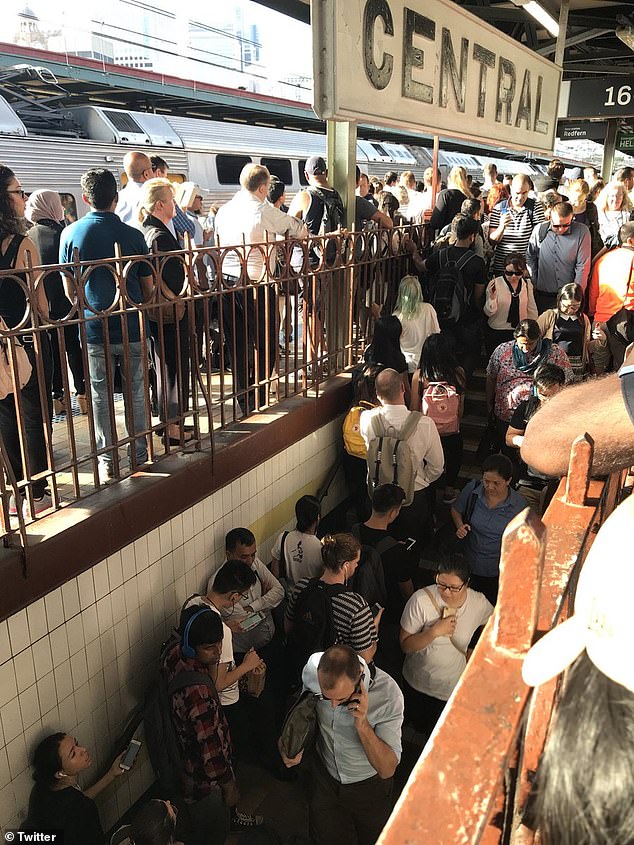 ‘We apologise for the barricades at the platform however due to safety reasons we will need to control the flow of people onto the platforms to avoid any injuries.’

According to live data, one-third of all services in and out of Sydney were delayed or cancelled entirely on Monday.

The shocking commute home follows an equally disastrous trip into the city in the morning, with a quarter of all services between 7am and 9am delayed.