Two crashes and a huge fire on the M40 have caused chaos for rush hour commuters.

The motorway is closed in both directions between Junction 15 and 16 in Warwickshire.

Highways England has urged drivers to avoid the area as it is likely to be closed for most of the day. 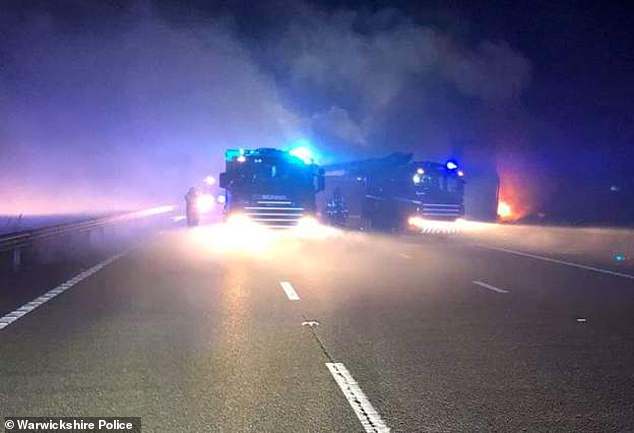 Fire crews are attending a severe lorry fire on the southbound carriageway.

Have you been caught up in the M40 chaos? Email your pictures to pictures@mailonline.co.uk

Crash scene: Flames were seen coming out of a lorry after it crashed on the M40 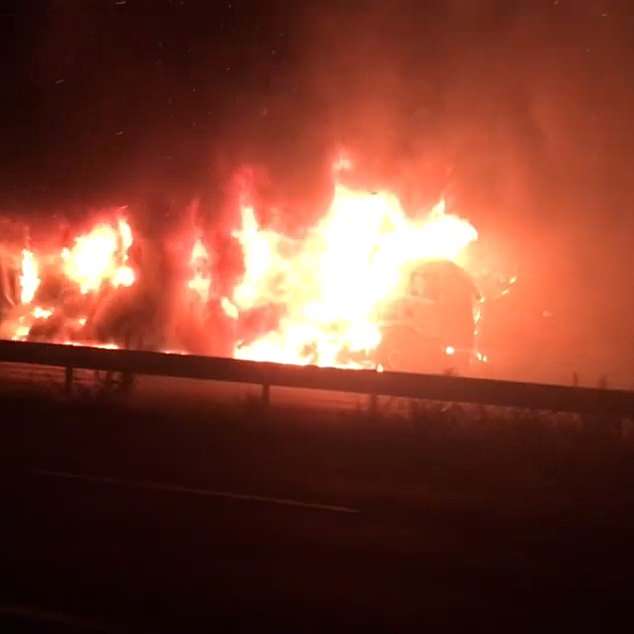 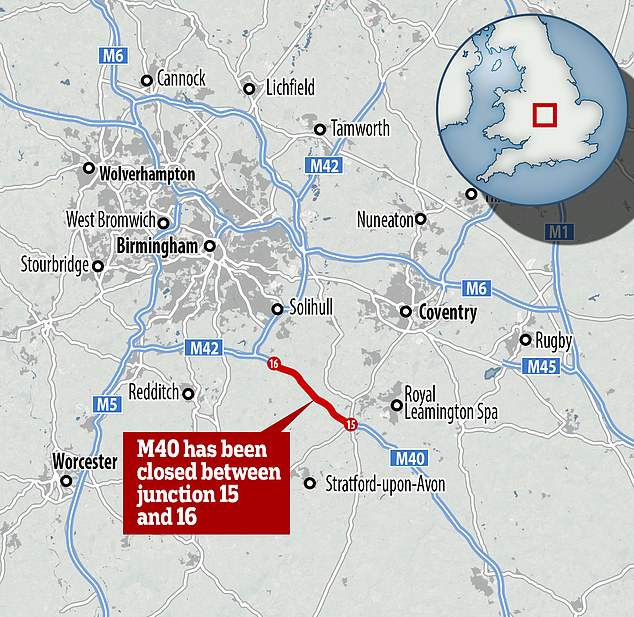