Over half of the 10 best commuter hotspots near London are located in picturesque Hertfordshire, new research has revealed.

Taking into account the cost of a season train ticket, house price affordability, the length of time it takes to travel to London by train and Office for National Statistics ‘lifestyle’ rankings, Cheshunt in Hertfordshire comes out top of the pile.

At the other end of the spectrum, and for the second year running, is Virginia Water in Surrey, where the cost of a home stands at over £1.1million and the average commute into London takes around 45 minutes, according to TotallyMoney.

Where would you like to live? 116 commuter hotspots around London have been ranked by TotallyMoney

For residents of Cheshunt, an annual train ticket to and from London costs in the region of £2,888. This sounds like a lot, but it is the fifth cheapest out of all the 116 locations reviewed in the findings.

Against London’s average property price of nearly £480,000, at an average of £384,248, Cheshunt’s property prices are also relatively affordable. The ONS gave the area a decent overall lifestyle ranking of 7.92 out of 10.

Coming in second place, with the same life satisfaction rating as Cheshunt, is Waltham Cross in Hertfordshire.

Here, commuters can expect to pay £2,028 for an annual season ticket and travel for around 28 minutes to get into London. But, house prices are slightly more expensive here, at around the £390,612 mark.

While Hertfordshire fared well in the rankings, Harpenden struggled and came in 114th out of 116 locations. An average property price tag of over £800,000 and annual season tickets prices close to nearly £4,000 dragged the area’s overall ranking down. 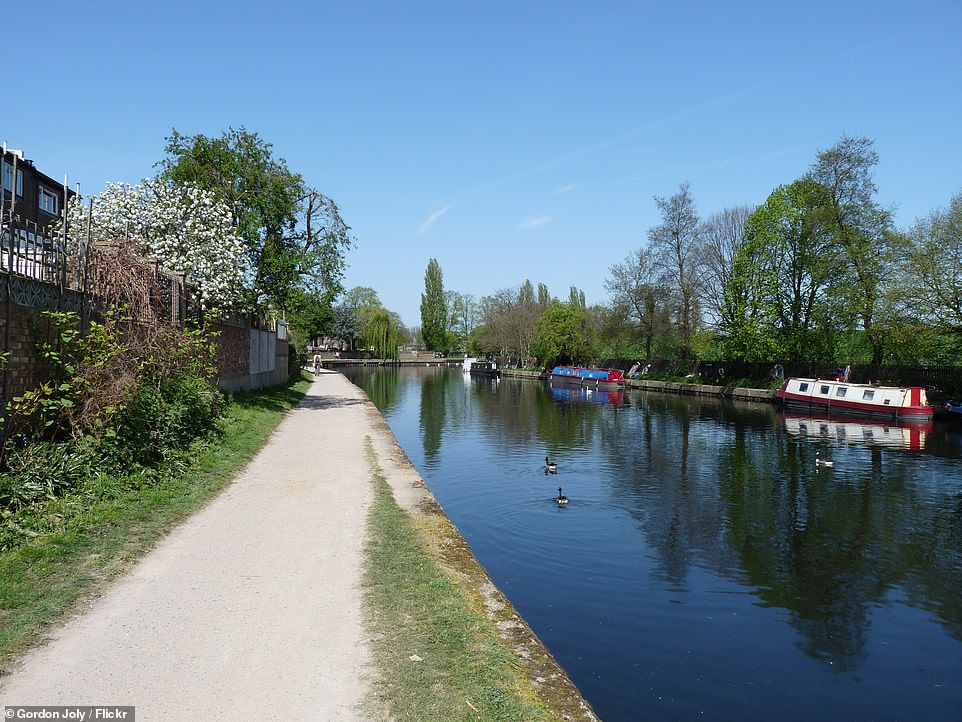 Number one: Cheshunt in Hertfordshire comes out top of the pile in the latest commuter rankings for workers in London 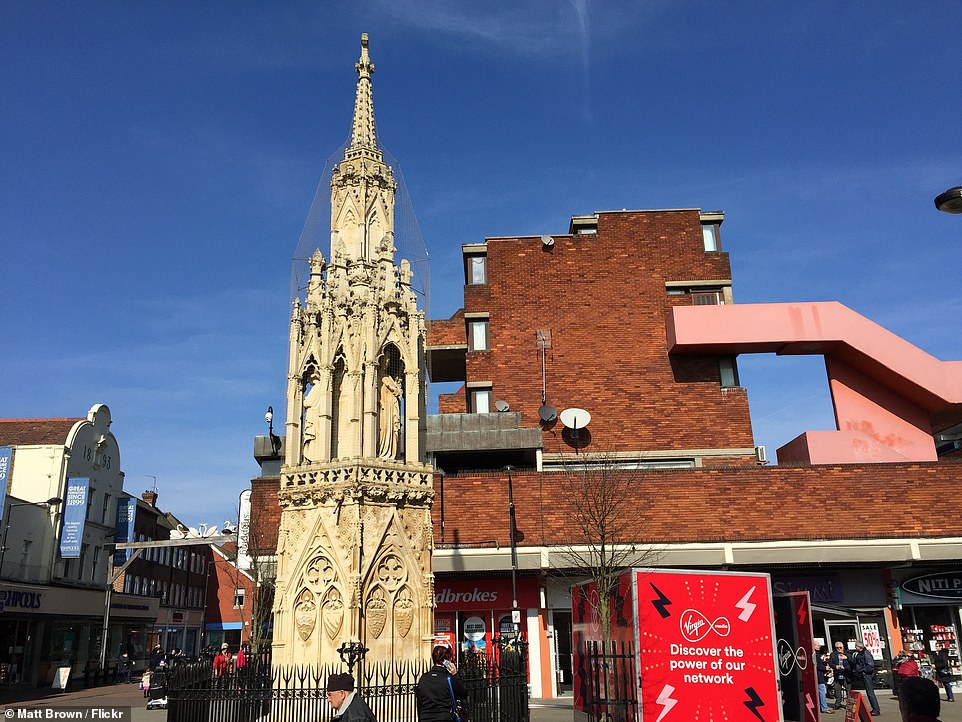 Second place: Coming in second place, with the same life satisfaction rating as Cheshunt, is Waltham Cross in Hertfordshire 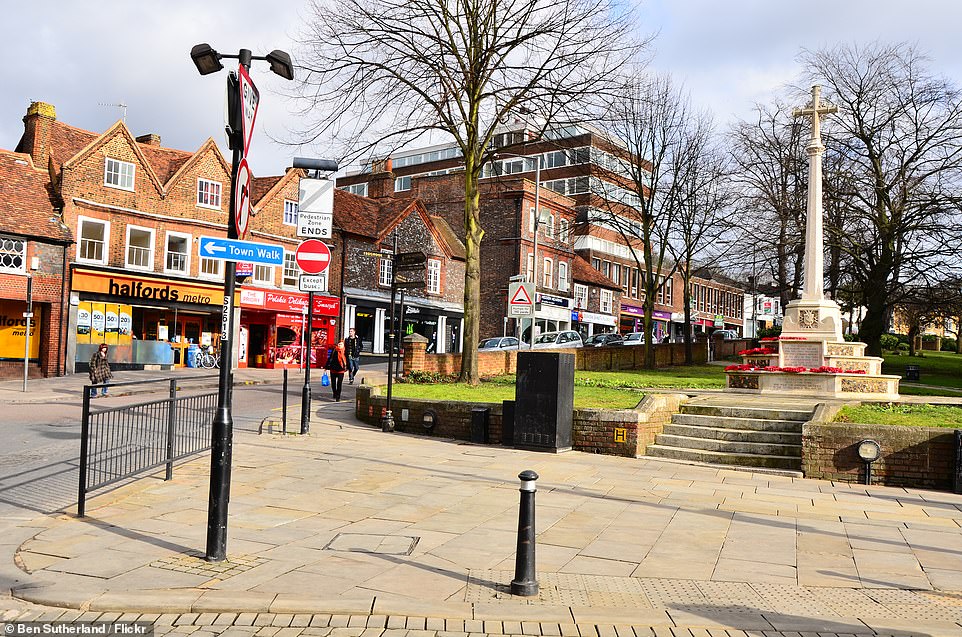 For affordable house prices, Peterborough, which is near Cambridge, could be the place to head for, with average property prices coming in at around £194,885. But, a commuter travelling between Peterborurgh and King’s Cross station in London can expect to fork out a whopping £8,000 on train costs.

If the thought of spending £8,000 on a season ticket makes you wince, Banstead in Surrey could be the place for you, with an annual train ticket to and from London coming in at £1,976, making it the most affordable option from a commuting perspective.

At the other end of the spectrum in the commuter cost rankings is Swindon, where an annual season tickets costs around £9,000.

Taking into account the ONS’ overall lifestyle rankings, within the top 25 hotspots, Basingstoke, Overton, Didcot Parkway near Oxford and Rayleigh all scored at least eight out of 10.

Mark Moloney, chief executive of TotallyMoney, said: ‘With London property and living prices showing no signs of cheapening, the study provides would-be homebuyers with data that can guide decisions on where to buy property, without sacrificing the excellent job opportunities only the capital can offer.’ 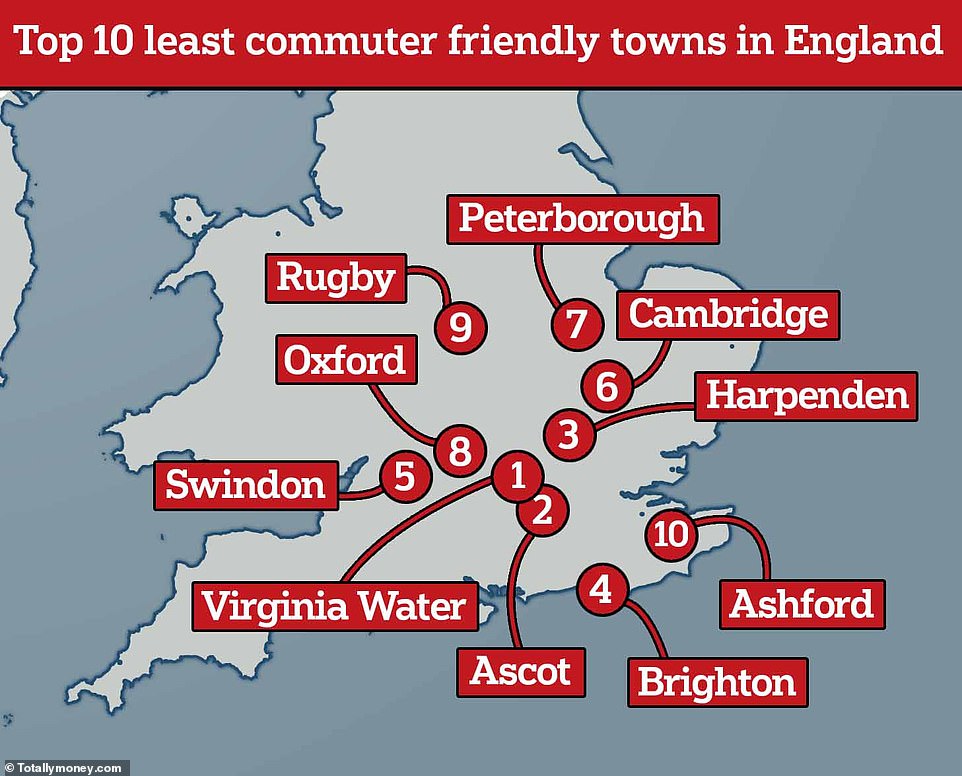 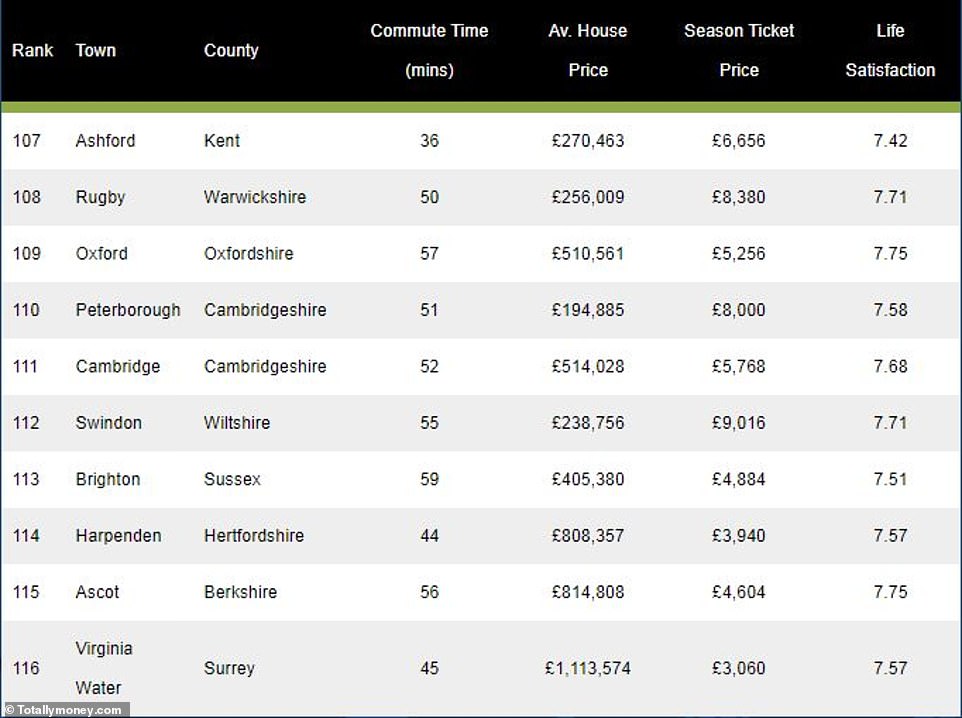 The ONS said: ‘The Bank of England highlights that the slowdown in the London market since mid-2016 is probably due to the area being disproportionately affected by regulatory and tax changes, and also by lower net migration from the EU.’

While London prices have fallen, the area remains the most expensive place to purchase a property in the country, followed by the South East and the East of England, at £325,000 and £290,000 respectively.

The North East continues to have the lowest average house price at £129,000 and is the only English region yet to surpass its pre-economic downturn peak

Last year, the Bank of England warned that a ‘disorderly’ Brexit could cause UK house prices to fall by as much as 30 per cent.