Thousands of employees are effectively turning down a pay rise by ignoring valuable work perks.

Most companies offer benefits that can save families many hundreds of pounds a year in discounts and tax, including helping you profit from the stock market risk-free, handing you the keys to a new car and saving you a third of the cost of a bicycle.

Through salary sacrifice schemes, you can cash in on your wages before you pay income tax or national insurance contributions.

This means higher-rate taxpayers can get a 42 per cent boost and basic-rate earners 32 per cent.

Yet Becky O’Connor, head of pensions and savings at broker Interactive Investor, says many people undervalue such perks and so miss out.

‘Employers could help people understand the benefits of benefits a bit more, instead of just doling them out without explanation,’ she says.

‘When they take jobs, people don’t compare the different benefits that are available, they just think about the headline salary. Benefits can make a huge difference.’

But some schemes on offer may not be as valuable as they sound — and may even come with surprise tax sting.

As lockdown eases and more employees return to the office, Money Mail takes a look at the typical benefits on offer — and does the sums to see whether they are worth your while.

Some employees are given the chance to buy shares in their company at a discount price, with money taken from their wages before tax.

This fixed discount share price can be as much as 20 per cent less than the market price.

The Save As You Earn (Saye) schemes run for either three or five years and HM Revenue & Customs (HMRC) allows a maximum of £500 to be paid in every month. At the end of the term, you can either buy the shares at the price agreed beforehand or take the cash.

So if your company’s share price rises, you can bolster your savings on the stock market, or if the shares have declined in value over the period, you can simply take out your cash.

You might have to pay capital gains tax if you sell the shares and the profit is more than £12,300, but you won’t face a tax bill if you move the money to an Isa or a pension when the scheme ends.

The latest HMRC figures show that 14,420 companies offered share schemes in 2018-2019 — a rise of 35 per cent since 2015. The figures show the schemes saved workers a total of £870million a year in tax and national insurance.

TRAVEL ON TWO WHEELS FOR LESS

The Government’s Cycle to Work scheme, which aims to encourage healthy lifestyles, gives you a chance to get a new bike and any accessories for more than 40 per cent off the shop price.

Your company pays for the bike upfront, then you pay to use it through your salary, typically over the following 12 months.

The money comes out of your salary before taxes, so you pay much less for the accessories than you would if you bought them directly from a shop. At the end of the hire agreement, you can extend the hire, return the bike or buy it for a nominal price.

The spending cap used to be £1,000, but now many companies allow you to spend more.

Workers have to apply to their company for vouchers that can be used at participating bike stores.

By using the Cycle to Work scheme, you could save £420 on the cost of a £1,000 bike as a higher-rate taxpayer, or £320 as a basic-rate earner. The final bill for ownership is typically priced into the monthly payments.

Industry body the Cycle to Work Alliance says that over the past ten years, more than 1.6million employees have taken advantage of the scheme. More than 40,000 firms currently offer it.

As it is a consumer hire agreement, you’ll still have to keep up the payments if your bike is stolen — so check whether your home insurance policy covers this.

Technically, the bike should be used for business or commuting purposes (otherwise it would be considered a ‘benefit in kind’, which would mean you ought to pay income tax on it).

If you find a new job or are made redundant, you must pay off the remaining cost of the agreement, but without the tax savings.

TAX TRICKS WITH A COMPANY CAR

A company car can be a major job perk, and 850,000 of us have one — but complicated tax rules mean any wrong turn could lead to a costly bill.

David Chandler, director at tax consultancy HRUX, says the taxes workers have to pay on petrol and diesel company cars can now be based on up to 37 per cent of the price of the vehicle, whereas electric cars attract just 2 per cent tax.

He says: ‘Employees entitled to a company car have a minefield of complexity in 2021 when choosing their next vehicle.’ 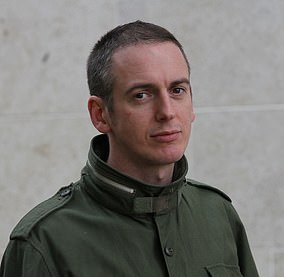 Dream home: David Connor was able to put down a deposit on a house

Father-of-three David Connor was able to put down a deposit on a house after setting aside just £15 a month for his company’s Save As You Earn share scheme.

The video maker at investment broker Hargreaves Lansdown signed up to the plan nearly 15 years ago.

It offers employees the chance to buy shares in the company at a discounted rate every month before tax is taken, for a set period.

At the end of that time, they can either sell the shares or take back the money they paid in.

Since David started saving with the scheme, Hargreaves Lansdown shares have risen by more than 745 per cent.

He has used it repeatedly, recently to add an extension to his house.

‘You have nothing to lose,’ says David, 43, who lives in Bristol.

He adds that the scheme has been ‘life-changing’ for him and his­ ­family: ‘We were able to afford a place in a really nice part of town. House prices were low at the time as well.

‘Because of the share save scheme, we were able to put an extension on the back of the house and add a loft room, too.’

David, who has to pay capital gains tax on the returns, now saves £350 a month into the scheme and says that whatever happens to the share price, he knows that he’ll have a good savings pot at the end of it.

Figures from HRUX show that a new Volkswagen Golf diesel would cost the employer £18,000 to provide and the employee £9,035 in tax to lease over three years.

Employees can also pay to lease a brand new car through salary sacrifice schemes. Costs including insurance, breakdown cover and road tax are included in the price of a package, leaving you to pay only for fuel (or electricity).

But, unlike the Cycle to Work scheme, you will need to pay tax on this. That’s because it is a benefit in kind, so you will face an additional tax charge based on the value of the car, its CO2 emissions and your tax bracket.

HRUX sums reveal that leasing the Volkswagen diesel via a salary sacrifice scheme would cost a worker £19,569 over three years; while the electric car would cost them £10,170.

However, once you sign up to a salary sacrifice car lease a­greement, you are locked in for the duration of the contract, even if you are struggling to make the payments.

Work benefits firm Caboodle has launched a salary sacrifice scheme alongside Halfords, which allows employees to save up to 12 per cent on car maintenance costs.

The scheme covers MoTs, services, vehicle repairs and maintenance over 12 months for workers’ and their family’s vehicles.

Discounted rates for private health and dental treatment are available for many workers and their families. With this they can usually access treatment faster than they would on the NHS. However, these are benefits in kind, so you would need to pay your rate of tax on the value of the cover provided by the firm.

If the perk is worth £100 a month and you are a higher-rate taxpayer, you will have to pay back £40 to the taxman monthly, or £480 a year. If your tax code is not adjusted to take this automatically, you could end up with a surprise bill at the end of the financial year.

The average cost of private health insurance is £1,435 a year, according to comparison site ActiveQuote.

You should also check to see whether you have income protection and life insurance in your work contract. This could save you doubling up by buying separate policies.

GOLDEN EXTRAS THAT ALL ADD UP

Pension perks should not be ignored. A generous pension scheme, offering contributions of as much as 20 per cent of your salary, could be seen as a deferred pay rise compared with the minimum contribution rate of 8 per cent.

Some large firms also give you the chance to borrow the money to pay for a rail season ticket interest-free, enabling you to benefit from the annual discount. And companies may offer shopping deals with certain retailers, opportunities to earn cashback, and money off at restaurants.

BUT DON’T FORGET – THERE MAY BE DOWNSIDES TOO

It may sound obvious, but bear in mind that signing up to a salary sacrifice scheme will lower your pay. This could, in turn, affect how much you are able to borrow and how much is paid into your pension.

Pension contribution rates are paid on your take-home pay, not your gross pay. So if your employer pays 5 per cent of your wages into your pension and your pay falls by £5,000 because of salary sacrifice benefits, you will lose 5pc of that £5,000 — or £250 a year — in contributions.

Peter Moroz, chairman at tax consultancy Innovation, says: ‘There are details to consider with a salary sacrifice; it is a real reduction in earnings. It could affect mortgage-references and state benefits such as maternity pay.’

But, he adds, employers can often provide benefits such as private healthcare and gym membership at a lower cost, and workers can still save on National Insurance at up to 12 per cent.

He also warns: ‘Employees on low earnings should be particularly careful to ensure that any salary sacrifice arrangements don’t take their salary below the annual lower earnings limit, as this could affect contributory benefits such as the state pension.’

Conversely, if you are a higher-rate taxpayer and have young children, using salary sacrifice schemes may mean you are able to keep more child benefit money.

Families in which one parent earns more than £50,000 a year have to repay some of their child benefit payments. The amount clawed back increases the more they earn — and if it’s more than £60,000, they have to pay back all the benefit.

Yet by using salary sacrifice schemes and paying more into their pensions, these parents can reduce their taxable income — and therefore the amount of child b­enefit they have to give back.