A wealthy businessman used his white Bentley Continental to mow down and cripple a former friend following an argument about children’s football, a court has heard.

Architectural company director Andrew Platts, 42, accidentally knocked over his own mother before driving over Arron Honzik in the grounds of his spacious home.

Mr Honzik suffered catastrophic injuries as he ended up under the wheels of the luxury car, pinned against a fence and with his hands caught up in barbed wire. 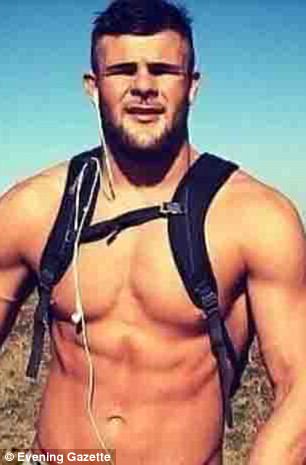 Newcastle Crown Court was told the collision broke his spine, pelvis, and legs, punctured both his lungs and resulted in him being paralysed from the waist down.

The argument began, the jury heard, over a Facebook boast from Platts that his son would play for Middlesbrough Football Club at some point in the next 10 years.

A response from Mr Honzik that he would happily take the bet was misconstrued as an insult and resulted in a fall-out between the two men, the court heard.

Mr Honzik told the court that in an attempt to ‘sort out’ the issue he visited Platts at his large detached home on the outskirts of Great Ayton in North Yorkshire.

Platts pulled up with his children in the car just after Mr Honzik, 26, arrived. 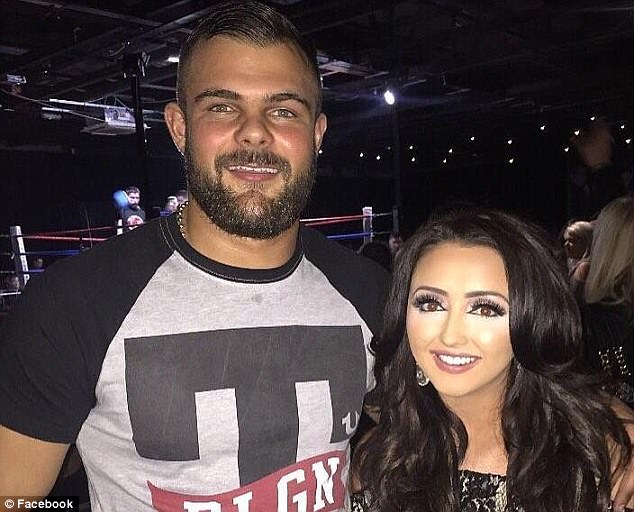 Mr Honzik (pictured with his girlfriend Chloe Spriggs) was badly injured as he ended up under the wheels of the car, pinned against a fence and with his hands caught up in barbed wire

The court was told he put the youngsters in the house before jumping behind the wheel of the car and driving straight at Mr Honzik, accidentally knocking his mother over in the process and causing her to suffer a head injury.

The defence in the case will claim that Platts was in fact trying to escape Mr Honzik, who they say was in a ‘steroidal rage’ and accidentally knocked over his mum in his anxiety to get away.

In a recorded police interview played to the court Mr Honzik told of his agony.

He said: ‘I tried to free myself and climb over the fence and he just blasted me again. I remember the wheel going over me and thinking ‘is this really happening?’

Sitting in a wheelchair, he told the court via video link that the incident had changed his life forever.

He said: ‘I’m paralysed from the waist down. They were talking about amputating. It’s torture.’

Mr Honzik described what happened in the violent confrontation on October 4, 2016.

He said the pair had been ‘friends for some years but not good mates’ and had a fall-out following ‘derogatory comments’ made on a post from Platts.

Mr Honzik said in evidence: ‘He put a post on Facebook about taking bets for his son to play for Boro in the next 10 years.

‘I commented saying ‘I’ll take some bets’ – it wasn’t a (sarcastic) comment, I just thought ‘don’t give the bookies money give it to me.’ 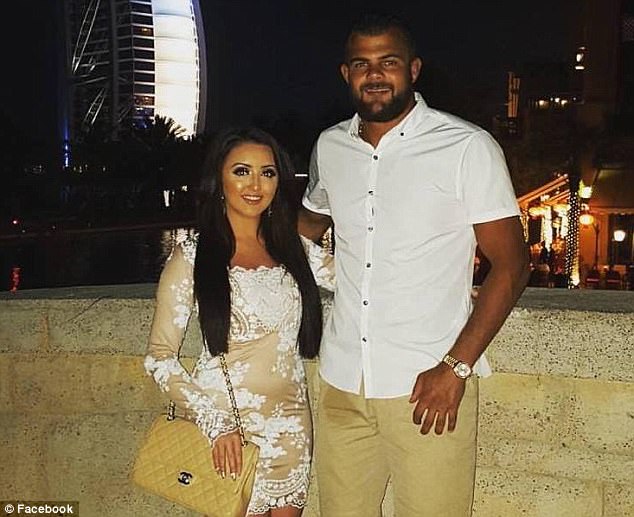 Mr Honzik (pictured with Miss Spriggs) was paralysed from the waist down in the crash, whcih also broke his spine, pelvis, and legs, punctured both his lungs

The apparently innocuous exchange led to further arguments leading to the showdown at the farm.

Mr Honzik said: ‘I don’t like confrontation and to go to someone’s house for an argument or a scuffle is embarrassing. That is not me.’

Asked by Simon Bickler, defending: ‘Were you there for a fight?’ he simply replied ‘no’.

Mr Bickller said: ‘In order to try and get the access of the driver side door blocked Mr Platts had to manoeuvre the wheel so the driver’s side blocked your access. 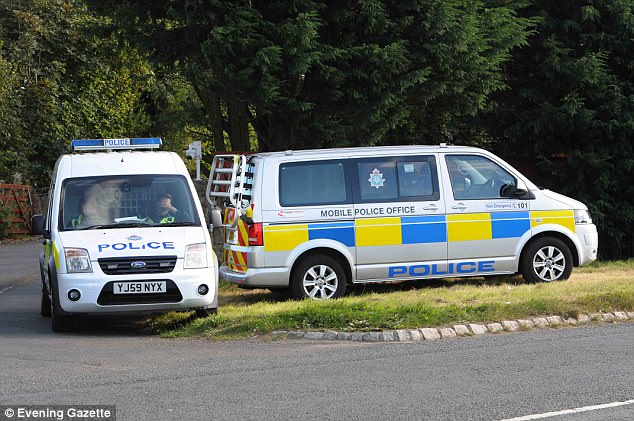 But Mr Honzik insisted: ‘I was deliberately chased.’