Daniel Lingham, 65, from Norfolk, was sentenced to 18 weeks in prison for collecting more than 5,000 birds eggs, many of them from endangered species. In 2005 he was sentenced to ten weeks for a similar crime

A ‘compulsive’ collector who illegally amassed thousands of the UK’s rarest birds eggs was put behind bars today.

Daniel Lingham, 65, dressed in camouflage from head to toe to swipe the eggs which had fallen from the nests of wild species at nature reserves around Norfolk, a court heard.

But after being caught by police with a wooden catapult, binoculars and tree climbing ‘crampon-style’ boots, he told them: ‘I’ve been a silly man, haven’t I?’

When he was searched by officers at Cawston Heath, Norfolk on May 21, they found nine linnet eggs he said he had picked up from the ground.

After searching his home in Newton St Faith, Norfolk they found 5,257 more eggs from various species stashed in rooms throughout his house.

The eggs were from 298 different birds, 53 of which were classed as ‘schedule one species’, meaning they were highly endangered.

Speaking at Norwich Magistrates’ Court today, prosecutor Colette Harper said the eggs could have been taken from up to 134 locations across Norfolk.

At an earlier hearing, Lingham admitted five offences under the Wildlife and Countryside Act. 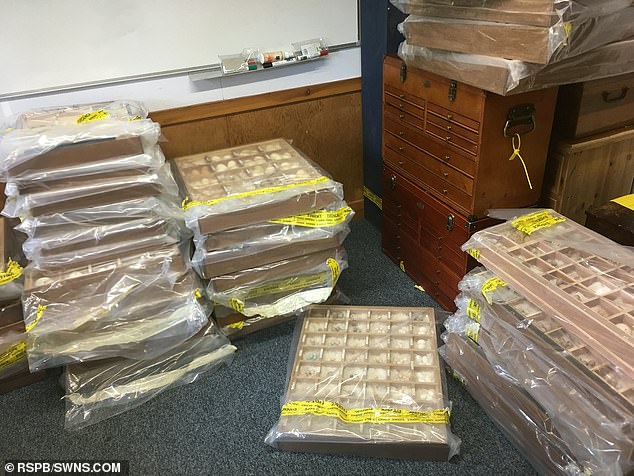 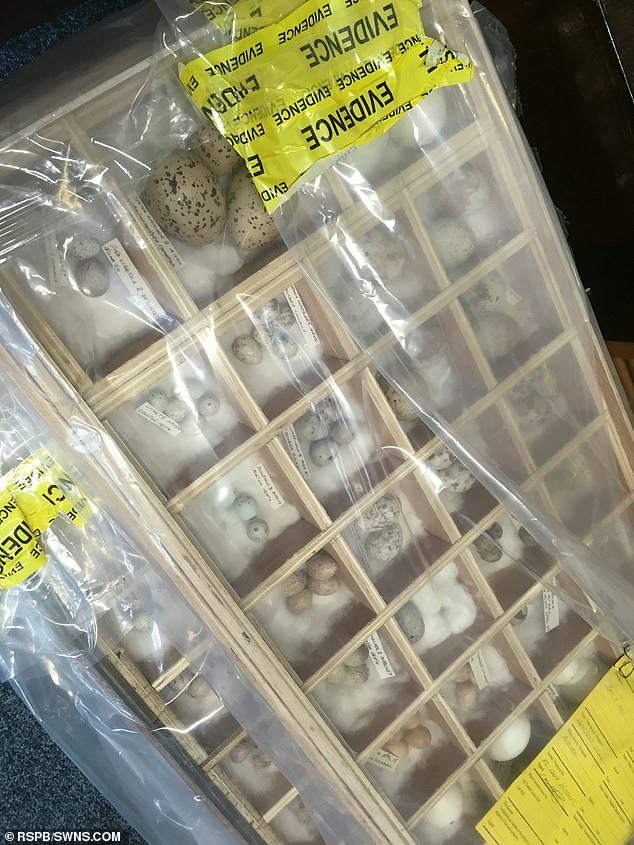 The court heard that Lingham was convicted of similar offences in 2005 when he was sentenced to 10 weeks in prison for illegally collecting more than 3,000 eggs.

Speaking after the conviction, RSPB Senior Investigator Mark Thomas told MailOnline: ‘Some of the species Mr Lingham has targeted are on the brink of extinction in the UK.

‘We have less than 10% of the turtledoves we had just two decades ago, the species is in serious trouble across Europe and one we invest almost £200,000 a year in trying to save, and yet Mr Lingham has deliberately and spitefully targeted it in some of the few places you can still find them in the UK.

‘Or the nightjar which is down to just 4,600 males every egg stolen from the wild pushes us closer to losing the species entirely.

‘He also stole eggs from marsh harriers, a bird rarer than the golden eagle in the UK.

‘His actions have single-handedly attempted to undermine the work of the RSPB and other organisations along with a huge number of volunteers all trying to save species from extinction so that future generations can continue to enjoy them in our skies.’ 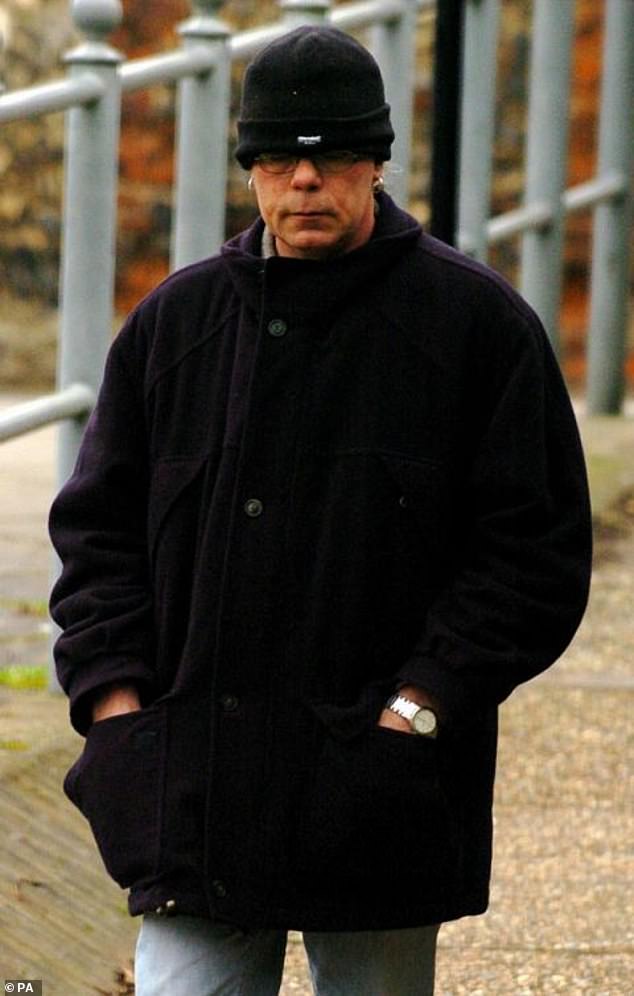 Lingham, pictured here arriving for court in 2005, was sentenced 13 years ago to ten weeks in prison for a similar offence involving 3,000 eggs

Today prosecutor Mrs Harper said aggravating factors in Lingham’s case included his prior conviction and ‘a lack of full and frank admissions at the time’.

She described the egg collecting as ‘totally unnecessary and damaging’, causing ‘not only local but regional decline’.

James Burrows, defending Lingham, said his client had completed at least six sessions with a psychological therapist to deal with his ‘obsessive compulsive disorder’, which was driving ‘an addiction to collecting wild bird eggs’.

Mr Burrows said Lingham had ‘a difficult relation’ with his father as a boy, adding: ‘The only way his father would give him praise was if he collected rare eggs.

‘It has somewhat snowballed from there over all these years.’

Chairman of the bench Darren Gilkes sentenced Lingham to 18 weeks in jail, nine of which will be served in custody.

He was also handed a 10-year Criminal Behaviour Order.

Mr Gilkes: ‘If you break this CBO, you could be put in custody for five years.’

Mr Gilkes ordered the destruction of the catapult, binoculars and tree climbing boots.

The court also heard the eggs would be given to the Natural History Museum.

Talking of Lingham’s egg-collecting, Mr Gilkes said: ‘That is damaging for the whole community. They [the eggs] can never be recovered.’