Con Edison chief remains puzzled as to what caused Saturday night’s five-hour Manhattan blackout, left 73,000 customers without power and caused serious disruption in the heart of the city

The leader of New York city’s electric company, Con Edison, are still trying to determine the exact cause of the massive Manhattan blackout that cut power to 73,000 customers and left hundreds of city blocks in darkness Saturday night.

Con Ed officials initially thougth a fire was to blame for the outage on the city’s Upper West Side neighborhood.

Con Ed President Tim Cawley told reporters Sunday a malfunctioning transmission bus in a substation on the western end of W. 49th St. was the root of the calamity.

But company officials haven’t figured out what led to the device breaking or how the faulty mechanism caused such a large outage after ruling out high electrical usage as the catalyst.

‘We designed the system such that for the loss of any two major components we could still run the system on the hottest day of the year,’ Cawley told the New York Daily News.

‘We’ll understand the dynamic of the grid, and why a failure of one component led to a much wider impact on the system,’ he added. 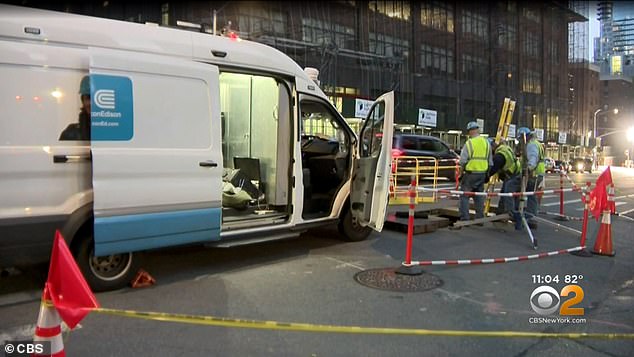 Con Ed blamed a W. 49th Street electric substation’s failure for leaving much of Manhattan in darkness Saturday, but the precise cause of the malfunction is still unknown 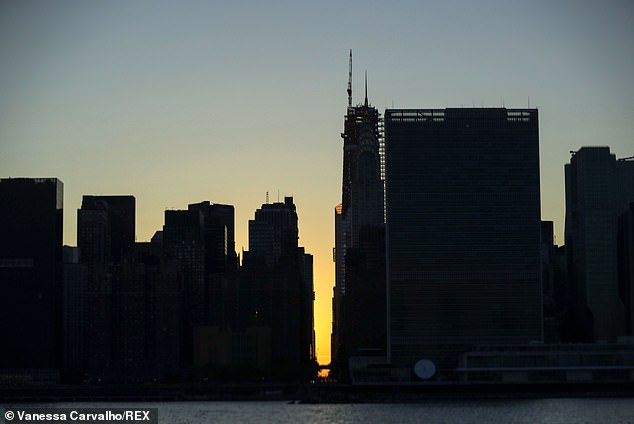 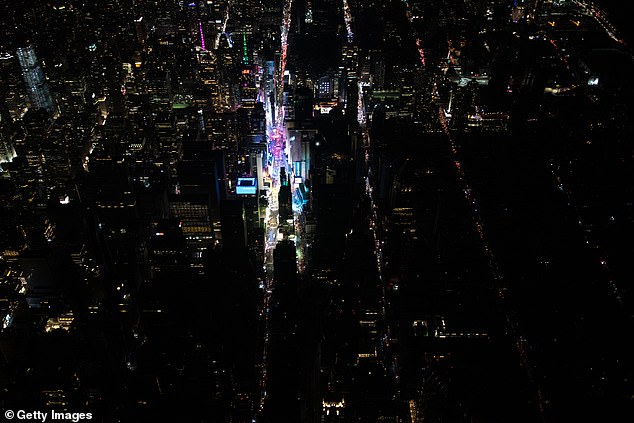 New York Mayor Bill de Blasio, who was criticized for continuing his 2020 presidential campaign in Iowa while the city he’s in charge of was in crisis Saturday night, said his office is working with Con Ed to solve the blackout conundrum.

‘When that analysis is complete, and we’ll do it in stages, any changes that are needed in terms of changing the physical approach, new regulations, whatever it may be, we’re going to get to work on immediately,’ the mayor said.

New York Gov. Andrew Cuomo has sent his own team of investigators to research the blackout’s cause after telling reporters he doesn’t trust Con Ed, which has a recent history of technical failures.

A substation explosion in Queens, New York left the city’s night sky with an eerie blue glow in December. 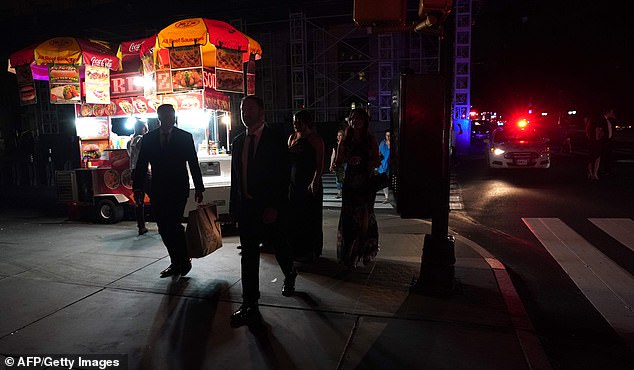 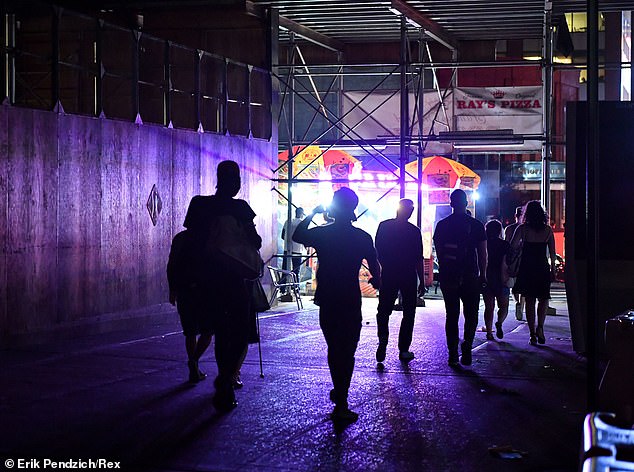 People are seen walking on 7th Avenue during the blackout 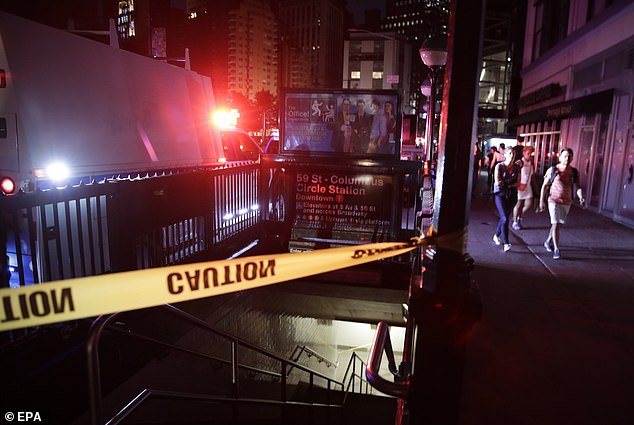 The Saturday night blackout coincided with the 42nd anniversary of New York’s historic 1977 blackout, which left most of the city without power for 25 hours.

Back then, vandals and thieves took advantage of the situation by setting fires and looting stores, leading to nearly 3,000 arrests in the span of a day.

No such reports of mass mayhem and hysteria were found during the city’s most recent descent into darkness, but figuring out why it occurred remains a top priority for infrastructure and political leaders.

‘It will take some time to make sure we get exactly right what happened here,’ de Blasio said. 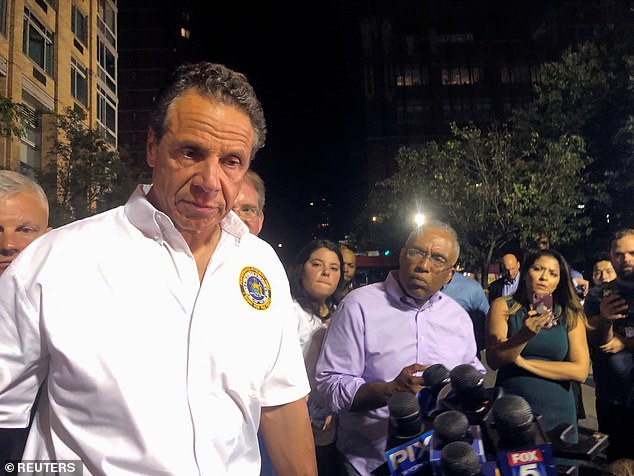 New York Gov. Andrew Cuomo (left) said he doesn’t trust Con Ed and has sent his own team of investigators figure out what happened