Carol singers alarmed a woman so much she called 999 to report them to police – because they were sixteen miles from home.

The woman in Harrogate was left feeling uneasy when the singers from Leeds knocked on her door, around a 40 minute drive from the city.

So concerned about what their true intentions may be – behind their festive cheer and door-to-door singing, she called police.

While the force’s tweets rarely get reaction – the note about the woman’s call was extremely popular, being liked by more than 900 people.

The force wrote: ‘Caller from Harrogate who is aware of Christmas carol singers in the area who she believes are from Leeds. Caller believes they are up to no good as they are not local to area – observations passed to local officers.’

The tweet was liked hundreds of times and dozens of people saw the funny side.

Jonathan Allan said: ‘Build a wall and make Leeds pay for it.’

Chris West added: ‘Ah Harrogate. Or as we call it, that bit of Yorkshire that is forever Surrey.’

Another joked: ‘They came here, I wasn’t happy about it, they left singing ‘all I want for Christmas is my two front teeth.’ 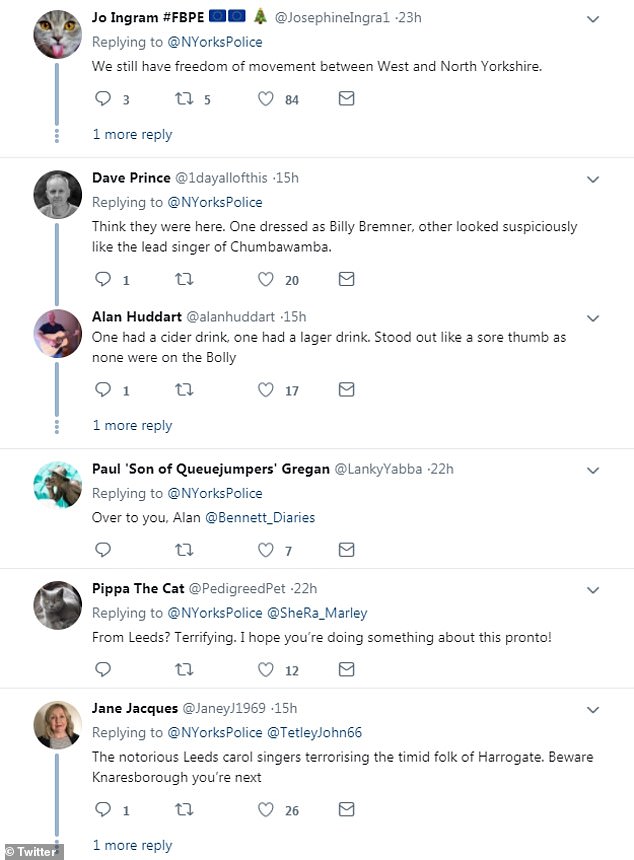 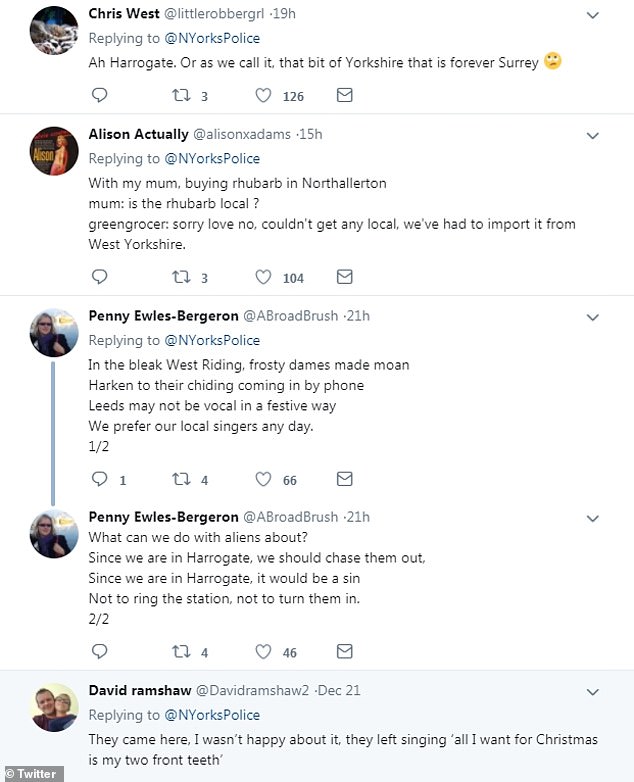 Tweets from people in the area revealed they found the call hilarious. Police have asked people to use the 999 line for emergencies only

Another added: ‘Well done to this caller for being vigilant and trying keeping Harrogate safe. Shame the people of Salisbury didn’t spot a couple of Russians acting suspiciously spraying stuff on door handles. Could have saved a lot of bother.’

The following day officers were called over a fish and chip shop bungle, they revealed. They asked the public to take the 999 line seriously.

A tweet said: ‘We’ve received a 999 call from a woman to report that she has ordered two portions of fish and chips but that the chip shop will only give her a sausage. This is not a 999 call. Please only use 999 in an emergency.’