A concertgoer in Adelaide has reportedly been left injured during a show by US rockers Guns N’ Roses on Tuesday night.

The band’s front man, Axl Rose, reportedly hit a woman in the face with his microphone after throwing it into the crowd at the end of the band’s last song.

Rebecca Howe told the Adelaide Advertiser that the mic hit her on the bridge of the nose, leaving her bloodied and hyperventilating.

Pictured after the event, Ms Howe can been seen with severe bruising on her face, under both eyes and on her nose.

She told the publication that she was hit when Axl, real name William Bruce Rose Jr, threw his microphone out into crowd after finishing the song, Take Me Down To Paradise City.

After being struck, Ms Howe said that an off-duty policeman pulled her aside and took care of her, and attempted to stop the bleeding from her nose.

‘I  was in shock and hyperventilating,’ Ms Howe claimed. ‘My mind went, ”Oh, my God, my face is caved in”.’ 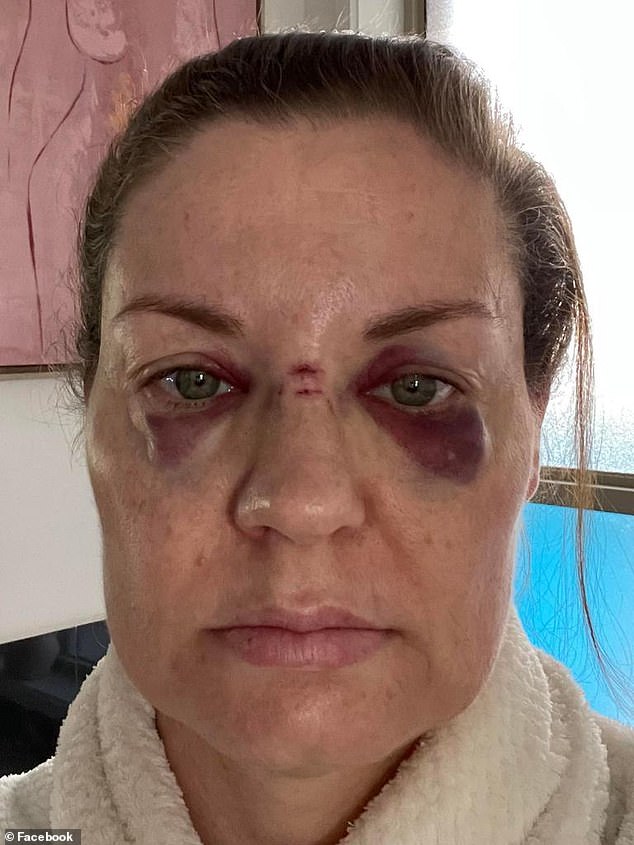 Rebecca Howe was left injured after the band’s front man, Axl Rose, accidentally hit her in the face with his microphone by throwing it into the crowd at the end of the band’s last song

She said that she worried about other concertgoers being injured, as Guns N’ Roses continue their tour, in Melbourne on December 3.

‘What if [the microphone] was a couple of inches to the right or left?,’ she said.

‘I could have lost an eye…if my head was turned and it hit me in the temple, it could have killed me.’ 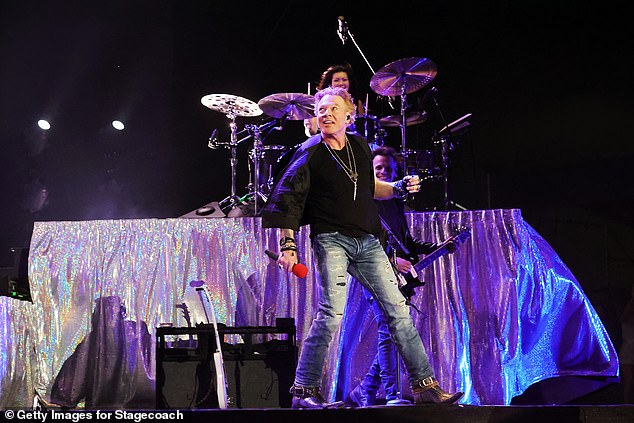 After being struck in the face, Ms Howe said that an off-duty policeman pulled her aside and took care of her, and attempted to stop the bleeding from her nose Pictured: Axl Rose, Guns N’ Roses frontman live on stage in California in April

This is not the first time a fan in Australia has been injured during a Guns N’ Roses show.

Darren Wright, from Perth, was hit in the mouth, causing damage to two of his front teeth during the band’s 2013 tour.

He later used the courts to demand compensation to recover the cost of $5,000 in dental fees. 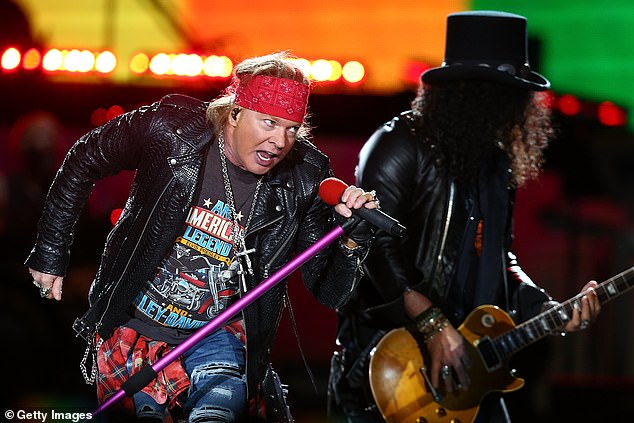 As Ms Howe tried to regain her composure, she said concert goers nearby, scrambled to claim the microphone that was thrown into the crowd, as a souvenir Pictured: Axl Rose and Slash on stage during the Guns N’ Roses ‘Not In This Lifetime’ Tour in 2017 in Perth