A lorry driver living in a shipping container bludgeoned a coffin maker to death with a power saw before dumping her body in a shallow grave, a court heard.

Neculai Paizan, 64, is accused of beating Hungarian Agnes Akom over the head more than 20 times in his home in Brent, north-west London.

Paizan, who is originally from Romania, then stuffed the 20-year-old’s body in a wheelie bin but then moved it to a park and buried it in a pit under a pile of logs, the Old Bailey heard.

Ms Akom was reported missing on May 11 last year and Paizan was arrested on May 18 and charged with her murder five days later. Her body was not found for a month.

Prosecutor Jacob Hallam, QC, told the jury: ‘On May 9, 2021, she was killed in a converted shipping container that sits down the side of a car dealership in Brent, in the northwest part of London.

‘Her body was found buried in a pit, hidden under a pile of logs and branches, in a wooded part of a recreation ground in Neasden.

‘And it was found in that state on June 14 of last year, so exactly a week before she should have turned 21.’

The weeks between Ms Akom’s death and the discovery of her body meant that decomposition was ‘advanced’ but a pathologist found she had suffered ‘at least 20 blows to her head’, jurors heard. 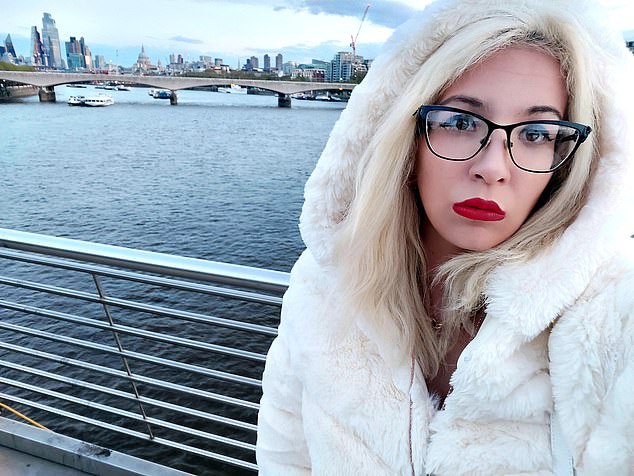 Ms Akom, pictured first went missing on May 11 last year and Paizan was arrested on May 18 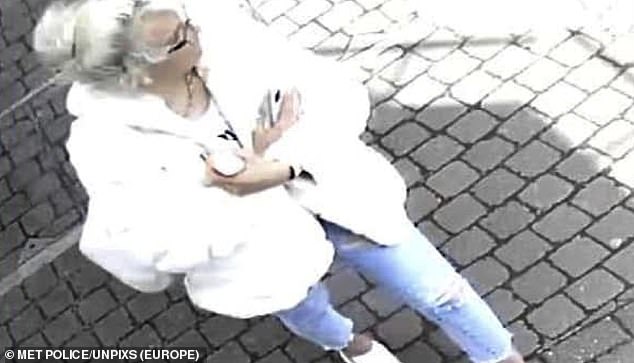 ‘Those blows had led to her death,’ Mr Hallam said.

‘When her body was found her head had been covered in a black plastic bag, secured with a cord around her throat, the bag seemingly being put on to catch the blood from the injuries to her head as it would appear that the bag was placed on her head after her death.’

Paizan had a property in Peel Street, Notting Hill, west London, but he had rented the shipping container from mid-2019.

When it was examined by police it was found to be ‘heavily stained’ with Ms Akom’s blood, even though ‘vigorous attempts’ had been made to clean it up, it is said.

In the months before the killing, Paizan was seen several times by staff at Lennox Autos, who worked near the shipping container, with a woman matching the description of Ms Akom.

Ms Akom left her flat on Cricklewood Broadway, on the morning of May 9 telling her partner that she was going to work.

Between 10 to 11am that morning, she exchanged messages with Paizan, the court heard.

She is also said to have messaged a man she worked for – Attila Molna-Feri, a Hungarian coffin maker, with whom she had an ‘intimate relationship’. 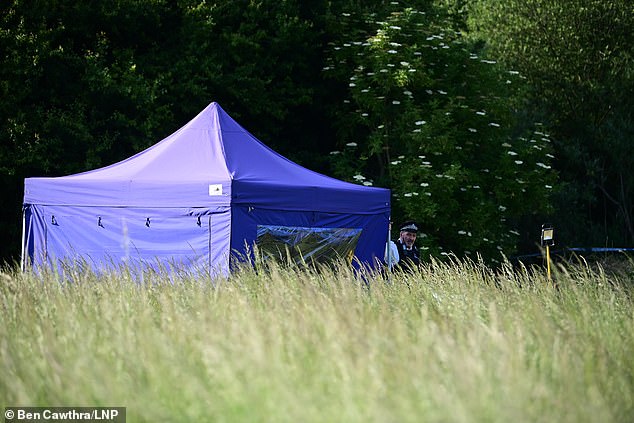 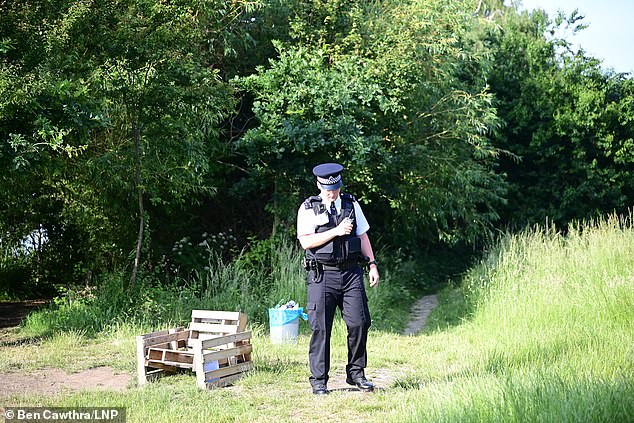 She booked an Uber to go to Mr Molna-Feri’s house, but Paizan arrived at the Costa Coffee where she was sat and, after an exchange, she got into his silver Dacia Sandero, jurors heard.

He drove them to his shipping container, arriving just before midday, the jury heard.

CCTV was played which showed the pair entering the grey metal box.

Mr Hallam said: ‘The doors close behind him.

‘That is the last time that Agnes is seen alive on CCTV.’

About half an hour later, CCTV captured Paizan leaving the container to head towards a nearby tap with ‘red markings’ on his arm, the court heard.

Nobody else entered or exited the container, the prosecutor said.

‘It is the prosecution’s case that in that time Agnes sustained the injuries that caused her death.

‘And that the red markings on the defendant’s left arm is the blood of the woman that he had just killed.’

Just after 3:30pm, the alleged killer dragged items from the shipping container unit and put them into the boot of his car, jurors were told.

Police allegedly found the jigsaw alongside her things, coated in her blood and hair.

Later that day, CCTV caught Paizan dragging a ‘large white item’ which was ‘large enough to contain a human body’ from the door of his unit to his car, it is claimed.

Mr Hallam said: ‘That was the mechanism of how he got the body of the woman he had killed out of the container.

‘He then put it into the car, drove to the flat at Peel Street, left the body in the car overnight and early the following morning headed over to the recreation ground and, using a waste bin, transported the body of the woman he murdered from bag, to bin, to burial site.

‘The prosecution case is that Agnes Akom’s body was in the white item and was placed by the defendant into the back of his car, most likely into the boot.’