Concrete slab may hold remains of woman missing since 1989

Tests on a hunk of concrete may soon solve the 1989 disappearance of a young mother – by determining whether her remains were fed through a wood chipper and then entombed in the basement of a duplex.

A forensic pathologist is ‘dissecting the walls, so to speak, piece by piece, hammer-and-chisel type, looking for the smallest of clues,’ Miller, no relation to Barbara Miller, said last week.

He called it ‘mere speculation if a wood chipper was or wasn’t used. Obviously the presence of wood chips in a concrete wall is highly suspicious.’

Tests will be conducted on a slab of concrete to see if it contains the remains of Pennsylvania woman Barbara Elizabeth Miller (pictured), who went missing on July 1, 1989. Her ex-boyfriend, Mike Egan, reported her missing four days later 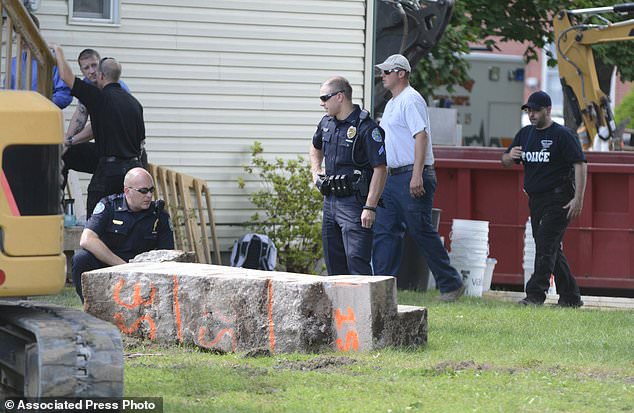 When searching the basement of a Milton home once rented by Egan’s sister, police found concrete later revealed to be containing wood chips (pictured, June 2017). Tests on the concrete will determine if Miller’s remains were fed through a wood chipper and then entombed in the duplex’s basement

An affidavit used to obtain a search warrant for the duplex, located in Milton, disclosed that investigators believe the woman may have been killed by her ex-boyfriend, a onetime Sunbury police officer named Joseph Walter ‘Mike’ Egan.

Barbara Miller, then 30 years old, was last seen on July 1, 1989, after she attended a wedding and went with friends to a bar in Mifflinburg. It is believed she was killed in her Sunbury home.

He was identified by police in the affidavit as the lead suspect.

Egan, who trims trees for a living, denied on Friday that he had anything to do with Barbara Miller’s disappearance.

The Milton home, where the concrete slab was recovered from, was rented from a judge by Egan’s sister, Cathy Reitenbach.

Tim Miller said an informant told him that Reitenbach told the informant in 1990 that she had been one of the last people to see Barbara Miller alive. Reitenbach died in January. 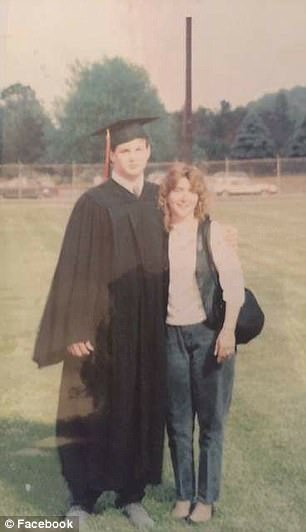 Over the years, Egan (not pictured) has remained the lead suspect in Miller’s (right) disappearance

The police affidavit said several people have claimed over the years that Egan would talk about driving past his sister’s home in Milton to ‘visit’ his ‘old lady’.

The affidavit also says Barbara Miller had complained to police in the months before she disappeared about Egan and, days before she vanished, told friends she feared for her life.

Her teenage son, Eddie Miller Jr, said she and Egan had a fight the night before she disappeared over her plans to attend a friend’s wedding without him.

Eddie Miller also recalled that the morning after the wedding, Egan was driving his mother’s car, and the tires were covered with yellow clay that he thought was related to concrete work.

‘Let me tell you something. It was my car, not her car,’ Egan said.

Although a judge declared Barbara Miller dead in 2006, the Sunbury Daily Item, a local paper, began looking at the case again and encouraged Tim Miller to investigate after he became police chief last year.

‘This is most action this case has ever seen, and you can’t ask for more than that,’ said Daily Item reporter Francis Scarcella. ‘There’s no miracle, but we’ve got the attention of people now.’

The chief found a 2009 report in department files that recorded a tip that Barbara Miller’s remains were in the Milton home, but apparently the tip was not pursued.

He also located a 2004 report in which three people claimed ‘that Egan put a body inside the wall of a home,’ Tim Miller wrote in the affidavit. 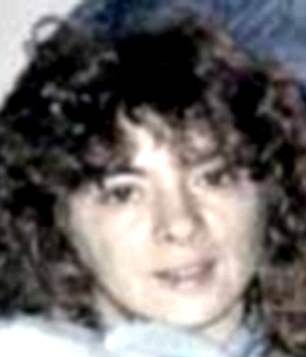 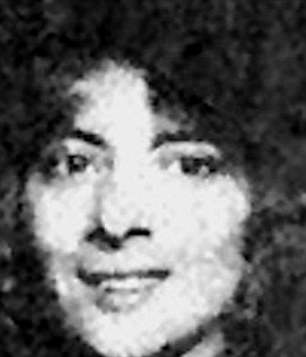 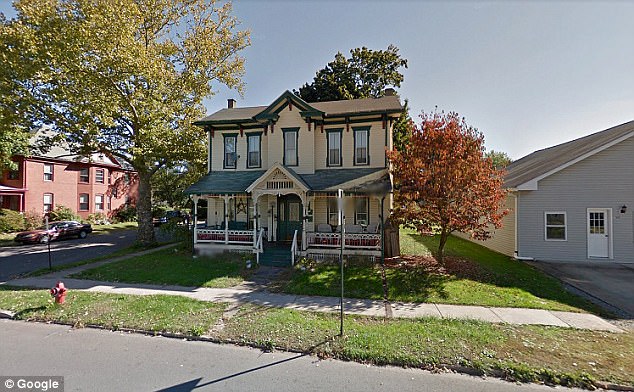 The Milton home’s current owners let investigators into the basement, where they found ‘highly suspicious construction’, including a concrete floor that was added on, with portions of what appeared to be hand-mixed concrete.

A small room in the basement, Tim Miller wrote, ‘was very peculiar,’ with thick concrete walls and an exhaust fan.

In early June, police brought in more than a half-dozen cadaver-smelling dogs that all separately alerted that human remains may be present in the basement or in material taken from the basement.

During a subsequent week-long dig, police hauled the massive rectangular chunk of cement from the basement, leading to last week’s announcement that it contains wood chips.